Where Is Samantha Lewthwaite Now? 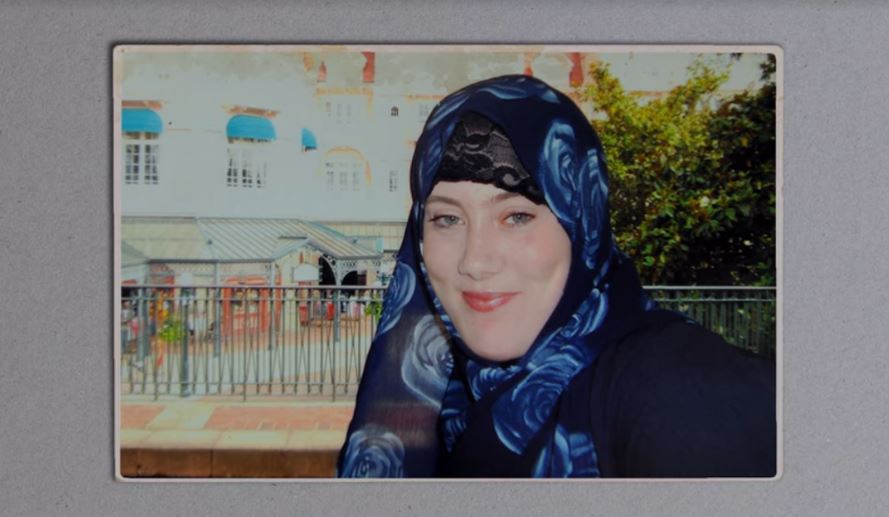 ‘World’s Most Wanted’ is the newest true-crime series on Netflix. If you liked ‘Unsolved Mysteries’ and maybe even thought up a few theories to solve each case on there, then, trust us, this one will be to your liking as well. By doing an in-depth profile on some of the deadliest Mafia bosses, terrorists, and cartel leaders around the world – who have eluded capture for decades – it presents extreme international mysteries that leave us begging for more. One such criminal that we got the opportunity to know about was, of course, Samantha Lewthwaite – The White Widow.

Who Is Samantha Lewthwaite?

Samantha was born in Banbridge, County Down in 1983 to Andrew and Elizabeth Christine Lewthwaite. Her father is a former British Army soldier who served with distinction in Northern Ireland, where he met her mother, back in the 1970s. Following her birth, Samantha lived there, among the violence for a short period of time. As Patrick Mercer, a former British Army Colonel said on the series, she was “born of a terrorist situation, in terror, and eventually turned to a terror herself.” Following her parents’ separation in 1994, she relied mostly on her Muslim neighbors and spent almost all her time with her Muslim best friend. By the time she was 17, Samantha had converted to Islam and adopted the name Sherafiyah.

In the early 2000s, she met Germaine Lindsay online and decided to meet him face-to-face for the first time at a Stop the War march in Hyde Park, London. Subsequently, the two got married on October 30, 2002. Three years later, on July 7, 2005, while Samantha was more than 7 months pregnant with their second child, Germaine blew himself up on an underground train traveling between King’s Cross and Russell Square tube stations. He killed 26 civilians in his suicide bombing. At first, Samantha played the role of a naive wife perfectly well, so well, in fact, that the police had no reason to suspect her – even though she had reported her husband missing almost a week after the bombing.

She denied having any prior knowledge of the attack and was even placed in protective custody after her home was firebombed in the immediate aftermath of the bombings. However, after further inquires, it was revealed that Samantha had associated with Mohammad Sidique Khan – the ringleader of the London bombers – before the attacks. But, by that time, she had vanished. In December of 2011, a raid in Kenya led the authorities to Samatha, but she was using a different name – Natalie Faye Webb. And so, she wasn’t speculated. By the time they found out that it was a stolen identity, she had vanished again.

The anti-terrorist police in Nairobi, Kenya, issued an arrest warrant for a white woman using the false name of Natalie Webb. After liaising with the Scotland Yard, they were able to determine that the woman was positively Samantha Lewthwaite and had been using at least three other identities. It wasn’t until 2012, when Interpol issued an arrest warrant for her, that she officially resurfaced. In that warrant, the authorities noted that there was a possibility of Samantha being not just a part of Al-Shabaab, but also masterminding some of their attacks. These included the 2012 grenade bombing on a bar in Mombasa, and the 2013 attack on a shopping mall in Nairobi. Al-Shabaab is a terrorist organization that made allegiance with Al-Qaeda in 2012.

Where Is Samantha Lewthwaite Today?

Samantha Lewthwaite remains at large to this day. Though The Sun reports that there are rumors that she was killed by a Russian sniper in 2014, the claims have never been verified, not once. It is believed that Samantha is currently hiding out in one of Al-Shabaab’s territories near the Kenya-Somalia border. Her last known location, that the authorities have let it be known, was Jilib. But, because it’s a militant group controlled territory, arresting her there was difficult. The law enforcement officers couldn’t even use a drone to kill her as that would be illegal- she is technically still a British citizen. Keeping surveillance on her is the only thing that can be done right now. But, one thing is for sure, she can’t stay hidden forever. (Featured Image Credit: Netflix / World’s Most Wanted)