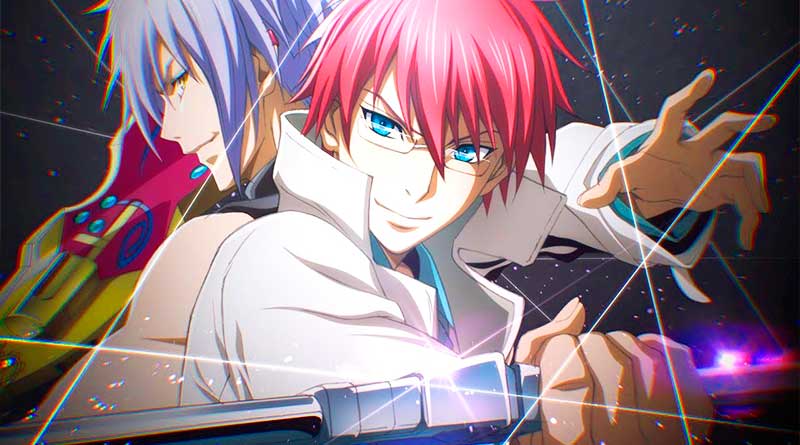 Dances with the Dragons (also known as Saredo Tsumibito wa Ryuu to Odoru in Japanese) is a fantasy anime television series which is based on a light novel series of the same name. Written by Labo Asai and illustrated by Miyagi (later, Zain), the light novel series was originally published between 2003 and 2006. In 2008, however, it changed publishers, and as of January 2018, 21 volumes had been published and new chapters are being published even to this day.

More than a decade after the initial publication of the light novel series, famed Japanese anime studio Seven Arcs Pictures announced plans to adapt the series into an anime television series and Season 1 of Dances with the Dragons premiered on April 6, 2018. Although the show was not a very highly rated one, it still managed to impress fans of the light novel series and some new viewers, and since then, fans have been waiting to hear news on a second season. Here’s everything we know about Season 2 of Dances with the Dragons thus far.

Dances with the Dragons Season 2 Release Date: When will it premiere?

Dances with the Dragons season 1, consisting of 12 episodes, premiered on April 6, 2018 and ran till June 22 of the same year. However, as of now, a second season of the show has not been confirmed and it remains to be seen whether a second season is made at all.

Dances with the Dragons English Dub:

For those who like watching anime shows in English, the good news is that Dances with Dragons has a great English dub which was released keeping in mind the show’s international followers. If you want to watch the show in English, you can find dubbed episodes on Crunchyroll.

Read more in anime preview: Legend of the Galactic Heroes

Dances with the Dragons Plot:

The show is set in a fantastical world and most of the events in the show take place in and around the city of Eridana, half of which falls under the Tseberun Dragon Empire while the other half is under the dominion of the Lapetodes Seven Cities Alliance.

Long ago in this fantastical world, dragons were the only creatures capable of wielding magic. However, over the years, humans learned to master magic using a special formula known as “jushiki”. Of course, not everyone could use jushiki, and those specialists who could, known as jushikiists became crucial for humanity in fighting dragons over the years. However, before the two races could wipe each other out, they signed a peace treaty, creating a lasting yet fragile peace across the land.

In this backdrop, the show follows down-on-his-luck jushikiist Gayus Levina Sorel, who teams up with the cruel but beautiful Gigina Jerde Dolk Melios Ashley Boeuf. Together, the duo become a fearsome bounty hunter team and they kill dragons for bounty. This all changes when they are requested to serve as security guards for a grand festival put on by Mouldeen, the ruler of their kingdom. Although Gayus and Gigina think of this to be a routine assignment, things take a sinister turn when jushikiists start being murdered one by one.

Dances with the Dragons Characters:

Dances with the Dragons has a moderately long list of characters but only a few are central to the show. Below, we’ve provided you with brief descriptions of each of the important characters.

Gayus Levina Sorel: One of the two main protagonists of the show, Gayus is a deductive and intellectual jushikiist who is down on his luck. When Gayus was a youngster, he lost his sister Aleciel and this tragedy motivated him to become a jushikiist. As a grown up, Gayus is shown to be quite a nervous person who is constantly worrying about his financial status and his relationship with his girlfriend, Jivunya Lorezzo.

Gigina Jerde Dolk Melios Ashley Boeuf: The other protagonist of the show, Gigina is a jushikiist hailing from the Drake Culture, which prioritizes honour and glory in battle above all else. While Gigina is graceful and beautiful, she is also shown to be a cruel person who thrives in battle. Gigina also has a habit of spending money on frivolous things and this practice of hers drives Gayus crazy after they start working together as a bounty hunter duo.

Jivunya Lorezzo: An Arlian born among humans, Jivunya is Gayus’ girlfriend and is a beautiful woman with blonde hair and fair skin. Like Gayus, Jivunya is also a nervous person and constantly worries about Gayus, especially when he gets injured in battle.

Nidvolk: The main antagonist of the show, Nidvolk is the mate of a black dragon named Eningiluud. After Gayus and Gigina kills Eningiluud during one of their bounty hunting missions, Nidvolk takes it upon herself to take revenge for the death of her lover. To exact revenge, Nidvolk uses her magical powers to transform into a human, and she goes around Eridana murdering jushikiists one by one. She is also shown to be an extremely powerful dragon, and when she finally confronts Gayus and Gigina, the duo barely manage to survive and kill her.