Sarm Heslop: Found or Missing? Is She Dead or Alive? 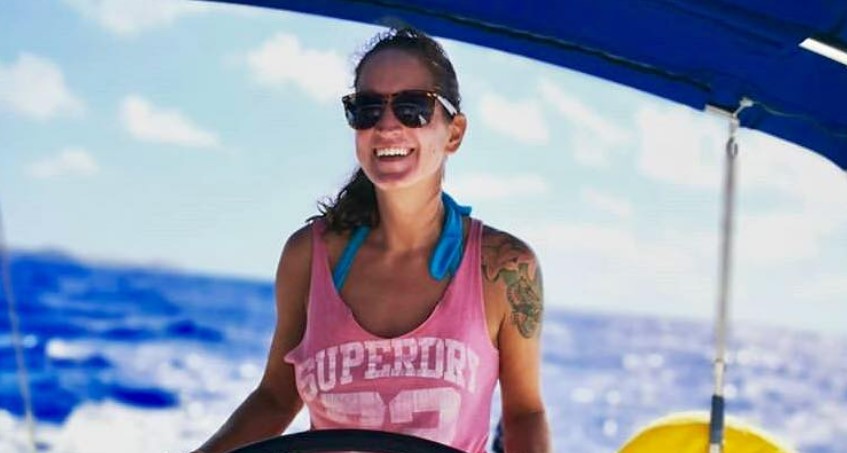 In March 2021, Sarm Heslop’s seemingly peaceful life on the US Virgin Islands ended abruptly when she suddenly vanished. NBC News’ ‘Dateline: Siren Song’ chronicles a stunning case where the authorities didn’t have a lot of information going in. But as time progressed, Sarm’s disappearance left her family with many unanswered questions. So, if you’re curious to find out more about Sarm’s case, we’ve got you covered.

What Happened to Sarm Heslop?

Sarm Heslop is a Southampton, England, native born to Peter Heslop and Brenda Street. She is a former flight attendant who later moved to the Virgin Islands to chase her lifelong dream of becoming a chef. While there, Sarm met Ryan Bane, a charter captain, on Tinder, and the two began to date. At the time of her disappearance, she lived and worked on Ryan’s catamaran, the Siren Song.

At around 2:30 am on March 8, 2021, Ryan called the authorities to report that Sarm had been missing. He couldn’t find her anywhere on his boat. The officers urged him to call the US Coast Guard, but that call came through only nine hours later. Sarm was last known to have had dinner with Ryan on the island of St. John, in the Caribbean Sea, on the evening of March 7. The island had a 10 pm curfew due to COVID-19 restrictions. Sarm was 41-years-old at the time of her disappearance.

Has Sarm Heslop Been Found?

Unfortunately, Sarm Heslop’s whereabouts have remained a mystery since she suddenly vanished. The authorities could not reliably confirm if Sarm had gotten onto Ryan’s boat during the initial phases. She had been living on the boat with Ryan at the time and would cook for tourists who took Caribbean tours on his boat. While he initially contacted the authorities at 2:30 am, there were questions regarding why Ryan delayed calling the Coast Guard until close to nine hours later.

Sarm’s loved ones were baffled by the decision and urged the authorities to investigate it. The Coast Guard stated that Ryan didn’t let police officers search the boat and didn’t let anyone go into the vessel. Another report mentioned that Sarm’s personal belongings like her phone, bank cards, and shoes were still on the Siren Song when she vanished. The authorities have since searched the shoreline and the island using multiple methods but haven’t found Sarm.

As for Ryan, he hired an attorney soon after and has declined to be interviewed. However, his lawyer maintained that he was devastated at Sarm’s disappearance. Later, loved ones announced a reward of up to $10,000 for any information regarding her disappearance. A friend, Andrew Baldwin, said, “Even the tiniest, seemingly irrelevant detail may indeed be relevant so we would implore people to come forward and inform Virgin Islands Police Department immediately if they can recall anything unusual or saw anything pertinent the night of Sunday, March 7 and early hours of March 8, 2021.”

Sarm’s family, though, has still not given up hope. Her mother, Brenda, said, “I feel like I’m in a numb bubble – I can’t bear anybody talking about her or looking sorry for me; it’s just horrible. I wake up every morning, and it’s the same nightmare. I really believe in my heart that if she was [were] gone, I’d feel it – I still have hope.” Recently, the parents traveled to the US Virgin Islands to search for answers regarding what happened to their daughter.