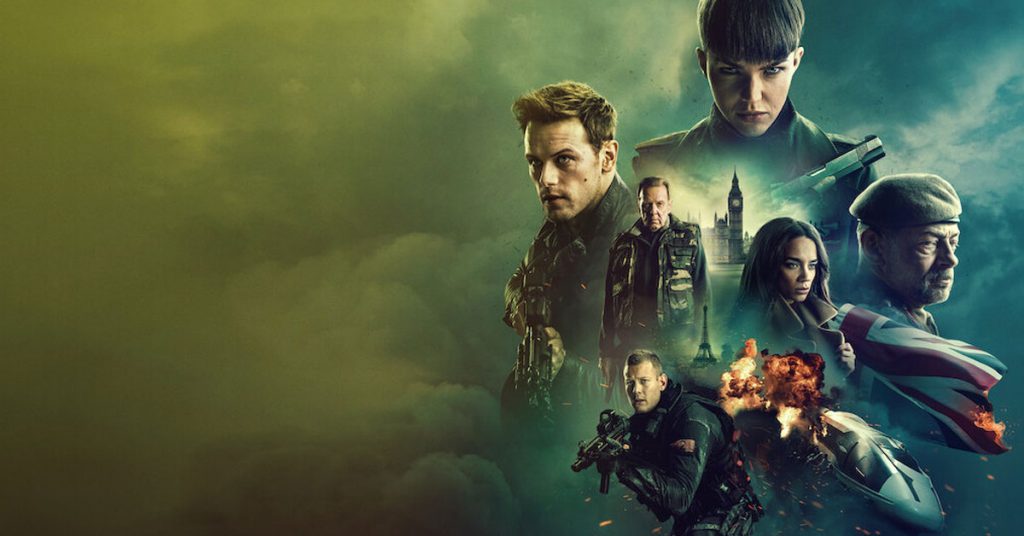 Directed by Magnus Martens (‘Jackpot’), ‘SAS: Rise of the Black Swan’ or ‘SAS: Red Notice’ is an action film that follows a British Special Air Service agent Tom Buckingham (Sam Heughan) as he takes on an elite group of mercenaries called the Black Swans in and around a train trapped in the Channel Tunnel. The Black Swans are led by Grace Lewis (Ruby Rose), who loses her father, William (Tom Wilkinson), after the British government orders his elimination.

Seeking revenge and wanting to make a statement, Grace takes the passengers on the train hostage. Unbeknownst to her, Tom, who was involved in the SAS operation that killed her father, is on the train along with his girlfriend, Dr. Sophie Hart (Hannah John-Kamen). As soon as she learns that, a deadly dance begins between the two of them. Here is everything you need to know about the ending of ‘SAS: Rise of the Black Swan.’ SPOILERS AHEAD.

The film begins with the narrator speaking about psychopaths and how almost all of them are incapable of love. He claims that psychopaths only make up 1% of the population, and the psychopaths who learn to love are even rarer. In the fictional Gveli pass in the Republic of Georgia, the British government, in collusion with a company named BritGaz, has sent the SAS to clean up a village refusing to accept monetary compensation to let a gas line pass through.

George Clements (Andy Serkis), the Head of the SAS, hires the Black Swans to force the village into compliance. When the Black Swans approach the villagers, the residents start firing at them. This prompts Grace and her father to order the deaths of every man and boy in the village. However, one of the girls there records footage of the massacre and uploads it on the internet.

Meanwhile, Tom, the heir to a British aristocrat family, decides to propose to Sophie and arranges a trip to Paris. He is suddenly called in for a mission. The British government has decided to eliminate William and take Grace into custody. During the SAS raid at the Lewis household, William is killed, but Grace and her brother Oliver (Owain Yeoman) escape with several of their operatives. They subsequently take control of a train inside the Channel Tunnel. As the SAS operatives approach the Black Swans’ location, they discover that their enemies know that they are there, making the military officers realize that there is a mole in their ranks who has been supplying information to Grace and her team. 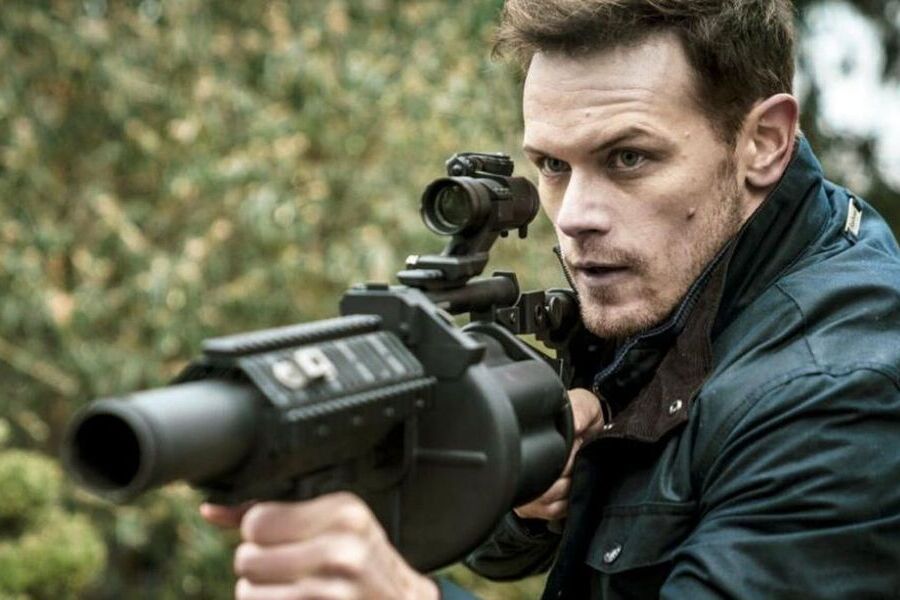 Tom and Sophie are incidentally on the train. Tom first spots Grace while going to the bathroom. He follows her, and the situation soon starts to unfold, separating him from Sophie. He begins taking out the Black Swans. When he briefly reunites with his girlfriend, she refuses to leave the train, telling him that there are injured people there who need her help.

Contacting the SAS, Grace gives the government two options: the Prime Minister can publicly admit the British government’s role in the Georgia operation, or the government can transfer half a billion dollars to the mercenaries and ensure their safe getaway. As the first option is unviable, the government decides to pay her. However, Tom soon discovers that the Black Swans’ endgame is not just money. They want revenge. There is a BritGaz gas pipeline in the Channel Tunnel, and Grace intends to blow it up. Now, he must race against time and stop Grace before that happens.

SAS: Rise of the Black Swan Ending: Who is the Mole/Snide in the SAS? What Happens to This Person?

Declan Smith (Tom Hopper), Tom’s best friend and colleague, is the mole/snide supplying information to the Black Swans. He is the one who informs them about the impending SAS raid on the Lewis household. After Tom spots Grace on the train, he calls Declan to let him know about it. Declan messages Grace to make her aware that she has been flagged. He constantly supplies information to the Black Swans and indirectly causes the deaths of passengers on the trains as well as his SAS comrades.

He seems to genuinely believe that the government’s actions regarding the Black Swans were abhorrent. His presumed share in the 5-billion-dollar ransom money most likely played a significant role in reiterating the righteousness of what the Black Swans are doing. But the idea about blowing up the tunnel proves to be too much for even him. Grace threatens Declan that she will reveal the truth to Clements to force him to keep helping them.

Right when Clements figures it out that Declan is the mole, Grace blows up the tunnel. Both Clements and Declan survive, and the latter claims that the world will be coming after Clements, not him, when it finds out what the British government has done. Unfortunately, what ends up happening is something completely different.

Clements remains the Head of the SAS, the Prime Minister doesn’t resign, and BritGaz continues its business as usual. They all blame Declan for the incident, who is forced to go into hiding with his share of the money. While he has some support from amongst the opposition, that’s not enough to stop the international manhunt for him. As the film ends, Clements calls Tom to inform him that both Declan and the money have been found.

Is Grace Dead? Is Tom a Psychopath? Do Tom and Sophie Get Married?

Yes, Grace is Dead. She uses the BritGaz pipeline to escape to France with Sophie, and Tom follows them after killing Ollie. Sophie knows that Tom works for the SAS but struggles to come to terms with the idea of him killing people, especially because she is a doctor. She knows that Tom is not a normal person, as anyone constantly exposed to that level of violence will not be. And that makes her worry about their future together. 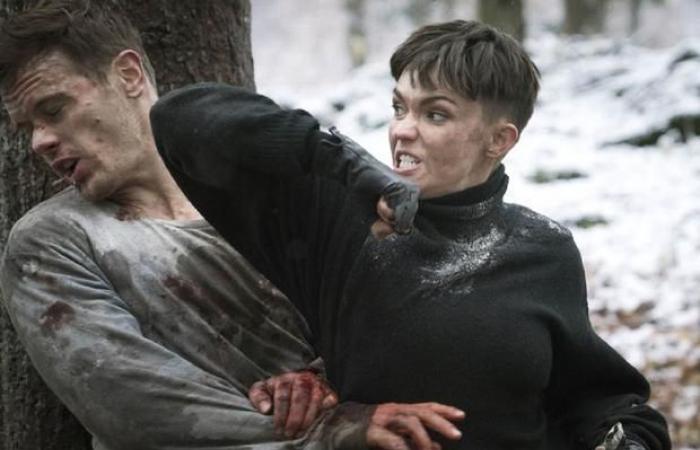 But after what happens to her on the train, Sophie finally understands him. When he finds her after coming out of the pipeline, she tells him to go ahead and do his job. As for Tom, this is a pivotal moment in his life. He has found a person who accepts him after seeing him at his worst. He continues to pursue Grace. She tries to ambush him, and they fight, which ultimately leads to her death.

Yes, Tom is a psychopath. Like Grace has inherited her psychopathic traits from her father, Tom has inherited them from his own ancestors. The ring with which he proposes to Sophie in Paris originally belonged to an Indian King whose hand Tom’s ancestor cut off during a revolution. However, Tom can channel those traits correctly. As a result, he can feel love, heartbreak, and all other emotions. So, when Sophie initially rejects his proposal, he breaks down crying. This makes Sophie realize that he is human after all.

Yes, Tom and Sophie get married in the film’s final scenes in his family’s villa in Spain, with Callum (Richard McCabe), who helps Tom manage his estate, officiating. Right before he is about to kiss his bride, he receives Clements’ call. He and Sophie decide to postpone their honeymoon as Tom goes hunting down his former best friend.