All Satoshi Kon Movies, Ranked From Good to Best 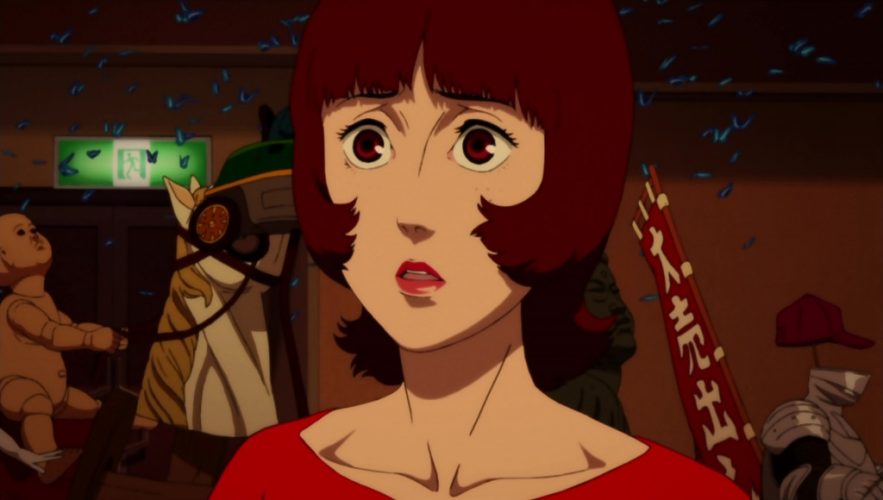 He had just a smattering of films to his name by the time of his death but Satoshi Kon was nevertheless one of the most significant and treasured anime filmmakers ever to live. After working as a writer and animator in the early to mid ‘90s – most notably for his contributions to Katsuhiro Otomo’s anthology film Memories – he made his directorial debut in 1997 with his outstanding magnum opus Perfect Blue. In under a decade he had established himself as one of Japan’s most fertile creative minds.

His cinematic output is without a sour apple in the bunch – every one of his features could be referred to as a masterpiece, not to mention his celebrated experimental television series Paranoia Agent. Kon died in 2010 shortly after he was diagnosed with pancreatic cancer – this left Dreaming Machine, his fifth film project, incomplete. With less than half of the film complete, lack of continued financing and a suitable replacement director sealed the undertaking as perpetually unfinished. His short film Ohayo is Kon’s last complete work to date and a bittersweet farewell to his invaluable cultural offerings as a virtuoso of animation and filmmaking on the whole. Here’s the list of all top Satoshi Kon anime, ranked from good to best. You can watch a couple of these Satoshi Kon movies on Netflix, Hulu or Amazon Prime. 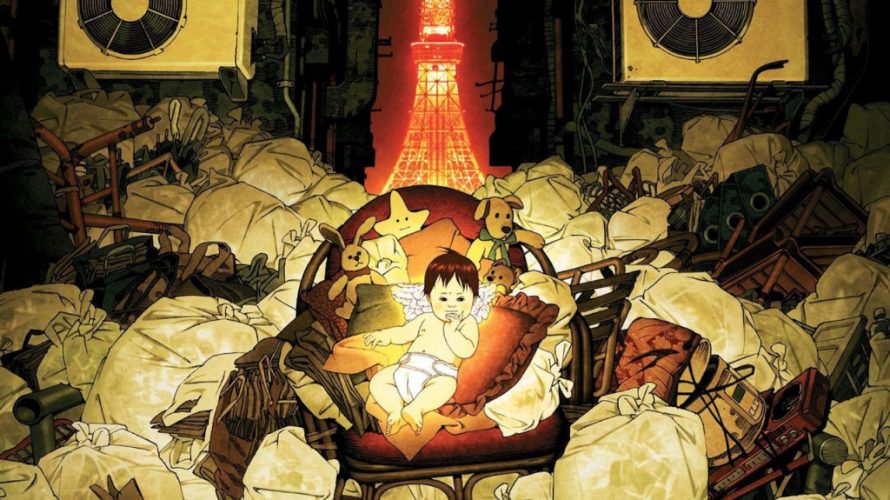 The easiest feature of Kon’s to overlook is one of his most visually and perceptively sophisticated. While the rest of his work concentrates chiefly upon ambitious and conflicted heroines maintaining multiple lives, Tokyo Godfathers instead fixates on a band of derelict misfits and the foibles and synchronicities of their attempt to keep an abandoned newborn alive and returned safely to its mother at the turn of the New Year. Kon chooses a less plot-centric mode built on coincidence, aiding the themes of tragedy and familial relations in the process.

A gruff, aging gambler and drinker, a transgender woman longing for a motherly role and a smart-mouthed runaway teenage girl make for a defective family unit, but their true temperaments come forth when faced with the responsibility of looking after the adorable foundling Kiyoko. Despite the solemnity of their situation – hardly shied away from in the dirtiest, most lifelike aspects – the humor is more prevalent than in the rest of Kon’s filmography, stemming from the discordant personalities and heated hijinks. Even with the grim plight of homelessness as its focus, Tokyo Godfather’s unpredictable flippancy is not at all grating. All three main characters are aloof regarding their path to destitution and their deficiencies – sharply diverging from the wholesome purity of Kon’s other protagonists – and they are all the more interesting to watch for that fact. 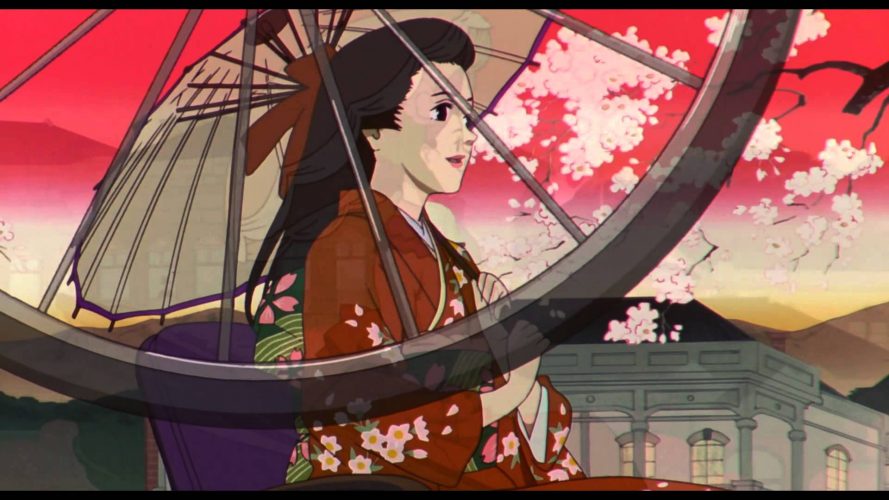 Simultaneously his most heartfelt and heart-wrenching picture, Kon’s follow-up to his initial electrifying masterwork was a clean dive right back into the juxtaposition of entertainment and reality, albeit in an entirely altered attitude.

A documentary filmmaker and his cameraman are whisked through a blur of the melancholic memories and moving performances of an aged starlet Chiyoko Fujiwara’s history in life and cinema. Based partly on Japanese actresses Setsuko Hara and Hideko Takamine, Millennium Actress’ premise comfortably lends textbook opportunities for Kon to explore his most essential themes and employ some of his most clever cutting. The film bends the truths of experiencing hardship and the similarity in playing them out onscreen into a knot nearly as tight as the one he tied in Perfect Blue, just with heightened tenderness and far less psychosomatic anguish.

Paprika would briefly touch on the power of movies through one character but Millennium Actress undoubtedly investigates and cherishes the role of cinema and the parallel it forms to our own lives – no matter if we are the rosy-cheeked heroine of the film or a wide-eyed member of the audience, we all play a part somehow. The simplest of storytelling elements – a mysterious key belonging to an anonymous companion of young Chiyoko – drives the burning emotions of Kon’s most sympathetic and quaintly delightful tale to its sentimentally heartbreaking conclusion. 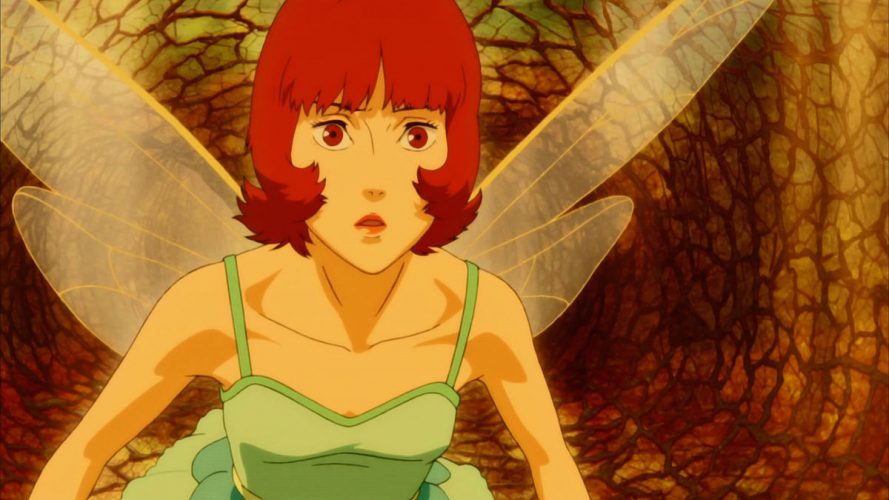 The final and most jubilantly vibrant film of Kon’s career was released four years before his untimely death at age 46, but Paprika remains a most exorbitantly visionary piece to complete a transitory yet prolific filmography. Kon borrowed from The Matrix before Christopher Nolan took a big chunk out of the cinematic fibers of Paprika for his own dreamscape in Inception.

The world of the dream in anime, however, is much more intuitively surrealist than Nolan’s logic-bound mind-heist flick. While not anywhere near the endless exposition of Nolan’s otherwise impressive blockbuster feat, Paprika is similarly a smidge too heavy on narrative for its own good, at least at first. Largely Paprika is exhilarating for the way the filmmaker’s unhinged imagination is permitted to burst forth in a borderless visual playground – as Kon’s feature length swan song, the film is proof of his unshakable vision while he manages to have his intentions firmly set on career-defining themes.

Kon thoroughly examines his chosen ideas – drawing characters living various lives, merging fantasy and verisimilitude together and trimming the fabric of cinema’s time and space to his own kinetic, psychedelic liking. But the final moments of Paprika concedes an unmistakable love for moviegoing, explicitly communicating that the correlation between delving into our own imagination through our dreams and discerning the textures and sensations of a great film are synonymous. It is a lovely parting thought. 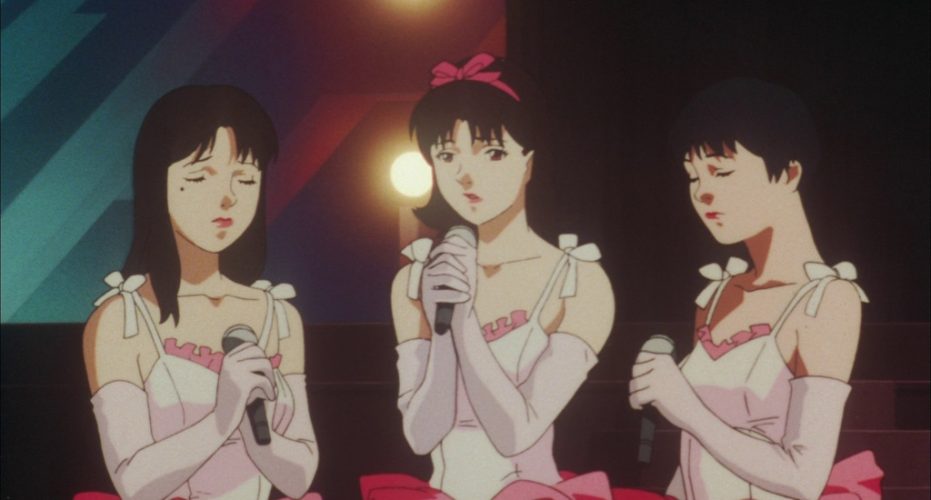 Kon’s debut is as close to flawlessness as its title implies. Strictly concerning technical prowess, Perfect Blue is a spectacular demonstration of his faultless editing and mind-boggling match cuts. It is also his darkest and most dynamically exhaustive film, spinning psychological drama and whodunit horror into a head-spinning character study of the highest order. Perfect Blue is a monumental achievement for modern anime, feminist studies, the genre of blistering thrillers and the scope of animated and feature films in general. It’s no wonder Darren Aronofsky lifted many portions of the film for Requiem for a Dream and Black Swan.

Over the course of its fiercely sharp 80 minutes, Perfect Blue dissects the dangerous mania of celebrity obsession and the precariousness of career conversions through pop star turned actress Mima, which offers articulately truthful feminist subtext on the subjugation of women. And of course the film completely erases the line between actuality and fiction – the slow fracturing of Mima’s mental state twists your brain up more than the unfixed artistry presented in Paprika. Perfect Blue is a frightening film and masterful mind game, but its ominous subjects and delusional characters are sublimely, gorgeously animated all the same. Meticulously designed meaning waits at the turn of each scene and every cut is a narrative idea in motion.

Ingenious, scintillating and disquieting, Perfect Blue is an unforgettable display of precision and excellence from a diligent and irreplaceable filmmaking authority.