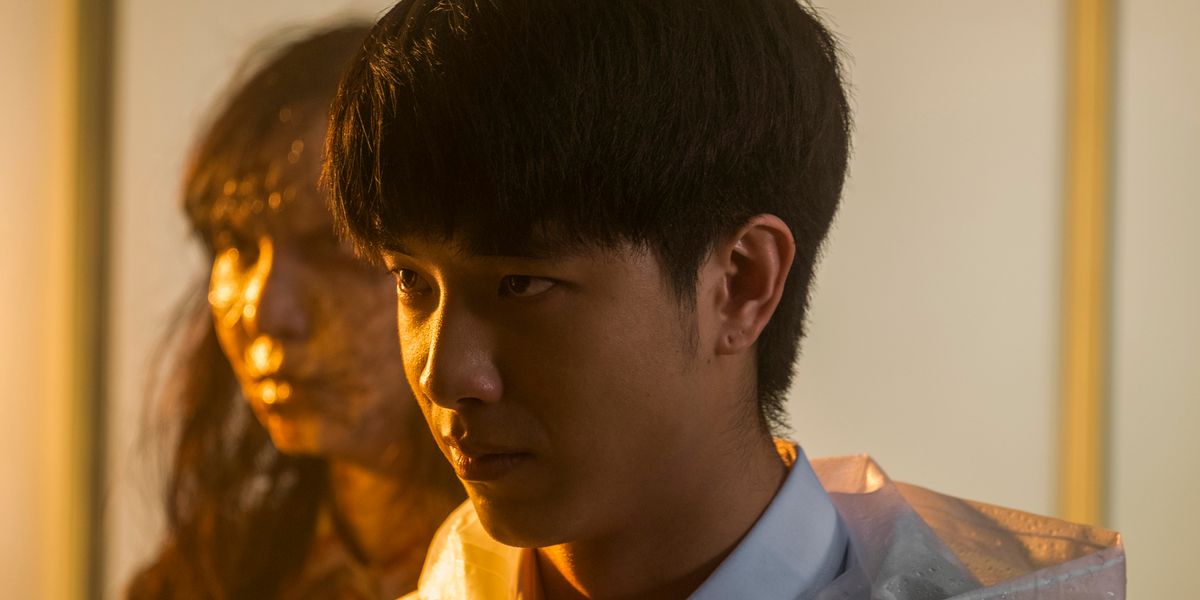 Netflix’s ‘School Tales: The Series’ is a horror series that follows an anthology format and revolves around spooky incidents that occur at schools with students who encounter paranormal forces. The Thai series is loosely based on the comic book series of the same name, and each episode features a scary story that will haunt viewers and leave them puzzled.

The first episode, titled ‘7AM,’ follows Q, a high school student who finds himself at the center of a curse that punishes students for forgetting their books. If you watched the episode and are seeking an explanation about its ending, we’ve got you covered! Here is everything you need to know about ‘School Tales: The Series’ episode 1! SPOILERS AHEAD!

The first episode, titled ‘7AM,’ opens with a student rushing across the halls and searching for a book. After he fails to find the book, he meets another student named Q. The two share a brief conversation before a sinister force drags away the student and kills him. The other students attend class as usual, but the teacher finds one student named Wittaya is missing. However, no one in the class has a recollection of him. 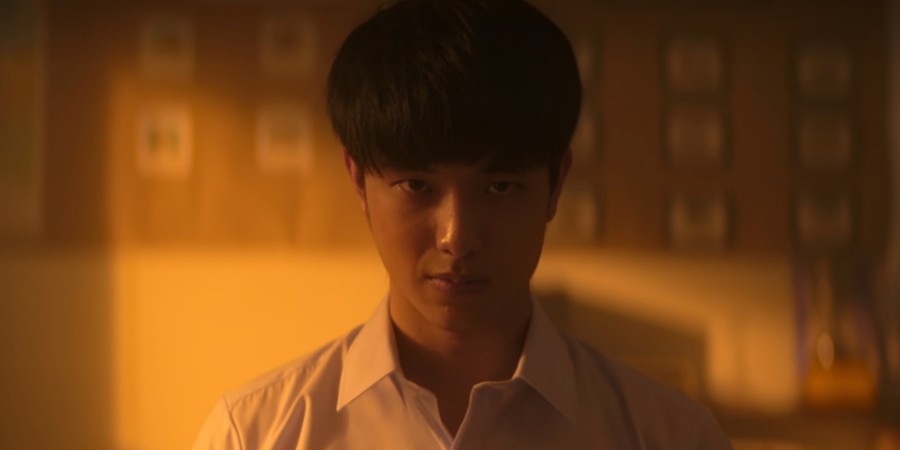 Later, viewers learn that the classroom 6/4 is cursed. Every day an evil spirit writes the name of a book on the class blackboard. Anyone who fails to carry the book of that particular subject is taken away by the spirit, and their memories are erased from everyone’s minds. Q, the student who lives closest to the school, is tasked with reaching early and sharing the subject’s name. However, the other students bully Q and refuse to share the duty with him. Soon, Q becomes tired of the mistreatment from his classmates.

While Tan, a female classmate, shows him compassion, the others ridicule and make fun of Q. However, Q continues to share the subject’s name for Tan’s sake. One day, a classmate named Vaan forgets his book and steals one from Auan. The incident causes a big blowout in the classroom, and Q attacks Vaan. Meanwhile, Tan’s boyfriend, Not, questions her about her feelings for Q. However, Tan explains that she was merely using Q for the group’s benefit. Q overhears the conversation and reaches a breaking point. His actions determine the fate of class 6/4.

School Tales The Series Episode 1 Ending: What Happens to Class 6/4? Does the Curse End?

In the episode’s final act, Q reaches breaking point and decides to turn on his classmates. Q comes to school early and erases the subject’s name written by the spirit. Instead, he sends the wrong subject name to his classmates who carry the books for that subject. At 8 am, when the class starts, Tan realizes that Q has tricked everyone. However, it is too late for Tan to do anything about the situation. The spirit enters the class and attacks all the students. 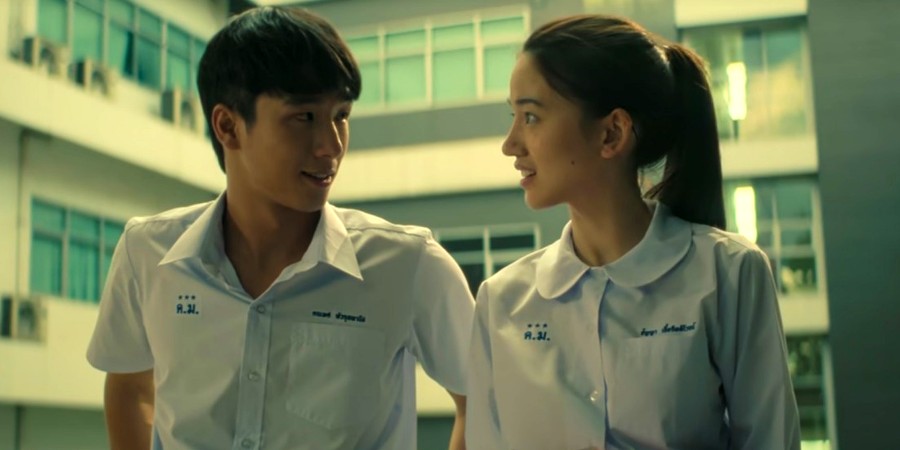 The students try to escape the spirit and attempt to leave the classroom. However, the spirit traps them inside and begins butchering all the students individually. Meanwhile, Wittaya’s spirit appears before Not and attacks him as Not pleads for forgiveness. A flashback reveals that Not and Tan disliked Wittaya. As a result, they tried to test the curse by using Wittaya as a pawn. Not stole Wittaya’s book, and as a result, he was killed by the spirit.

Ultimately, all the students in class 6/4 are killed, and only Q survives. While Q’s fate is left unresolved, he is seen staring as the spirit attacks his classmates. The other students shout and scream for their lives as Q is quietly watching. Hence, it is safe to assume that Q did not die in the massacre. Moreover, given that the curse erases the memories of the dead, Q likely has no recollection of his actions and moves forward in his life, leaving his abusive classmates behind.

In the episode’s final moments, viewers finally learn about the origin of the curse plaguing class 6/4. The final sequence shows that years ago, a teacher of the class 6/4 had a mental breakdown. In her psychotic state, the teacher attacked all her students and killed them. The massacre left a trail of unsolved murders and cursed the classroom. However, the curse was forgotten as time passed and became a myth. Nonetheless, the students continued to follow the rules and would carry the books as mentioned on the blackboard. 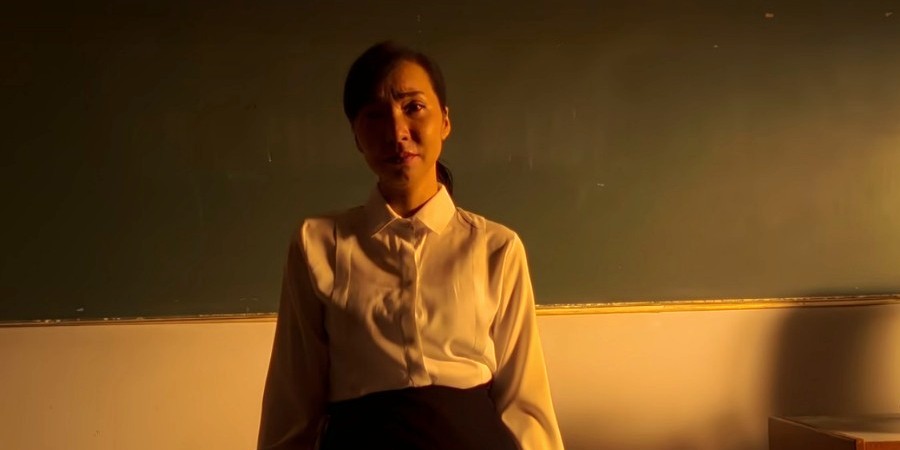 In the present, Tan and Not’s attempt to test the curse created a chain reaction that led to another massacre in class 6/4. Thus, the story of the curse comes a full circle. While the episode does not reveal much about the teacher whose actions started the curse, the curse will likely continue to haunt students of the classroom. Moreover, Q’s actions and the recent massacre might have rejuvenated the curse. Hence, the episode’s ambiguous ending leaves the door open for exploring the eerie concept with more horror elements in future episodes.

Read More: Where is Netflix’s School Tales: The Series Filmed?