Netflix’s ‘School Tales The Series’ is a Thai-language horror series that tells spooky and bone-chilling tales about high school students who encounter the unthinkable. The series is loosely based on a comic book series of the same name and features an anthology format, with each episode tackling a different concept.

The third episode, titled ‘Beautiful,’ follows a teenager named Aim who suddenly becomes beautiful overnight. Her classmate, Dao, becomes suspicious and jealous of Aim, leading to disastrous results. If you are looking for an explanation of the episode’s events and ending, we’ve got you covered! Here is everything you need to know about ‘School Tales The Series’ episode 3! SPOILERS AHEAD!

The third episode, titled ‘Beautiful,’ opens with Aim, an average-looking teenage girl searching for ways to become beautiful over the internet. Aim is jealous of her classmate, Dao, and wishes to become pretty like her. On the other hand, Dao is liked for beauty and has a large number of social media followers. As a result, Aim seeks to gain popularity and fame by becoming beautiful like Dao. As Aim searches for a solution, the lights in her room flicker, and she stumbles upon a mysterious search result. 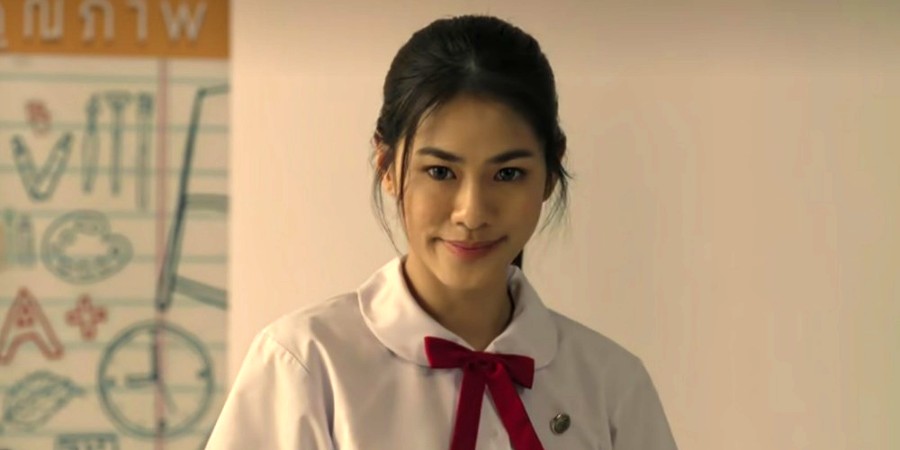 The result leads Aim to a new window where she agrees to do anything it takes to become beautiful. In that instance, a mysterious black box is delivered to Aim’s doorstep. She follows the instructions on the screen and opens the box. Inside she finds a pink bottle holding a liquid potion. After drinking the potion, Aim turns beautiful in a matter of minutes. The next day, Aim attends school, and her beauty sweeps everyone.

However, one of the conditions of accepting the potion Aim must follow is that she cannot tell anyone about how she became beautiful. Thus, Aim is forced to keep her agreement with the spirit that gave her the liquid a secret. On the other hand, Dao becomes jealous of Aim’s overnight beauty and seeks answers about the same. However, Aim refuses to answer Dao, leading to a rivalry between the two girls.

Meanwhile, Aim is forced to eat rotten meat from animals and humans to maintain her beauty. As a result, she starts wondering whether becoming beautiful is worth the cost she has to pay. Dao starts spying on Aim and, despite the latter’s warning, continues to search for the truth about Aim’s overnight makeover. Eventually, things escalate between the two girls, and they have a fight. Both girls are called into the principal’s office and are set to face repercussions for their actions.

School Tales The Series Episode 3 Ending: Does Aim Tell Her Secret to Dao?

In the episode’s climax, both Aim and Dao receive an earful from their principal. However, given that the girls are the face of the school, the principal allows them to resolve their issues within the office. Dao presses Aim about answers to her overnight makeover. However, Aim refuses to answer Dao. As a result, Dao is forced to use a video of Aim and blackmail her. The video depicts Aim eating rotten flesh, which could destroy her reputation. Hence, Aim is forced to reveal her secret to Dao. However, telling the truth would mean that Aim loses her newfound beauty. 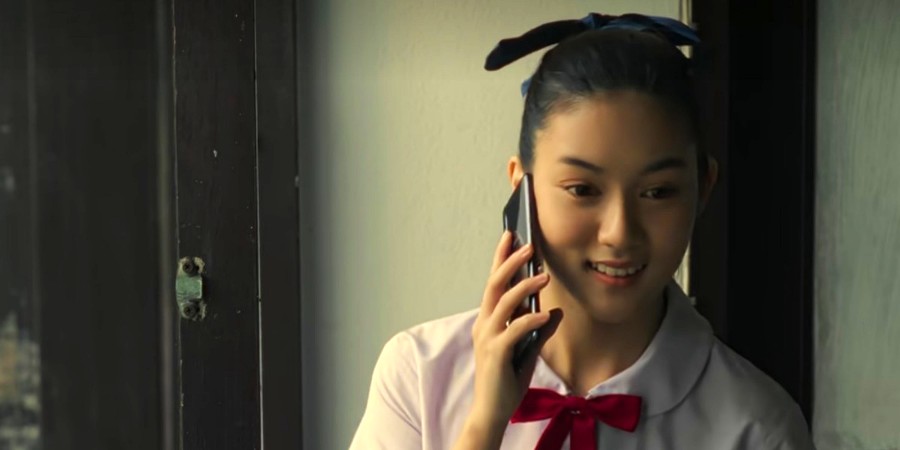 Aim decides to show Dao the origins of her overnight beauty and takes her classmate to her apartment. At the apartment, Aim asks whether Dao is prepared to do anything to become even more beautiful. Dao explains that she wishes to be the most beautiful girl in school. Hence, she does not care about anything else but her quest to gain more beauty. After Dao commits herself to the ritual, Aim shows her the pink potion and asks Dao to drink the liquid inside the bottle. The potion begins its effect, and Dao instantly becomes more beautiful.

Later, Aim transforms into a human/monster hybrid. Aim explains that now that Dao has accepted the potion, she cannot eat anything else but the raw flesh of humans and animals. Moreover, she must wait for the meat to rot before she can eat it. Thus, while the potion makes the consumer more beautiful, it takes their ability to eat normal food.

As a result, the potion indirectly transforms humans into monsters under the guise of making them appear pretty. The same is evident with  Aim as she hovers around Dao in a hybrid form that is more monstrous than human. Ultimately, Aim urges Dao to accept her monstrous side. She reveals that Dao’s nose will tell her what she can and cannot eat.

In the final moments, a pregnant woman knocks on Aim’s door while Dao smells the presence of humans around her. Aim opens the door, and the screen cuts to black. Given that Dao smelled the mother and the baby, it is evident that her monstrous tendencies have taken over. Hence, the two girls will likely attack and consume the pregnant woman and her baby. All things said, the episode is a spooky commentary on the pitfalls of chasing abstract concepts of beauty and fame.