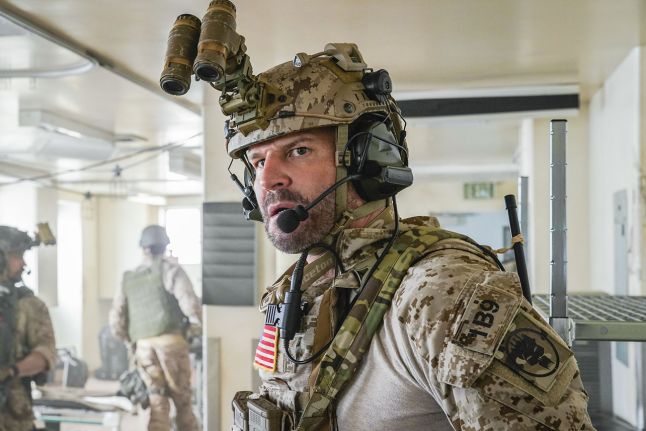 If you have been following ‘SEAL Team,’ you would know that season 3 episode 18 was not aired on its original date and time slot this week. The unprecedented situation that we are in due to the Coronavirus crisis is starting to show an impact on the television industry. Shows like ‘The Walking Dead’ have been forced to postpone pivotal episodes indefinitely.

‘SEAL Team’ is a CBS military drama that revolves around a bunch of Navy SEALs as they take up some of the world’s most dangerous missions. The series portrays how the personal lives of the officers get affected due to the nature of their job.

SEAL Team Season 3 Episode 18 Release Date: When Does it Premiere?

‘SEAL Team’ Season 3 Episode 18 was originally supposed to be aired on April 15, 2020. However, because production had to be halted due to the Coronavirus crisis, CBS is buying some time by postponing the release of the episode. The eighteenth episode of the season, titled ‘Edge of Nowhere’ will now be premiered on April 22, 2020, at 9/8c on CBS.

Thanks for joining us for tonight's episode, directed by the incredible @maxthieriot! Tune in 2 weeks from tonight for another new episode of #SEALTeam.

You can watch ‘SEAL Team’ Season 3 Episode 18 by tuning in to CBS on the above-mentioned time slot. Other than that, you can also catch the episode live on CBS’ official website or mobile app, with a valid cable provider’s login.

Moreover, the episode can also be streamed live if you have a subscription for Direct TV or Fubo TV. Other than, specific episodes can also be bought on Amazon Prime.

The blurb for ‘SEAL Team’ Season 3 Episode 18 reads: “Bravo Team searches for a new terrorist group leader who is orchestrating violent resistance to peace negotiations in Afghanistan; Clay learns what it means to be a leader; Sonny works to repair his relationship with his father in Texas.” You can also have a look at the promo for the upcoming episode below:

As one can read above, Clay will learn what it takes to be a leader while Sonny will be forced to stay back in Texas and miss the action. Viewers would remember that the latter is being punished for a bar fight that he got into. However, as the synopsis reveals, the punishment will give him a chance to bond with his father.

Moreover, Clay will find himself in a tricky situation. He will be seen working with a group of people who do not belong to the SEAL team. Outnumbered and without the professional weapons that the SEAL Team is used to, these non-SEAL officers find themselves to be outnumbered at a combat outpost. Clay will realize the relative privilege he has, being a Navy SEAL after working with the group of guys.

Furthermore, almost every member of the team is struggling with some personal issues. However, unlike their other missions, the characters will have time to get over them since they would be spending 3 months in Afghanistan!