Secret Headquarters Ending, Explained: What Happens to the Source and Argon? 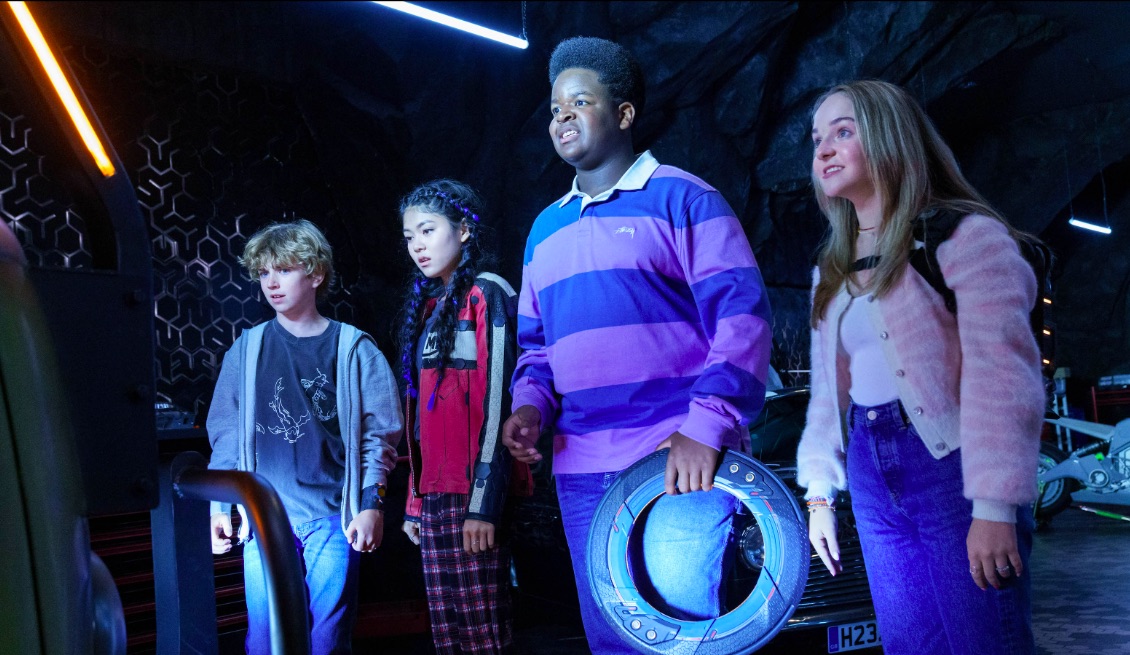 Paramount+’s ‘Secret Headquarters’ is the story of a young boy who discovers that the superhero that he has been the biggest fan of for the past ten years is actually his father. He shares this revelation with his friends, but this also draws his father’s enemies toward them. With many high-octane action sequences and a lot of laughs along the way, the film serves as an entertaining watch that also explores the complications of keeping secrets from one’s family, along with other regular stuff that superheroes have to struggle with. After a lot of running and chasing, the story ends with a final showdown between the teenagers, the superhero, and the villain. If you want to know how that turns out, we’ve got you covered. SPOILERS AHEAD

When an alien ship appears in the sky, Captain Sean Irons tries to chase it. This leads to a crash, and Jack, a regular guy who’d been camping nearby with his family, shows up to help. An orb is released from the ship and it chooses Jack as its guardian. Ten years later, we see that Jack has become a superhero called The Guard. While he has done a lot to save lives and bring about peace, his own life is in shambles. He’s been so busy saving the world that he has no time left for his family. Now, his wife has divorced him and his son, Charlie, hates him for being an absentee father.

It is in yet another instance when Jack goes away with the excuse of a work emergency that Charlie calls his friends to “throw a rager” at his father’s house. While only three people arrive at the party, things get really interesting when Charlie and his friends discover a man cave under Jack’s house. While Charlie tries to process the fact that his father is the very superhero that he loves so much, his friends check out the cool gadgets at the headquarters. They start using these things for fun, but they don’t know that The Guard’s enemies are tracking the energy source. The kids get in trouble when the enemies come knocking at the door.

Secret Headquarters Ending: What Happens to the Source?

The Guard uses his powers to do a lot of good in the world, which leads to a steep reduction in crimes and wars. While it’s a good thing for most people, it is a huge financial loss for Ansel Argon, a business tycoon whose future depends on selling weapons. When Irons approaches him for help in locating the Source, he agrees to do it in the hopes that the energy from the Source will allow him to make new weapons and hence have more profit. He also wants to do away with The Guard so that the world can go back to being the way it was and Argon can continue being rich.

Irons, on the other hand, is simply seeking the Source because he wants to use that energy for the betterment of the world. He believes that the Guard is a selfish person who has used the Source to play a superhero, while he could share it with the world and change so many things. Later, Irons realizes that Argon wants to do the same thing, but while the Guard wanted to be a hero, Argon has no problem becoming a villain. So, when push comes to shove, Irons decides to help the Guard in stopping Argon.

The search for the Source takes everyone to the school which is where the final showdown happens. Both Jack and Argon fight each other in the suits powered by the Source, but while Argon has only just tasted its power, Jack has been doing it for a decade. When he sees that he can’t beat Jack, Argon threatens to kill Charlie. The father and son use the hidden ball trick to fool Argon. However, a tussle between Jack and Argon leads the latter to come in possession of the Source. At the same time, Charlie throws a bomb, which latches itself at the Source and results in a blast, which makes it look like everything around it has been destroyed.

Later, it is revealed that the Source survived the blast. Because it is an otherworldly technology, it is better suited to survive minor human explosives. So, while the blast might have destroyed any other normal orb, it doesn’t even leave a scratch on the Source. Jack retrieves it and continues to use it to save the world. This time, he lets his son and wife in on it, both of whom help him in his superhero duties. Irons is also welcomed into the team, seemingly chosen by the Source itself.

Previously, while taking the Source from Charlie, Irons had a vision that allowed him to understand why Jack had kept it a secret from the rest of the world. Jack, too, takes the vision as a sign that the Source trusts Irons because it doesn’t show visions to everyone. Now, Irons works behind the scenes, while The Guard goes about doing his job. Meanwhile, Charlie’s friends go on with their own lives, the most interesting of which is Maya’s. She seems to be interning for the CIA, though it cannot be confirmed what she does or whether or not she works there at all.

What Happens to Ansel Argon?

For someone whose source of power is crime and war, Ansel Argon is frustrated when The Guard goes about changing the world and reducing the need for weapons. With Irons’ help, Argon succeeds in tracking down the Source, but he nurses his own agenda all along. While Irons wants the Source to help the world, Argon wants it to become more powerful. He is ready to do whatever it takes to get that power, even if it means killing five teenagers.

While everyone might see the Source as just another thing to use for their own purpose, it proves to be sentient to some extent. It knows the difference between a good person and a bad person. It knows whom to trust when, which is why it reveals its powers to Jack but not Irons, in the beginning. When Argon gets hold of it, the Source can sense that this is someone who cannot be trusted. On top of that, Charlie throws a bomb at it, which results in it powering up.

The blast doesn’t really affect the Source that much, but it does allow Argon to be sent to a place that he can never come back from, at least on his own. Wearing the winter suit, he is sent into another dimension where there is nothing but emptiness. The background of the dimension makes it look like something that has been constructed by the Source. The hexagonal patterns are similar to the ones on the orb and other things made by it. It is already established that the Source has a mind of its own. It keeps working even in Jack’s absence. We see that when the kids discover the headquarters and find the 3D printing machine working by itself, constructing escape hatches on its own.

Apart from that, the true origins of the Source are still unknown and nobody knows how powerful it really is. It certainly seems capable of sending things through another dimension. But is also possible that it has created a pocket dimension of its own, the one that now acts as a prison for Argon. From the similarity of the patterns, it is also possible that the dimension that Argon is in now is the same place that the Source came from. Though this only poses more questions about its origins. One thing is for certain. That Argon is not going to see anyone else for a very long time.