Netflix’s ‘Sex Education’ starts out as just another teen drama, but with its different characters and storylines, it proves to be much more than that. The show is as entertaining as it is focused on teen issues, ranging from sexual health to sexual identity. The second season builds further on this and delivers another great season that opens up its characters to new possibilities while posing some familiar but cruel challenges in front of them. If you haven’t yet caught up with it, head over to Netflix. Here we break down and explain the ending of Sex Education Season 2. SPOILERS AHEAD!

In the final episode, the school prepares for the Romeo and Juliet musical, and it is nothing like anyone could have imagined. With Lily at the helm, it was expected that the classic tale of romance by Shakespeare will take a completely different turn. And so, it does. It is exactly like the erotic space saga that she had been working on since the beginning. Of course, it doesn’t sit well with Principal Groff. He tries to stop the show but fails miserably. The stage allows Jackson to accept his talent for acting and Adam finally breaks out of his shell and professes his love for Eric. 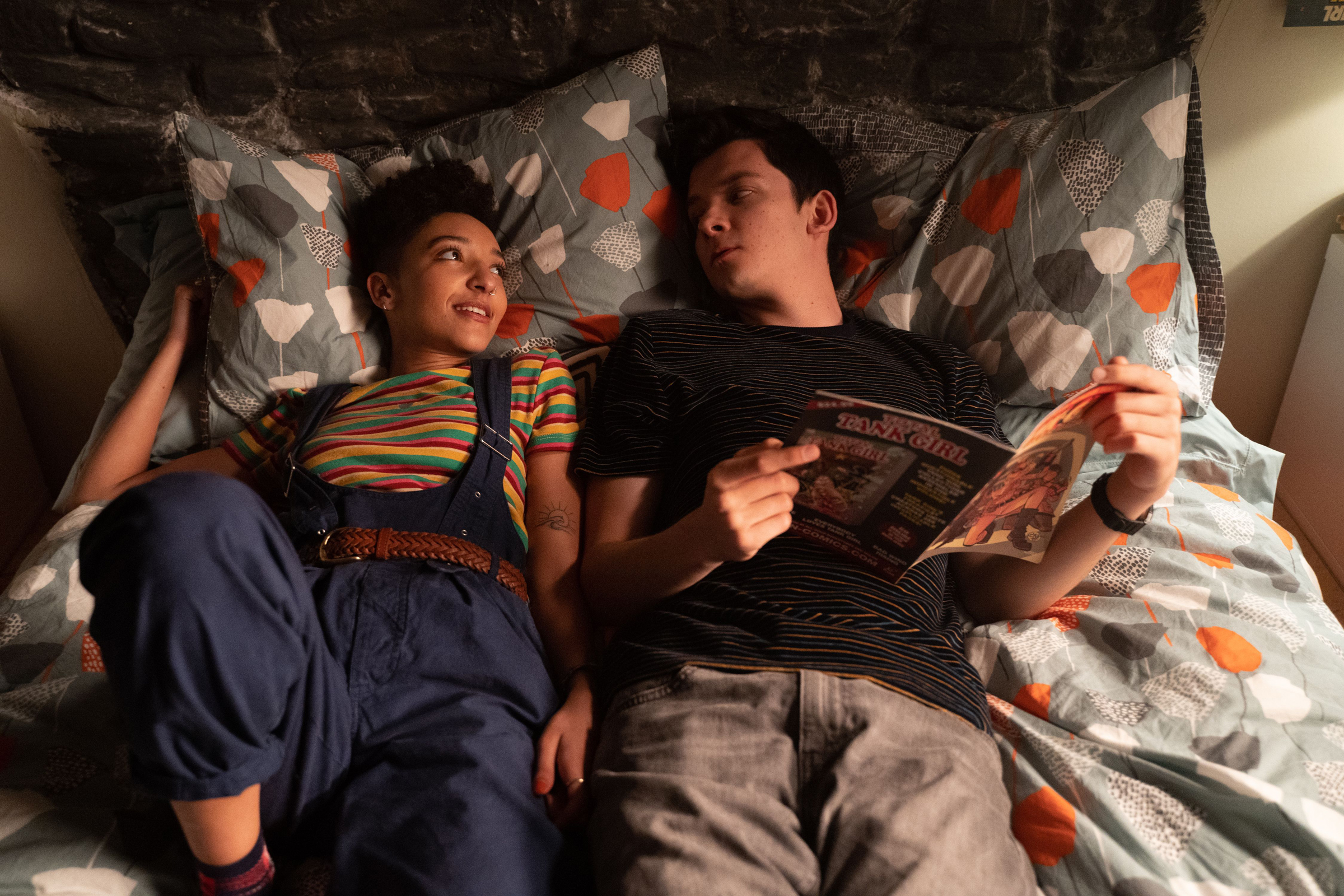 Ola’s arc starts with Otis but takes a different turn in the second season. She joins the same school and with Maeve’s return, she becomes jealous, especially when she comes to know about the sex clinic. She confides her insecurities about Maeve and her problems with Otis to Lily. The two become close friends and look out for each other. She finally asks Otis to stop talking to Maeve. While he takes his time to make the decision, Ola has a sex dream about Lily. This confuses her and she explores that possibility. She discovers that she is pansexual, a person who is attracted to someone else’s personality irrespective of their gender.

Even though Otis chooses her over Maeve, she breaks up with him and runs to Lily. She kisses her but Lily doesn’t reciprocate it. She cuts off from her, and they only come together when they are forced into detention with other girls. This is when they all connect with each other and at the end of the night, Lily kisses back Ola.

Eric and Adam’s relationship had taken a confusing turn at the end of the first season. Despite having bullied Eric for so long, Adam seemed to harbour feelings for him. But before that could move forward, he was sent to military school. He returns just when Eric has found a new love interest for himself. While he enjoys the attention of Rahim, Eric also secretly spends time with Adam. They meet at night and spend time smashing bottles and other stuff. However, when Eric tells Otis about it, he realises that Adam will never accept him publicly. He decides to cut him off and chooses to be with Rahim, who has already sensed Adam’s liking for Eric.

In the end, Adam realises where he has been going wrong. He accepts his bisexuality and uses the musical stage to tell Eric that he is not afraid of holding his hand anymore. While this bodes well for them, Rahim is infuriated and he warns Eric that for now, it might all seem great with Adam, but it won’t be so in the long run. 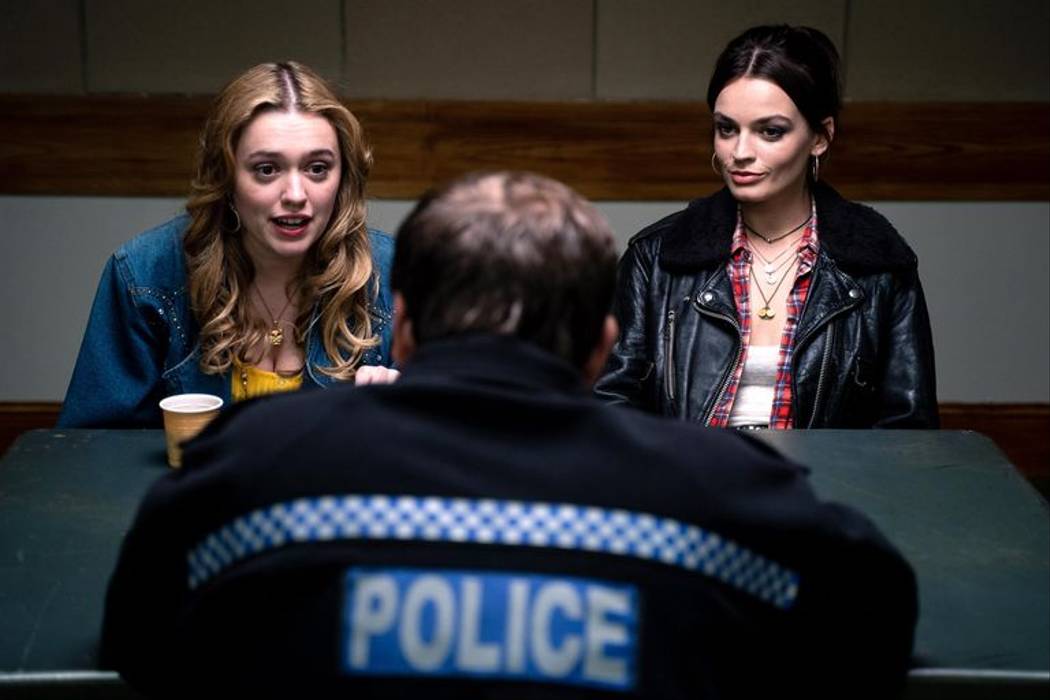 If the last season’s spotlight was on Eric’s transformation, this season, it’s Aimee’s turn. She gets assaulted on the bus but doesn’t accept the severity of it. Maeve makes her file a complaint, but Aimee assures her that it isn’t that bad. However, the incident has clearly made a traumatic impact on her. She is scared to ride the bus and she can’t get intimate with Steve anymore. She continues to ignore it but then bursts out in detention. She tells the girls everything and how it has affected her since then.

Following this, everyone else shares their story of harassment and discover that it is the common denominator that brings them together, no matter how different they are from each other. The next day, all the girls show up at the bus stop and help Aimee get on the bus, beginning her healing.

Jackson was the school jock who had everything he could want for. After he meets Maeve, his life changes. He falls in love with her and opens up to her. He tells her that he doesn’t want to swim. The break-up drains him, and he can’t keep up with the pressure that his mother puts him through. He hurts his hand in order to escape it, and this is when he is introduced to Viv. She is the smartest kid in the school and is asked to tutor Jackson. Despite their initial differences, they warm up to each other.

She helps Jackson pursue another hobby, which leads him to the musical. He helps her win the attention of the guy she likes. When she comes to know that Jackson had hurt herself because he didn’t want to swim anymore, she tells her parents. This sours their relationship. In the end, however, he understands that it was the right thing to do and patches up with her. This marks a new beginning for Jackson who will finally explore his life which was till now dominated by something he didn’t even like.

Sex Education Season 2 Ending: What it means for Otis and Maeve?

With Ola entering the equation, Maeve and Otis’s chances of getting together had diminished significantly. However, Maeve failed to let go of her feelings for him and tells him about it, after restraining herself for a long time. Otis had been focusing on Ola, but there was a part of him that was still in love with Maeve. This revelation confuses him and eventually affects his relationship with Ola, who asks him to make a choice. If he wants to be with her, he should stop talking to Maeve. After a lot of thinking, Otis finds it best to stick to his current relationship. However, it doesn’t turn out well.

He messes it up with both Ola and Maeve. He doesn’t understand how he always manages to screw it up, despite always trying to do the right thing. It is brought to his attention that he might be this way because of his father, who also messes up his marriage, time and again. Previously, he cheated on Jean and then ran off to America. This time, he comes back not because he wants to spend time with his son, but because he is running away from his second marriage because he cheated again. Otis tries to understand his father’s behaviour, just to find out how he can stop himself from making the same mistakes as him.

While Maeve is busy with the quiz competition, he leaves a message for her telling her he loves her. He tries to find her at the musical, but she has already left. He visits her place, but misses her and asks Isaac to tell Maeve to check her messages. This means that finally Otis and Maeve can be together, but we have a villain. It turns out that Isaac is also in love with Maeve. While she is out, he checks her message and deletes it.

Once again, due to off timing, Otis and Maeve’s love story comes to a halt. With both of them clear about each other’s feelings and no other potential love interests, the path is clear for them. However, Isaac’s entry changes the balance and in the next season, we expect him to stir more trouble. He probably won’t just stop at miscommunication.