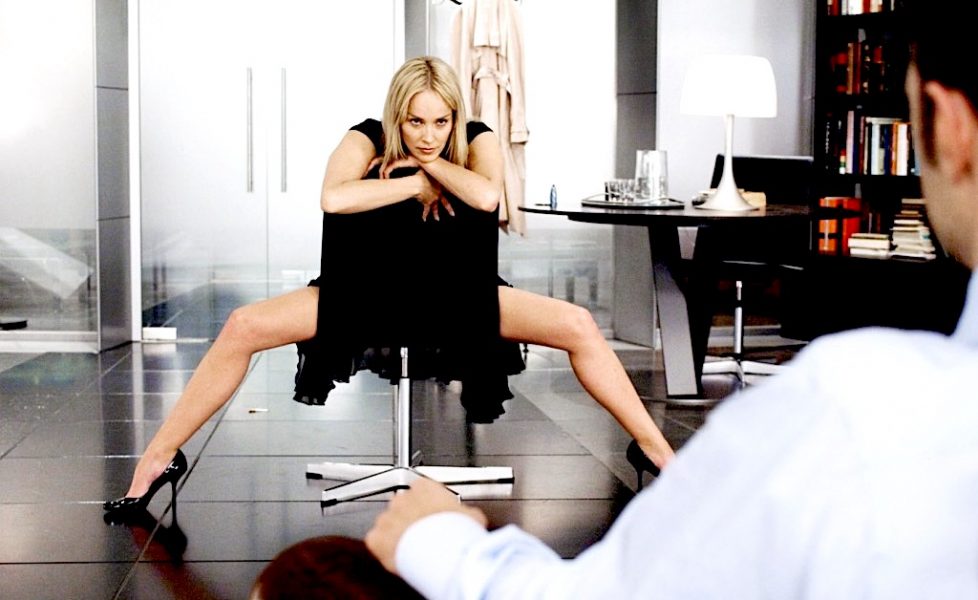 If entertainment industries around the world know anything, it is that sex sells. Unlike television, where, until the advent of streaming services, networks were reluctant to put out risqué content save for some notable exceptions, the big screen has always been the place to explore, experiment, and push the boundaries. For a filmmaker who knows what they are doing, the depiction of sex is just one puzzle piece that constitutes their film. But that does mean that sex must always remain only as a piece. It can be the entire puzzle. Ultimately, as with everything involving art, it depends upon who is telling the story and what they want to tell. If you are looking for sexually graphic movies, here is a list of the best among them on HBO Max.

The original ‘Basic Instinct,’ released in 1992, is a revelation. It is everything that a sexy crime thriller is supposed to be. The sequel admittedly pales in comparison to the original. But still, Sharon stone is there, portraying the murderous novelist Catherine Tramell, and her sheer presence almost makes up for the abysmal plot and the apparent cluelessness of the director. The sequel is set in London. Following the suspicious death of Catherine’s latest boyfriend, English football star Kevin Franks, Scotland Yard begins investigating her. Dr. Michael Glass, a psychiatrist, is tasked by the court to evaluate her. The more he gets to know her, the more he becomes obsessed, not realizing that he is entirely under her control.

Yes, ‘Bolero’ has an imperfect plot. And yes, almost all the actors seem to overact. It received several Golden Raspberry Awards, including Worst Picture. But dear reader, I implore you to ignore all that for a moment and remember that this movie has Bo Derek looking her sexy best. The film is set in the 1920s. Ayre “Mac” MacGillvary (Derek), a wealthy heiress with no family, graduates from a British college. Resolving to find a perfect partner so she can lose her virginity, Mac embarks on a grand adventure with her best friend Catalina and chauffeur Cotton. 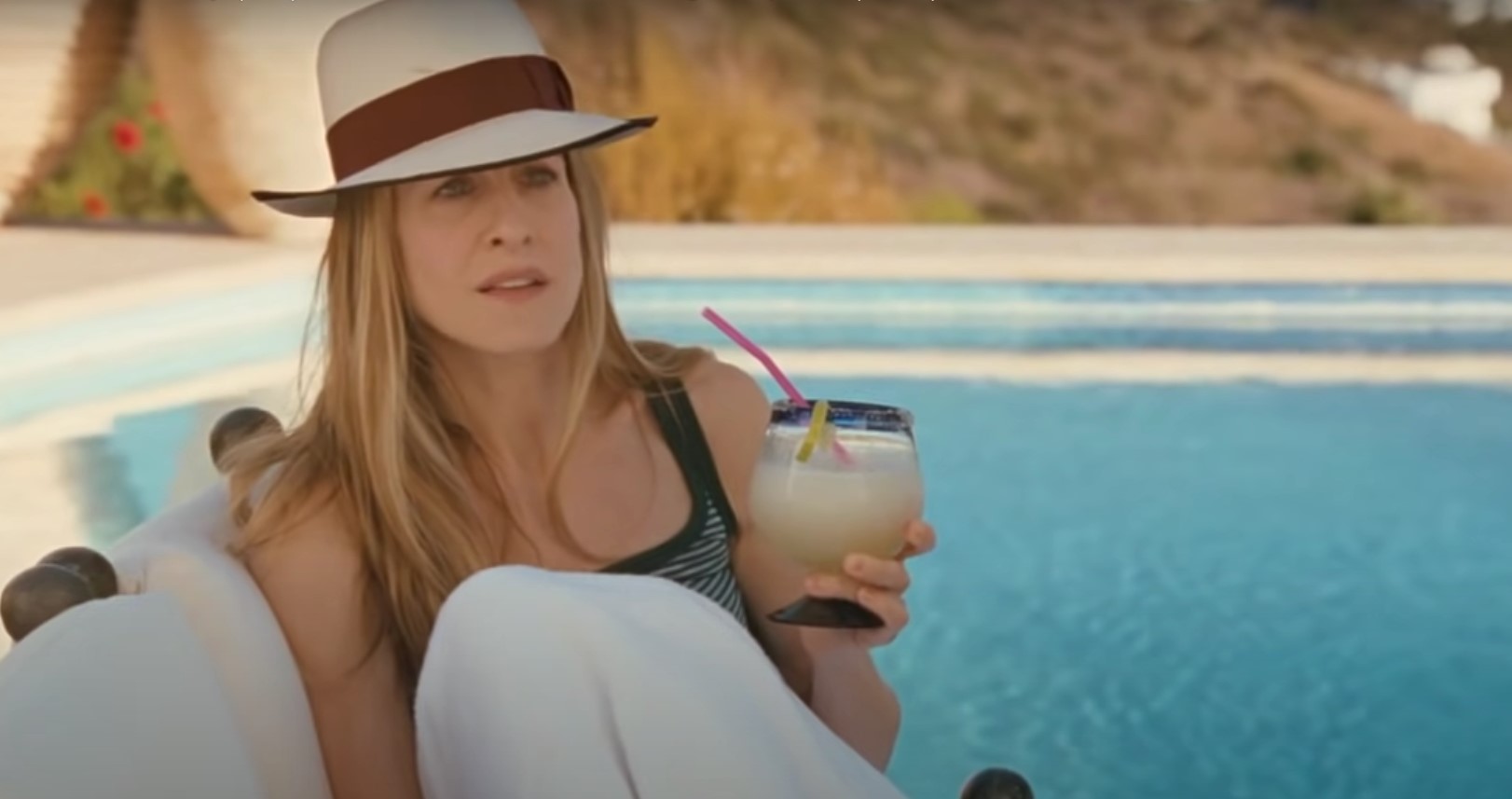 ‘Sex and the City’ is a romantic comedy film that serves as the sequel to the popular HBO series of the same name. The story still predominantly takes place in New York. Carrie and her three friends —-Samantha, Charlotte, and Miranda — have their own lives now. Both Carrie and Mr. Big are happy with where their relationship is and are planning to move in together. Carrie becomes interested in an apartment that is way out of their budget. Big offers to buy it for both of them, which makes Carrie wonder whether she will be homeless if they ever break up. In response, Big proposes marriage, which complicates the matter further.

In ‘Tie Me Up! Tie Me Down!,’ Antonio Banderas portrays Ricky, a psychiatric patient who gets released from the facility he was in. He subsequently decides to seek out Marina Osorio, an actress and former porn star. She and Ricky met and had sex when she was a resident of the same facility as Ricky due to her drug issues. Ricky appears before Marina and tries to impress her, but it is soon revealed that she doesn’t remember him. Ricky then tries to show her how much he loves her by kidnapping her and keeping her captive at her own home.

Despite its flaws, ‘Original Sin’ is a perfect guilty pleasure film, starring two ridiculously good-looking people. Banderas portrays Luis Vargas, a Cuban coffee export house owner who has been corresponding with a Delaware-based woman American Julia Russell. They have exchanged photos, but when Julia (Angelina Jolie) finally shows up in Cuba, Luis discovers that she looks nothing like the picture she apparently sent. Julia claims that she mailed the photo of another woman as she didn’t want to marry someone only interested in a pretty face. This prompts Luis to admit that he also lied as he didn’t want to marry someone whose only interest was his money. They laugh over how both seem to have trust issues before tying the knot on the same day of Julia’s arrival in Cuba. However, Luis soon learns that the woman he knows as Julia might be an imposter.

The cinematic adaptation of the 1983 namesake novel by Elfriede Jelinek, ‘The Piano Teacher’ tells the story of Erika Kohut, a 30-something piano teacher who lives with her domineering mother. Her years of sexual repression have made her sadomasochistic and prone to self-mutilation. She encounters engineer Walter Klemmer, who loves to play the piano. He develops feelings for her and applies to be a student at her music conservatory. Erika seduces Walter and uses him to explore her sexual desires, all the while rapidly losing her grasp on sanity. 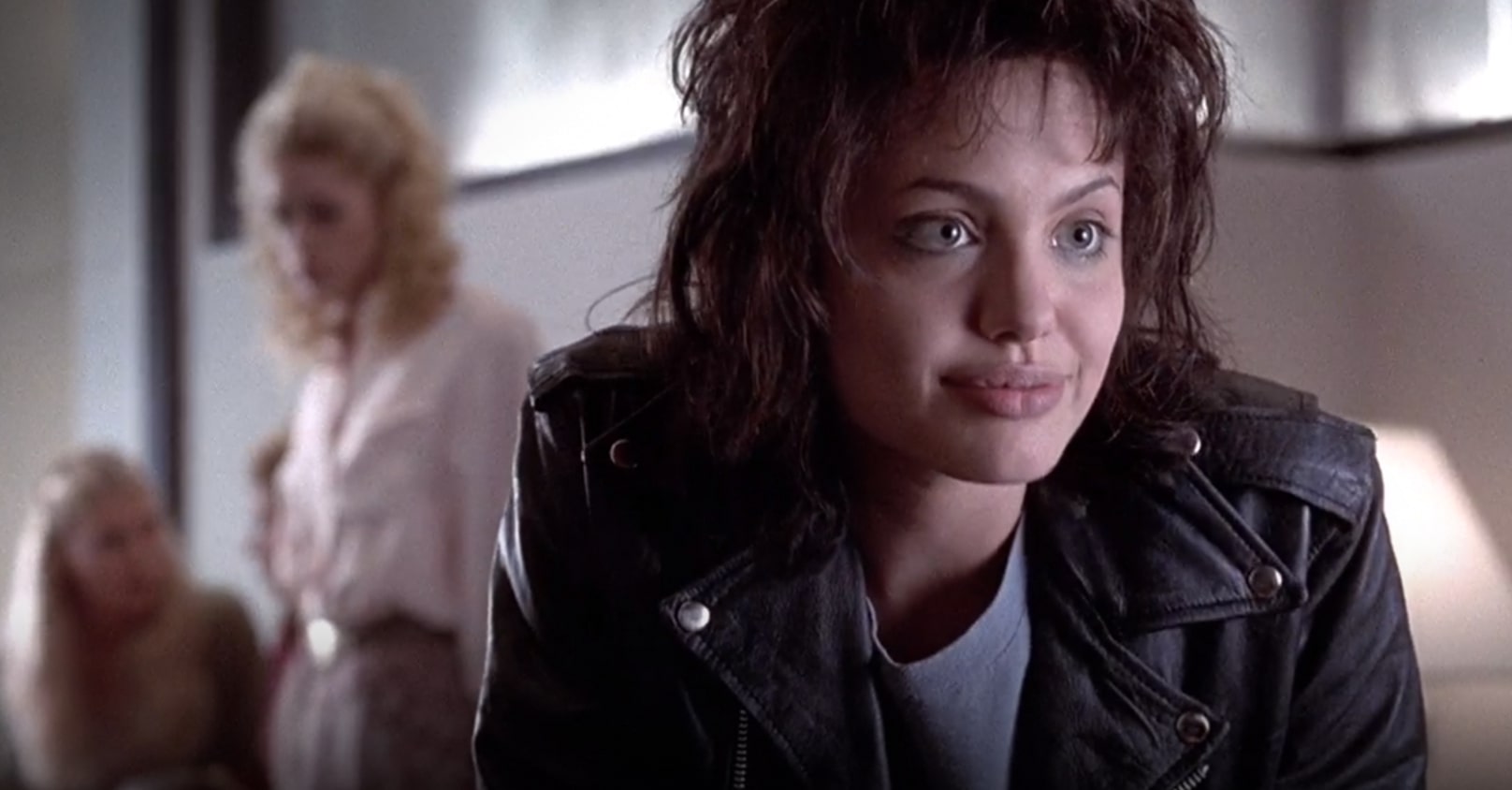 Jolie delivers one of her best performances as supermodel Gia Carangi in the biopic ‘Gia.’ As the story begins, Gia arrives in New York from Philadelphia to be a fashion model and instantly garners the interest of Wilhelmina Cooper, a Dutch-American model turned agent. As Gia rapidly climbs to the top and becomes one of the first supermodels in the industry, she begins suffering from depression and bouts of loneliness. It only gets worse after Cooper’s death, and she begins using cocaine and heroin.

‘Belle de Jour’ is a French film that primarily follows Séverine Serizy, a homemaker. She is sexually frustrated, often fantasizing about domination, sadomasochism, and bondage. She refuses to have sex with her husband, though they seem to love each other. during a vacation at a ski resort, Séverine and her husband Pierre encounter Henri Husson and Renée. Husson doesn’t take much time before making it clear that he is sexually attracted to Séverine when they are alone. The film explores Séverine’s past, and it is heavily implied that she was sexually abused when she was a child. After learning that one of her friends now works at a high-end brothel, Séverine is drawn toward that world, where a madame gives her the titular nickname. 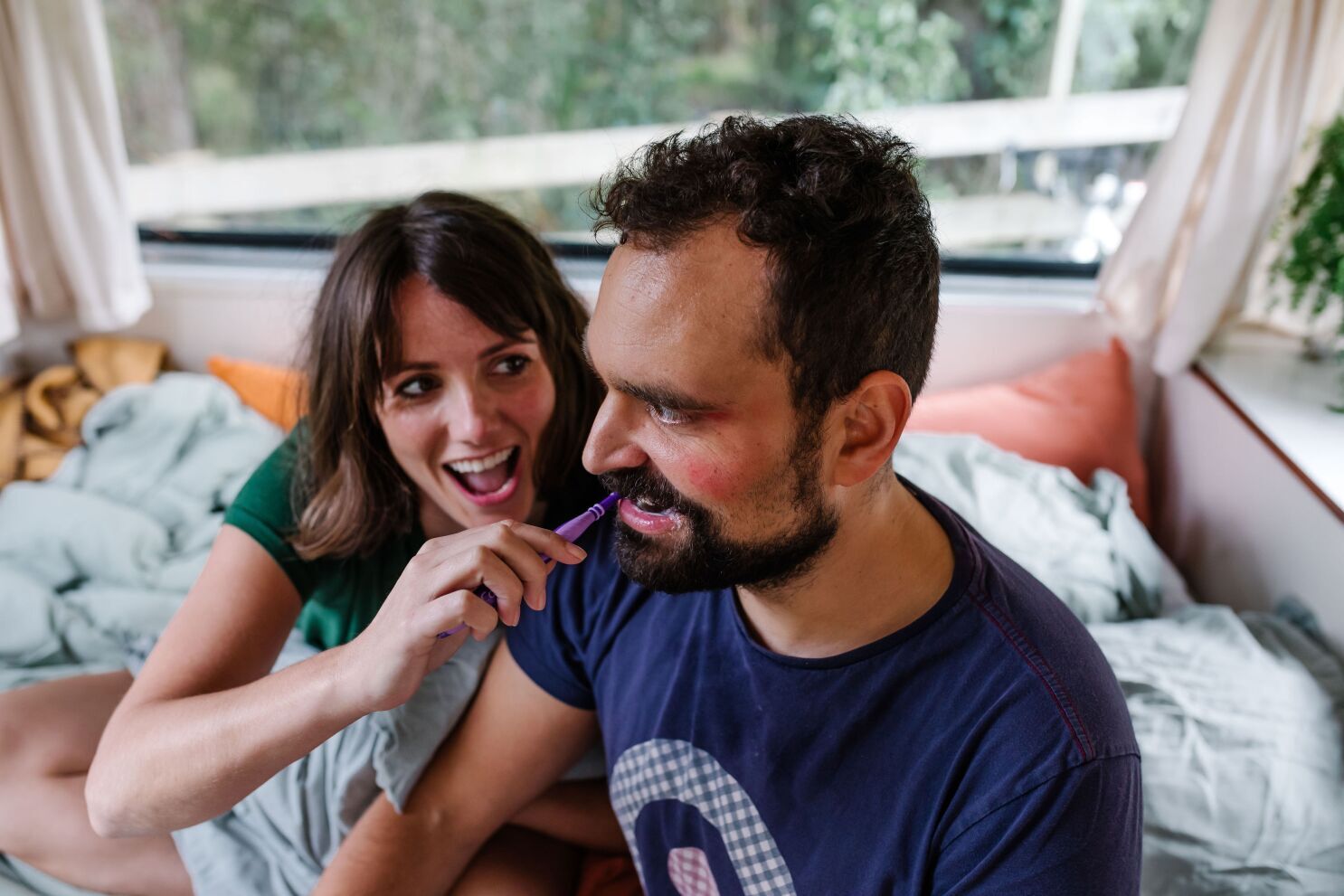 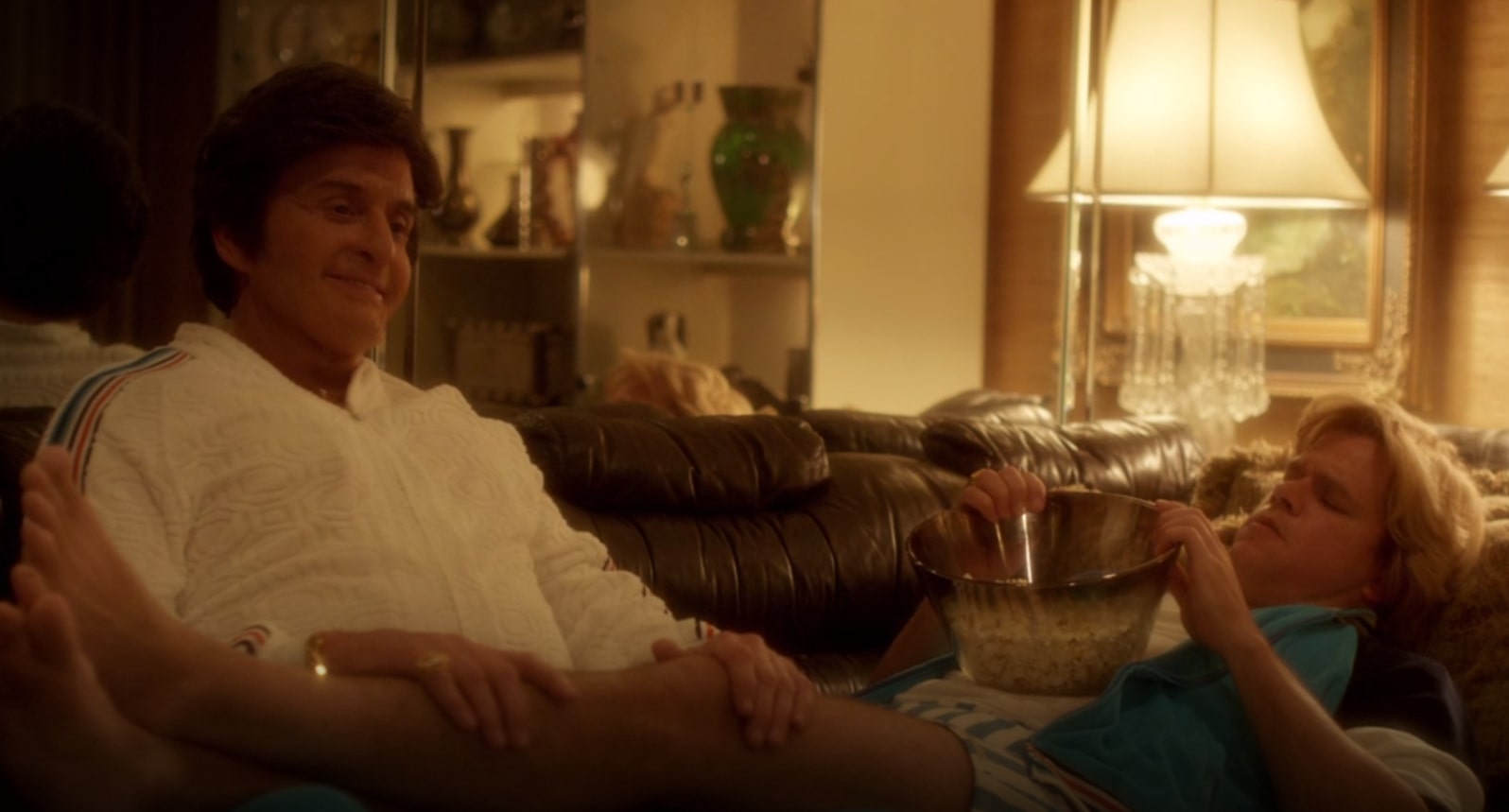 ‘And God Created Woman’ is a groundbreaking erotic movie that challenged the contemporary reservation about sexuality. It also turned its main star, Brigitte Bardot, into a sex symbol. The story revolves around Juliette, an 18-year-old woman brimming with sexual energy. She has no desire to be anything less than what she is, which irks most people around her. And yet, men are still drawn toward her for that very reason. Brigitte loves Antoine Tardieu, but the latter has little interest in a long-term relationship with her. When Antoine’s younger brother, Michel, asks Brigitte to marry him, she accepts, even though she doesn’t love him.

The sequel to 2012’s ‘Magic Mike,’ is one of those rare movies that are better than the original film. Set three years after the first one, ‘Magic Mike XXL’ begins as Mike (Channing Tatum), who now runs a furniture business, learns that his former boss Dallas has died. However, this turns out to be incorrect. Dallas isn’t dead; he just left most of his former employees behind and moved to Macau. When Mike learns that the Kings of Tampa are planning one last tour to Myrtle Beach male stripping convention, he decides to join them.

Although Tom Cruise had been active in Hollywood when ‘Risky Business’ originally came out, this is the film that turned him into a superstar. Cruise’s Joel Goodsen is the son of affluent parents living in the Chicago North Shore area of Glencoe. After his parents leave for a holiday, Joel’s best friend Miles urges him to live a little. That simple encouragement leads to a wild night during which Joel meets Lana, a prostitute; his mother’s precious Steuben glass egg gets stolen; and his father’s Porsche 928 is damaged. ‘Risky Business’ is a clever, stylish, and immensely likable film. It’s essentially ‘Ferris Bueller’s Day Off with lots of sex.