Shannon Lowery My 600 lb Life Update: Where is She Now?

TLC’s ‘My 600-lb Life‘ highlights the struggles of morbidly obese individuals—who generally weigh more than 600 pounds—as they embark on their journeys toward a healthier life. Under the guidance of renowned bariatric surgeon Younan Nowzaradan, a.k.a. Dr. Now, they can start over. He aids in the procedure by setting up particular diet and exercise treatment regimens for each patient and helping them to qualify for weight-loss surgery.

Since its inception in 2012, the reality series has presented astonishing stories of weight loss throughout its ten seasons. As people from diverse backgrounds sign up for the weight reduction show, viewers experience intriguing and unique tales of individuals. One such cast member was Shannon Lowery, from season 9, episode 10, who had to make tough choices to get healthy. This hooked viewers to her journey, who must be wondering where she is now. If you’re curious about the same, here’s what we found out!

Shannon Lowery, a 39-year-old resident of Tucson, Arizona, appeared in season 9 of the show as a bedridden woman. She depended on her husband, Simon, to clean her, make her food, and do every other task for her, basically living with her as a caretaker. Shannon could only get up from her bed to eat or get cleaned, but her love for food constrained her from changing her life. On the other hand, Simon had also become her enabler as he constantly overfed her out of love and his inability to say “no.” Nevertheless, Shannon’s passion for food began long ago because of several childhood traumatic experiences. 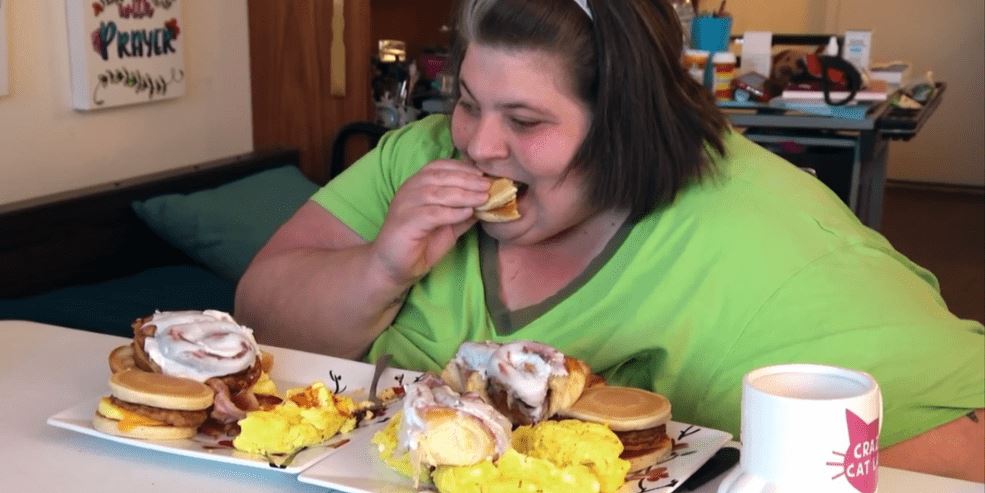 After being abandoned by her birthmother, Shannon’s father, Dale, remarried, and she got attached to her stepmother. But when they divorced, her stepmother and brothers moved out, leaving her alone and distressed. Moreover, Shannon’s father, as a single parent, had to work to provide for the family constantly. As a result, she spent most of her time at his workplace, a fast-food restaurant, where her love for food grew profoundly.

As a result, the more food Shannon used to fight her loneliness, the more weight she kept gaining, tipping the scales at over 100lbs by age 7. Though after a point, Dale could no longer take care of her, and she was sent to live with her relatives.

However, Shannon’s mother reappeared in her life after over a year, and they lived together for a while before the former began blaming her for the scarcity of food and money. Eventually, things worsened when the mother legally declared that she wanted no association with her daughter, leading the latter to move to various places and ultimately attempt suicide.

Eventually, Shannon later lived under the care of either her father, neighbors, or a caretaker, before finally moving to a nursing home. She could only move out of there after meeting Simon, falling in love, and then beginning to live together. 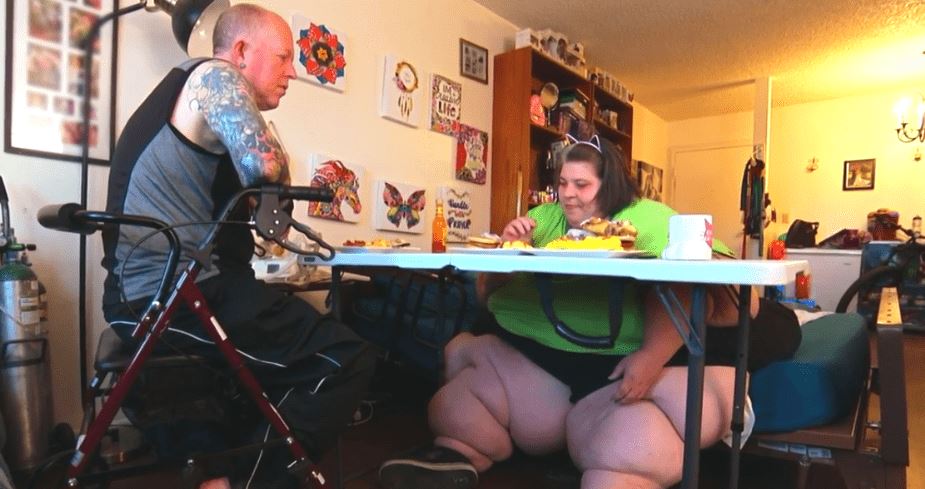 For the next ten years, Simon became her husband, caregiver, and slowly her enabler. Fortunately, when Dale contacted Dr. Now’s team to help his wife, she realized she was endangering her life and ruining her relationships because of her food addiction. She feared losing her life and a brighter future with her husband, so she decided to make significant changes and met the doctor via a video call. As Shannon could not get out of her room, the last weight check was two years prior, which was at 678lbs. She was then given two months to lose 100lbs before visiting Dr. Now.

However, when Shannon traveled to Houston after two months, she weighed in at 739 lbs. Hence, she was immediately hospitalized to check for life-threatening internal medical issues. Finding nothing serious, she was monitored and kept on a low-calorie diet for two weeks, when she lost around 70lbs.

But after getting discharged and advised to lose 150lbs in the next two months, Shannon only returned after several months with more weight gain (due to the COVID-19 lockdown), where she couldn’t even fit on the scale. Thus, it is natural for viewers to wonder where she is now and if she ever got the surgery.

Where is Shannon Lowery Now?

After the disheartening follow-up visit, Shannon decided to buckle up and redirected herself to work hard to maintain her diet and exercise regularly. She started going to a local gym in her wheelchair, hired a personal trainer, and stuck to her low-calorie, high-protein diet. While following that for some time, she made another visit to Dr. Now in month 13 of her weight loss journey. This time Shannon was happy to even travel without any discomfort and be able to fit on the scale, weighing in at 698lbs. Although Dr. Now was delighted with her progress, he worried it was prolonged, threatening her body for a more extended period.

Dr. Now again advised Shannon to lose 150lbs in the next two months and then move to Texas. If she failed to do that, she was asked to lose another 30 pounds per month till she reached her goal weight of under 500lbs. Dr. Now also asked Simon to make more substantial changes and help his wife lose weight faster. By the end of her episode, at month 14, Shannon optimistically said, “This past month, I’ve been doing good. My stamina has improved with how much I’m working out. From here on out, I’ve chosen to get healthy and to do things to be healthy mentally and physically.”

Since then, Shannon has kept her promise and has continued with her diet and exercises regularly and diligently. She often shares her healthy meals with her followers on social media and opened up a YouTube channel to share her workouts and weight loss journey. Although the couple had already found a place in Houston, they couldn’t move due to financial reasons, particularly not finding a feasible location. Meanwhile, besides her diet, Shannon returned to painting and working on diamond art.

Unfortunately, there was a health scare for Simon when he was in the ICU for some surgery, and he later recovered. According to Shannon’s latest update, he might have a slowly increasing cancer, though she hasn’t mentioned anything more about that. In terms of her weight, she has successfully brought it down to 595lbs, losing over 100lbs. Thus, as Shannon waits for the next step towards her bariatric surgery and continues her weight loss journey, we only wish her success and more happiness in her future.

Read More: Cynthia Wells My 600-lb Life Update: Where is She Now?