Shark Tank Net Worths, Ranked: Who is the Richest Shark? 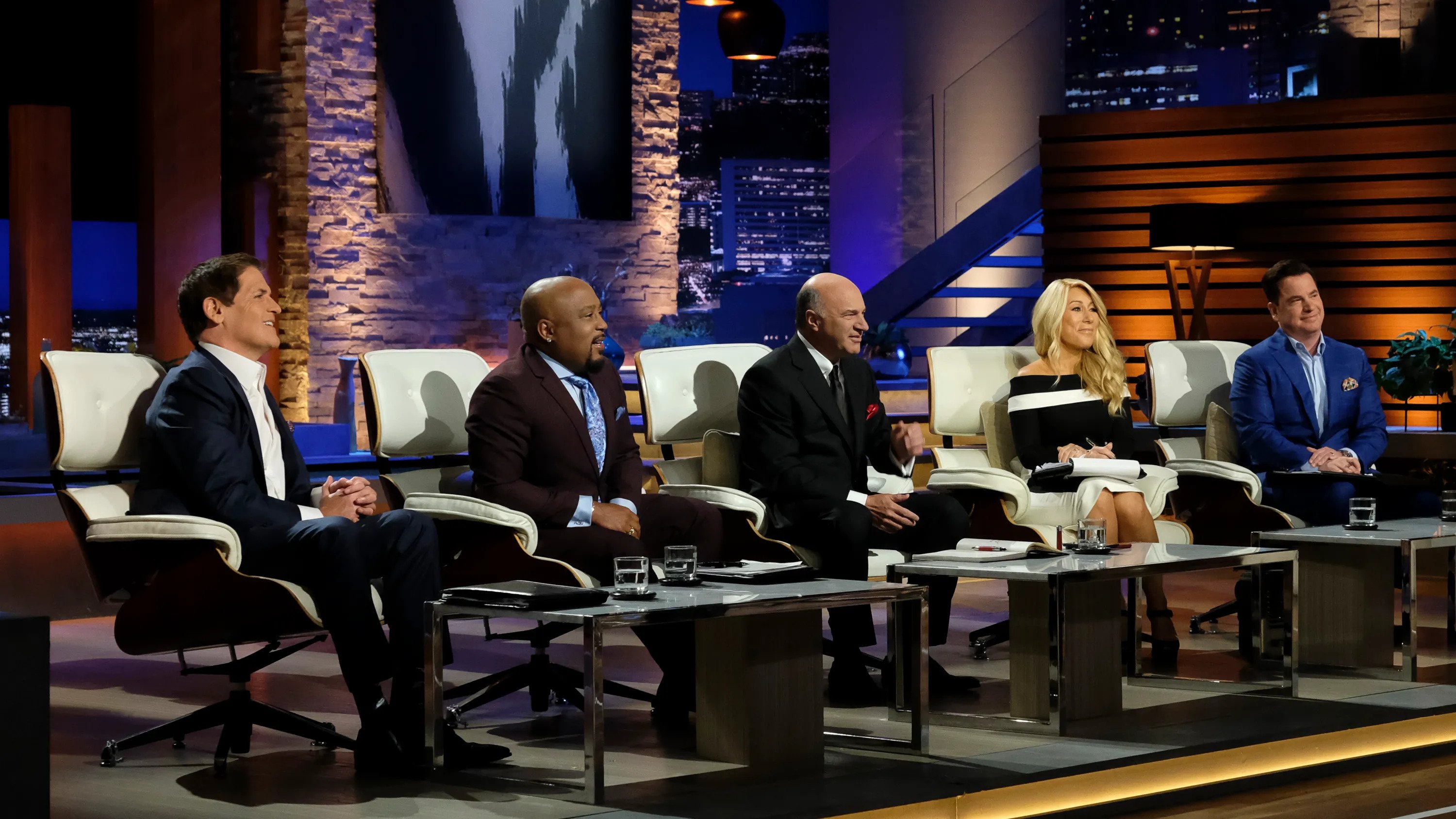 ABC’s ‘Shark Tank‘ provides the perfect platform for budding businesses and entrepreneurs to launch themselves into the spotlight. The entrepreneurs present their company or product to a panel of industry leaders AKA the Sharks. The Sharks then use their experience to judge each product on its profitability, and if interested, they end up investing in it.

Although the final acceptance of the investment is always left to the entrepreneurs, the massive investments often change the very trajectory of companies. With the show enjoying a successful 12 season run to date, the Sharks have invested a significant amount of money in several businesses. Being industry leaders, their highly successful careers have often led to questions about their net worth. Well, we come bearing answers!

Barbara Corcoran is the founder of The Corcoran Group, a massive real-estate brokerage based out of New York City. Surprisingly, Barbara had worked 20 jobs by the time she was 23 and then started a company with her then-boyfriend after borrowing $1000 from him. Seven years later, the couple split up, and Barbara, determined to make it big, found her own company in 1973. The company grew through leaps and bounds in the following years, ensuring Barbara climb to the very top of the real estate enterprise.

Ultimately, in 2001, Barbara exited her company and sold it to NRT LLC for $66 million. She is a columnist for several popular publications like The Daily Review as well as Redbook and hosts ‘The Millionaire Broker with Barbara Corcoran’ for CNBC. Moreover, she is an established writer and has written and published three popular books (two of which were co-authored with Bruce Littlefield).

Being a reality TV star, Barabara has graced the Sharks panel of all seasons of ‘Shark Tank’ where she invested in over 80 businesses. She also uses her talent and experience to deliver motivational speeches and work as a consultant. Additionally, Barbara even owns a luxurious, two-storied apartment in New York, valued at $10 million. With such a successful career, it is no wonder that Barbara Corcoran has gathered a net worth of $100 million.

A brilliant invention in the form of an earring organizer brought Lori Greiner into the spotlight in 1996 and paved her way to success. Her creation proved so popular that it was picked up by the department store J.C. Penney and earned her a massive profit within a year. Lori then turned her attention to the world of QVCs and started her own show ‘Clever & Unique Creations,’ in 1998. QVC turned her into a household name, and Lori was propelled to start her own company, For Your Ease Only.

Through her Chicago-based company, Lori sells several everyday items aimed at making the consumer’s life easier and more orderly. She is also a motivational speaker and uses her experience to motivate and guide others. Lori Greiner has been a main Shark on ‘Shark Tank’ since season 4, and the show has given her the opportunity to invest in numerous successful businesses. Additionally, Lori has also authored a book based on her journey to the top rung of entrepreneurship. Thus, at present, Lori has a net worth of $150 million.

Robert Herjavec made most of his money through his skills in the field of cybersecurity and information technology. In 1990, he founded BRAK Systems, a Canadian Internet security firm that found great success under his leadership. Ultimately, in 2000 telecom giants AT&T Canada bought the company for $30.2 million. With his first entrepreneurial venture a success, Robert was employed as the Vice President of Sales at Ramp Network for a short time before deciding to start another IT company. He fulfilled his dream in 2003 by establishing the Herjavec Group.

Through his group, Robert offers top-class cybersecurity services and consultation. His success led him to expand his company beyond borders into the United States and the United Kingdom. Apart from his successful business, Robert is a motivational speaker and has three popular books. He is also a regular on ‘Shark Tank’ since season 1 and has invested in several successful companies through the show. Moreover, before appearing on ‘Shark Tank,’ Robert was an investor on the show ‘Dragon’s Den.’ At present, Robert Herjavec has a net worth of $200 million.

Daymond John became a household name in sports through his sportswear brand FUBU. He started the company in 1992 while still living with his mother and saw that his ideas were fetching him quite a bit of profit. With the business needing time to grow and his family in need of money, Daymond worked a full-time job at Red Lobster and committed all his free time to develop FUBU. Sources state that Daymond and his mother contributed to the business by mortgaging their house for $100,000. Initially, the company struggled as they had no proper investment to fulfill their orders. However, with the growing popularity, the problems gradually disappeared, and FUBU earned an excellent reputation in the sportswear industry.

Apart from FUBU, Daymond is the CEO and founder of a consulting firm, The Shark Group. He is also a motivational speaker and a bestselling author who has published four books. Moreover, he is the founder of Next Level Success, a program that guides new business people and entrepreneurs. Additionally, he has appeared on every season of ‘Shark Tank’ and has made quite a few profitable investments through the show. With a flourishing career under his belt, he has a present net worth of $350 million.

Kevin O’Leary is a successful businessman who holds numerous profitable ventures in various fields, making him a resourceful Shark. Staring his entrepreneurial journey by establishing entertainment software company SoftKey Software Products, Kevin took the company to great heights before Mattel acquired it in 1999. In 2003, Kevin found himself on board at StorageNow Holdings, a climate-conditioned storage company. He invested in the company and served as the director before selling some of his shares in 2007 for $4.5 million.

Since then, Kevin has offered his expertise and experience to guide different companies to success. He also founded and operated numerous companies like O’Leary Funds, O’Leary Ventures, O’Leary Mortgages, O’Leary Fine Wines, and O’Leary books. Although some of these companies have since closed, they have all contributed to his massive net worth.

At present, Kevin runs his investment fund, O’Shares Investment, and has even dabbled his foot in gold investment. He has also appeared on numerous TV shows, including ‘Dragons’ Den’ and ‘Discovery Project Earth.’ He has been a part of ‘Shark Tank’ since season 1 and has made many profitable investments through the show. Additionally, he is also a celebrated author and has published three books to date. With all his successful ventures combined, it is no surprise that Kevin O’Leary has a net worth of $400 million.

The richest Shark on ‘Shark Tank’ by a mile, Mark Cuban has built up his empire through hard work and dedication. Right from his younger days, Mark Cuban had a knack for business, be it through selling garbage bags or newspapers. However, interestingly, he found his first successful company after getting fired from a computer software salesman job. The failure propelled him to launch MicroSolutions, a software company that competed with the one that fired him.

Cuban used his talent to take his business to heights and finally sold it for $6 million in 1990. He then took on the most significant venture in his life by investing $10,000 in a company called AudioNet, a streaming service for various sports, which he operated along with Todd Wagner. By 1998, the company was renamed Broadcast.com, and just nine months after getting listed, it was bought by Yahoo for $5.7 billion in 1999. With the sale making Cuban a billionaire, he invested in numerous sports-related businesses, which has contributed heavily towards his net worth.

Cuban is also known for investing in multiple promising start-ups and companies, which earned him a pretty profit. He even owns a majority stake in the Dallas Mavericks and co-established 2929 Entertainment LLC with Todd Wagner. At present, Cuban is a co-owner of 2929 entertainment. Through it, he co-owns and operates numerous subsidiaries, including but not limited to 2929 Productions, Magnolia Pictures, Spotlight Cinema Networks, and AXS TV.

Cuban is also an established author, having published several books and has appeared in numerous movies and TV shows. Being a regular on ‘Shark Tank’ since season 3 has also allowed Cuban to invest in several profitable ventures. His massive and successful empire is what paved the way for him to amass a humongous net worth of $4.5 billion.