Shikimori’s Not Just a Cutie Episode 3 Recap and Ending, Explained 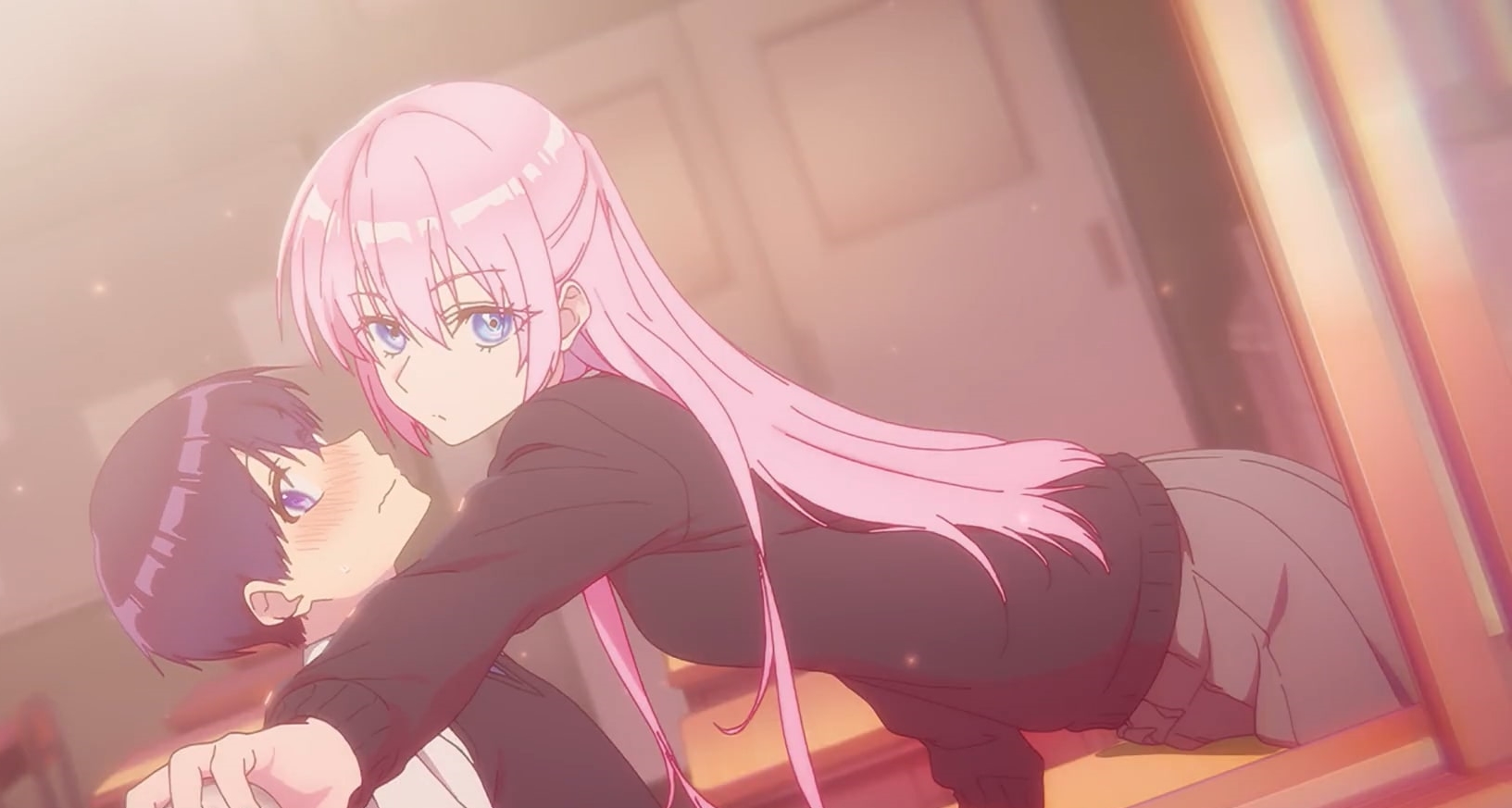 In the third episode of ‘Shikimori’s Not Just a Cutie‘ titled ‘Misfortune, Followed by Sunshine,’ the titular protagonist goes out on a movie date with her boyfriend, Izumi. Both of them are nervous about the big day and try to do their best to make it a better date for each other. Unfortunately, misfortune continues to follow Izumi, but their date ends on a happy note after Shikimori spends some time with her boyfriend’s parents. Here’s everything you need to know about the ending of ‘Shikimori’s Not Just a Cutie’ episode 3. SPOILERS AHEAD!

While Izumi is busy in the classroom doing his own work, Inuzuka tells him that he has two coupons for movies that will expire the coming Sunday. Since he has a part-time job to do that day, he won’t be able to make it to the theater and gives the coupon to Izumi so that he can take somebody with him. Shikimori, who is listening to their conversation, pretends to be completely clueless, but when her boyfriend asks her if she would like to accompany him, the titular protagonist can’t hold back her excitement and agrees to go with him. 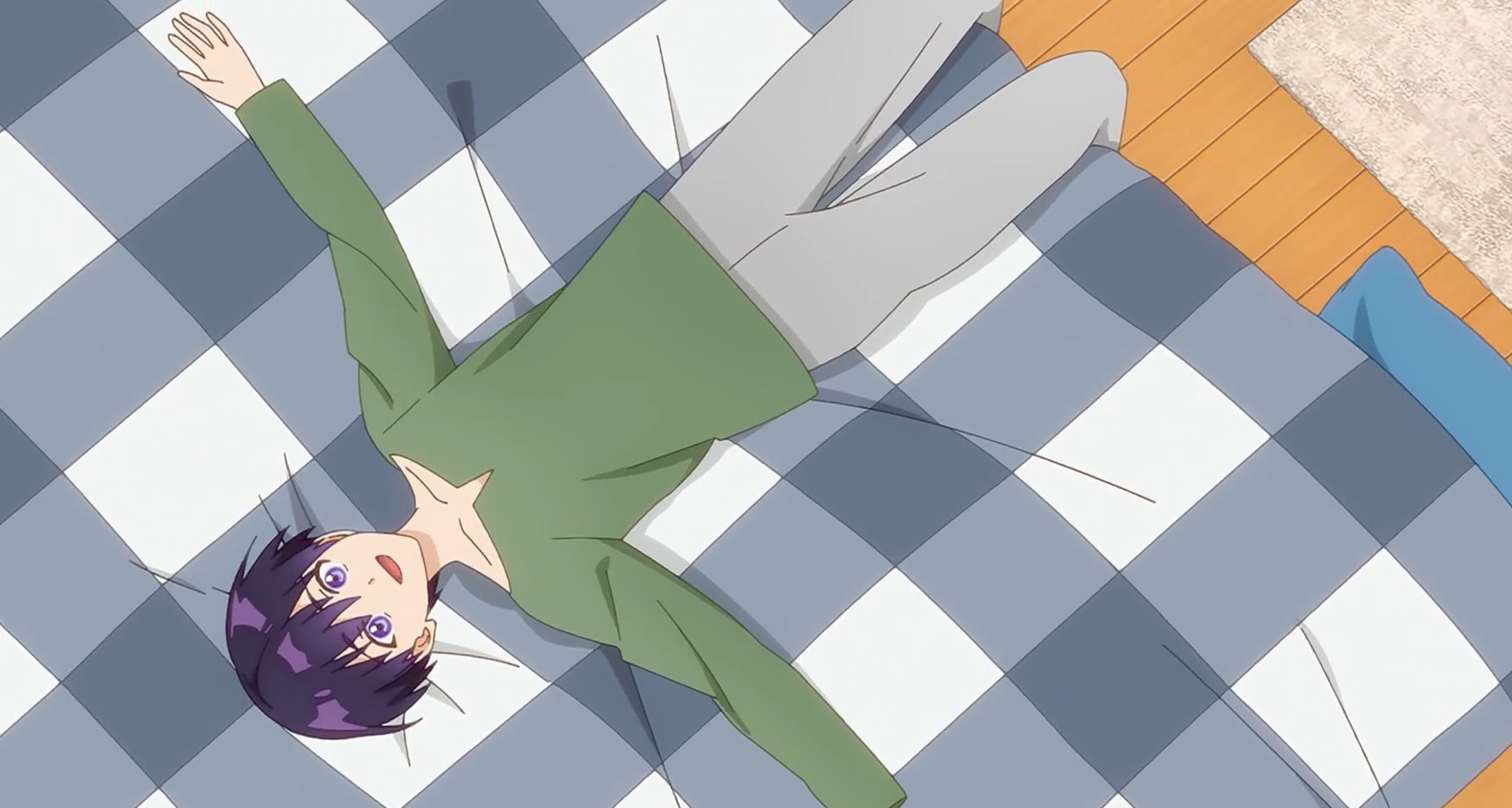 Later at home, Izumi thinks how romantic his movie date with Shikimori is probably going to be when he suddenly recalls that things have always turned out quite badly on their previous dates. As he begins to remember all the misfortunes, Izumi decides that he needs to prepare accordingly. He gathers all the necessary stuff in a bag, hoping that it will be handy in an emergency. Meanwhile, Shikimori is struggling to decide on the dress she will wear.

The following day, Izumi leaves his home early, assuming that he will likely face some problem on his way. His hunch turns out to be accurate, but as he has ample time, Izumi is able to deal with misfortune and help others without being late. When he sees Shikimori, he is blown away by her stunning looks. The couple then reaches the theater together, where they begin to choose the film they will be watching. Izumi asks Shikimori to tell her what she likes, and the duo ends up deciding on a horror film.

Izumi believes that he will be able to handle the movie as he has watched somewhat similar films in the past. He also imagines giving his girlfriend some comfort in case she gets scared. However, as the film begins, the table turns as Izumi can barely keep his eyes open, and Shikimori has to give him the much-needed emotional support. After the movie, the couple plan to go to a bakery, but when Izumi realizes that he has lost his wallet, they have to change their plans. 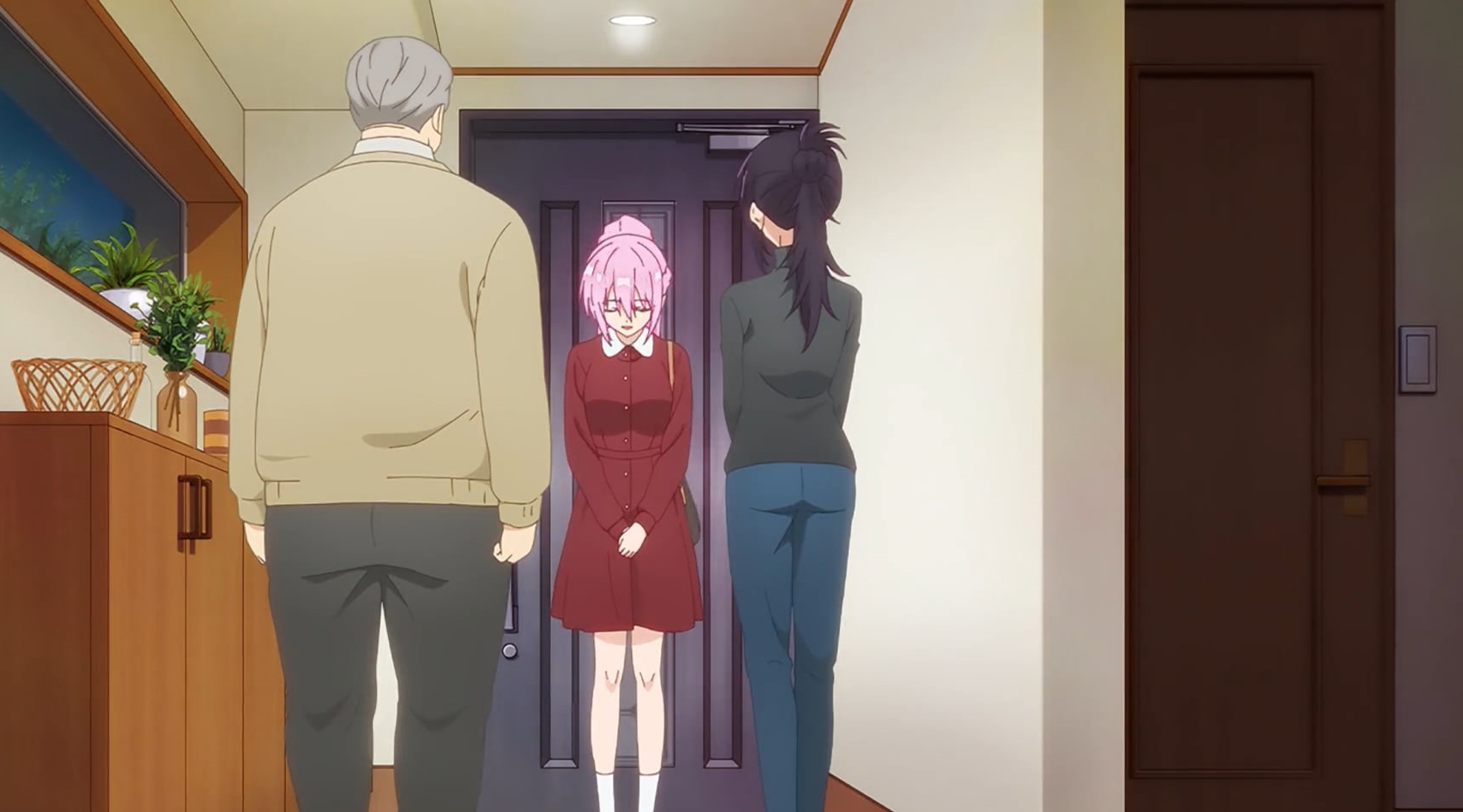 Luckily, they accidentally meet Izumi’s parents on the way and are invited by them for dinner. After they reach his home, his parents prepare the meal, and everyone begins to eat together. Shikimori loves the food and gets to talk to her boyfriend’s family without any hesitation. Once they have eaten, Izumi falls asleep while his girlfriend helps his mother, Motoko, do the dishes. Shikimori learns that Motoko is glad that she is dating her son and wants her to always be there for him. When Izumi wakes up, he finds Shikimori playing video games with his father.

Shikimori’s Not Just a Cutie Episode 3 Ending: Why Does Motoko Want Shikimori To Always Be There For Her Son?

Motoko has always been an overprotective mother who has seen his son struggle with misfortune. When Izumi was a young boy, she had to send her outside the house wearing a yellow helmet as she worried that he might get seriously hurt. Even with all the precautions, he always ended up getting in some trouble. Therefore, Motoko has experienced the pain of watching her son getting hurt for several years. 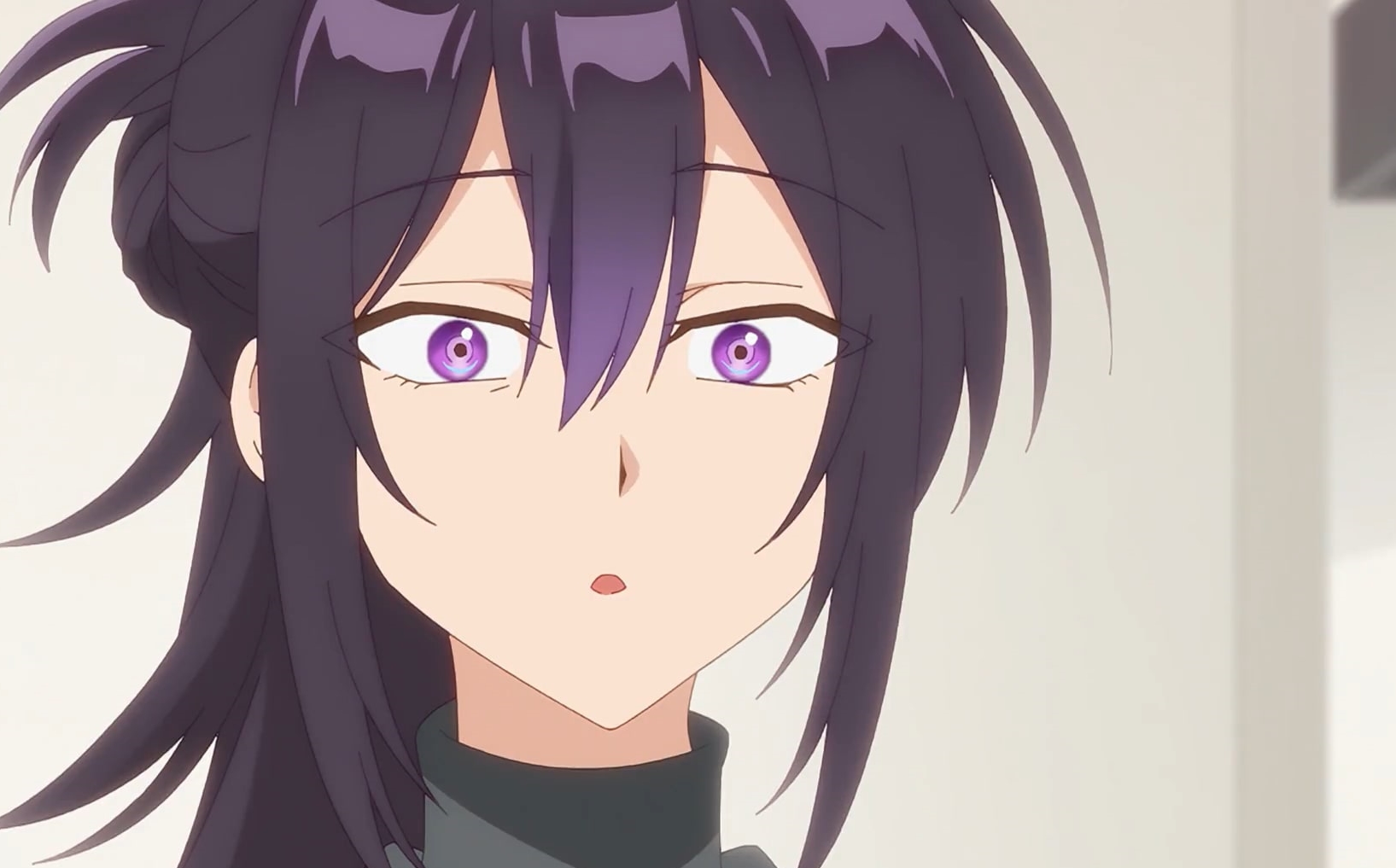 But ever since Shikimori has come into Izumi’s life, things have changed all of a sudden. While his misfortune has continued to follow him around, she has always stood by him, often saving him from disastrous situations. Even while having dinner together, a fork is about to pierce Izumi’s face, but Shikimori catches it at the right time.

Despite her unending love for her son, Motoko knows she could never protect Izumi the way her girlfriend has been doing for a while now. Therefore, she wants Shikimori to always be there for him as she believes that he will be safe with him. Motoko’s trust in Shikimori speaks volumes about Izumi’s girlfriend’s dedication and her sheer willpower to stand in front of all the misfortune that comes his way. So, it is quite understandable why Mokoto feels the way she does.