Shikimori’s Not Just a Cutie Episode 6 Recap and Ending, Explained 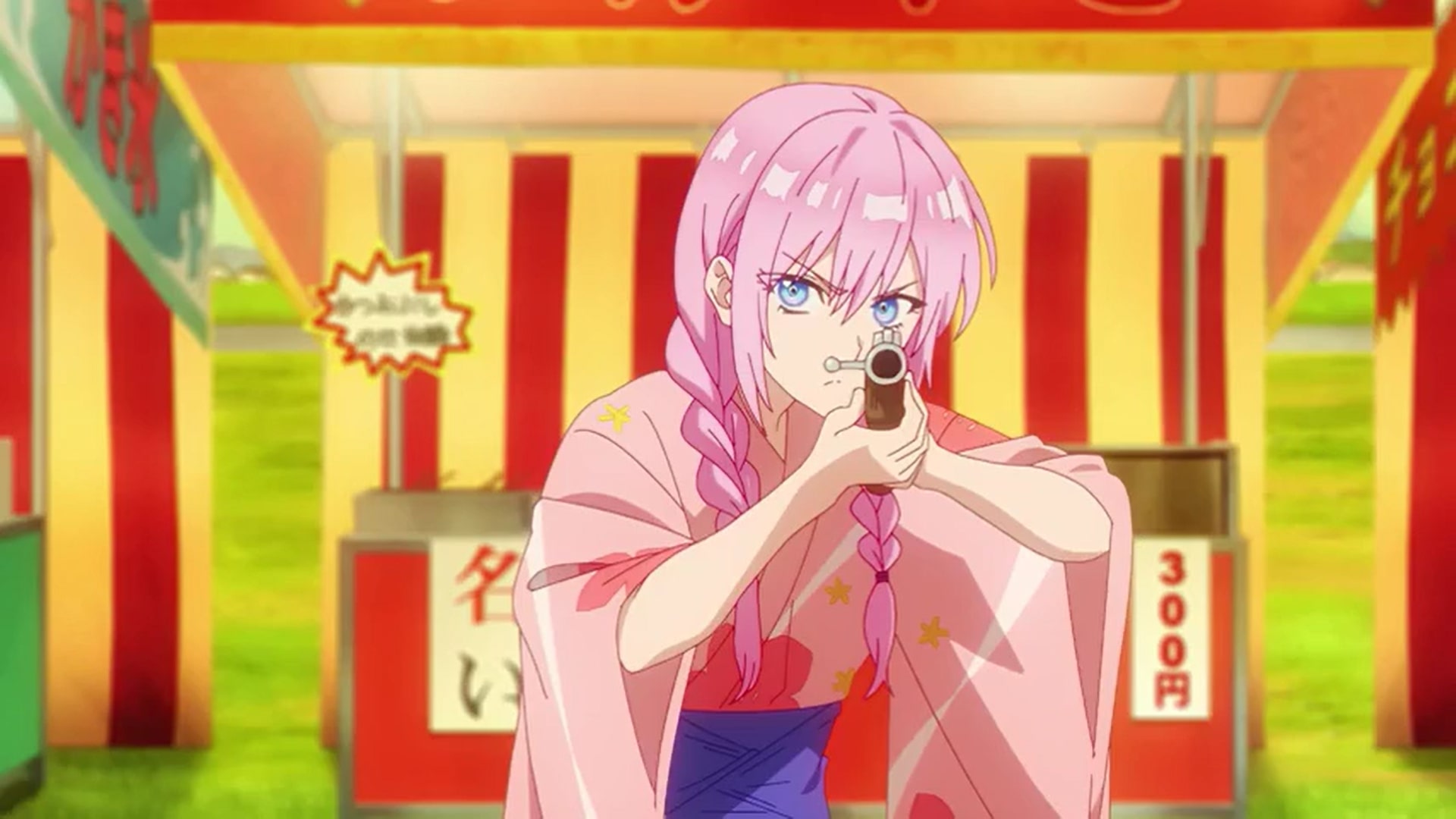 In the sixth episode of ‘Shikimori’s Not Just a Cutie,’ titled ‘With Fireworks Comes Summer’s End,’ the show follows Izumi, who, while recovering from sunburns, plans to go out with Shikimori. The couple gets to spend a lot of time with each other during the firework festival. While Shikimori’s boyfriend has a surprise for her, his plans are threatened by unforeseen circumstances. Here’s everything you need to know about the ending of ‘Shikimori’s Not Just a Cutie’ episode 6. SPOILERS AHEAD!

After coming from the riverside trip, Izumi rests at his house. When Shikimori calls him, he informs her that he has sunburns and won’t be able to go out for some time. Just when his girlfriend is expressing her disappointment, Izumi’s eyes fall on his television. The reporter is talking about the firework festival that is about to be held in the region on the coming weekend. 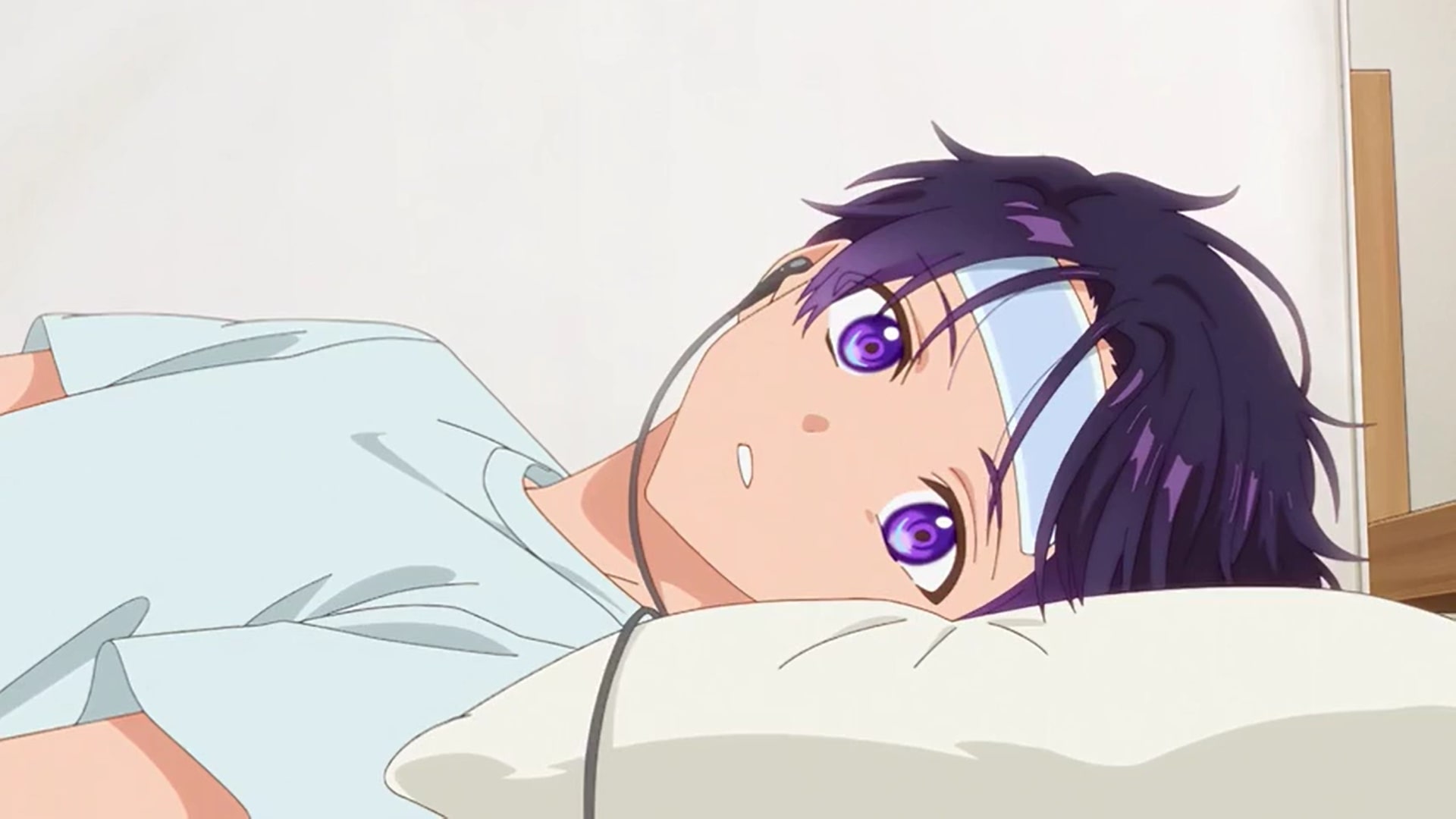 While Izumi had planned not to go anywhere, he instantly asked Shikimori if she would like to go to the festival with him. The couple then make plans for their next date and start preparing in the following days. Shikimori wears her grandmother’s yukata to the festival and looks absolutely breathtaking. After meeting each other, the couple plays the shooting game in which Izumi tries to win a stuffed toy for her girlfriend.

However, when he fails, Shikimori ends up winning the toy and gifts it to Izumi. The duo has no dearth of time, and they eventually play in multiple of the stalls. Although Shikimori has hated eating sweet things in the past, she has developed a liking for it after being with Izumi for several months.

So, when he is eating cotton candy, she is more than happy to join him. The couple is soon joined by their friends Hachimitsu, Inuzuka, and Nekozaki. While the girls can’t stop complimenting Shikimori’s dress, Inuzuka suggests to Izumi that they should play a goldfish scooping game. Shikimori’s boyfriend is more than happy to compete against him. While Hachimitsu, Nekozaki, and Shikimori watch, Izumi gets dominated by Inuzuka in the game. 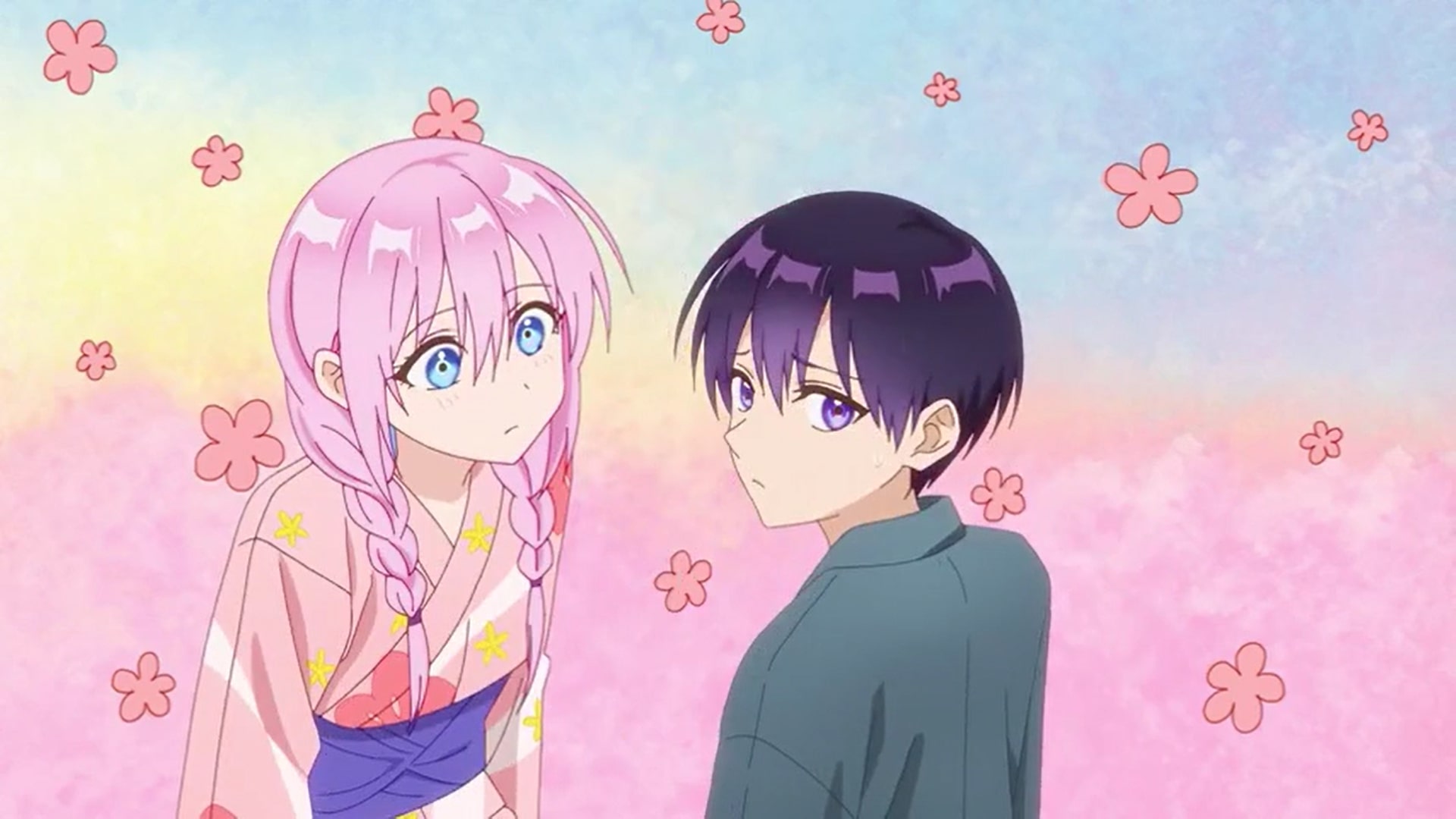 It infuriates the titular protagonist, who vows to avenge her boyfriend. However, she does not realize that Inuzuka is far more experienced in the game and easily overwhelms her. But Shikimori refuses to give up and continues to try. But when Hachimitsu and Nekozaki notice that the fireworks are about to begin, they force her to leave it up to them and send her with Izumi so that the couple can spend some time together.

Shikimori’s Not Just a Cutie Episode 6 Ending: What Surprise Does Izumi Gives to Shikimori in the Firework Festival?

Izumi’s father has told him about a secret spot where he can enjoy the best view of the fireworks with his girlfriend without being bothered by anyone. Therefore, he had planned to surprise her by taking her to the secret spot. Unfortunately, Shikimori’s feet get bruised during the festival, so she can hardly get up by the time Izumi tells him about his plan. However, he refuses to give up.

Izumi carries his girlfriend on his back and, despite her reluctance, walks to the top of a slope. Once they reach there, the couple finds a seat that is just positioned in the right direction to observe the fireworks. When Shikimori asks why he was so determined that he even went as far as taking her to such a long distance, Izumi confesses that he wants to see her genuinely happy. 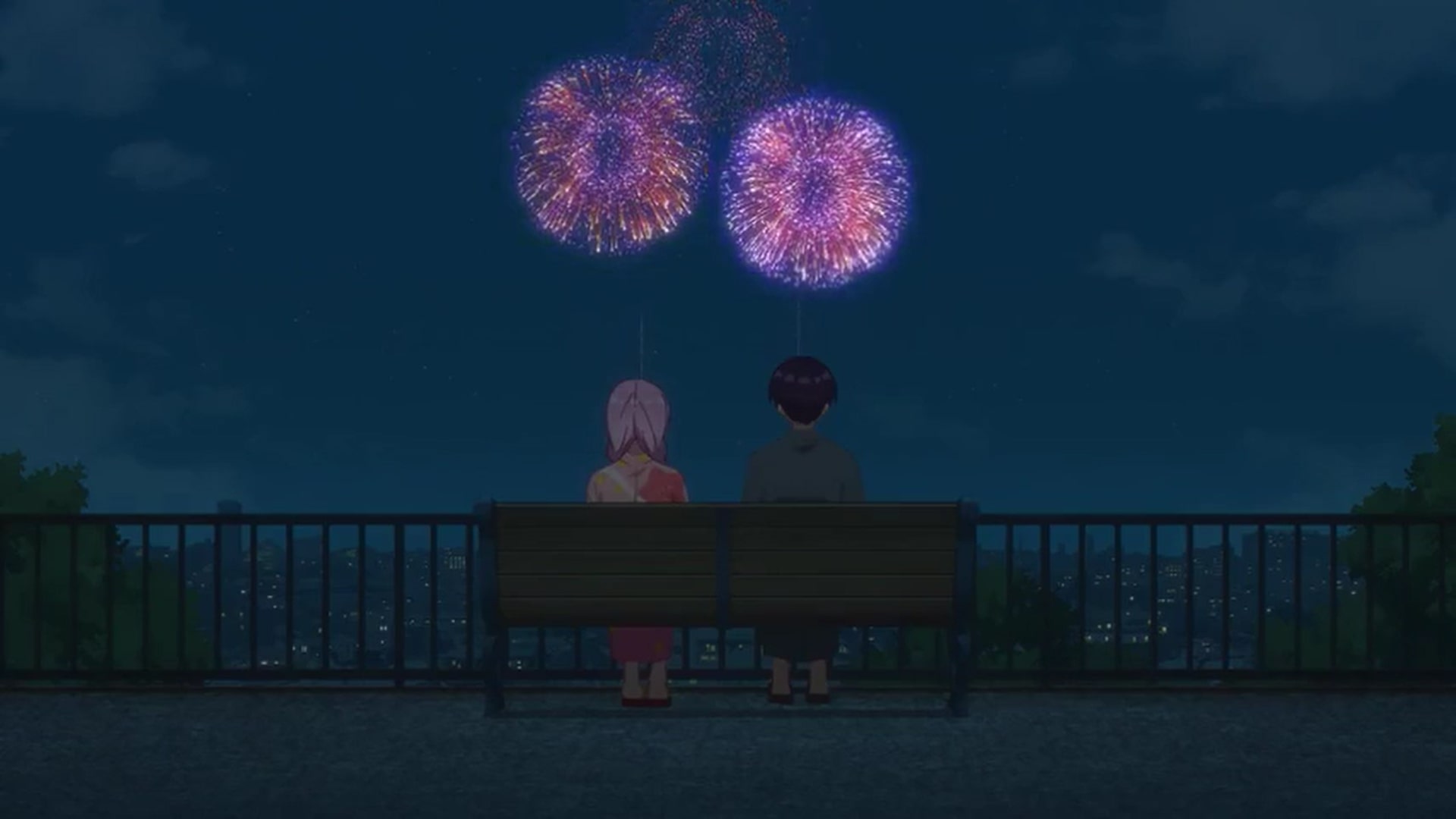 Once they have settled down in their seats, the duo is mesmerized by what they see in front of them. Shikimori confesses that she was waiting for Izumi’s call last year so that they could go to the festival together. But he never really called her, and the duo stayed at their homes instead of experiencing such a wonderful evening. Izumi regrets not calling her back then.

However, they quickly leave the past behind them and enjoy a romantic evening together. When Izumi begins to carry her down the slope, he misses a step and is about to fall along with his girlfriend. Luckily, his father is right there and catches him at the right moment. He reveals that he was there all the time with his mother, watching them observing the fireworks. They did not wish to disturb Izumi and Shikimori because they appeared to be having a great time together.