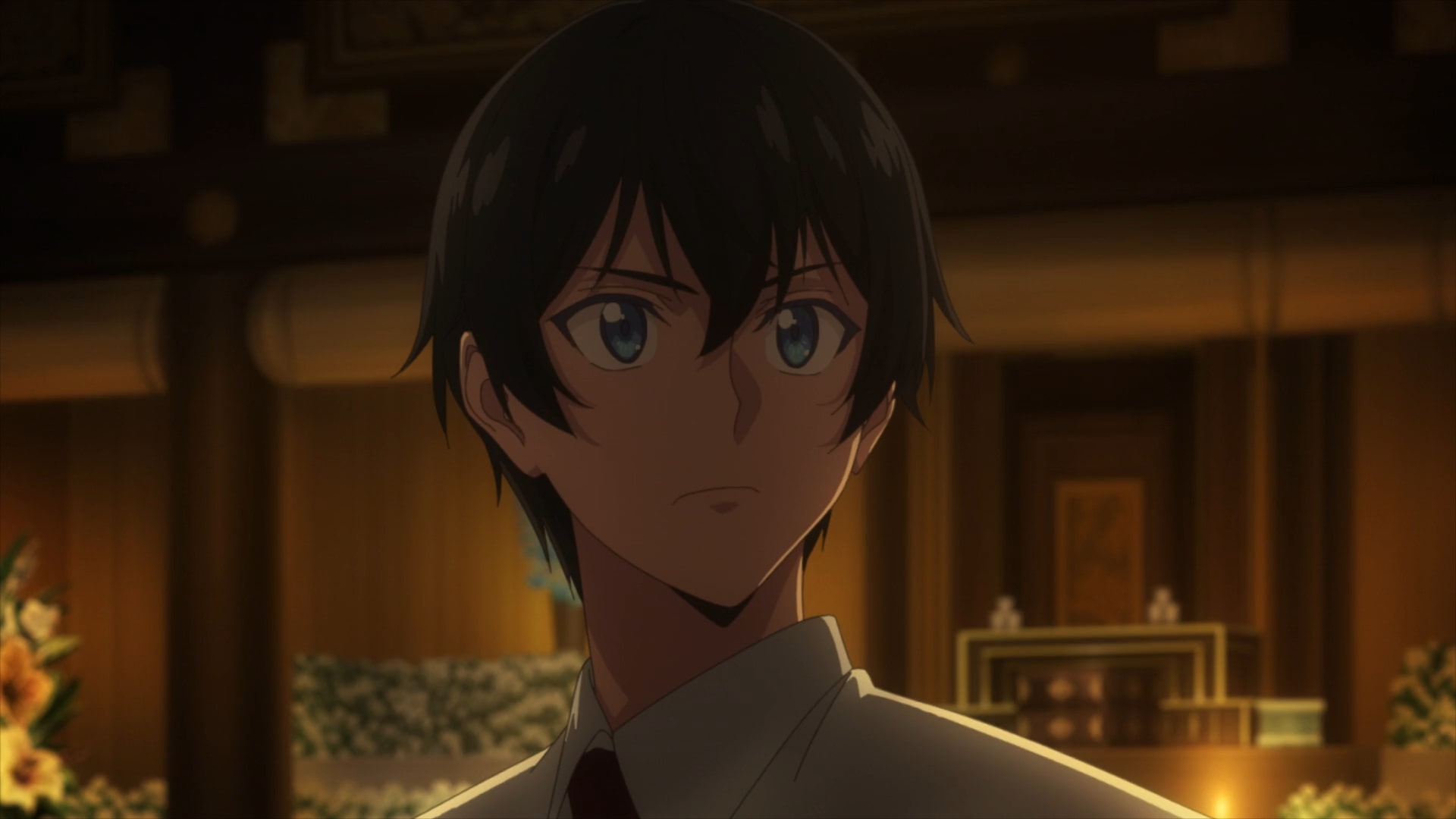 In ‘Shinobi no Ittoki’ episode 10 titled ‘Those Taken, Those Taken From,’ Ittoki becomes the new Iga chief following the murder of his mother. While Ryouko and Kirei return home, he meets Kousetsu and it is then revealed that she is the daughter of the current Koga chief, Kidou Minobe. However, she did not murder Yumika of her own volition and was actually under the control of a chip that was planted in her brain after her birth. Here’s everything you need to know about the ending of ‘Shinobi no Ittoki’ episode 9. SPOILERS AHEAD!

Following the death of his mother, Ittoki is told that Kotetsu has been taken into custody by Tokisada. He is naturally still processing the loss of his mother but it is decided at that moment that he will now officially become the new chief of the Iga clan. Meanwhile, Koga prepares to strike Iga again while Suzaku is advised to stay in hiding for now as his life could be in danger. Shione Kouzuki meets Tokisada to discuss the recent events and inform him about something shocking. 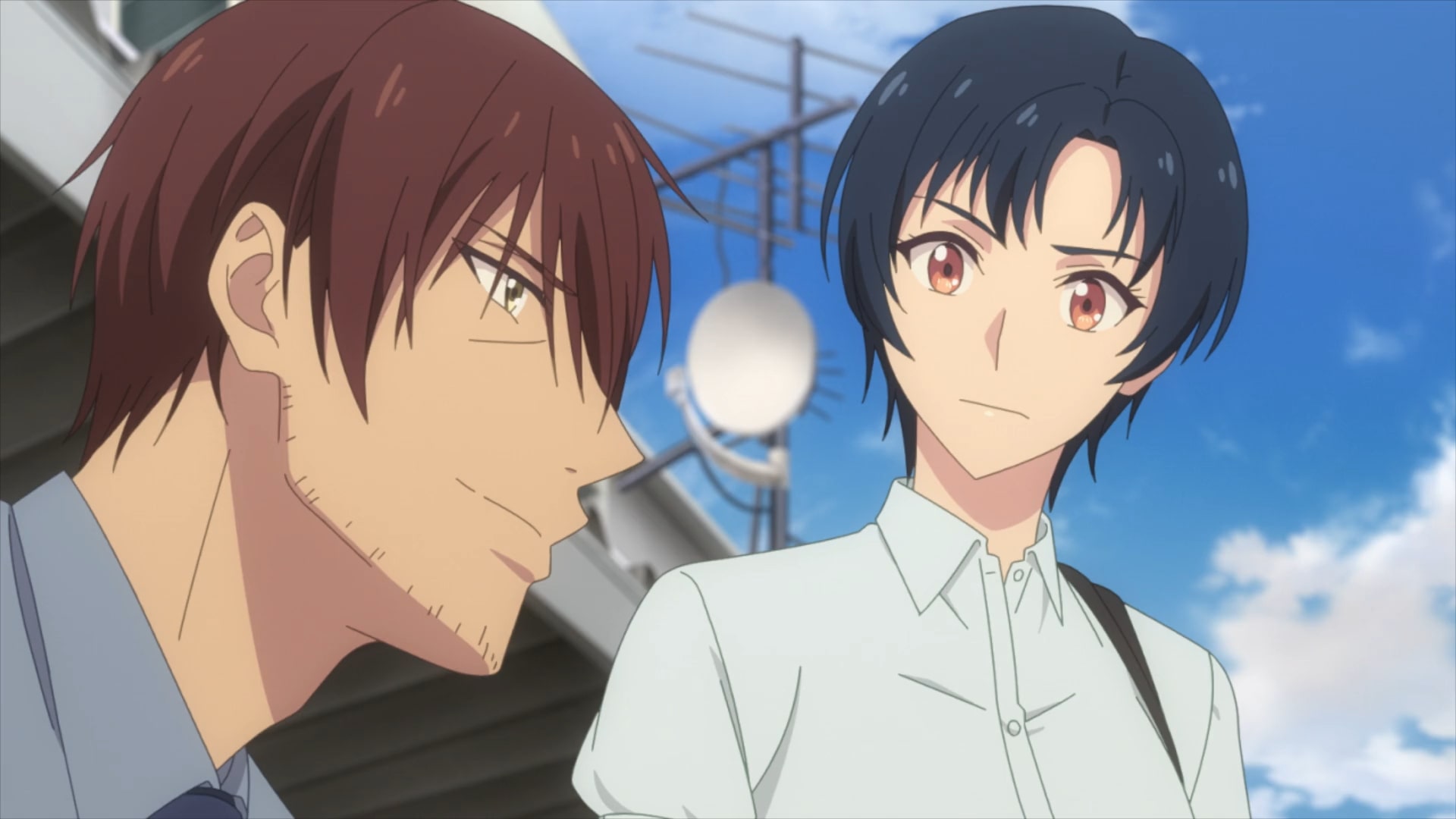 Tokisada learns that Goshogawara’s killers are still in captivity while Jizen Jairobu, the founder of NSC, has taken over as the provisional head of the organization. She also gives hands over Genji Karajishi’s register to him which is a piece of incriminating evidence in establishing a connection between him and Koga village. However, Shione is interested to learn what connection Koutetsu could possibly have with the Koga clan.

Meanwhile, Ryokou tells Ittoki that her father is in hospital so she will be returning to her home soon. Since she is leaving, Kirei also decides to go back. Later that day, Tokisada takes Ittoki to visit Koutetsu who is still in custody until now. It turns out that he has to tie her hands because of her suicidal feelings. Koutetsu tells Ittoki that all she remembers from that day is hearing a bell in her head and then she saw Yumika lying in the pool of her own blood. Tokisada then explains that Koutetsu is actually Kidou’s daughter who was born as a result of his illicit affair with his mistress. 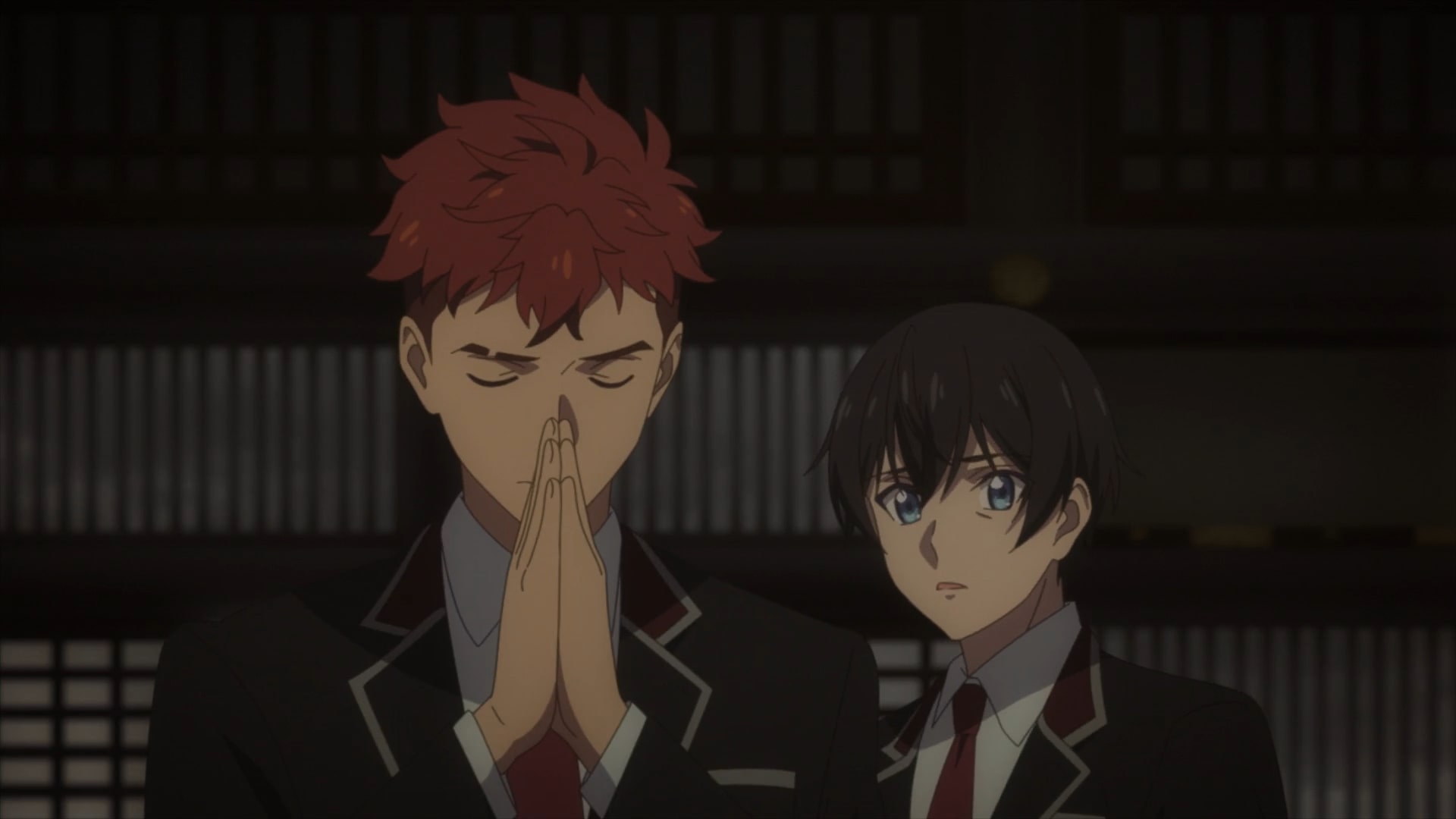 Like Satomi and many other children, she was sent to a village to become a spy for the Koga. A chip was planted in Koutetsu’s brain at a young age, which eventually allowed the killers to control her. Ittoki struggled to process the harsh reality and prays in front of her mother’s photo the following evening. That’s when Suzaku suddenly joins him. But he crosses the line by asking what it feels like to lose a parent, which naturally leads to a scuffle between the two.

After his scuffle with Ittoki, Suzaku supposedly returns to his apartment. When he sees the framed photograph of him and his father, he appears to get emotional. However, he then turns it and decides to open the frame probably because of his gut feeling. There he finds a memory card that he has never noticed. Suzaku then uses it on his laptop and finds that it has a few videos, which he naturally decides to watch for himself. The video captures the last moments of Kishinmaru who is interacting with Kidou. 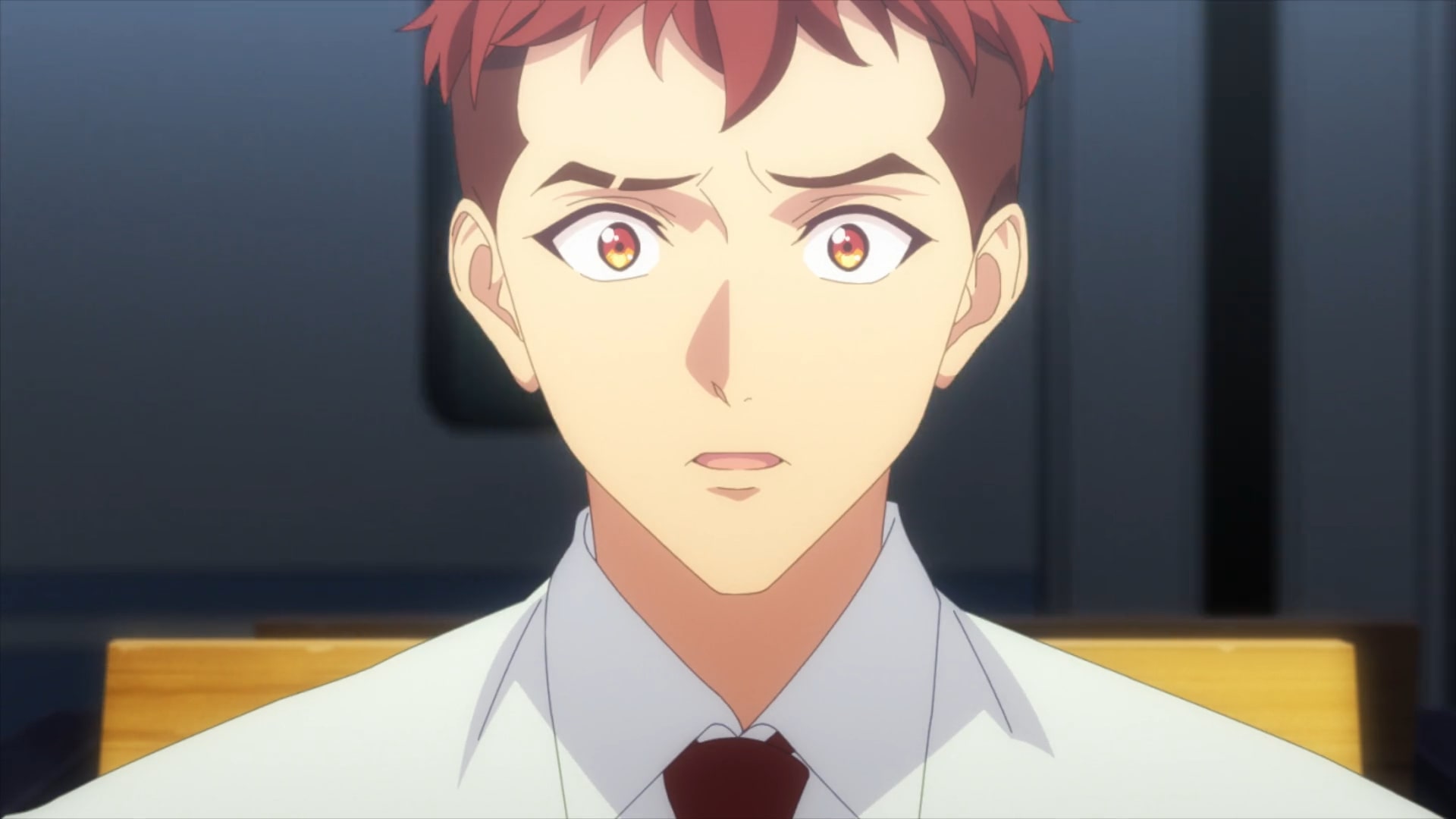 Kishinmaru disagrees with Kidou’s philosophy of creating a world without ninjas. However, Kidou stresses that for the peace of the world he will get rid of all the ninjas and rule it from the shadows with his army of Asuras. But Kishinmaru rightly feels that he is going too far with his ideology as the world he imagines as ideal is not inclusive of the ninjas, which is unfair.

However, instead of resolving the differences with further discussions on the subject, Kidou instead decides to kill Kishinmaru as he probably feels that he is going to be a huge problem in his path. Suzaku who is watching this incriminating evidence against Kidou for the first time is shocked. He has always believed that Iga village needs to pay for the crime of killing Kishinmaru but it turns out he was murdered by his own trusted ally.

What Message Does Minou Send for the Iga Clan? What is Ittoki’s Initial Response to Surrendering His Village?

While Ittoki is taking his time to mentally get over the death of his mother, Kidou sends a letter to him demanding the secret Ninja core. Furthermore, he wants the villagers to leave their homes and hand over everything to the Koga clan. The villagers who learn about this are infuriated especially since they have lost their beloved chief just recently. 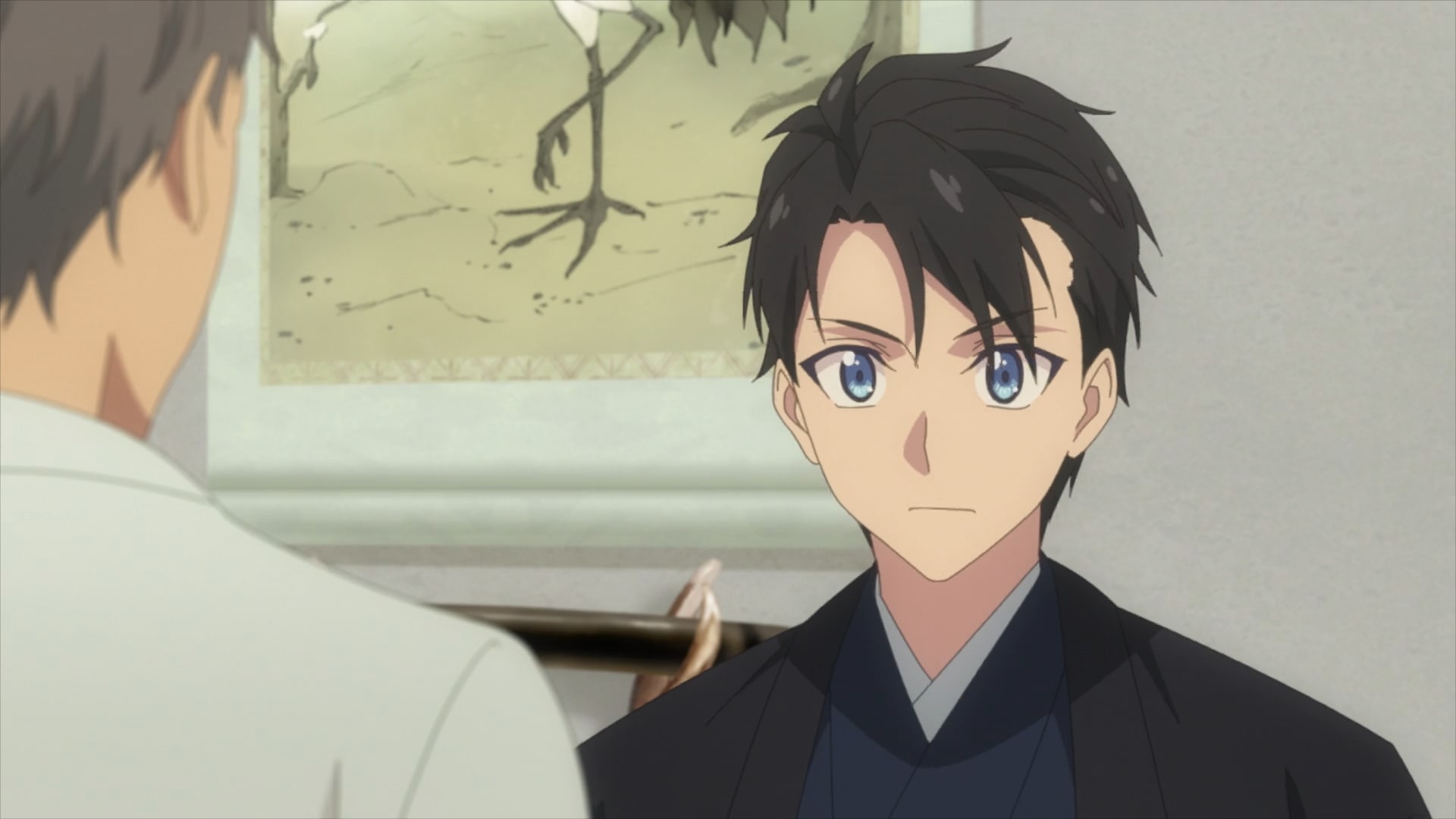 But instead of immediately doing something, Ittoki asks for more time. However, the villagers do not like his indecisiveness and feel that they would end up getting killed by the Koga if they attack again. Meanwhile, Ittoki is just preparing himself for the tough road ahead and is most likely going to some big decisions soon.