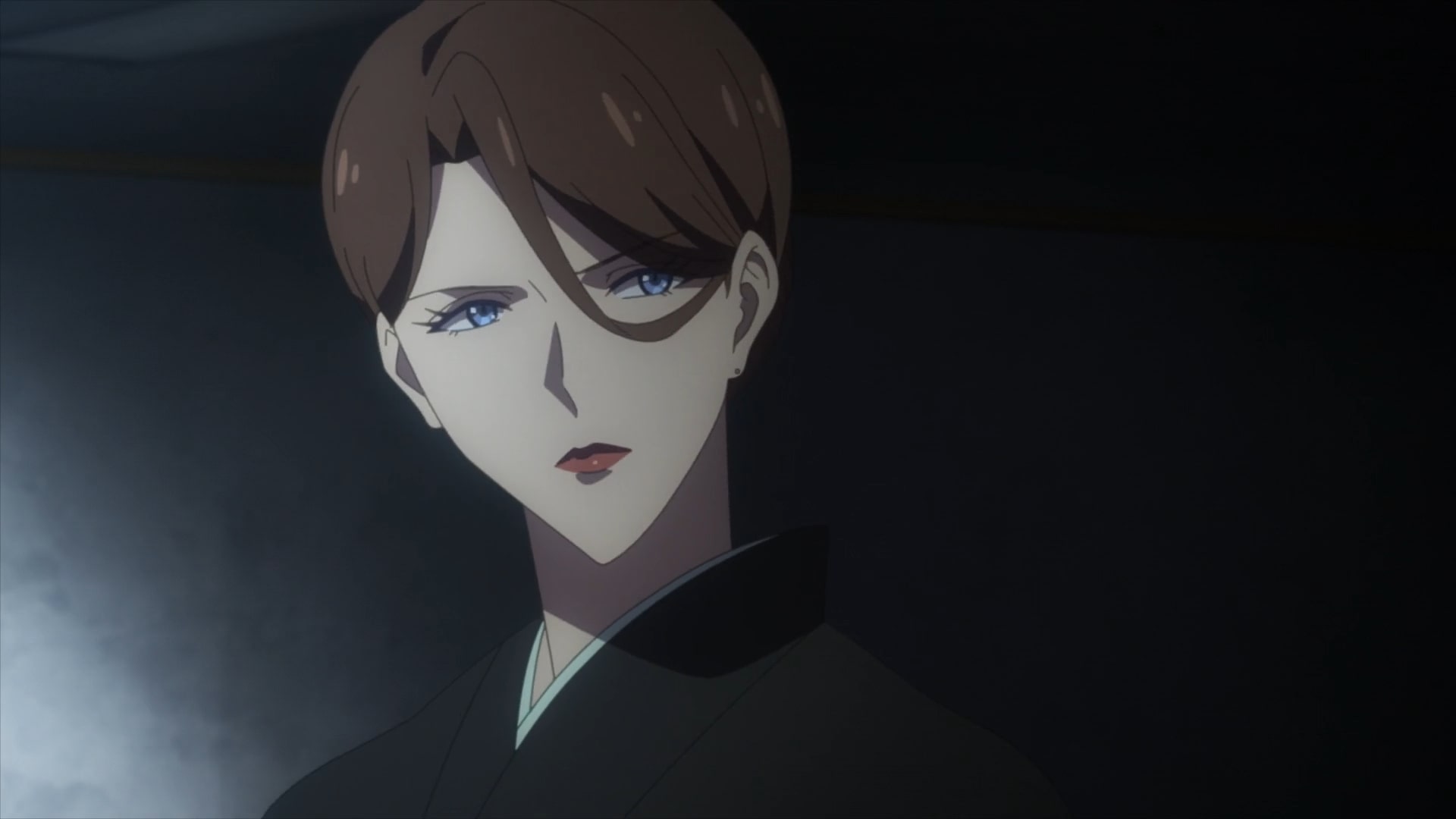 In ‘Shinobi no Ittoki’ episode 8 titled ‘Dusk Brings a Storm,’ Ittokia learns about NSC’s decision to execute his mother and decides to send Kousetsu and Tokisada to rescue her. Meanwhile, the Koga clan holds a meeting to invade the Iga village as two of their most talented ninjas are absent. When Housen along with a few other people in the meeting protest against the proposal of potential war, he is shot by the Iga village chief, Kidou Minobe. Here’s everything you need to know about the ending of ‘Shinobi no Ittoki’ episode 8. SPOILERS AHEAD!

Since Goshogawara is missing for about 72 hours now, Genji Karajishi announces to his NSC colleagues that he will be taking over all authority in his absence. To make matters worse, he then goes on to announce that Kidou Minobe will be released without indictment while Yumika on the other hand has been proven to be guilty. With the ninja ordinance in mind, she will be executed soon for her crimes. 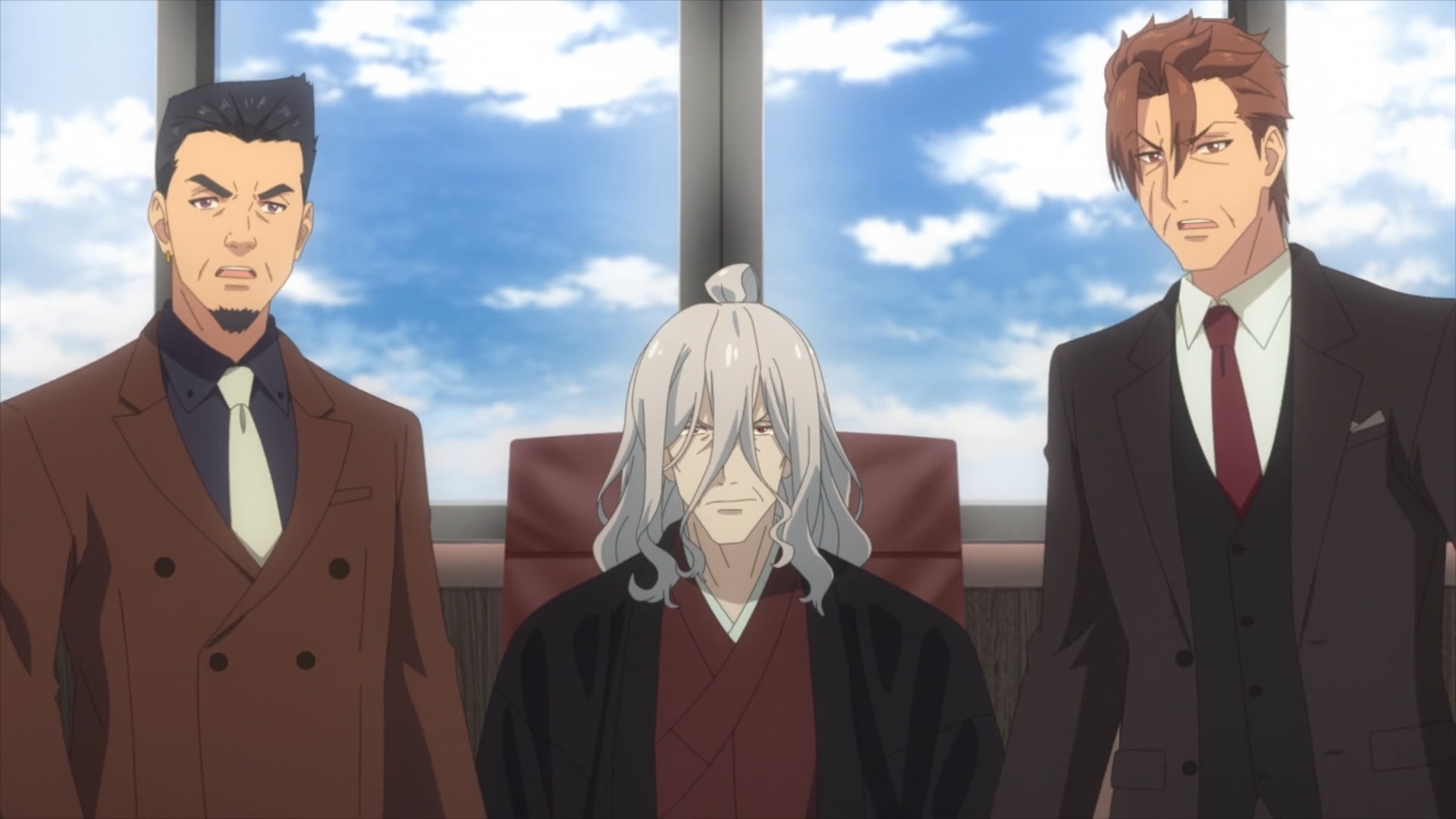 Meanwhile, the 2nd Division will continue to look for Goshogawara’s whereabouts. Shione Kouzuki is made the captain of the 1st Division. Despite being promoted, Shione is not ready to accept the new changes as she feels that the whole situation reeks of something sinister. After Minobe returns to Koga village, he meets his close aides. Thats’ when Suzaku asks for permission to have a direct word with the acting chief. He informs Minobe that Kousetsu and Tokisada have left Iga village to rescue Yumika, so it is now an appropriate time to invade them.

Suzaku requests a chance to fight on the front line despite Housen’s warnings. The Koga chief then announces an urgent meeting to discuss the Iga invasion proposal with other leaders. After Suzaku is sent by Kidou to join the units designated for battle, Housen follows him and tries to talk some sense into him. Unfortunately, he is reluctant to listen to anything and fears that backing down now will be cowardly, so he ignores everything Housen has to say.

Sometime after Suzaku has informed the Iga village chief, Kidou Minobe that Kousetsu and Tokisada are sent by Ittoki to rescue the former village chief, he decides to hold an urgent meeting. Once the deliberation begins, Housen opposes the war proposal and argues that they are not ready to invade the Iga yet. The Asura that they are dependent on are not finished, so relying on them for victory can be a horrible mistake. 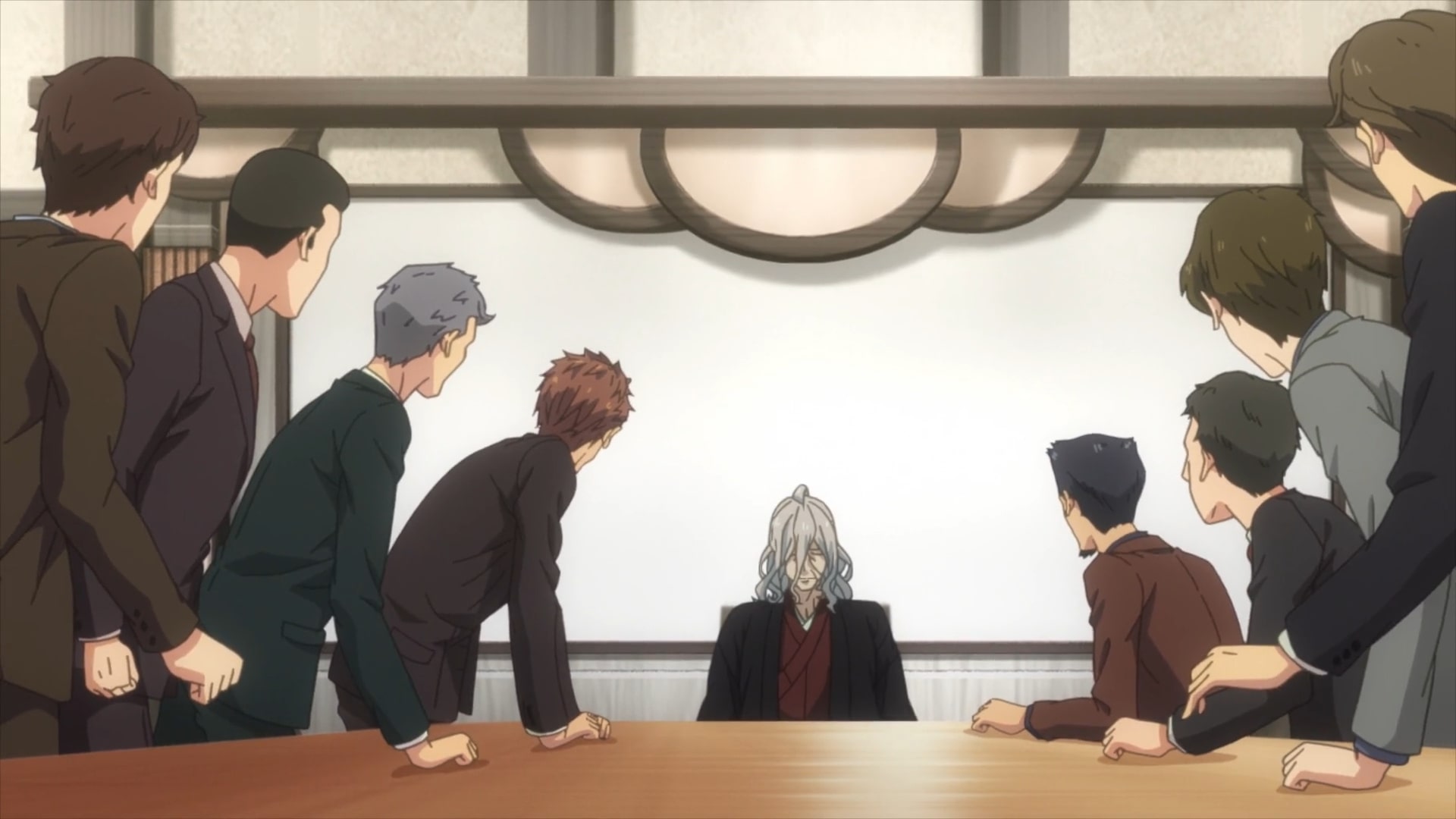 Although the Koga easily outnumber the Iga clan when it comes to military strength, Housen argues that underestimating their enemies could be a huge mistake as Koga may end up causing great damage to themselves in the process. Eventually, this invasion will close off Koga’s future in his eyes, which makes him very concerned. After listening patiently to his arguments, Minobe shoots Housen in the chest and goes on to tell him that he may be right about a few things but there is no place for cowardice in the Koga clan.

Sometime later Koga invades the Iga village. Soon Ittoki is informed about the situation and the meeting room where he recently told Kousetsu and Tokisada to rescue Yumika is turned into the command center and last line of defense. When the Koga forces try to enter the village, the toll gate is turned into a huge defensive wall. 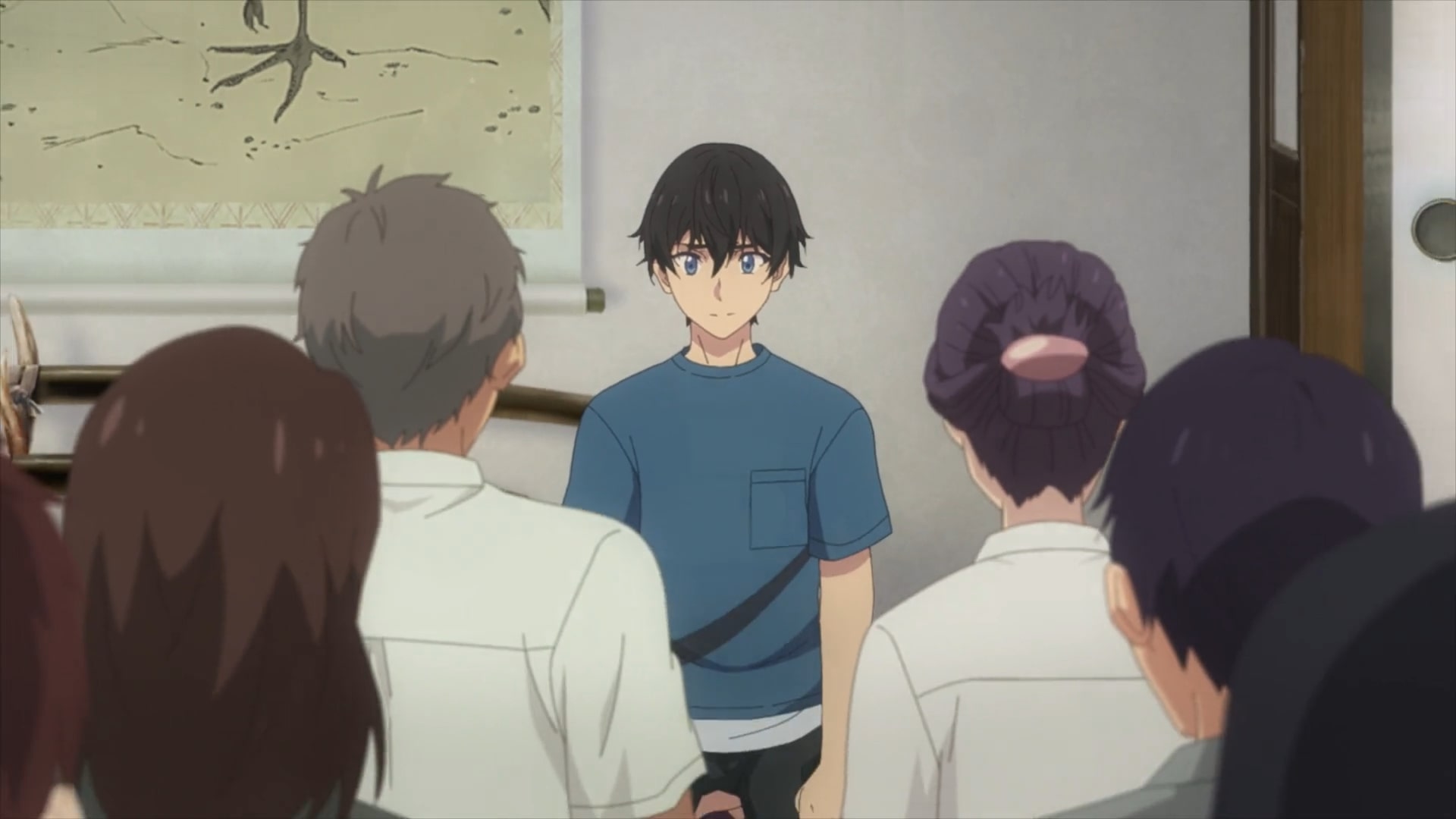 Rockets are launched in the direction of the oncoming forces which manage to strike down two buses out of which several Asura emerge without suffering any significant damage. When these Asura almost reach the toll gate, Shige decides to use bombs to sacrifice himself taking down 21 percent of Koga’s detected forces. Unfortunately, the first line of defense is breached because of the huge blast and the incoming army manages to enter the village.

Are Kousetsu And Tokisada Able to Rescue Yumika From Her Captivity?

Meanwhile, Kousetsu and Tokisada have reached the NSC headquarters. Disguising themselves as a couple, they come closer to the guard at the entrance door. As soon as they feel that he is not careful enough, Kousetsu puts him to sleep using the rear naked choke technique. Once they enter the premises, the others guards there learn about their presence and they start fighting back. But Koutsetsu and Tokisada being the best ninjas from the Iga clan easily manage to neutralize all threats. 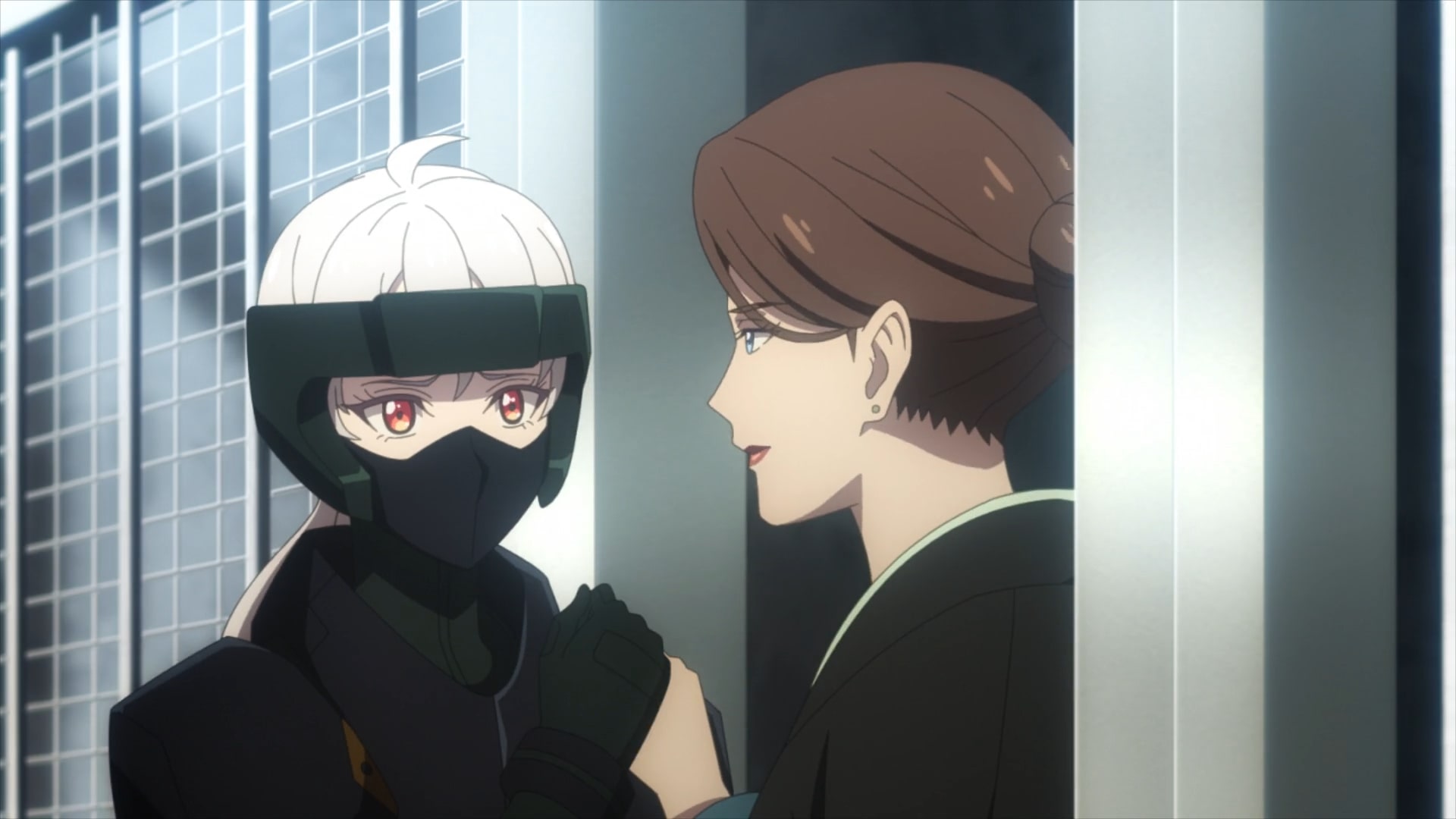 They soon manage to get to Yumika and free her, but when they are about to leave they find Genji Karajishi waiting for them at the exit with his unit of ninjas. The episode ends on a cliffhanger and fans will have to wait to find out whether the three of them manage to run away safely or not. But looking at their situation, the chances of all of them leaving the NSC headquarters safely seem very small.