In Netflix’s ‘I Am A Killer: A Father’s Shadow,’ the viewers learn about the sensational double homicide of Gelareh Bagherzadeh and Coty Beavers in 2012 in Houston, Texas. The Irsan family, ruled by a conservative Muslim patriarch, orchestrated the ‘honor killings’ after one of his daughters changed her religion and married outside Islam. So what happened to his wife, and what was her role in the entire affair? Let’s find out.

Shmou Ali Alrawabdeh was around 15 or 16 when she married 35-year-old Ali Mahmood Awad Irsan in 1994. She was a Jordanian national and wedded him in an arranged marriage ceremony when he went to his native country while allegedly being married to his first wife, Robin Dahl, an American national. Shmou arrived in the US in 1995 and became a naturalized US citizen in 2001. She and Ali lived together in rural Montgomery County, Texas, and had eight children. They all resided along with his four children from his first marriage.

Ali was a Muslim patriarch, running his household according to his conservative Islamic beliefs and faith. When his daughters, Nadia and Nesreen, convinced him to send them to college, he enrolled them in a biology program at Lone Star College-Montgomery. According to their brother, Nasim Ali Irsan, Ali allegedly forced them to wear hijabs, prohibited them from mixing with non-Muslims, and had them come home straight after classes.

However, chaos erupted when Ali discovered his daughter Nesreen’s relationship with a fellow Christian student, Coty Beavers, in May 2011. According to the show, she had a secret group of Christian friends unbeknownst to her conservative Muslim parents and had been dating Coty since 2010. Ali imprisoned Nesreen in their home against her wishes, and she fled the family home to convert to Christianity and married Coty in July 2012.

Nesreen also had a liberal Iranian woman and human rights activist, Gelareh Bagherzadeh, as one of her closest friends. The latter stood by her and supported her against her tyrannical father. When Ali found out about it, he orchestrated the 30-year-old Gelareh’s murder, allegedly manipulating his son, Nasim, to shoot her thrice in her car outside her parents’ residence on January 15, 2012. Moreover, Ali slipped into his son-in-law’s northwest Harris County apartment and fatally shot him minutes after Nesreen left for work on November 12, 2012.

Shmou, then 37, was arrested on federal charges of conspiracy to defraud the US, theft of public money, and benefits fraud on May 23, 2014, along with her husband, Ali, and stepdaughter, Nadia. The federal complaint alleged Ali and Shmou falsified documents to receive Social Security disability benefits with the assistance of Nadia, hiding assets that would render them to be ineligible to receive benefits. On May 27, 2014, Ali notified the court he was not legally married to Shmou in the US and had married her overseas. 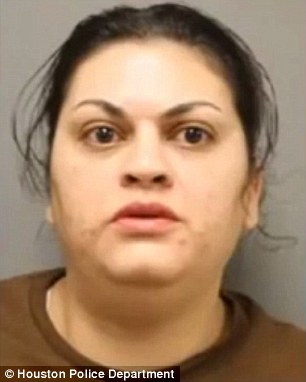 In addition, Shmou was charged with Gelareh’s murder, as she had allegedly allowed the triggerman to use her window to kill the medical student. By May 2015, she and her husband were transported to Harris County jail. In July 2015, she was convicted of providing false statements and sentenced to 24 months imprisonment for the social benefits fraud charges. Shmou testified against Ali in July 2018, accusing him of pulling the trigger on Coty as a part of a plea bargain to reduce her pending murder charge to kidnapping.

Shmou stated, “He (Ali) said he shot him (Coty). He said he wanted to. To clean his honor.” She added, “If a girl ran away from home, it would bring disgrace to the family. I’m from an Arabic country, and I’m aware of the culture. The family would kill her to clean their honor.” She testified how her husband planned to kill three more people, including his daughter Nesreen before he was arrested and condemned to death row. However, the prosecutors said her deal would only be complete if she testified against all “relevant parties.”

Shmou had refused to testify against her stepson, Nasim, in his trial. According to local news, her case is still listed in court records as “open.” A warrant had been issued against her in the fall of 2021 after she violated her bond conditions by not picking up a court-appointed GPS monitor. Court records stated she claimed she could not afford one. Shmou, in her mid-40s, awaits trial amidst complex legal challenges, and her current whereabouts are unknown. It can be likely presumed she continues to reside in Harris County.