Created by Taylor Sheridan and Hugh Dillon, ‘Mayor of Kingstown’ is a crime–thriller series that revolves around the McLusky family, which has made much of its wealth serving as the link between law enforcement and the criminal elements in the eponymous town, which has seven prison facilities in a 10-mile radius. The politics-savvy oldest brother is initially known as the Mayor of the town. It’s a title he won through influence and power rather than an election.

After Mitch is murdered, his more brutal younger brother Mike (Jeremy Renner) steps up to occupy the vacant position. If you love ‘Mayor of Kingstown’ and want to watch similar shows, we have the perfect list of recommendations for you. You can watch most of these shows similar to ‘Mayor of Kingston’ on Netflix, Hulu, or Amazon Prime.

When ‘The Wire’ was on-air, it received a lukewarm response, but since then, it has come to be viewed as one of the greatest TV shows of all time. The crime drama is set in Baltimore, Maryland, and has a wide range of characters representing various aspects of life. While the show is ultimately a crime drama, it never restricts itself to the definition of that genre and instead explores the complexity of Baltimore as a city. Like ‘Mayor of Kingstown,’ ‘The Wire’ deals with themes like systemic racism, inequality, and corruption. The two shows also offer essential commentaries on the American justice system. 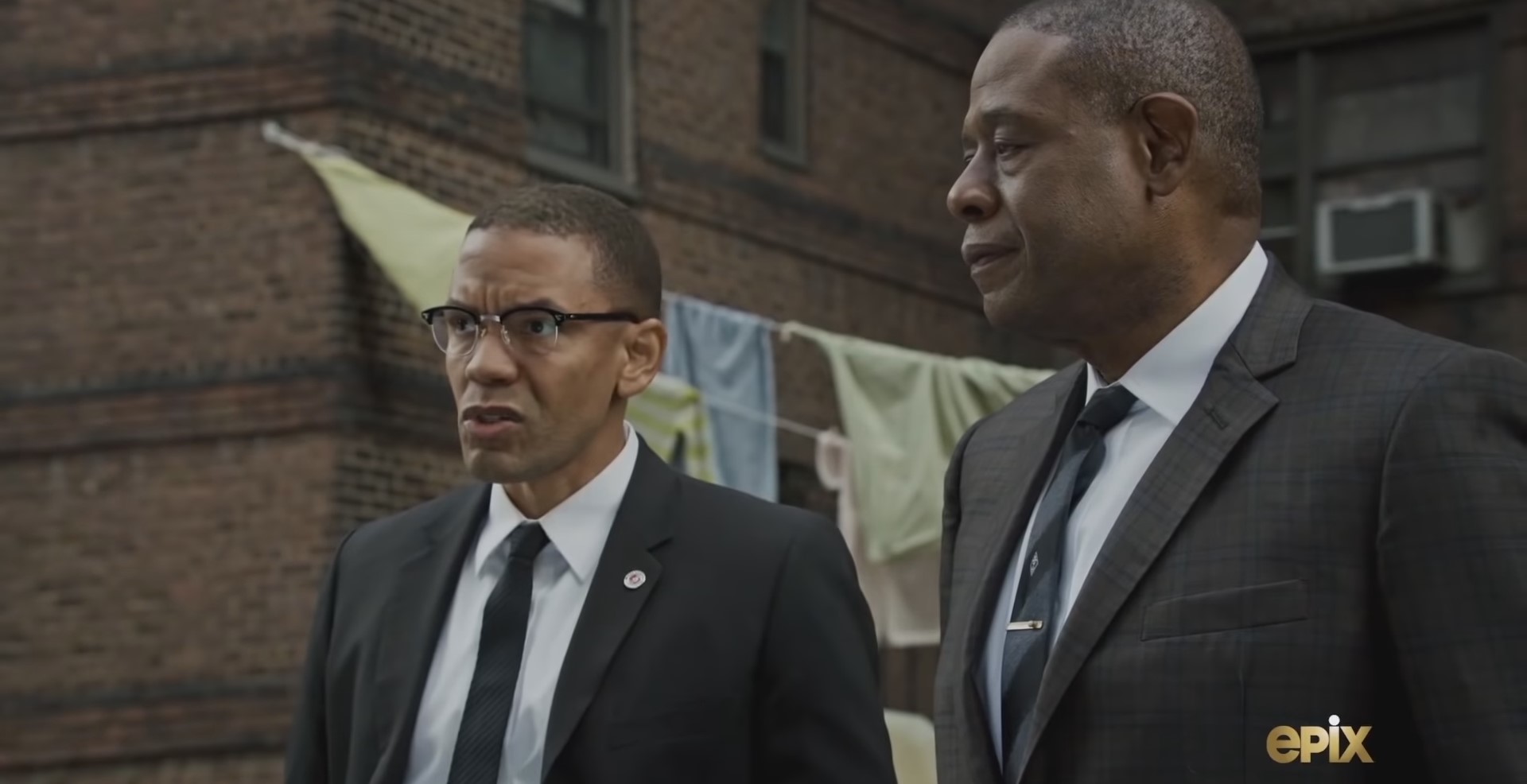 Inspired by the life of real-world crime-boss Bumpy Johnson, ‘Godfather of Harlem’ is a period crime-drama series. Bumpy returns to Harlem after spending about a decade in prison and discovers that the Italian mob has taken over the neighborhood in his absence. He subsequently teams up with the fiery Muslim minister Malcolm X to bring order where they both grew up. Like ‘Mayor of Kingstown,’ ‘Godfather of Harlem’ depicts how you can be an embodiment of societal corruption and greed and still be a force for good. Like the McLusky family, Bumpy’s primary objective is to bring a sense of order to his community.

Taylor Sheridan, the co-creator of Mayor of Kingstown, is also the co-creator of ‘Yellowstone,’ a neo-western drama series. Like in ‘Mayor of Kingstown,’ the story’s focus in ‘Yellowstone’ is a family. In this instance, the Dutton family apparently controls the largest ranch in the country. The family, led by patriarch John Dutton, seems to be in a constant struggle with different nefarious groups determined to take their land.

Created by David Chase, ‘The Sopranos’ is a crime drama black comedy series. The main protagonist is Tony Soprano, who navigates through the intricacies of being a family man and father of two, all the while being a ruthless mob boss in New Jersey. Beyond the emphasis on crime and family, the protagonists of ‘Mayor of Kingstown’ and ‘The Sopranos’ are quite similar. Both Mike and Tony can be incredibly charming, and that’s not something they are pretending to be just for public appearances. But, at the same time, they are psychopaths who destroy everything that dares come in their way.

‘Succession’ follows the members of the 0.1% Roy family, who control the media conglomerate Waystar RoyCo. As the health of the family patriarch Logan Roy has started to deteriorate in recent years, a bitter and often sinfully amusing struggle begins between his four children. While ‘Succession’ subverts the family trope and showcases how petty and destructive family members can be toward each other, it plays with similar themes as ‘Mayor of Kingstown,’ which includes the pursuit of power and greed.

The Irish-Romani Shelby family is at the center of the narrative of ‘Peaky Blinders.’ Although they are gangsters, just like the McLusky family, they have garnered respect and admiration in their community in post-World War I Birmingham. Thomas “Tommy” Shelby is a combination of Mitch and Mike. He is a cerebral leader who knows how to manipulate politicians, law enforcement, and his competitors. But at the same time, he can be as cruel as he needs to be when his family is threatened.

Read More: Where Is Mayor of Kingstown Filmed?