Silverton Siege Ending, Explained: Who Is The Informant? 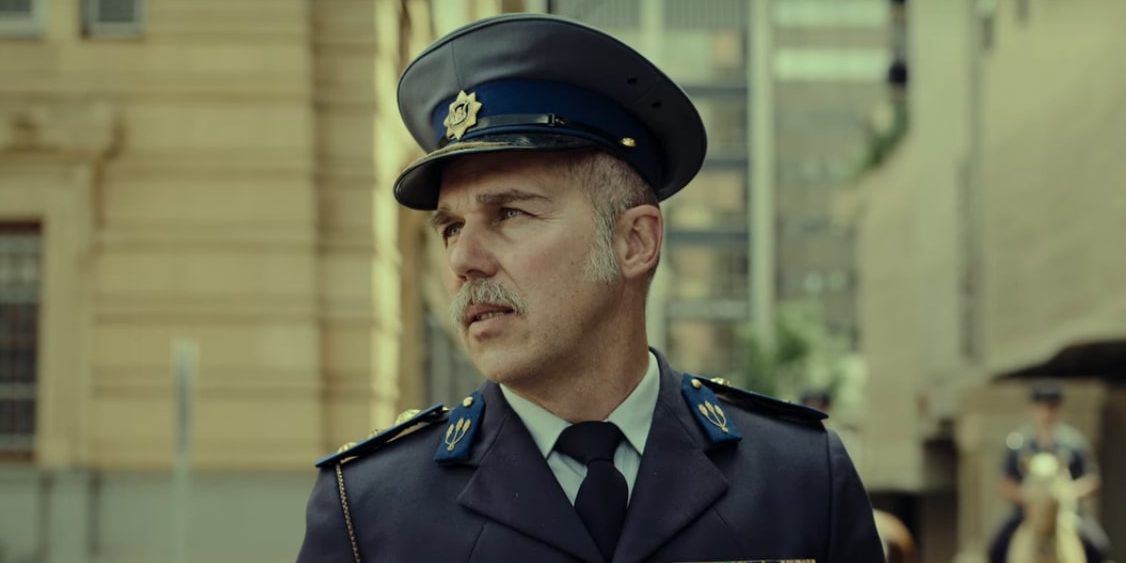 The oppressed have the language of violence. Because, as Frantz Fanon said, “For violence, like Achilles’ lance, can heal the wounds it has inflicted.” With Mandla Walter Dube at the director’s seat, ‘Silverton Siege’ is an Afrikaans-English bilingual historical thriller movie that plunges the audiences into a largely segregated South African socio-political backdrop. On January 25, 1980, separatists Khumalo, Masego, and Terra head to the Seahorse Oil Depot of Silverton.

But thanks to a snitch in the group, their mission falls into jeopardy. In turn, they take several hostages in a central bank in town. The story gradually reveals the undercurrents of racial tension that presupposes people’s lives in the country. The finale is somewhat open-ended, as it leaves several things to the imagination. Let us put the final moments under a magnifying glass if you are looking for answers. SPOILERS AHEAD.

In the early panoramic scenes, Calvin Khumalo introduces the audience to himself and his group, uMkhonto we Sizwe (or MK). Towards the end of the 1970s, the MK is not as powerful as most leaders rot in political imprisonment. Amidst growing racial tension, they target locations like the Rooiwal Power Plant, which cause infrastructural damage but don’t claim civilian lives. They gradually move inwards into the city of Pretoria, eyeing the Seahorse Oil Depot on the morning of January 25, 1980. However, as Khumalo reaches the oil depot with his associates Terra and her beau, Masego, he understands that their anonymity has been compromised. 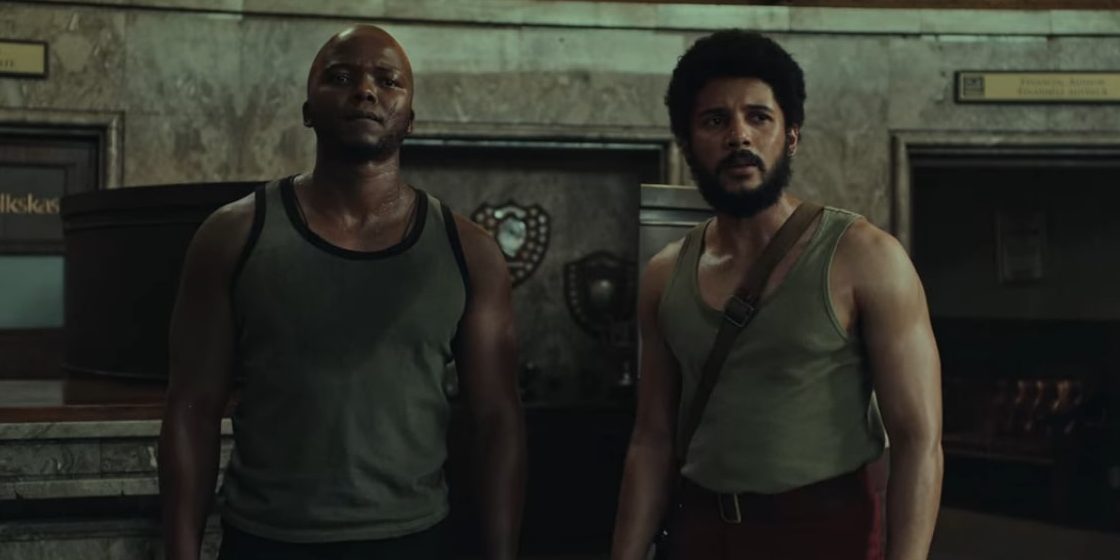 The chase leads the militants to a taxi stand while Masego dies in the police pursuit. With their backs against the wall, Khumalo and Terra team up with Aldo, breaking into a branch of Volkskas Bank in the city and taking several civilians hostage. While Captain Langerman and inspector Schoeman initiate the negotiations, the arrival of a white supremacist Brigadier sparks new issues. The police prioritize rescuing Christine, an employee of the bank whose father happens to be the Minister of Justice. On the other hand, the militants demand that a chopper take them to a safe location. However, as soon as Khumalo realizes that the helicopter is a trap, he thinks of seizing the moment to push forth the agenda of freeing Nelson Mandela.

Silverton Siege Ending: Who Is The Informant? Are Khumalo and Terra Dead or Alive?

After their initial mission goes awry, Khumalo realizes that there may be an informant in the group. Otherwise, the police couldn’t know beforehand that MK was planning an attack on the Shoehorse Oil Depot. They fail to lose the police tailing them and enter the bank, keeping the thought aside. However, Khumalo clarifies at the outset that their plan is not to steal money from the bank, as they are ideological fighters and not petty thieves. Shortly after, as Captain Langerman complies with their request, they get a helicopter (an anachronistic one). But Khumalo is fast to discover that the pilot owns a gun. Feeling betrayed, Khumalo and the party head back to the bank, taking the pilot along. 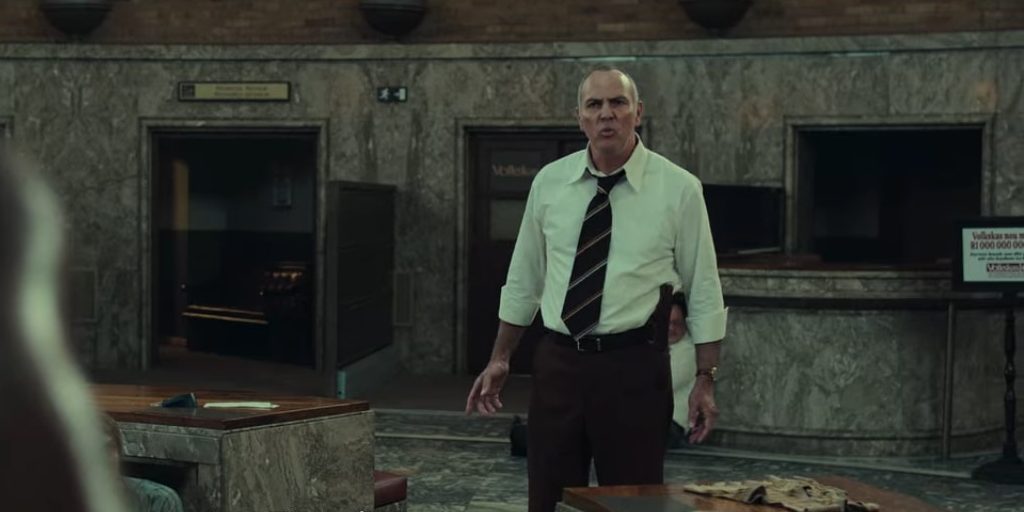 Khumalo intimidates the pilot into revealing the identity of the informant. But the pilot assures them that he does not know much and is only following orders. However, at a later encounter with Aldo in the bathroom, the pilot spills he knows that Aldo is the real informant. Aldo kills the pilot on the spot to maintain secrecy while telling Khumalo that he did it out of self-defense. Later, when Captain Langerman walks through the doors to check if everyone is okay, Terra remembers that Aldo mentioned the captain’s name even though he was not supposed to know it.

With the revelation, Terra shoots Aldo dead on the spot, while the Captain informs the Brigadier that the morals of the rebels are at rock bottom. In the end, after the death of Christine at the hands of the sniper, Khumalo and Terra let the hostages leave the bank. The SWAT team storms the place, and the crimson hue lends a sinister ambiance. Khumalo and Terra raise hell with their guns, shooting down several from the state militia. However, the movie ends as they walk out of the front door. We hear gunshots as the screen cuts to the credits. The suggestion is that both Khumalo and Terra die in the encounter, a fact attested by history.

Can They Free Nelson Mandela?

Initially, Khumalo and his team think of getting a helicopter from the negotiation and making it out of the mayhem alive. However, they soon realize that they lost their freedom as they walked through the bank’s door. As a hostage tells them, only two options remain for them – death or imprisonment. Then, Khumalo has the genius idea of turning a mundane hostage situation into a nationwide movement.

Thinking thus, he walks out to face the onlooker media people, makes a spectacle out of burning money, and shouts, “Free Nelson Mandela.” Nelson Mandela spearheaded the anti-apartheid movement (apartheid being a complex structure of social segregation), co-founding the militant group uMkhonto we Sizwe. In 1980, he was serving a sentence in the notorious Robben Island Prison.

Towards the end of the movie, Captain Langerman hands Khumalo a letter from the state president, assuring the release of Mandela. The letter is most likely a fake since Nelson Mandela did not get released in 1980. However, as the final title cards tell us, the Silverton Siege incident would spark off the nationwide Free Mandela movement, resulting in Mandela’s release on February 11, 1990. The iconic leader would serve as the first black president of the country, ushering in a new era of reconciliation.