SK Alagbada From Love is Blind: Everything We Know 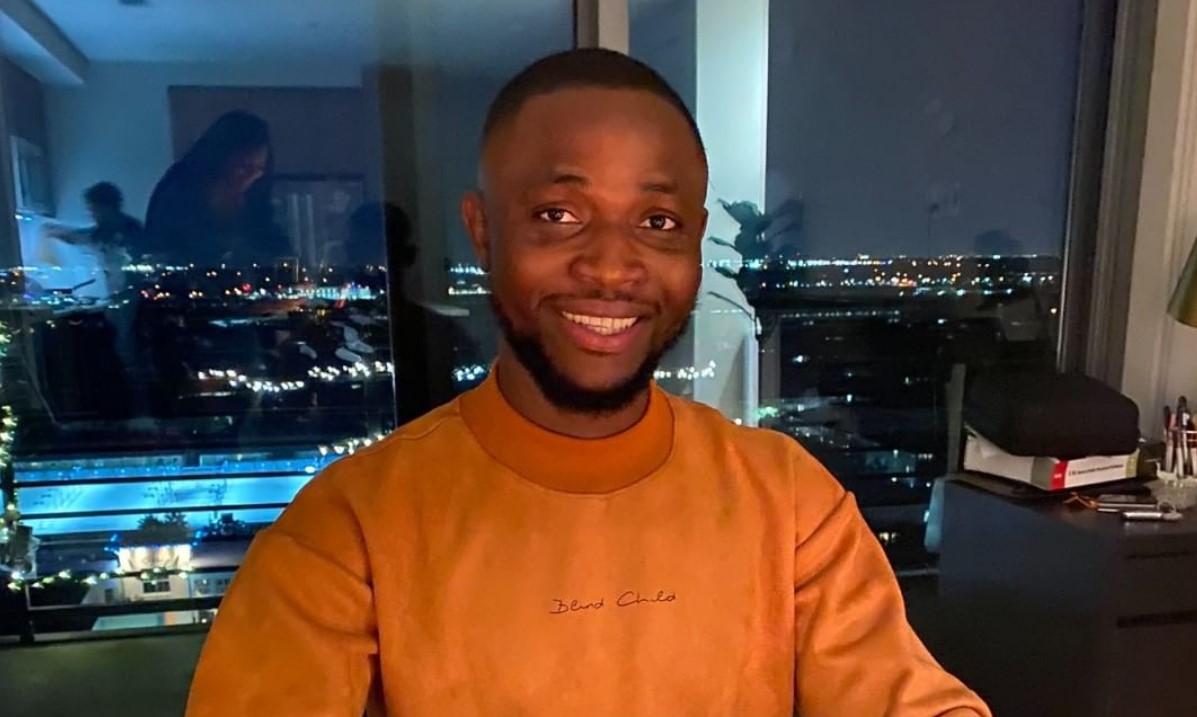 If you have wondered how blind dates help people find their perfect partners, Netflix’s ‘Love Is Blind‘ should be right up your alley. The exciting dating reality show brings together a group of singles from different backgrounds before asking them to go on blind dates. Herein lies the catch: during the dates, the contestants aren’t allowed to see each other but can only talk from separate custom-built pods. Once a pair takes the next step and gets engaged, they are allowed to meet face-to-face before being sent off to a couple’s retreat to spend a few days together.

Sikiru “SK” Alagbada did not take long to become a fan-favorite contestant after appearing in ‘Love Is Blind’ season 3. Viewers found his jovial and charming nature endearing, and his down-to-earth personality was immensely appreciated. Moreover, he seemed excited to participate in the experiment and couldn’t wait to start. If you have ever wanted to know more about Sikiru’s life, here’s everything we found out!

A native of Nigeria, Sikiru had a loving childhood in a close-knit family and seemingly grew up alongside at least one other sibling. Growing up in a place surrounded by loved ones, he realized the importance of familial bonds from a young age and still maintains a close relationship with his family. Apart from posting pictures with his parents and siblings, Sikiru credits them for making him into the man he is today and is highly grateful for their hand in his success. Although he resides in the United States, he still loves to take time out and visit his loved ones occasionally.

After graduating high school, Sikiru entered the University of Ibadan and pursued a course in Physical Sciences from 2005 to 2007. Shortly after, he moved to the United States and joined Baylor University, earning a Bachelor of Science degree in 2014. Although professional life was beckoning Sikiru at that point, he was always interested in learning more, and in 2021 he entered the University of California, Berkeley, Haas School of Business, from where he is pursuing a Master of Business Administration at present.

Sikiru started his professional life early as he began working as a Consultant at Egencia in 2012 while still studying at Baylor University. Following his graduation, he took on the IT Consultant role at CGI before leaving in January 2015 to join General Motors as a Data Engineer. Sikiru remained at General Motors from 2015 to 2020 and earned a promotion, which gave him the Senior Data Engineer role in 2017.

However, while working as a Senior Data Engineer, Sikiru aimed to expand his career and was allowed to join JPMorgan Chase & Co. in the same role in August 2019. Currently, Sikiru is based out of San Francisco, California, where he works at JPMorgan Chase & Co.; he is co-chair for LAUNCH: The University of California’s Startup Accelerator.

Is Sikiru “SK” Alagbada Dating Anyone?

Sikiru keeps his personal life under wraps, which leaves a question mark on his relationship status. On the show, he mentioned that he was interested in finding a partner who would match his vibe and accept him the way he is. Besides, he seemed ready to make every connection he formed on the show an unforgettable experience. While Sikiru seemed like a perfect romantic partner for many, only time can tell if ‘Love Is Blind’ managed to find him a partner in the end. However, the reality star’s recent social media posts make the absence of a special someone quite clear, and that, coupled with no reports about his dating life, makes us assume that he is currently single.

Read More: Brennon Lemieux From Love is Blind: Everything We Know