sMothered’s Francia and Paula: Everything We Know

While a mother-daughter bond is considered one of the strongest, TLC’s ‘sMothered‘ takes it to a whole new level and gives us a sneak peek into the lives of several mothers and daughters who give a new meaning to the phrase, obsessive love. While a mother can be loving, caring, and protective, the people featured on the show cross all boundaries of affection, making viewers question its viability. Besides, the over-intimacy and, more often than not, uncomfortable closeness shared by the pairs make for some interesting television.

Francia Peña and her daughter Paula Contento immediately caught the fans’ attention upon their introduction in ‘sMothered’ season 4. The Pasadena residents are the first Latinx pair to join the show and are extremely close-knit, going so far as to lie naked in bed together. Such an out-of-the-box relationship naturally makes fans curious to know more, and here is everything we can tell you about Francina and Paula.

Everything We Know About Francia Peña

Originally from Colombia, Paula Contento’s mother, Francia Peña, moved to the United States in 2004. Incidentally, the former was just nine years old then, but the mother-daughter duo soon settled in the US and built a comfortable life. Fans would be surprised to know that Francia did not know much English when she initially landed on American soil, yet the language fascinated her, and she was pretty enthusiastic about becoming fluent in it. 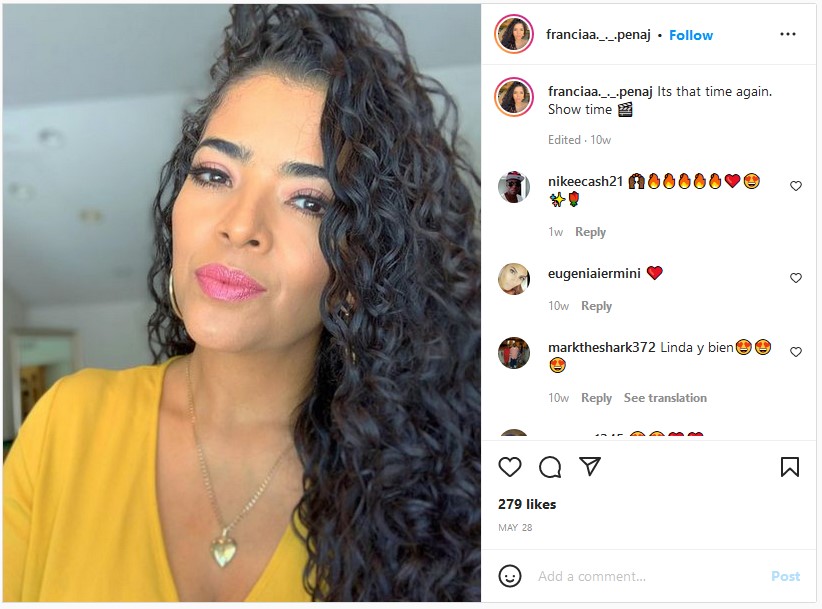 Although Francia mastered English when she was in her 30s, she states that she began adoring the country’s education system and completed a course on Nursing at Pasadena City College in 2008. Subsequently, she pursued a Bachelor’s Degree in Global Business from the University of Phoenix and earned a leadership certificate from the Southern California Leadership Network in 2022. Interestingly, ‘sMothered’ wasn’t Francia’s first foray into the entertainment industry as she was a contestant on ‘Minute To Win It’ in 2012.

Since then, Francia embarked upon an illustrious professional life and has held several prestigious positions like an Education Specialist Trainer at Bokwa Fitness, a Project Coordinator at Colombo American Information Office, and an Adjunct Faculty/Career Coach at Los Angeles Southwest College. Currently, she works as a Community Liaison for the Inglewood, California-based Learn4Life Network.

Francia’s relationship with her daughter, Paula, might appear unorthodox and uncomfortable to many, but the Colombian native revealed that everything she did in life aimed to provide Paula with a content life. She even claimed to have the most fun with her daughter and mentioned that whatever they do, including spending days naked in bed and participating in tickle fights, contributes to making their bond even stronger.

Everything We Know About Paula Contento

Paula Contento moved to the United States from Colombia with her mother, Francia Peña, in 2004. As she was just nine at that time, she completed most of her schooling in the US, and graduated from the California State University, Northridge, in 2016. Surprisingly, Paula has remained relatively secretive about her profession, though sources claim she currently works as a Pasadena, California-based Public Health Specialist.

On the other hand, when talking about her daughter, Francia mentioned that she was a social media influencer with over 400 thousand followers on Instagram. Besides, Paula often undertakes social media-based brand deals and even does a bit of amateur modeling for a living. While on the show, it becomes clear that she is responsible for caring for Francia, as she looks after her mother, feeds her, and even packs her lunch boxes. However, as their bond grew stronger, Paula became quite possessive of Francia, and the show even documents how she tried her best to stop her Colombia-based niece from being adopted by the latter.

Nevertheless, the mother-daughter duo does share a deeply intimate relationship, and Francia seems to have a lot of love for her daughter, as she described Paula as someone who is empathetic and loves to extend a helping hand to the people around her. Although the intimacy Paula and Francia share can get unsettling for a few, we want to wish them the very best for the years to come.