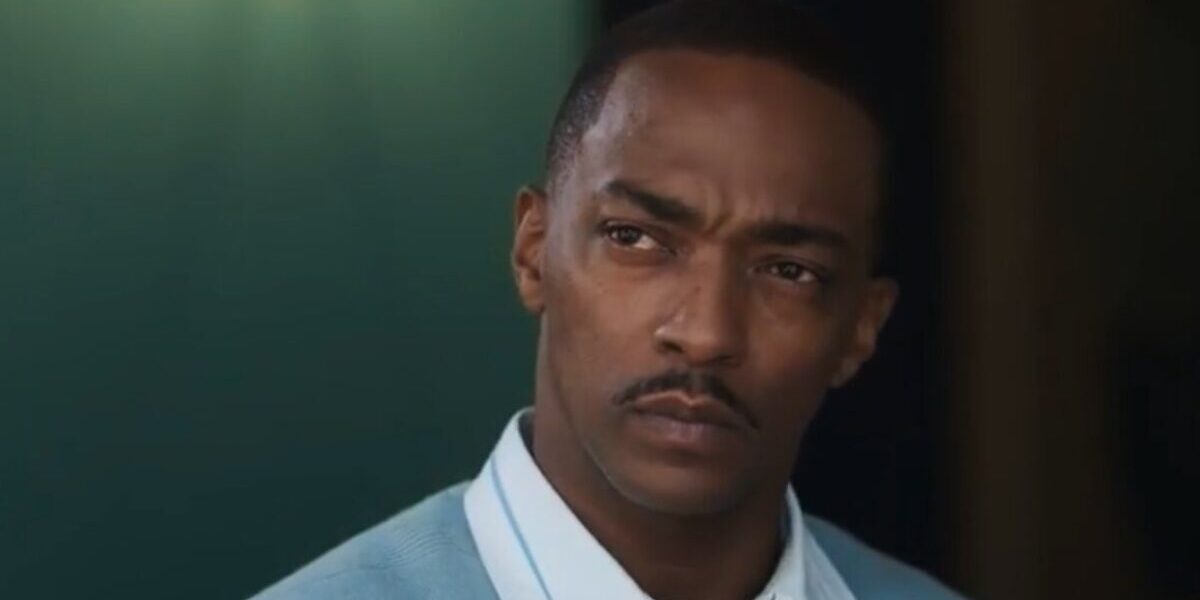 Imagine meeting yourself, not in the mirror but in person. Do you hope the version to be just like you, or do you want to change a few things? Based on this compelling premise, the second episode of David Weil’s science fiction anthology series, ‘Solos,’ unearths a lingering tale about what it means to be human. The show is decidedly a product of our time, as it zooms into the lives of characters confined in an enclosed space. All of the characters long for an exit, an escapade, which ultimately comes at the cost of letting go of the past.

The minimalist second episode, titled ‘Tom,’ fits well into the series in its exploration of a futuristic reality as seen through the eyes of a single protagonist. The story is told through a cryptic conversation, and devoid of the basis of a context, the episode urges the audience to come halfway to comprehend the underlying narrative. If you have had a hard time grasping the narrative of the episode, let us dilute the ending for you. SPOILERS AHEAD.

The second episode focuses on a few minutes in the life of established businessman Tom Wykgowski (Anthony Mackie of ‘Altered Carbon‘ fame). Tom speaks to another person that looks exactly like him, in what is said to be a “reunion.” Tom complains that the other person looks nothing like him and opines that his neck is “too neck-y.” The other Tom seems to have come from an agency, and we’ll call him artificial Tom for better understanding. So, the real Tom (who has been referred to as Tom henceforth) has paid the agency 30 grand for the artificial Tom, but he is not exactly satisfied with this rendition of him.

By Tom’s own accounts, he came to know about the agency from a YouTube video of a person named Hoda Kotb, whose success story has been circulated in the media. But unhappy with the artificial Tom, who is more sarcastic and composed compared to his own self, Tom decides to call the agency and ask for a refund. Tom suggests that he is going to leave the artificial Tom in the nearest packaging center. Bennett, the person on the other side of the phone, does not pay heed to Tom’s complaint since Tom is apparently a 7 in the asshole quotient.

Tom’s mother is also angry at Tom because he has not called her in five months. We get to know that Tom’s time on Earth is limited, and he has to leave in four to five months. The meeting is also constrained by time, and Tom has to tell the artificial Tom everything about his family within a span of fifteen minutes. As he talks about his family, comprising his wife Kelly and his children Wilder and Peg, another side of Tom makes itself gradually visible.

Tom admits that he has failed to be the best father and husband and fears that his family will not remember him. The artificial Tom is also afraid that he will not be quite like the original — that he will be imperfect and end up doing something wrong — but Tom reassures him by saying that if he is imperfect, he will be the same as the original. In the end, Tom realizes that he is the luckiest man in the world to have his family, and both of them share a heartfelt moment.

The real and the artificial versions of Tom have a meeting, which is referred to as a “reunion” by the artificial Tom. We believe that “reunion” is a standard term used by the agency, while Tom looks at it as a business meeting. From their conversation, it becomes apparent that Tom is “going” somewhere, and he has ordered for the artificial Tom, who has to take his place. As the story progresses, some aspects become more prominent.

Tom has a time window of four to five months as declared by professionals. Also, the departure is not a conscious choice that Tom is making – it is rather a fatality that Tom has to accept. It can be that Tom suffers from a fatal disease, and while there is not much to substantiate this theory, a moment when Tom coughs under his breath gives away to his underlying ailment. Therefore, he has ordered a clone for 30 thousand dollars to take his place.

Why is Tom Nervous?

Tom thinks that he has not been the best father for his children. He has to stay a lot on the phone for his work and cannot give time to the children. As the artificial Tom takes over, Tom is nervous that the clone will end up being the same as the original. He also fears that his family is going to forget him. Moreover, while the clone talks, thinks, and feels like Tom, he is devoid of a life’s worth of memories. Tom has to leave against his wish, and while he has briefed most of the points about his family members to the clone, he cannot possibly divulge everything in a 15-minute conversation.

Also, Tom thinks about the future – what if the clone needs to be replaced due to technical problems? Will he be able to brief another clone of Tom about the family? Will the clone not be twice removed from reality? All of these uncertainties seem to perplex Tom, but in the nick of time, as the artificial Tom assures him that he will be a little different from Tom, the doubts give way to a poignantly drawn resolution.