8 Unsolved Mysteries That Have Actually Been Solved 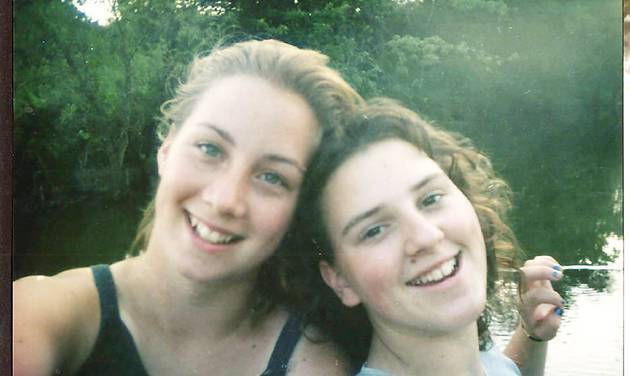 Netflix rebooted the original ‘Unsolved Mysteries‘ for a total of 12 episodes and divided it into two volumes, one of which we have already had the pleasure of seeing. But, after watching these enigmatic and sometimes creepy episodes, the very first thing that we wondered was: have any unsolved mysteries been solved. Now, while none of the cases from the rebooted 2020 series have been happily closed, the FBI did reopen the case of Alonzo Brooks, who was killed in April 2004 from a suspected hate crime. And expectedly, there have been also been several theories floating around on Rey Rivera’s case.

However, since its start in 1987 and eventual end in 2010, the original series has helped a lot of people get justice. According to their website, out of the 1,300 mysteries across the 230 episodes, half of the cases involving wanted fugitives have been solved. Additionally, more than 100 families have reunited with their previously missing loved ones, and seven individuals who were wrongfully convicted of crimes have been exonerated. Therefore, we have compiled a list of some of the most intriguing cases, which have since been solved, thanks to the tips that came in after the airing of the episodes.

8. The Mysterious Murder of Alie Berrelez 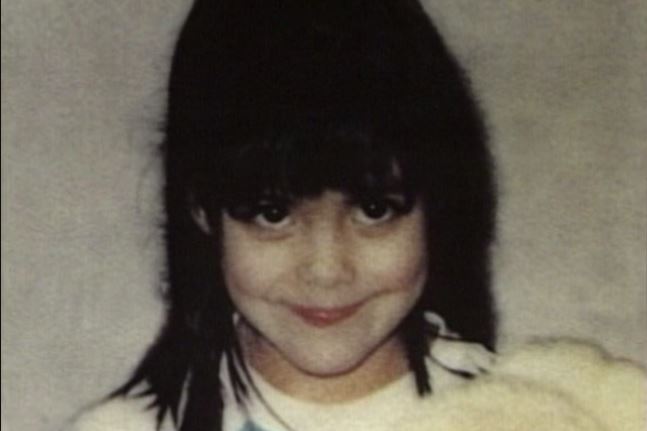 The worst cases are somehow always the ones that revolve around kids, and unfortunately, that’s exactly what happened in the disappearance and murder of the 5-year-old Alie Berrelez in 1993. Alie and her babysitter were outside, playing, and everything was normal. But, when the babysitter returned after having have gone inside for just a moment, the girl had vanished. For days the police searched for her and even brought in bloodhounds for help, but there was nothing in their area.

Fortunately, following Alie’s scent, one dog found a trail that ended up near a highway. A team of volunteers then set out to find her, only to discover her body in the wooded area. Investigators had suspected that someone living in her apartment complex was responsible, but they didn’t find any evidence for 18 years. Around 2011, DNA evidence proved that Alie was killed by Nick Stofer, the family’s neighbor. But, he had passed away in 2001.

7. The Mysterious Murder of Joyce McLain 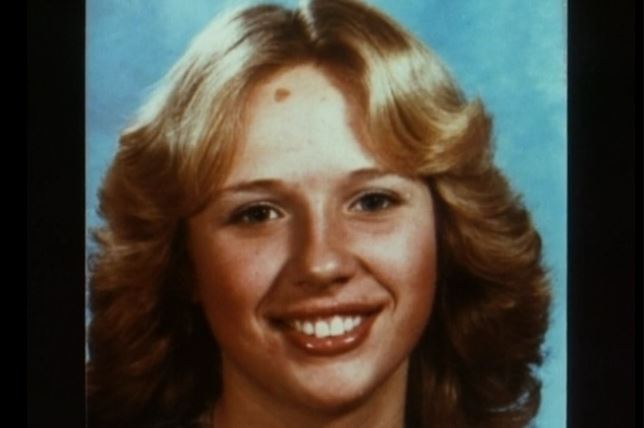 The case of Joyce McLain, a 16-year-old in Maine, who went for a jog on an early August evening in 1980 and never returned was featured in the very first season of the series. Her body was found 2 days after she had disappeared, in the woods behind the local high school, but while witnessed did say that they saw her jogging towards that area, they didn’t know how she had died or even who could have possibly been responsible. After all, she was well-liked by everyone and was a skilled musician.

The only suspects at that point were local teenagers who could have assaulted her in the wooded area, but there was no concrete evidence that tied anybody to her death. In 2008, after a second autopsy was done on her and new evidence was found, her case was reopened. And, in 2016, Philip Scott Fournier was arrested for her murder. Two years later, he was convicted of killing the local teen, and a year after that, it was unanimously upheld. Philip had been 19 when he had killed Joyce. 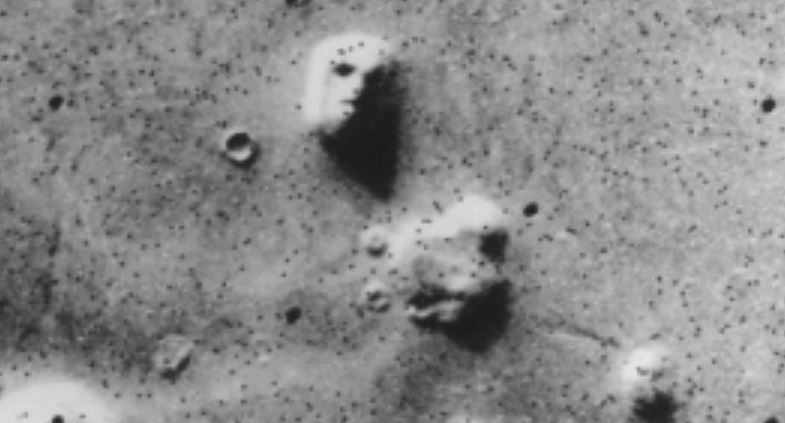 With how vast and seemingly empty space is, it somehow now seems normal that every now and again, scientists would discover something strange that they can not explain for years to come. Like in the reboot we have ‘Berkshires UFO,‘ in the original, we had ‘The Face on Mars.’ In 1975, NASA had launched the Viking 1 spacecraft to find out if there was any life on Mars. Although there was no proof of life to be found, some images taken by the craft did show depleted rivers, old volcanoes, ice caps, along with a formation that resembled a face.

While some scientists believed that it was just a coincidence, an accident of sorts by the nature, others believed that it was an out worldly phenomenon, done on purpose by someone or something else. But, when a new spacecraft visited the planet again in the 90s, it turned out that the face was just a combination of hills that looked like a face from certain angles. Therefore, the case was closed in 1996.

5. The Mysterious Death of Ryan Stallings 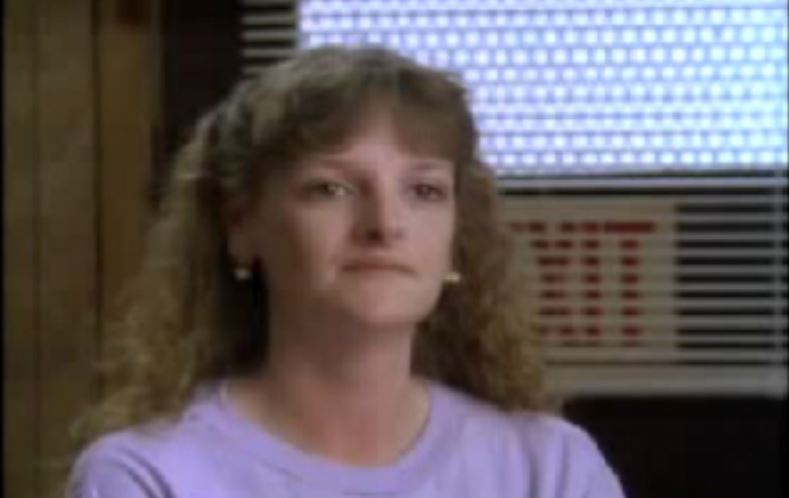 So, this case is a little different, unlike others, this one looked like murder, but wasn’t. On July 9, 1989, the three-month-old Ryan Stallings was taken by his mother, Patricia, to Cardinal Glennon Hospital in St. Louis, Missouri, after he became extremely ill. He had been suffering from chronic gastric distress since birth, but that day he was having trouble breathing. And, unfortunately, he passed away. Lab results showed that Ryan had a lethal level of ethylene glycol in his blood, antifreeze poison, and so Patricia was accused and convicted of murdering her son.

While she was in prison, she gave birth to another boy, David, who was then put in foster care and subsequently diagnosed with Methylmalonic Acidemia (MMA), a rare genetic disorder that can mimic antifreeze poisoning. Patricia’s lawyer believed that Ryan could have had the same condition, but it didn’t help. It was only when the episode was aired and Dr. Piero Rinaldo, a geneticist from Yale University, decided to do additional tests on Ryan’s blood that the truth came out. Ryan had, in fact, died from MMA, and so, Patricia was then exonerated.

4. The Mysterious Murder of Daphne Boyden and Missing Child 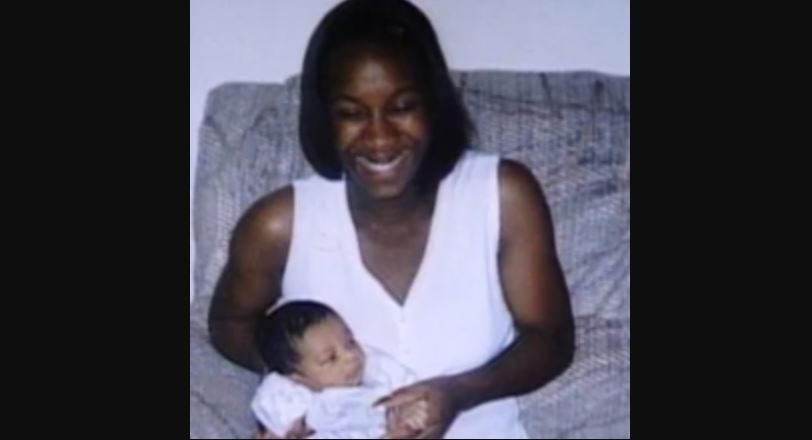 Daphne Boyden was just 17 when she gave birth to her son, Le-Zhan. And then, out of nowhere, six weeks later, she was brutally murdered and her house was set on fire. Her remains were in there, but there was no trace of Le-Zhan. Fortunately, some neighbors reported that they had seen two girls leaving the scene of the crime with a small bundle. But, the case remained unsolved for six years.

In December 2002, after a possible rebroadcast of this episode, the police in Vallejo, California, received an anonymous tip which led them to investigate the then 22-year-old Latasha Brown, who had been raising a 6-year-old boy on her own. It turned out that she had received the help of a friend to shoot Daphne and obtain a fake birth certificate for Le-Zhan.

3. The Mysterious Disappearance of Ashley Freeman and Lauria Bible

In 1999, the Freemans household in Oklahoma went up in flames. But, after the fire was put out, the only body that was discovered inside was that of Kathy Freeman’s – her husband, Danny, daughter Ashley, and her daughter’s friend, Lauria, were all missing. Kathy had been burned, yes, but she had died before that, by being shot. The very next day, in all the rubble, Danny was found as well. He, too, was shot at close range.

At that point, a death row inmate, Jeremy Jones, had claimed responsibility for their deaths and the disappearance of the girls, but he later recanted. In 2018, an arrest was made and Ronnie Dean Busick was charged with four counts of first-degree murder, two counts of kidnapping, and one count of arson. Unfortunately, Ashley and Lauria’s bodies have still not been found. 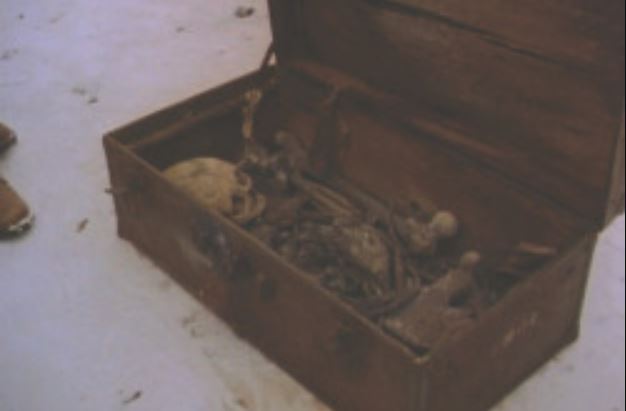 In 1986, when a man nicknamed Gabby was moving away, he gave his friend Newell Sessions some of his possessions, including a trunk with a lock. Six years later, Newell finally opened the trunk and found a skeleton inside. As if that wasn’t disturbing enough, there was a bullet lodged in its skull. Gabby told authorities that he had bought the truck from a garage sale without even opening it and as the investigation proceeded, he committed suicide.

It was only in 2017 that this case was solved. The skeleton was identified as the remains of Joseph Mulvaney by his granddaughter, who told the investigators that Gabby was his grandfather’s brother in law, John David Morris. She claimed that Gabby had murdered Joseph and then buried him in the footlocker so that no evidence would ever be found. It is also believed that Gabby’s wife, Joseph’s sister, was involved in this.

1. The Mysterious Death of Jane Doe 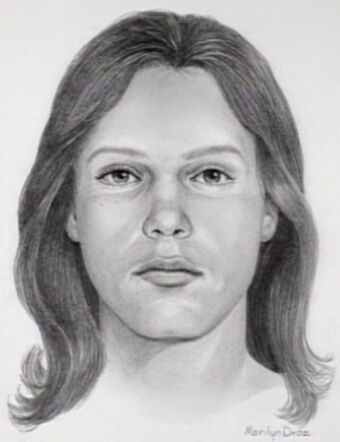 Back in 1987, coroner Cullen Ellingburgh, who had worked thousands of cases, was called in to help solve the case of a woman who was found at the bottom of a cliff in California. At 5’8″, she appeared to be in her mid-20s. She had fallen from the cliff, right to her death in the middle of the night. A cab driver was the last person to have seen her alive, and she had asked him to take her as far as her money would go.

The reason why this case was mysterious was because there was no identity on the woman and she was wearing what appeared to be second-hand clothing, including a pair of men’s underwear. It was as if she never existed before that night. The case had haunted everyone involved, especially the coroner, for 26 years, that is until she was positively identified as 21-year-old Holly Jo Glynn, who died of suicide.