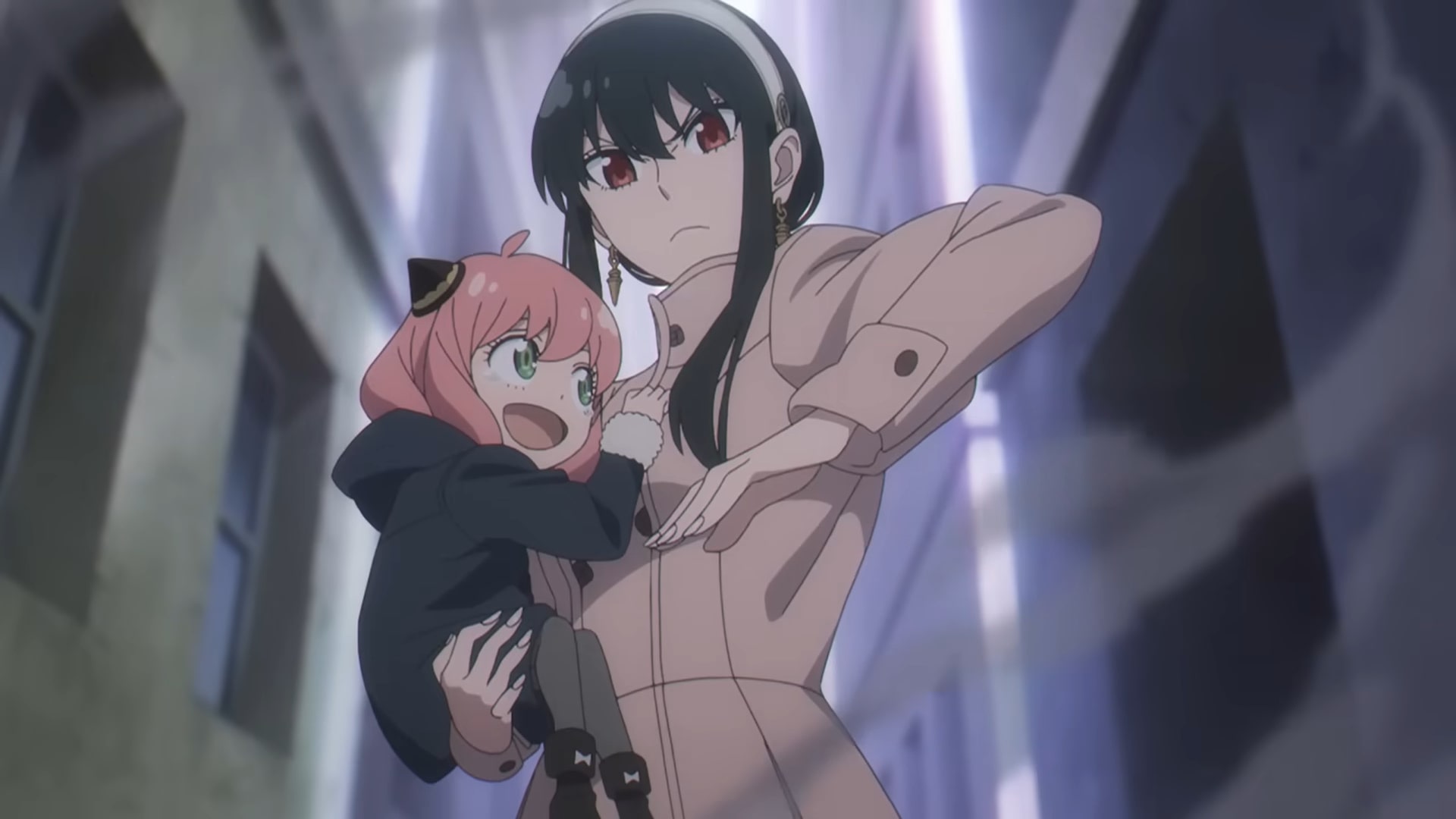 In the thirteenth episode of ‘Spy x Family‘ titled ‘Project Apple,’ the show follows the Forgers as they go to the pet shop to finally buy a dog. Loid later learns about a group of terrorists who plan to kill the Westalis Foreign Minister. Anya meets a mysterious dog who appears to have strange powers. Here’s everything you need to know about the ending of ‘Spy x Family’ episode 13. SPOILERS AHEAD!!!

A summit for improving relationships and establishing peace between Ostania and Westalis is organized with hopes of improving ties. Therefore, the Westalis Foreign Minister Brantz arrives in the neighboring nation. Meanwhile, the Forgers finally visit a pet shop to get Anya a dog for winning the Stella. Unfortunately, she seems very dissatisfied with the pets that she meets there. Meanwhile, Loid is surreptitiously taken for an important meeting after he makes an excuse that he has stomach problems. 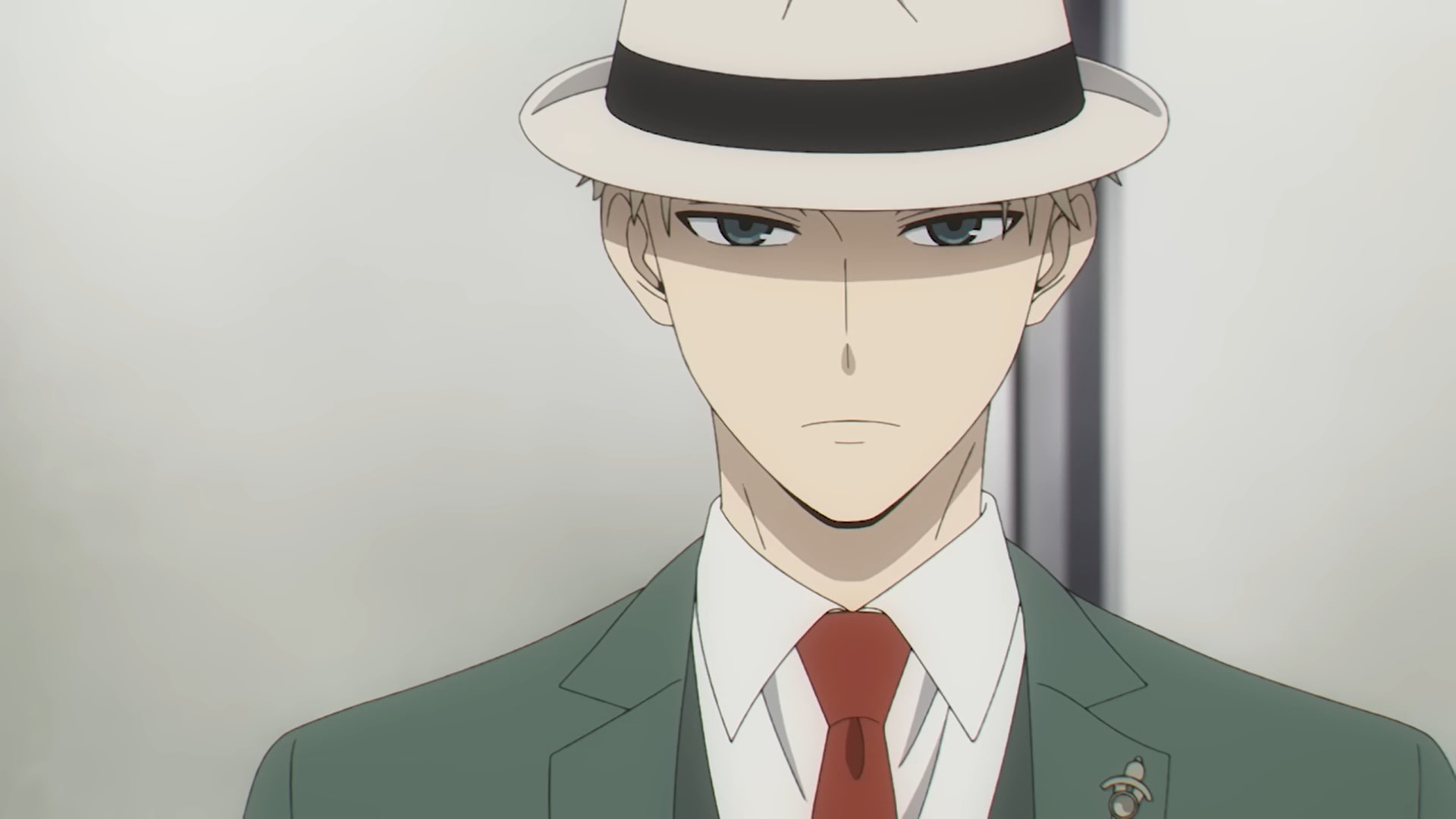 The Westalis spy later learns that a group of terrorists is planning to kill the Foreign Minister to create conflict between the two neighboring countries. Some of the people involved in the mission include children from college. After disguising himself as the mastermind, Loid helps his team get a confession out of one of the students involved in the whole plan. The secret agents are shocked to learn that the terrorists are going to use well-trained dogs with bombs attached to them to kill the Foreign Minister.

Meanwhile, Anya and Yor continue to look for the ideal dog. When the latter is talking to an expert, Anya sees a dog outside who strikes her as remarkable. Therefore, she follows him and ends up at an empty house. Although she finds the white dog she came after, Anya overhears people talking about killing the Foreign Minster in the adjacent room. When she realizes the danger, she plans to flee but is caught immediately by a terrorist.

Spy x Family Episode 13 Ending: What is the Project Apple? How is it Linked to Foreign Minister Berlinz’s Assassination Plan?

Project Apple was a secret operation planned under the former Ostanian regime that was focused on creating extremely high IQ animals primarily for military purposes. The research was repeated quite frequently in multiple instances. However, the entire project was abandoned after the regime change. 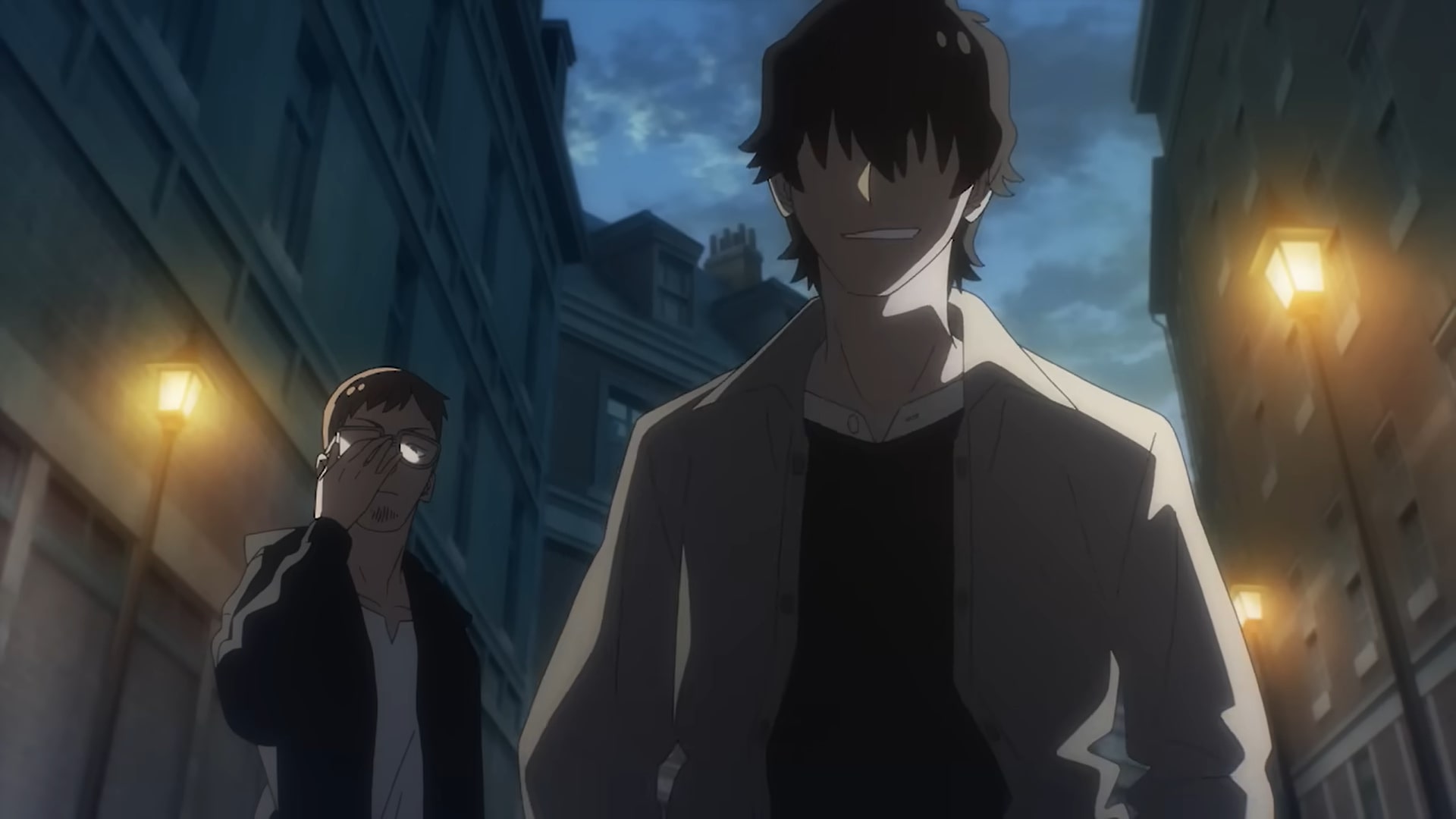 The animals were already trained to some degree halfway through Project Apple, and the research reported surprising results. Unfortunately, after it was abandoned, the animals trained under Project Apple were left unattended. According to rumors these animals eventually ended up in the Black market where they were passed around.

Since they were never really disposed of, they ultimately ended up in the hands of the terrorists who plan to use them to kill the Foreign Minister. The well-trained and highly intelligent animals will possibly give Loid and his comrades a lot of headaches due to their military training. It remains to be seen how the master spy will outmaneuver such a chaotic yet extremely efficient plan that threatens the peace of two neighboring countries.

Does Yor Finds Anya? How Does the Latter Run Away From the Terrorists Hideout?

When Yor finally realizes that Anya is missing, she starts calling out for her. However, it slowly dawns on her that she is not around, so Yor climbs to the top of a nearby pillar to have a birdseye view just to make sure. Her observations concur with the previous assessment and she begins to panic. Meanwhile, the terrorists who have caught Anya take her to the mastermind, Keith. 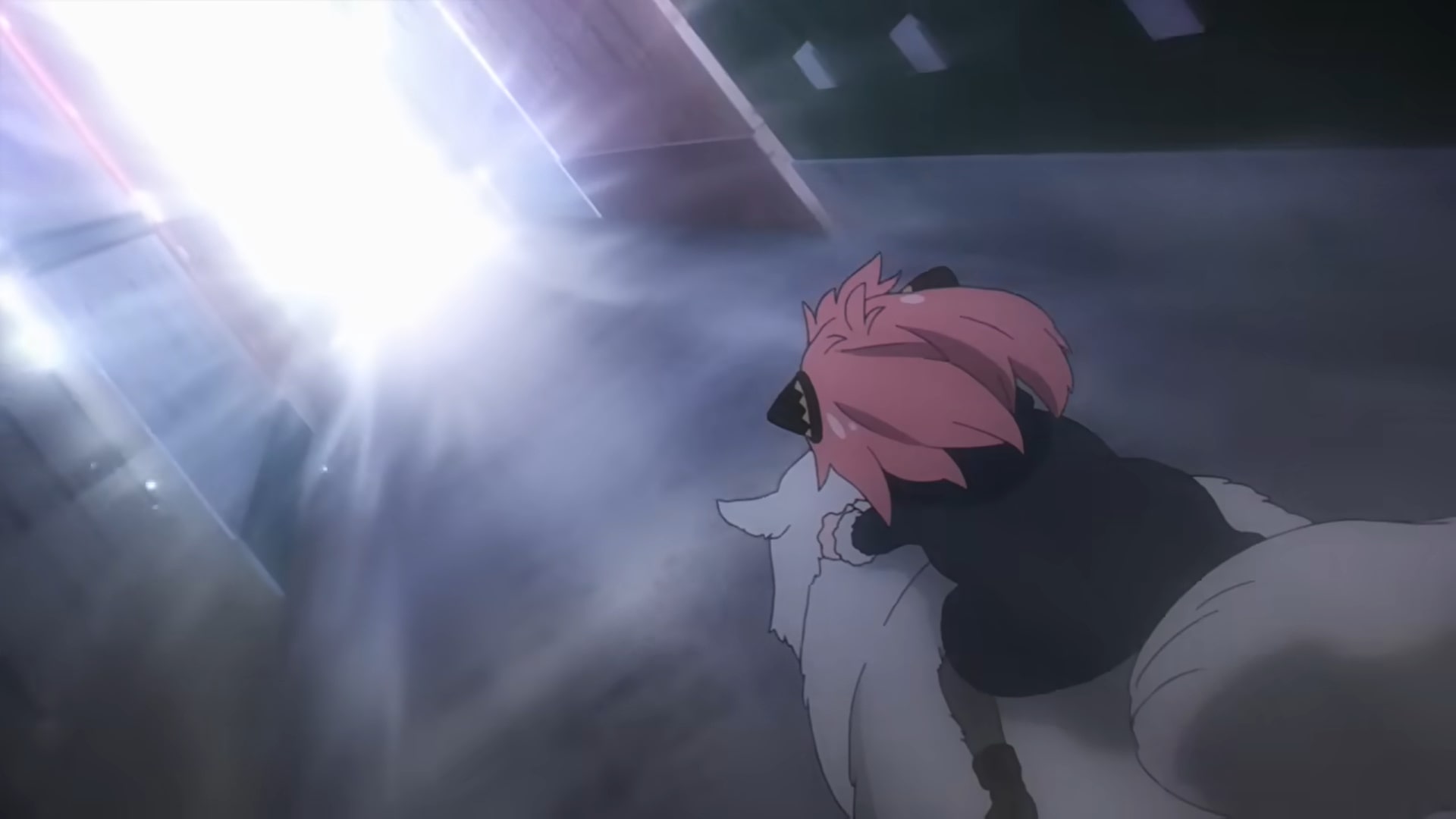 In order to not endanger the plan, he immediately suggests killing Anya without any remorse. Meanwhile, the white dog there manages to free himself and comes to Anya’s side to protect her. However, the terrorists easily manage to scare him and he hides behind Anya himself. Interestingly, Anya reads his mind and realizes that he is pointing toward the phone for some reason. Just moments later the phone rings and the terrorists learn the surprising news that their two roosters have been raided by mysterious people.

Keith also realizes that Chris hasn’t returned since morning, which seems very odd. He tells his men to switch to Plan B but suddenly notices that Anya and the dog are missing. Using the distraction, the duo bolted immediately. As they run away Anya realizes that the white dog was able to foresee the future and recognizes him to be an asper like herself. Although they try to run far away, the two of them eventually return to the same block. 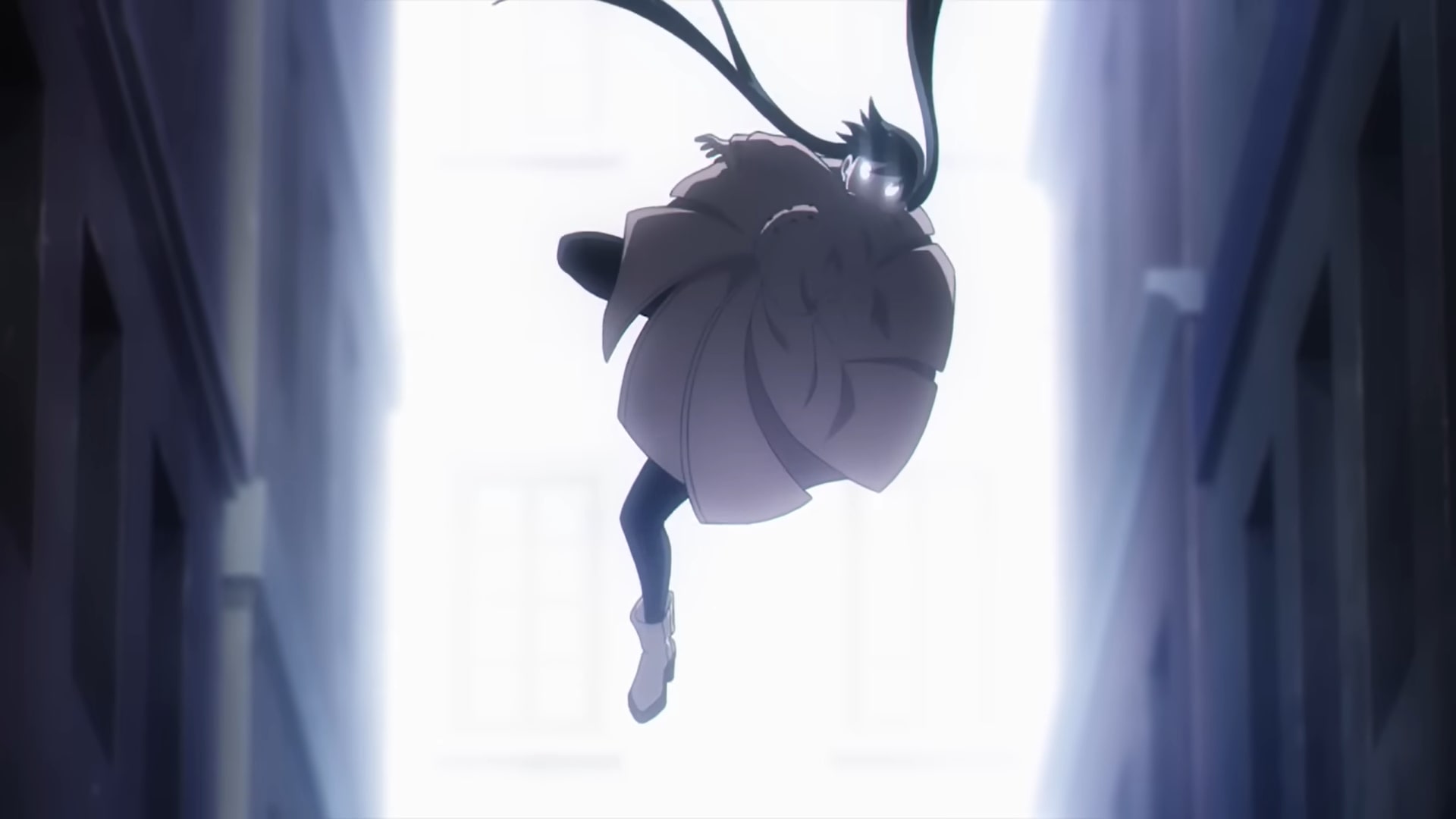 Keith manages to get a hold of the white dog, while the other man tries to catch Anya. However, just at the right moment, Yor comes to save her daughter and beats up one of the terrorists. As she takes Anya in her arms, she warns others that she won’t let anyone put a finger on her daughter.