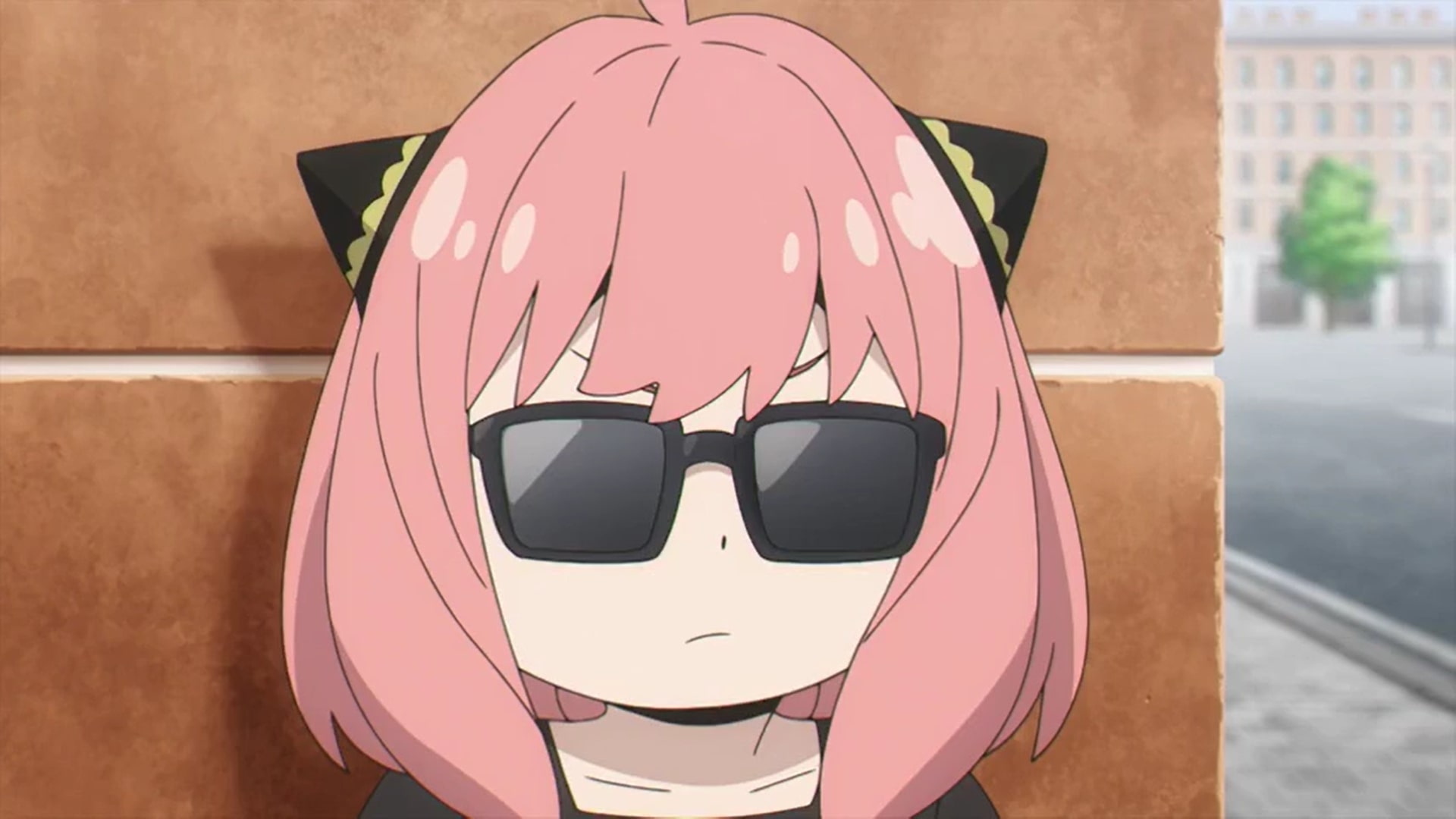 In the season 1 finale, ‘Spy x Family‘ titled ‘Penguin Park,’ Loid is tasked with one mission after another, all the while working full-time on Operation Strix. He struggles to keep up with the growing demand of the Westalian spy organization, but a lack of work-life balance is finally taking its toll, and Loid must find the right balance as soon as possible. Here’s everything you need to know about the ending of ‘Spy x Family’ episode 12. SPOILERS AHEAD!!!

Loid meets a secret contact of WISE, the Westalian Intelligence, in an underground train station. The undercover agent works as a shopkeeper there and informs Loid about an important mission that must be accomplished as soon as possible. The secret spy manages to complete the task soon afterward and is praised by another messenger from his organization. However, the constant pressure is finally getting to him after working so hard. 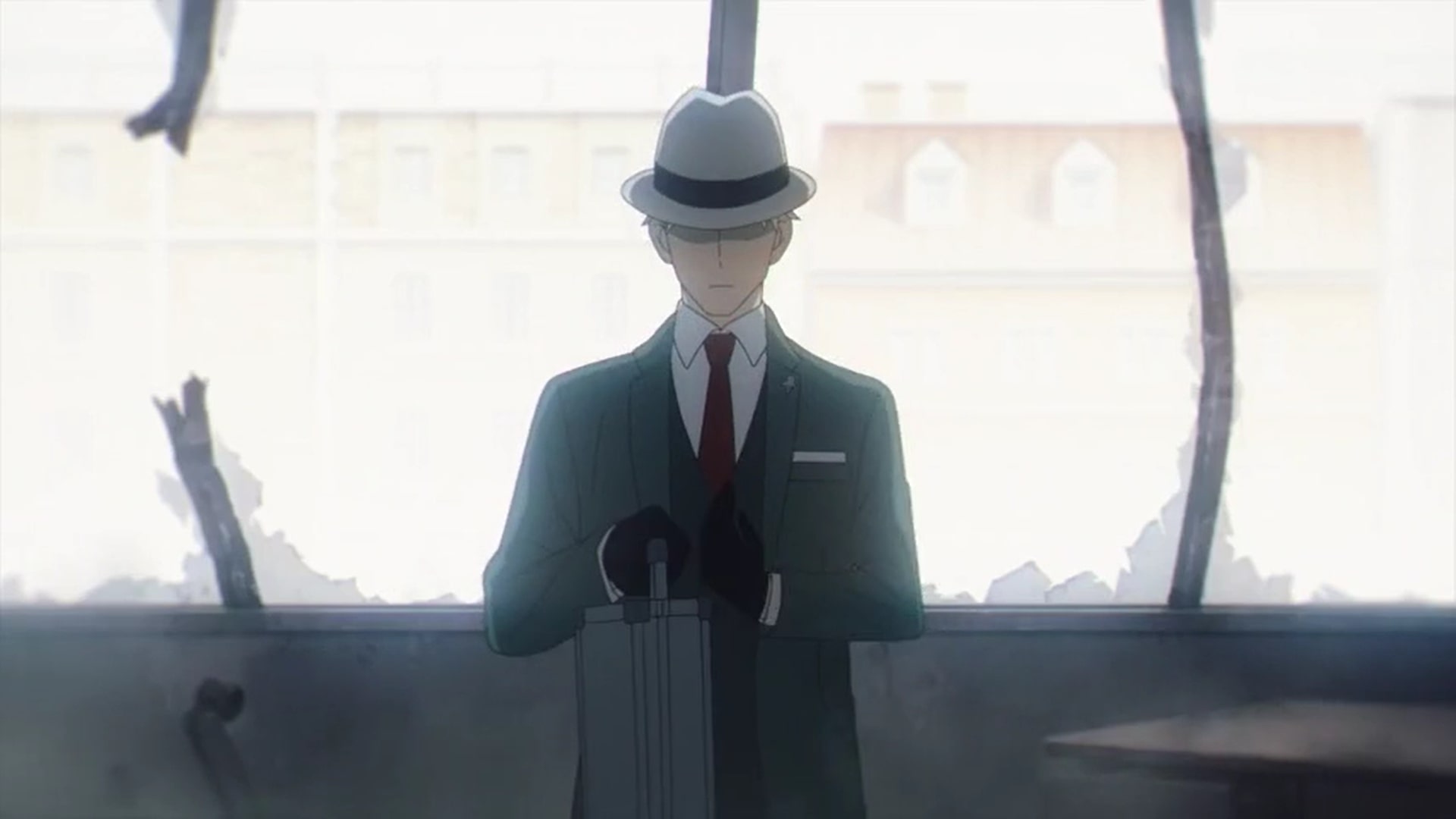 When he reaches his home, Loid overhears the neighbors talking about him and his family. They have noticed that the secret spy is rarely around his family, and even Yor spends less time with her husband. They feel that Loid is probably cheating on his wife and appears very suspicious. Since the family is rarely together, the neighbors doubt that something is up with the Forgers. As the secret spy listens patiently, he realizes that the pretend family can possibly be exposed if he does not take things more seriously and is careful in the future.

As soon as he reaches his apartment, he tells Anya and Yor that they should go out for a walk together. Yor is surprised by the sudden plan, especially when Loid looks extremely fatigued. But Loid is determined; when he sees that Anya is drawing a penguin, he decides to take his family to the aquarium. As the family reaches the train station, Loid notices that the WISE’s agent acting as a shopkeeper, wants to deliver some message to him.

It turns out that a critical piece of intel is going to be exchanged at the Berlint Aquarium that day. The information that the terrorists are trying to transfer is of a new scientific weapons manufacturing process that can potentially be used for horrible ends. Although he tries to ignore the mission as he wants to spend time with his family, the WISE agent is persistent. She argues that the lives of tens of thousands of people hang in the balance as the new technology is extremely dangerous.

Loid is taken back when he learns that his decision can have such a far-reaching consequence and reluctantly accepts the mission. When the Forgers later arrive at the Berlint aquarium, they find their neighbors there. While Loid wants to get rid of them as soon as possible, Yor invites them to spend the rest of the day with them. The secret spy worries that he may accidentally blow his cover if he gets too preoccupied with his mission and does not spend time with his family. 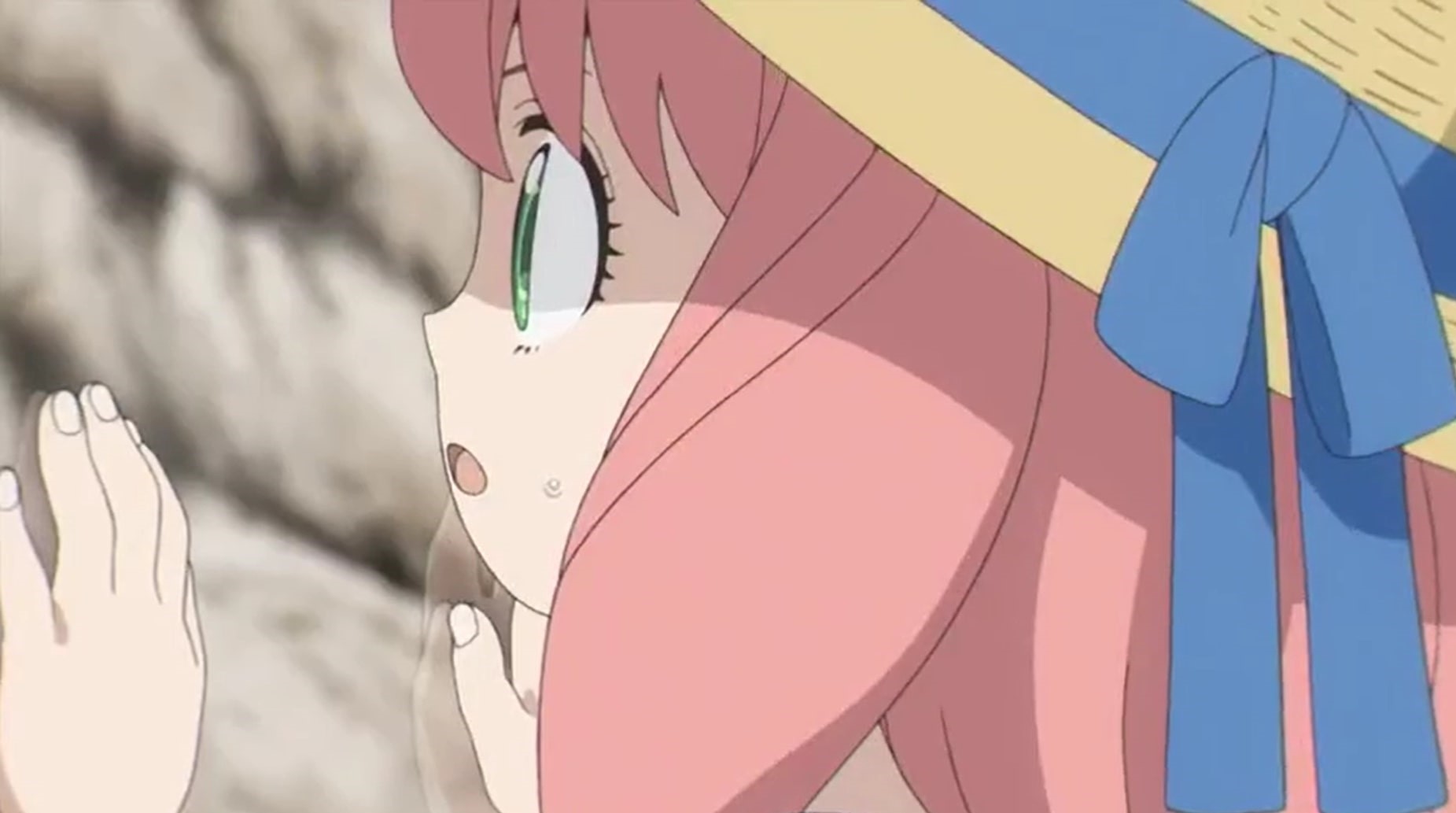 The trio begins to explore the aquarium when they finally start observing the penguins. Loid has been tipped that he will find the secret to the dangerous weapons in a capsule that has been fed to one of the penguins. Unfortunately, it appears literally impossible to figure out which one of the penguins is the one with the capsule, as there are literally hundreds of them.

After Loid realizes that he has a long day ahead of him, he immediately begins to look for a clue that could potentially help him identify the penguin that he needs to find. Anya, who is also there with his father, can read his mind and understands the importance of finding the capsule as soon as possible. She focuses very hard and reads the mind of the penguins so that she can figure out which one has been fed the capsule with secret intel. 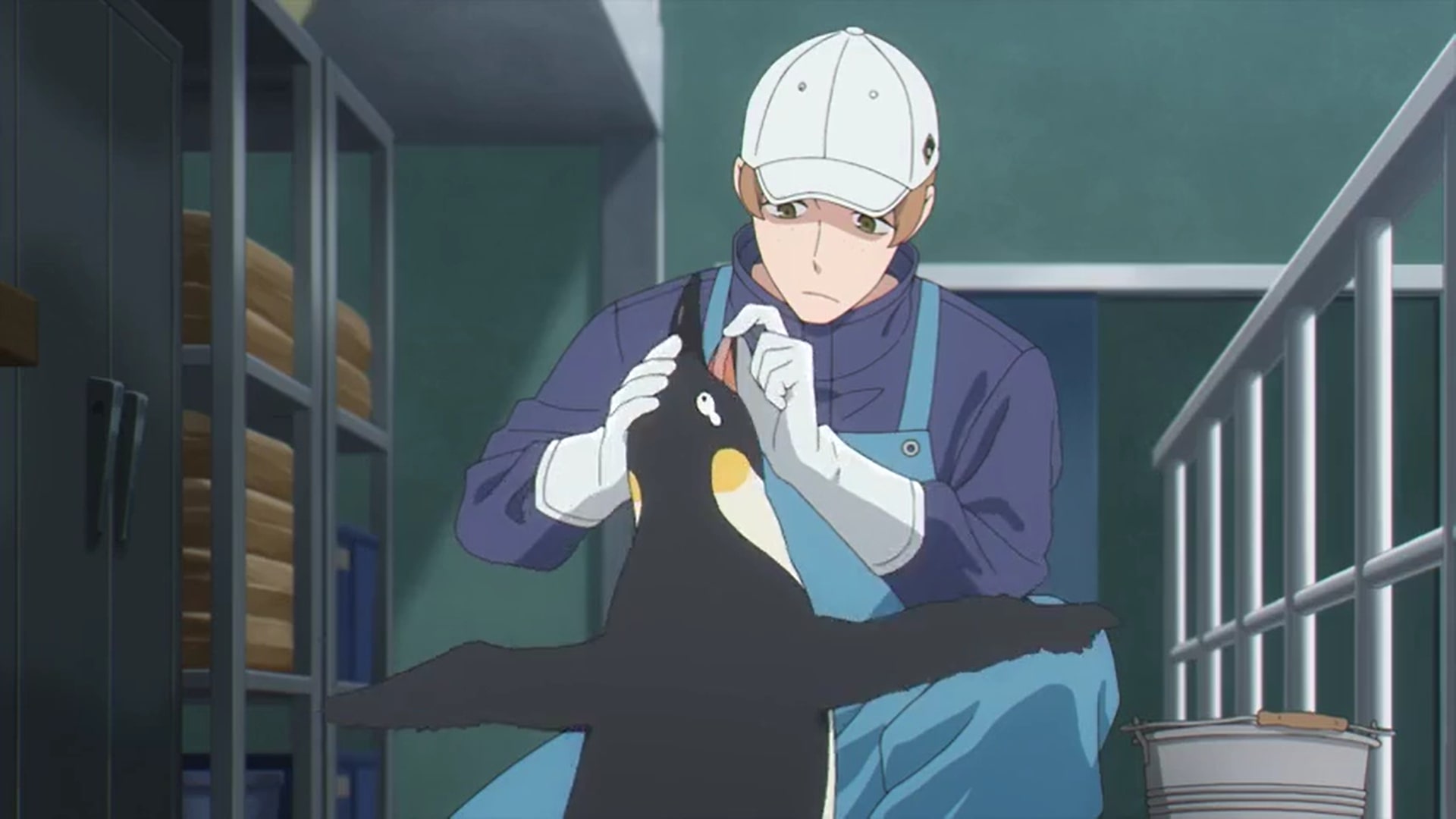 Luckily, with a lot of patience and perseverance, she finds the one that Loid has been looking for. She points to that penguin and tells her father that it looks uncomfortable and unwell. Loid realizes that the penguin is trying to drink as if something is stuck in his throat. He immediately disguises himself as one of the workers and blends in with the people responsible for taking care of the animals in the aquarium.

After managing to impress the other workers, he finds the penguin that he has been looking for. As she stares into its mouth, he can something stuck in its throat. Loid takes it in the backroom with the excuse of giving him medical care and tries to retrieve the capsule. However, a man who introduces himself as a marine biologist asks him to hand over the penguin to him. However, when Loid checks his ID card, he can easily figure out that it’s fake.

As another worker tells him to take the penguin to the medical room instead, the secret spy uses it as an opportunity to flee. Meanwhile, the fake marine biologist who is actually working for the terrorists decide to alert other to him. However, Anya reads his thoughts and jumps on him. When she sees Yor, Anya calls for help and makes it look as if she is being kidnapped. 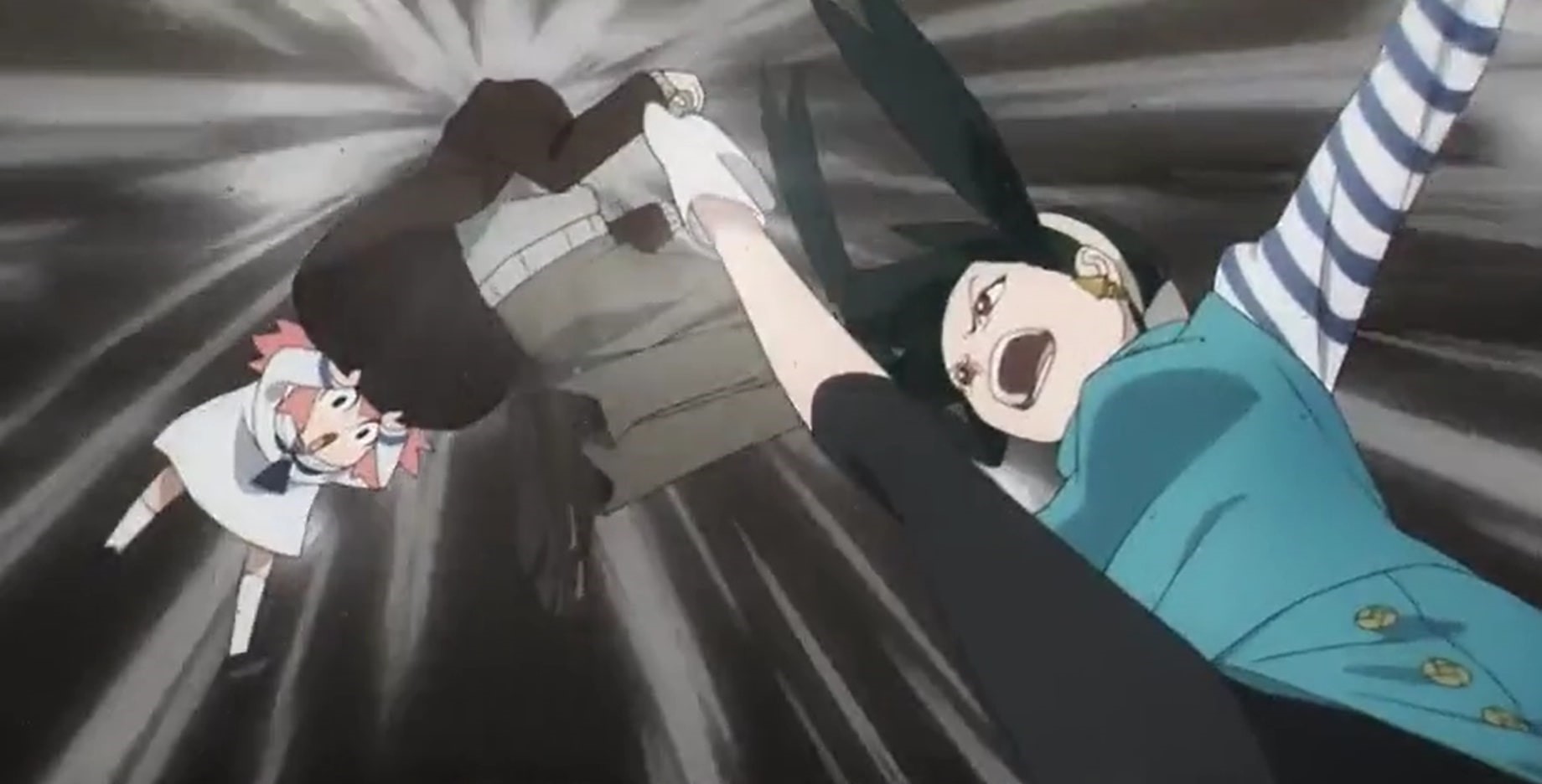 The secret assassin is quick to catch up with the suspicious man and knocks him out with just one brutal kick. Meanwhile, Loid manages to take the capsule out of the penguin’s mouth and manages to stop the terrorists from getting their hands on another dangerous weapon manufacturing method that could potentially kill tens of thousands of people.