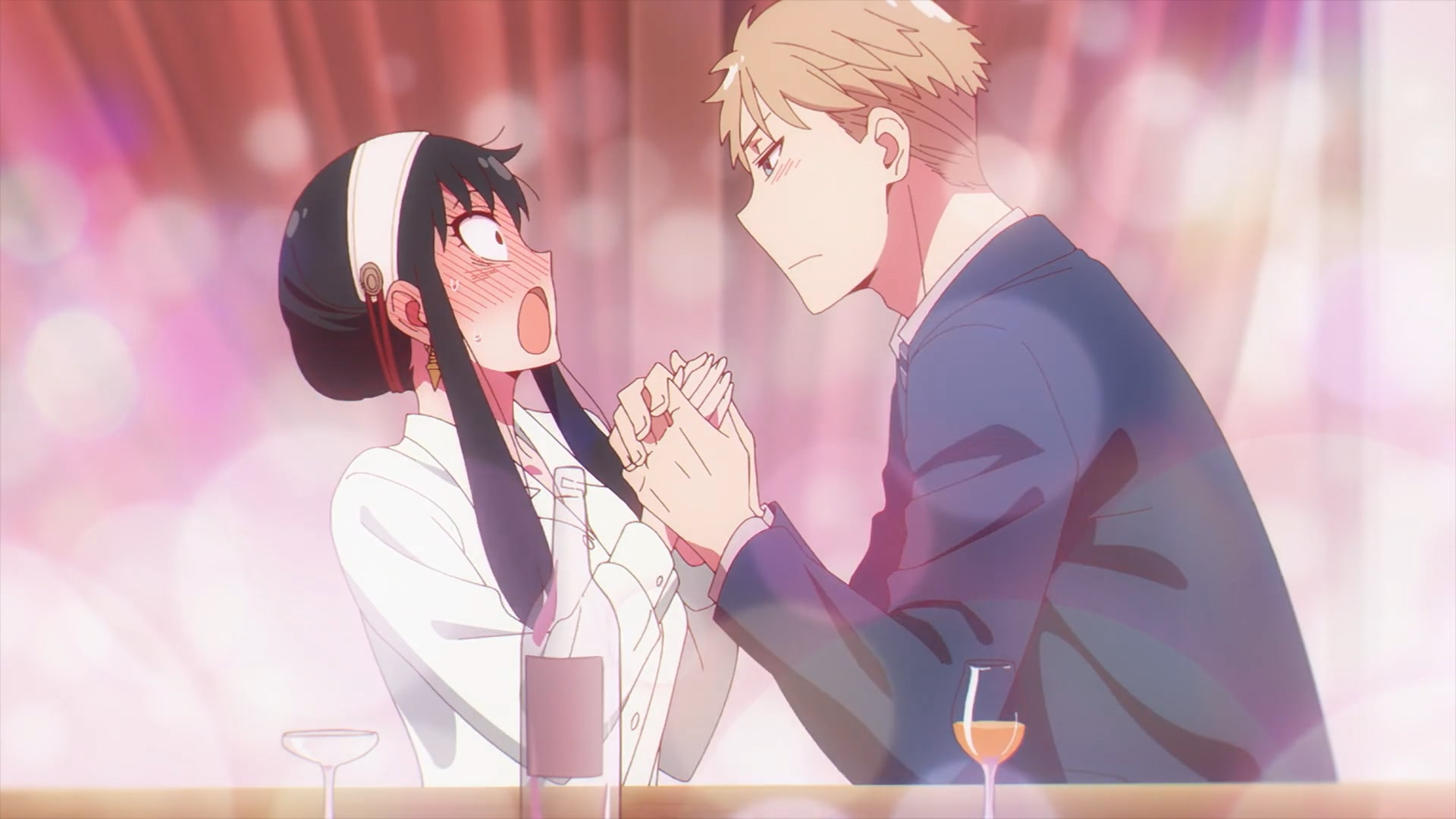 In the twenty-fourth episode of ‘Spy x Family‘ titled ‘The Role of a Mother and Wife & Shopping with Friends,’ Loid learns that Yor is suspicious that he may have an affair with Fiona and even the neighbors have started doubting that he may have been unfaithful. In order to ensure that the situation does not escalate any further, Twilight takes his pretend wife on a date where he hopes to clarify everything. Meanwhile, at the Eden Academy, Becky misunderstands Anya’s reasons for secretly spying on Damian and decides to take him shopping so that she can impress him. Here’s everything you need to know about the ending of ‘Spy x Family’ episode 24. SPOILERS AHEAD!!!

As Yor returns home, she constantly thinks about getting replaced by Fiona. She also seems to suspect the fact that Loid may already be having an affair with her. Yor is distressed that the neighbors who see her walking back home also suspect the same thing and jump to the conclusion that Loid is probably cheating on her. Interestingly, Twilight is observing everything from a distance and realizes what has been worrying Yor recently. He feels that it’s important to talk things out as the neighbors have also started jumping to the worst possible conclusions. 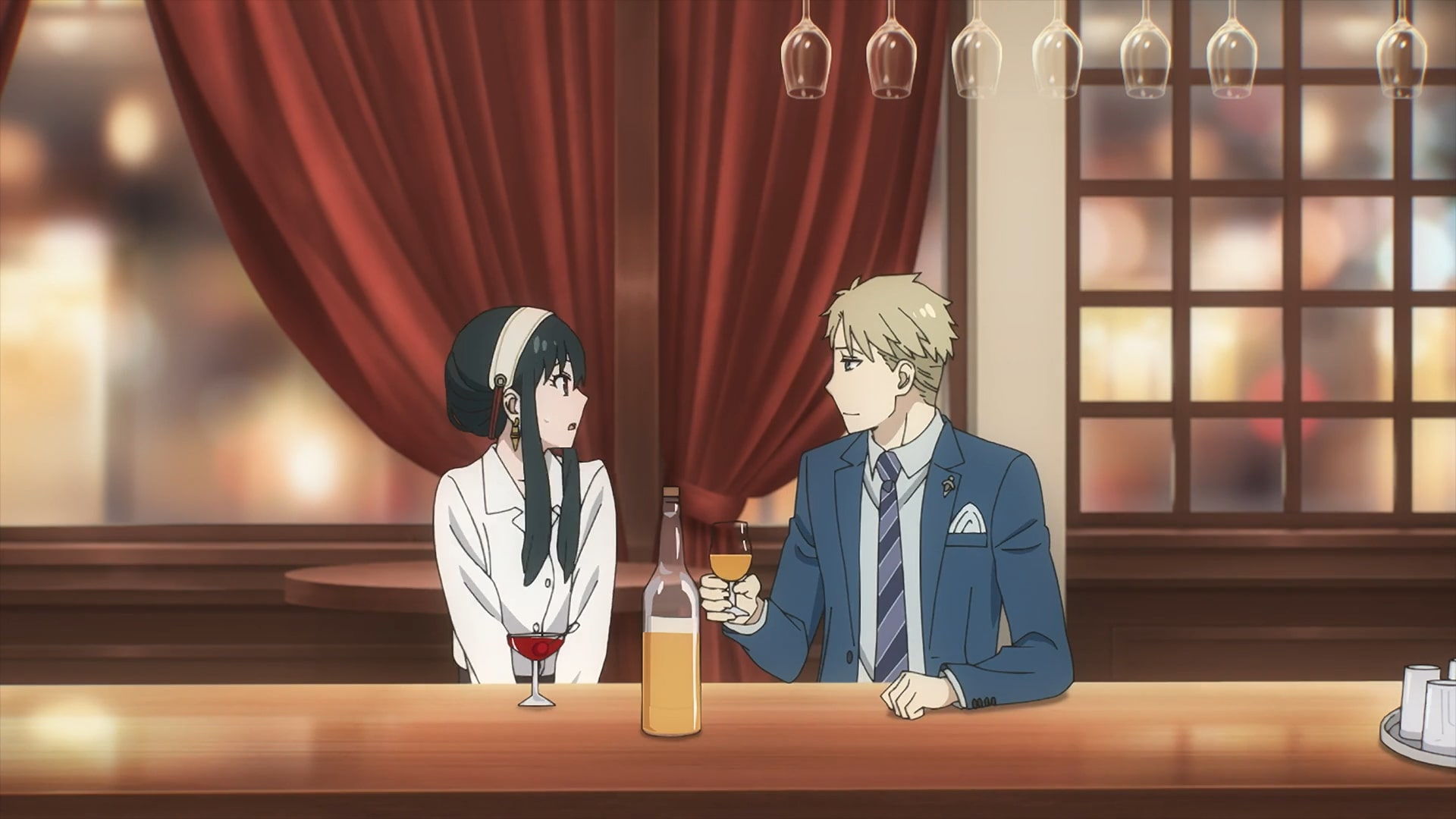 The following day Frankie is hired by Loid to look after Anya and Bond when he is not around. He gets along with Anya and the duo play a lot of games. When Loid later returns, he pays Frankie more money to stay with her daughter a little longer so that he can take Yor on a date. Loid meets Yor and the duo visits a nearby bar where they order drinks. Yor suspects the worst and has the bad feeling that he is probably going to tell him about his relationship with Fiona. Yor ends up drinking a lot and goes on a rant about her insecurities and jealousy.

Loid tries to calm her down and feels that it is the right time to manipulate her emotionally but ends up getting kicked in the face so hard that he is knocked out for five minutes. When he opens his eyes, the duo are in the park where he reassures Yor that there is nothing between him and Fiona. He also appreciates the role that Yor has played as a mother. Unfortunately, Yor is so drunk at this point that she forgets everything the following morning and Loid has to discuss everything again.

At the Eden Academy, Anya watches Damian and his two friends from a distance. The trio is discussing the Stella Stars and it turns out that Anya has now almost given up on the chance of earning them. She feels that she is not at all good at academics and despite trying her best, she struggles to perform in sports as well. Therefore, Anya realizes that she can only help her father achieve his mission by becoming friends with Damian so that he will eventually get to visit the Desmond household to spy on Donovan. She is so lost in her thoughts that she does not know when Becky approaches her. 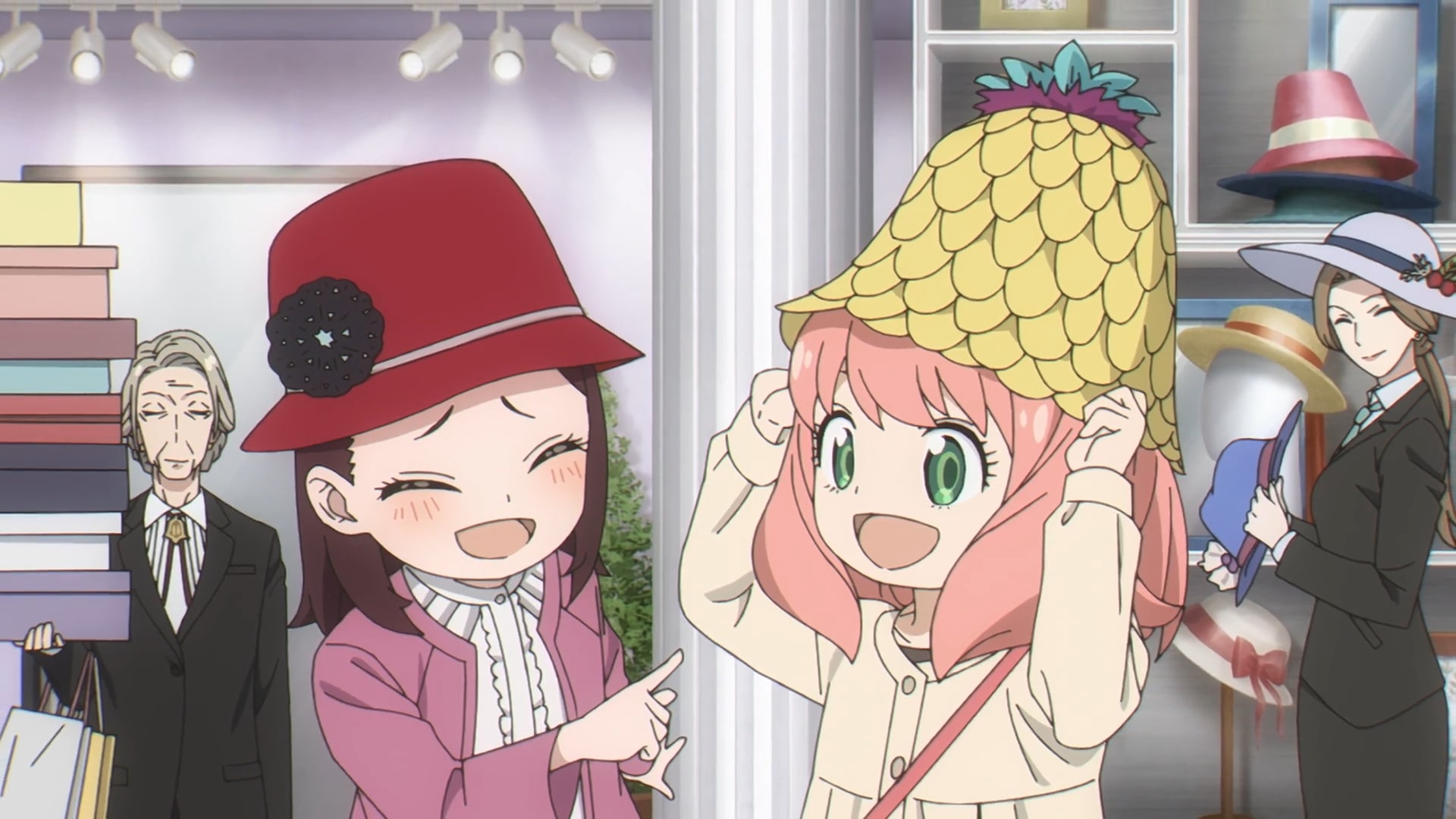 Anya’s friend realizes that she has been staring at Damian from a distance and because of a series of misunderstandings from the past, she assumes that Anya loves Donovan’s son. When Becky says what is obvious from her perspective, Anya thinks briefly and recalls that she only loves her father and mother. But for Becky, this does not really matter as she promises that she can help her friend impress her crush. She tells Anya that if she wants Damian to fall in love with her then it’s important that they both go shopping so that her personality stands out more.

The following evening, Anya joins Becky who brings her car, and caregiver Martha to take the two of them to a showroom. When Anya starts trying on different dresses she gets tired and realizes that shopping is a lot of hard work. Meanwhile, Becky who was there just to help her friend ends up buying a lot of clothes. By the time they are done for the day, Anya finds a matching set of the keychain and gifts one of them to Becky. While she initially seems reluctant, Becky accepts the gift. While they are returning home, the two friends briefly discuss that they don’t even remember why they went to the showroom in the first place. 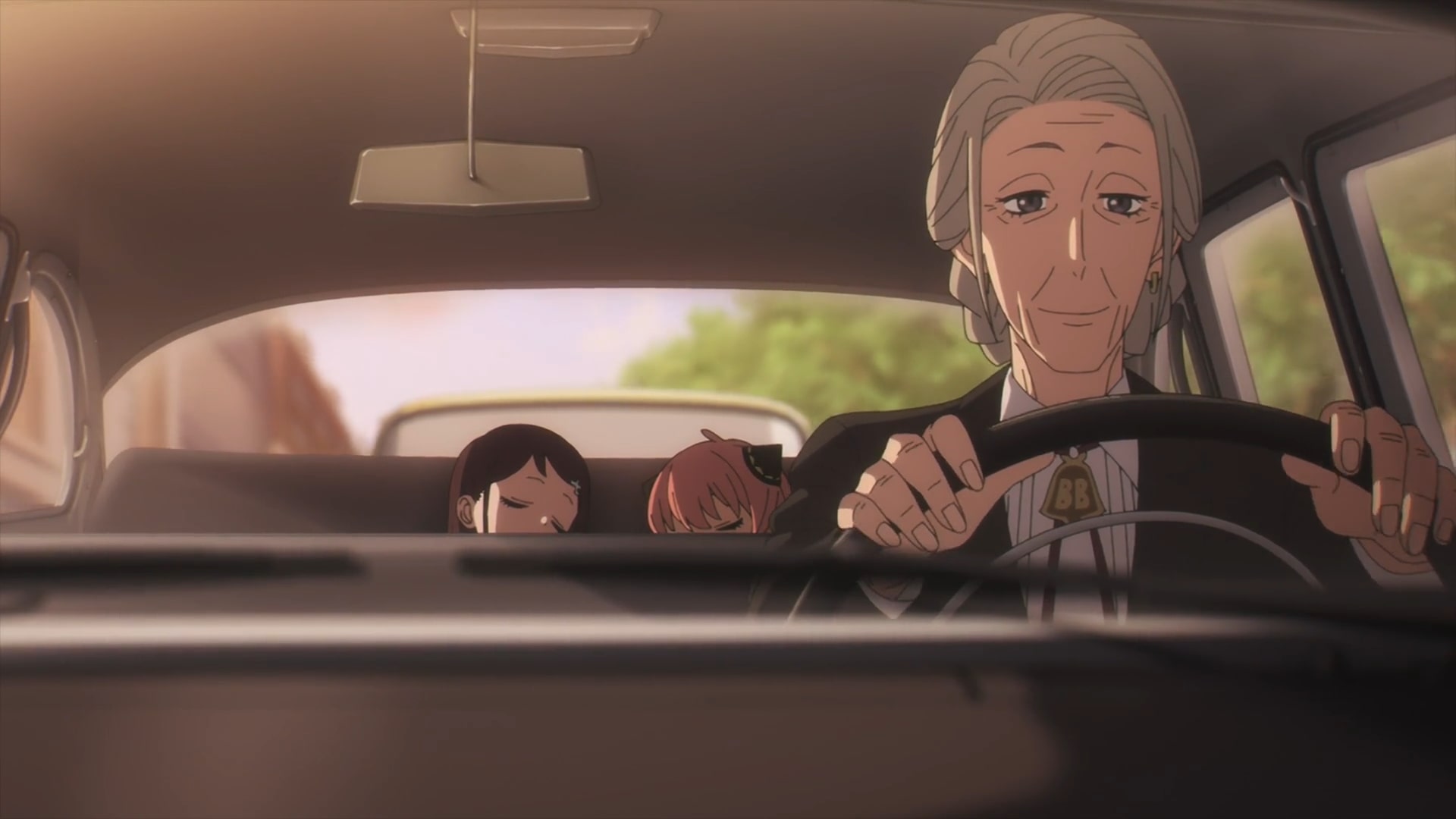 As Martha is driving them home, Becky and Anya fall asleep. Martha recalls how arrogant and unamiable Becky once used to be and it almost seemed impossible that she would get along with someone. However, in the first few days of visiting Eden Academy, she told that she met someone interesting in school. That, someone, was Anya and it makes Martha quite happy and proud that Becky has finally been able to become friends with someone.