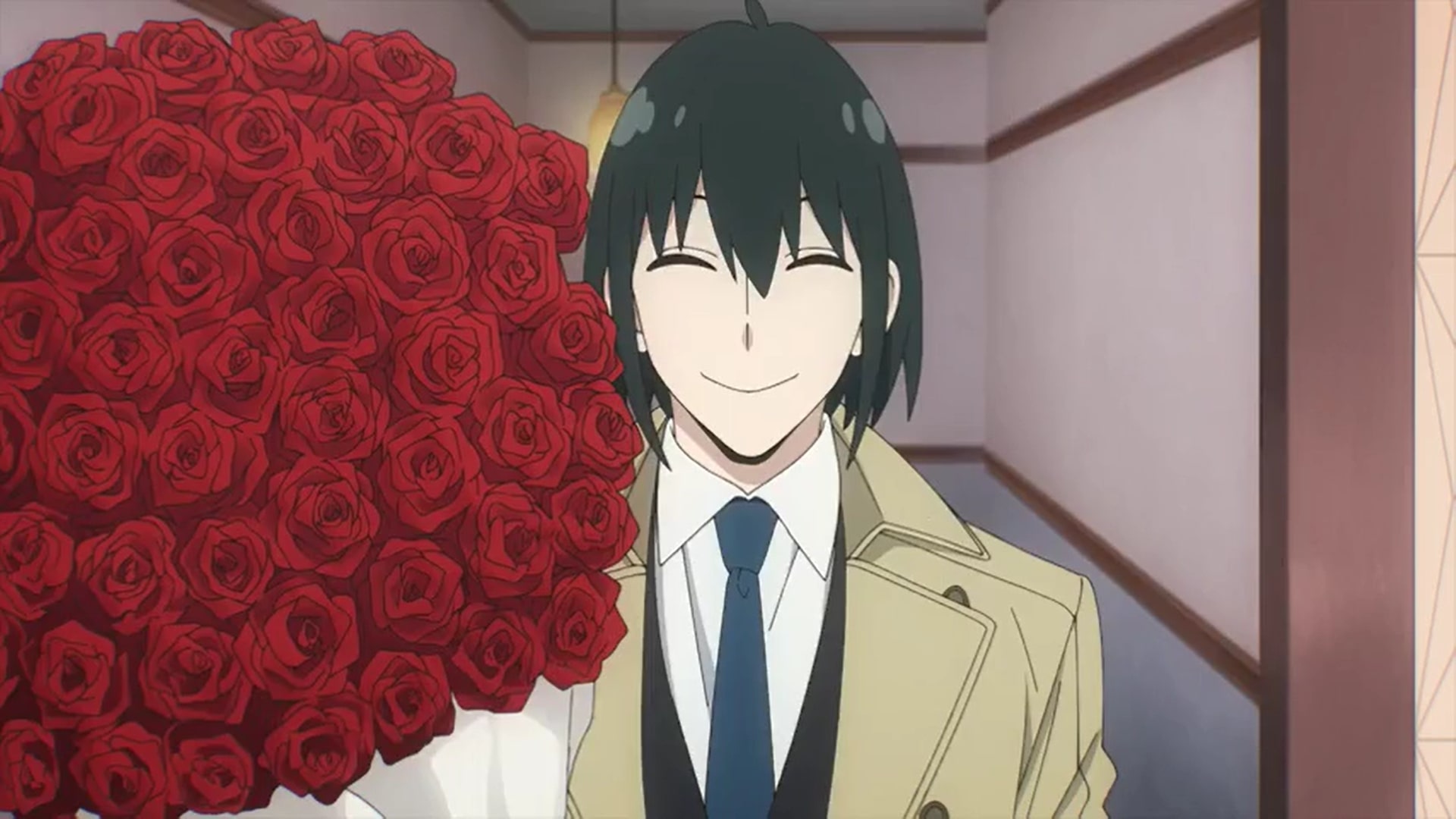 In the eighth episode of ‘Spy x Family‘ titled ‘The Counter-Secret Police Cover Operation,’ Loid is summoned by his Handler, who shares some critical intel with him. Meanwhile, Yor’s Younger brother finally learns about her marriage and is shocked that she has kept it a secret from him. He decides to meet the Forgers to learn more about the man who swept his sister off her feet. Here’s everything you need to know about the ending of ‘Spy x Family’ episode 8. SPOILERS AHEAD!

At the school, Anya is attending a maths class when the teacher asks the students an easy question. She feels that she knows the answer and proudly tells the teacher, only to realize that she is absolutely wrong. Meanwhile, Loid meets Sylvia, who takes an update about the mission from the genius spy. She also tells him that Twilight is expected to help Anya achieve eight Stellas in four months by other people monitoring the mission. The unreasonably high expectation naturally makes Twilight nervous, but he tries to hide it. 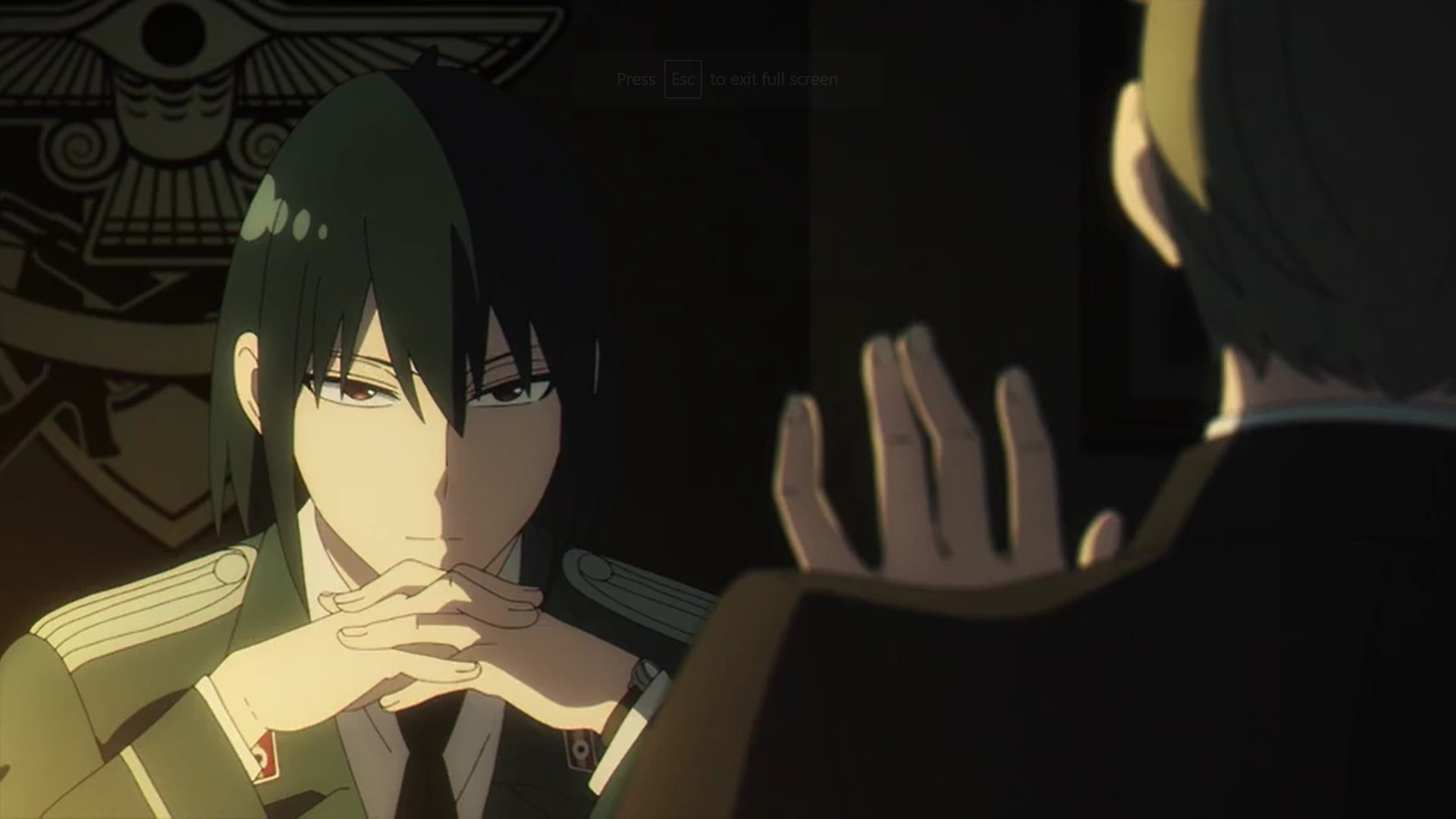 As if helping Anya become a top student at school was not challenging enough, Sylvia gives him the bad news that one of their informants at the City Hall was caught recently. According to her, the counter-intelligence agency of the country is slowly becoming quite strict as they have apparently realized what is at stake after the recent infiltration activities. Sylvia advises Twilight to be very careful as the enemies will be everywhere now, which means even one mistake could end up costing a lot.

Meanwhile, at the City Hall, a man named Jim Hayward is arrested by the Secret Security Service on suspicion of being a spy. Yor, who works there, learns about the incident from her colleagues, who also explain to her that the man has been leaking sensitive documents to some shady organization for money. The secret assassin is approached by another colleague, who wonders why she hadn’t told her brother about her marriage. Yor panics and makes the excuse that she forgot, which only makes her look bad as she exchanged vows with Loid about a year ago- at least according to their marriage certificate.

As if things are not looking bad already for her, the same colleague tells Yor that her boyfriend said to her that her brother would soon call her to discuss the same. It later turns out that he plans to visit Yor’s house to meet the Forgers personally. Yor gets extremely nervous when she learns this and immediately discusses the same with Loid. The secret spy comes up with a strategy to avoid getting exposed as a pretend family in front of Yor’s brother.

Spy x Family Episode 8 Ending: Who is Yuri Briar? What Does He Do?

When Jim Hayward is taken to the headquarters of the Secret Security Service, he is questioned by the officials there. The organization is responsible for maintaining peace within their country and is also called the secret police, so they do not hesitate to hurt people to get what they want. However, when Jim refuses to confess to his crimes, the boss there sends a special officer to quiz the accused about his involvement. It turns out that this officer is none other than Yuri Briar, Yor’s younger brother. He pretends to be a diplomat to hide his involvement with the secret police and has had a great record so far.

While Jim had not been very open to confessing his crimes so far, Yuri knows how to get the information out of him. He puts a few photos taken by the spies of Jim selling sensitive documents. Although he opens up that he did all of that for money and girls with no political motives, Yuri does not hesitate to beat him up for betraying his country. He openly talks about his desire to protect his mother nation against all enemies primarily because it also guarantees the safety of his sister, who has sacrificed so much for him.

How Does Loid Figure Out the Truth About Yuri Briar?

After the interrogation, Yuri visits the Forgers and has already made up his mind that he won’t hesitate to kill his sister’s spouse if he turns out to be deceptive. However, Loid leaves no stones unturned and manages to impress him with his cooking. But Yuri is reluctant to give him any credit. When he gifts the couple a wine bottle from Hungaria, Loid begins to question him about his job. The secret spy lies that he visited Hungaria as a student. When he begins to quiz Yuri further about the specific details of the city, its restaurants, food, and places, he notices something very interesting. 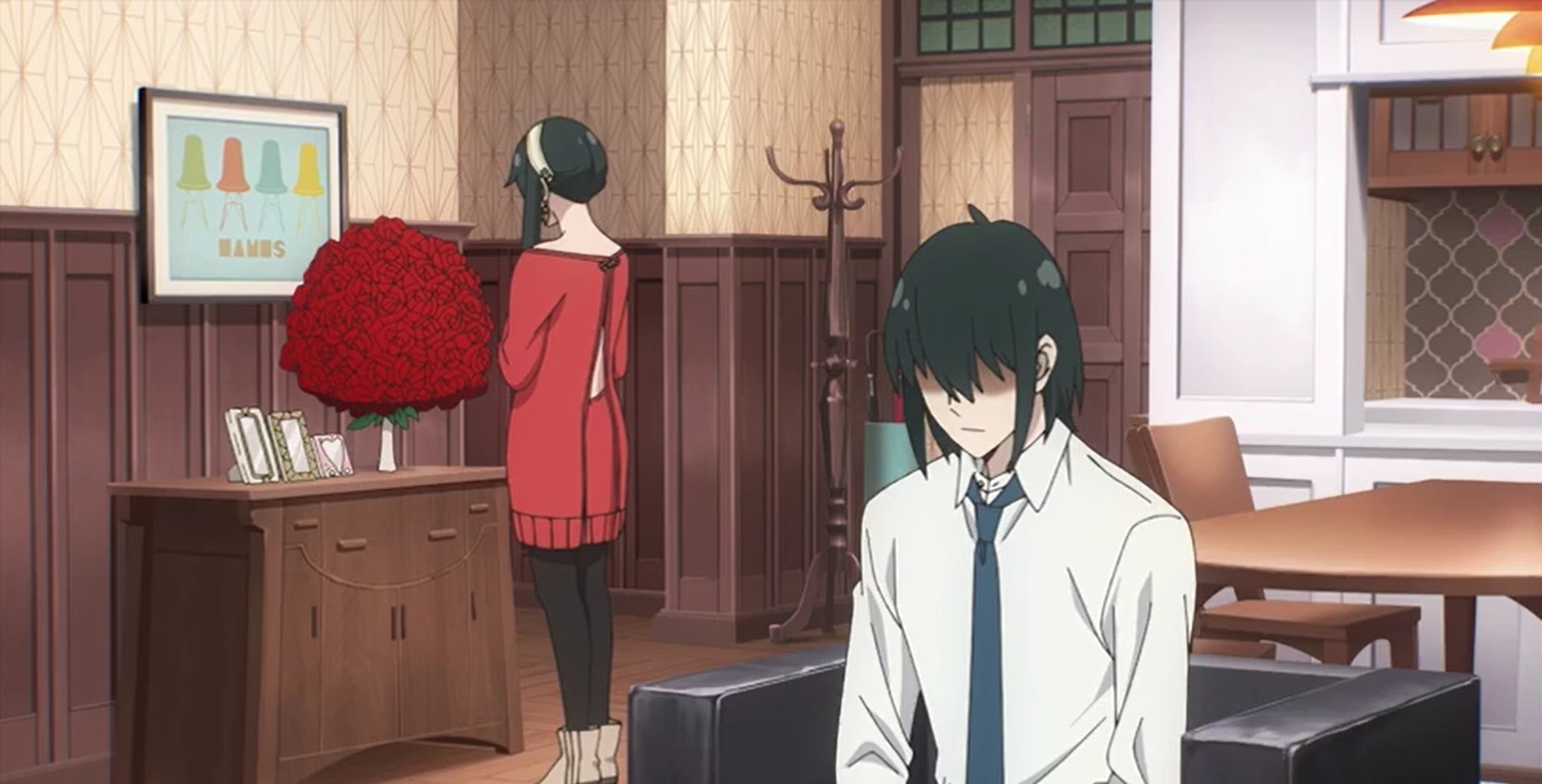 All of his answers are precisely similar to the ones fabricated by the secret police for agents who are pretending to be diplomats to avoid any suspicion. A common mistake with the manual given by the secret police to their officers is that they have not been updated for some time. Since the specific details like the price of the beer and the name of the chefs told by Yuri are not accurate and are almost identical to the ones made up by the secret police, it does not leave any doubt that he is working for them.

Does Briar Accept Loid as His Sister’s Husband? Why Does He Doubt Their Relationship?

While Loid has managed to figure out that Yuri is working with the secret police, Yuri, on the other hand, is not only clueless but also very unstable during his first meeting with the Forgers. He has already made up his mind that he won’t accept Loid as Yuri’s husband before meeting him. Therefore, Loid’s matureness and other qualities do not help the couple much.

He is specifically doubtful of the fact that Yor did not tell him about her marriage for almost a year which is quite strange. However, Yor does manage to make stupid excuses that he seems to accept initially. But when Loid and Yor react weirdly when they accidentally touch each other’s hands, he grows suspicious again. He asks them to prove that they have been married for one year by kissing each other right in front of him. 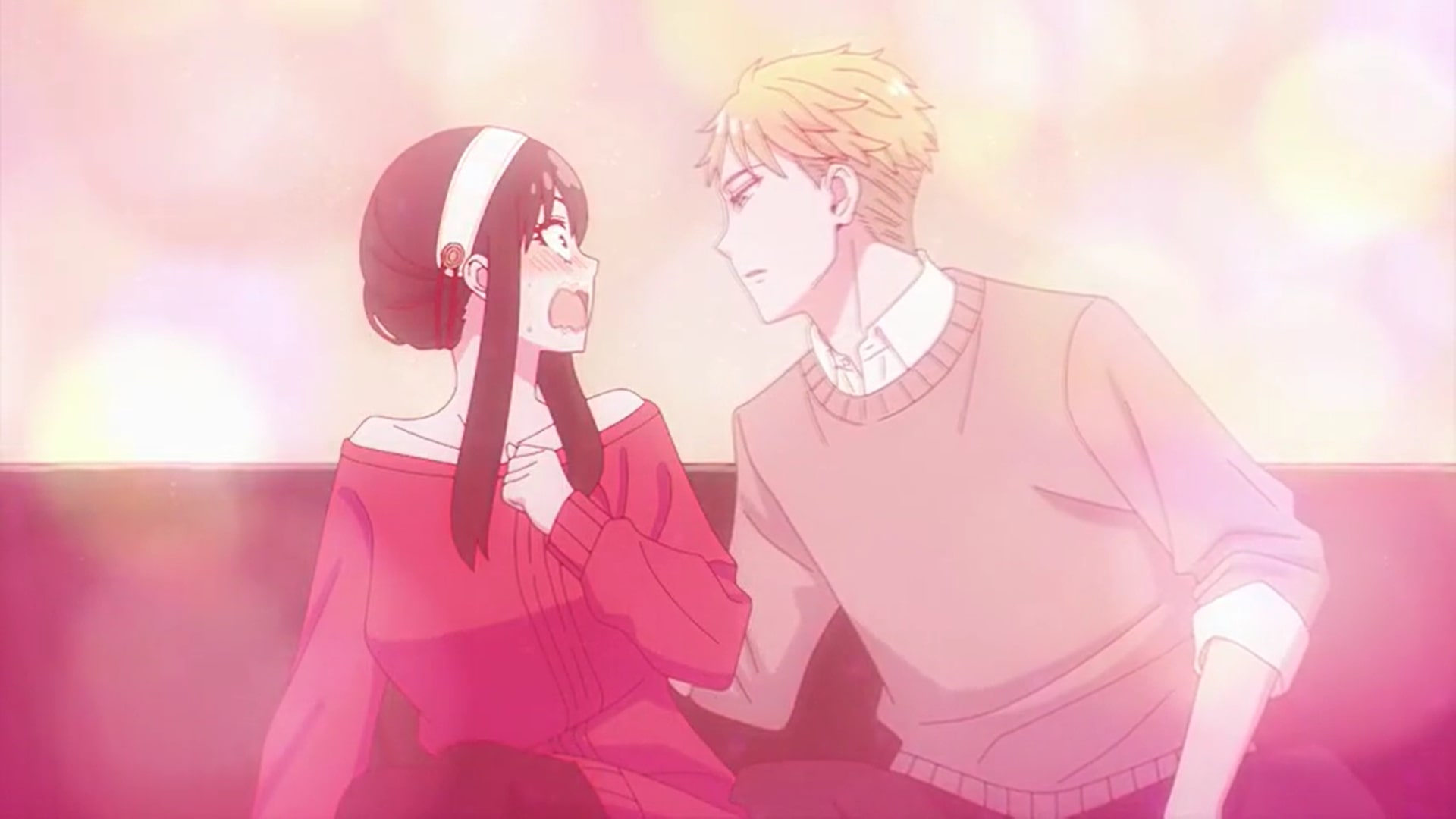 While Yor is embarrassed, Loid does not mind and leans in for the kiss. The episode ends there, but according to the manga, the pretend couple will ultimately not kiss each other. However, they will manage to convince Yuri that they are a married couple who have been with each other for quite a while.