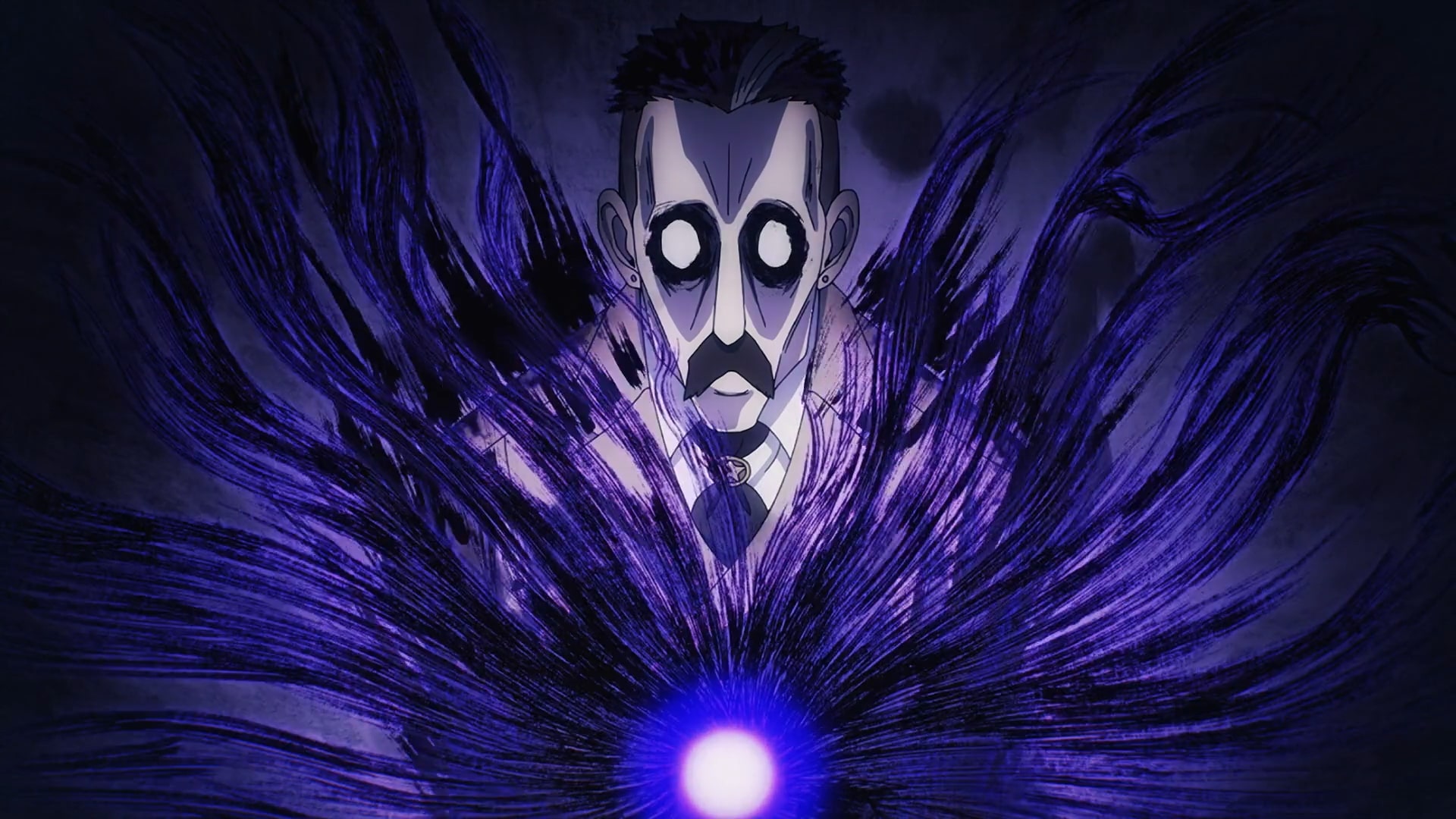 In the twenty-fifth episode of ‘Spy x Family‘ titled ‘First Contact,’ Loid keeps a close eye on the security arrangements at the Eden Academy as Donovan Desmond is expected to make an appearance for an important event. Meanwhile, Damian briefly expresses to Demetrius (his brother) about his desire to meet their father when he visits the school. Anya continues to follow Damian around hoping to help Loid in some way and ends up really making a difference when she manages to convince him not to give up on the idea to meet his father. Here’s everything you need to know about the ending of ‘Spy x Family’ episode 25. SPOILERS AHEAD!!!

With the reception about to be held soon, Loid visits the Eden Academy surreptitiously to keep a close eye on the security arrangements. He knows the importance of the event as Donovan Desmond is expected to be available for it. Meanwhile, Anya also knows that her plans to get close to Damian have failed so far. Therefore, she stalks Donovan’s son, hoping to find a way to help her father meet the Ostanian politician. But Damian has noticed Anya and scolds her for following him around.

Damian knows that his father will be coming for the reception, so he calls his elder brother Demetrius to pass on a message to him. He tells him that he will be waiting for Donovan near the library after the event to talk about something important. Later when almost gives up on this idea, Anya confronts him at the right time. She argues that despite her failures and concerns about what her father may think or say, she proudly shows him her marks even if she scores low because she loves him.

After Martha carries Anya home, Loid strategically puts the replica of Anya’s favorite keychain where Damian is waiting for his father. He then pretends to look for the keychain and ends up asking Damian, who has picked it up. Loid then acts as if he met Damian accidentally and immediately starts apologizing for Anya’s violent action. His acting is very convincing and Damian appears to accept his apology not knowing that the secret spy has perfectly timed the entire drama in a manner that he gets to meet his father. 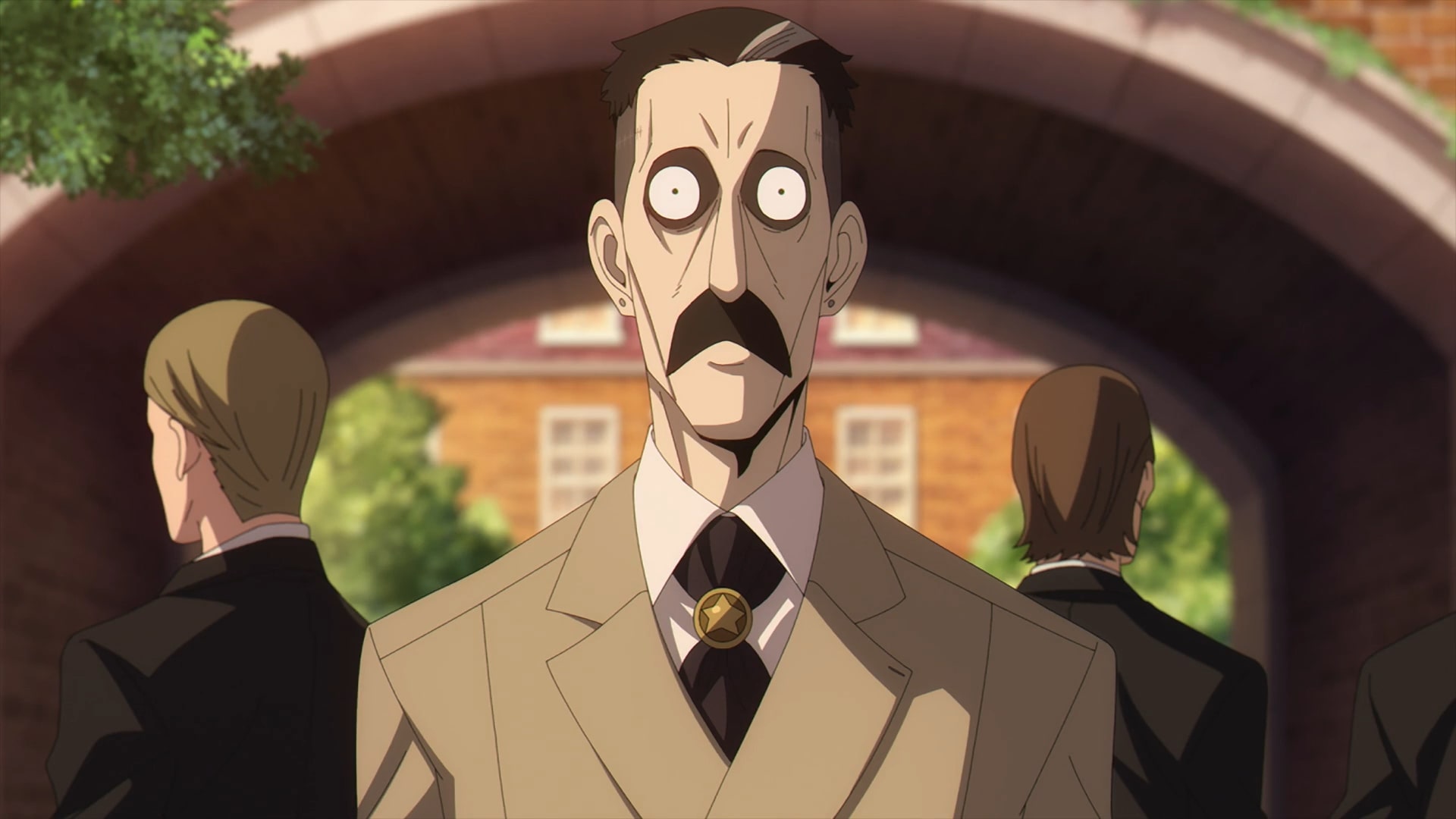 Just as Loid has planned, Donovon comes to meet his son exactly when he is busy talking with Twilight. The guards that surround the Ostanian politician ask Loid to leave but Donovan says he does not mind him staying. Loid grabs the opportunity with both hands and apologizes to him directly for Anya punching his son on the first day of school. Donovan recalls being told about the incident but then also argues that it’s not something to worry about as it was just a squabble between children.

However, Loid knows that this is probably his only chance to find a way to make a connection with the Ostanian politician. Therefore, he offers to visit the Desmond household to apologize for what happened between Anya and Damian. But Donovan makes it very clear that there is no need for that. Loid has studied extensively about him and knows that since he stopped making public appearances there has been little to no information about him. 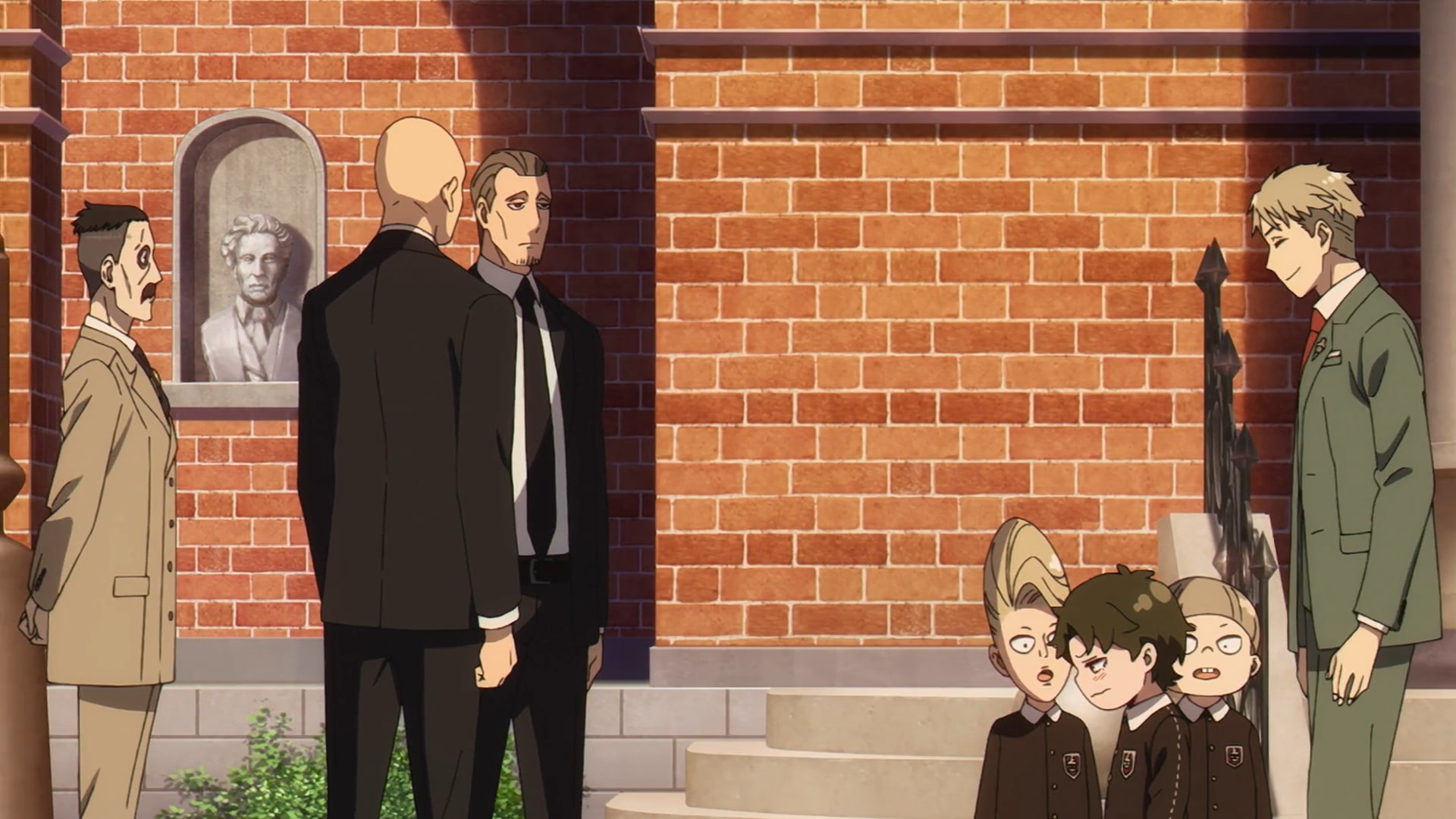 Since he feels that there is not much he knows about Donovan to make an intelligent move, he shifts his attention toward the topic of raising children and how difficult it has been for him to handle Anya. But he also adds that despite the trouble he makes a genuine effort to understand his daughter. Before Loid leaves, he makes sure that Donovan has remembered his name and also tells Damian that Anya has no hard feelings for him.

Does Damian Gather Enough Courage to Talk to His Father?

After Loid leaves, Donovan asks his son what he wanted to meet him for. But Damian panics momentarily and tells his father it was nothing important. As Donovan begins to walk away, Damian recalls Anya’s advice to proudly show failures and success alike to parents unafraid of how they might react. So Damian gathers all his courage and tells his father that he recently won one Stella star in the midterm exams and also mentions that he got only 50 marks in one of the exams. 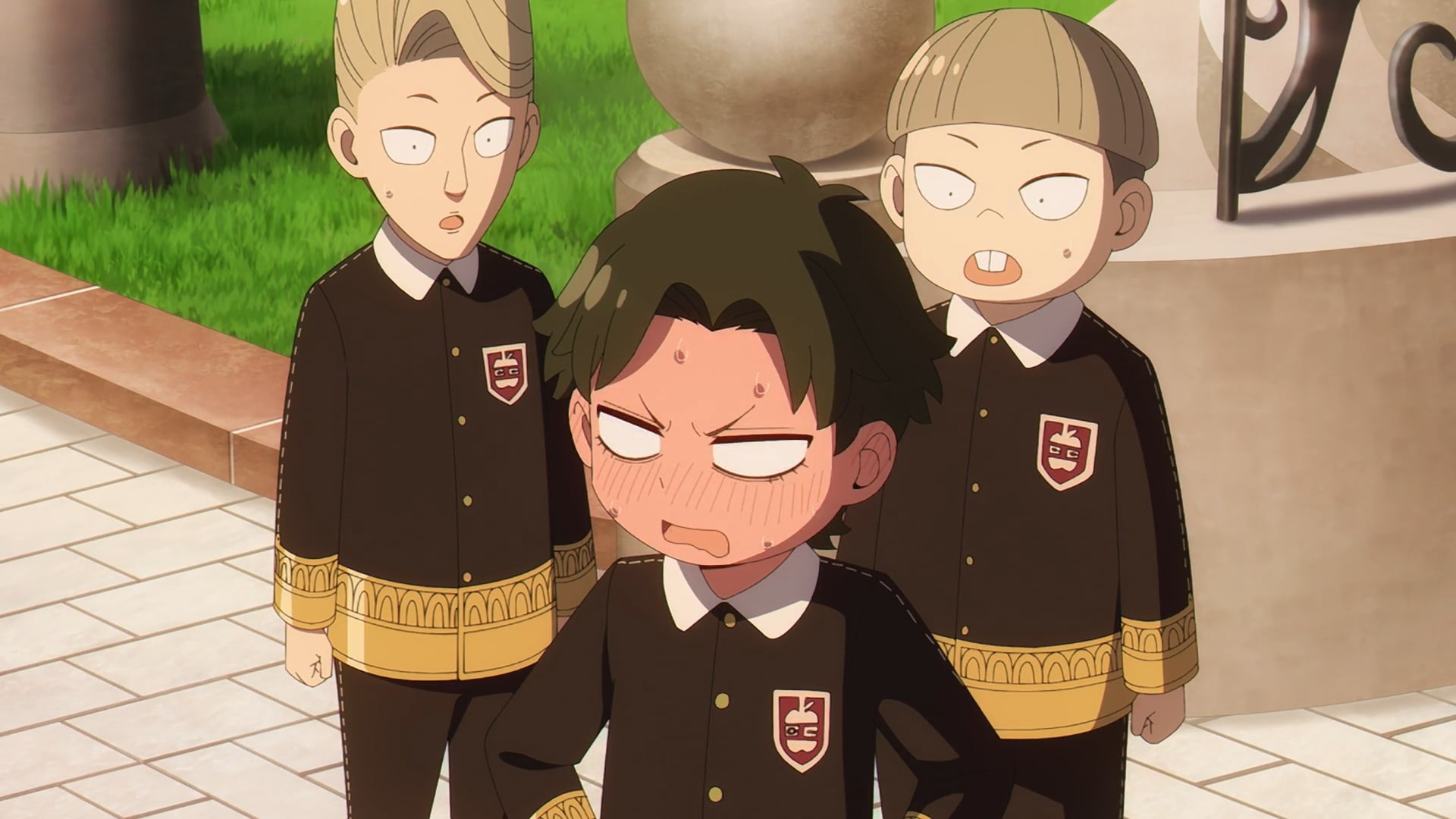 Donovan does not seem impressed at all but praises his son for his work hard. He then goes on to tell Damian to continue making progress and to ensure that he does not bring shame upon the Desmond family. This is enough for Damian to rejoice with his two friends, while Loid watches all of this closely from another building.