Steve Jordan From Southern Survival: Everything We Know 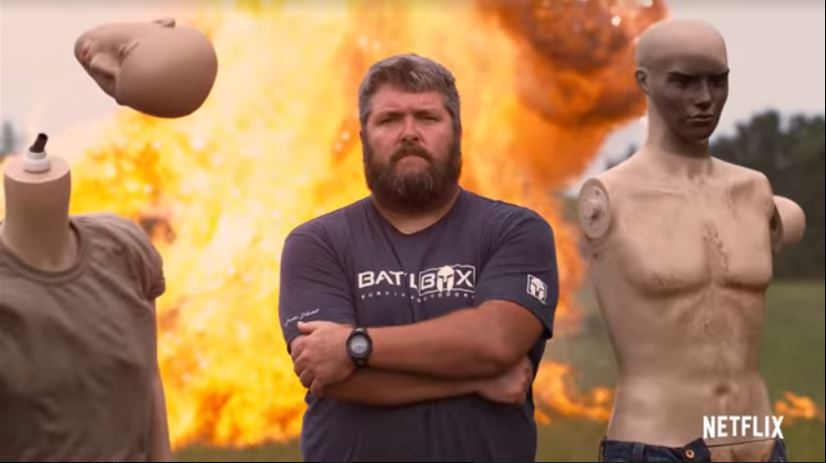 Focusing on the BattlBox team members as they try out different gears that they can include in their monthly subscription boxes for outdoor, survival, and EDC activities, Netflix’s ‘Southern Survival’ shows us some really cool gadgets and explains how they can be used in case of emergencies. The explosions, the banter, and the relationships between the team members who test these products simply made it entertaining for us to watch, causing the show to be engrossing as well as educating.

One such individual who was a part of this team was Steve Jordan. He was the butt of the joke on various occasions, but his reactions to them, the way he handled his missions, his personality, and his overall nature just made us fall in love with him. Curious to know more about him? Here’s all that we know.

Who Is Steve Jordan?

Steve Jordan was named as the Test Specialist on the series, the one who was responsible for arranging the tests for the others and making sure that everything was safe. He himself was the test subject on a couple of occasions. However, his job at BattlBox is much more. His profile is that of an Account Manager, which means that he is directly responsible for the management of sales and the company’s’ relationships with customers.

It appears as if Steve is a Georgia native through and through. He studied at the Georgia Southern University, The McCallie School, after which he did a few odd jobs before finally securing a job at BattlBox. He mentioned that he used to work as a carpenter and a repairman as well as saying something about racing, but since he is extremely private about his life, we can not confirm it all. Even his LinkedIn page only lists BattlBox as his professional experience.

As we mentioned, Steve is extremely private about his life, therefore, apart from what he mentioned on the show, we do not have a lot of information on him. We couldn’t even find his social media accounts, so digging for clues about his personal life is almost impossible. What we do know, though, is that he lives at a house on a lake and that towards the end of 2019, when ‘Southern Survival’ being shot, he was single, but actively dating.

Unlike his other cast members on the show, Steve never willingly gave up details about his life or talked about his past. But, thankfully, we got to see the fun side of him, as he bothered Daniel and Brandon with his “obsession” of mannequins. It started out as a joke, but when he realized that the fake people creeped out the others, he kept up with the sham, bringing more and more every day, making them seem realistic and having a “relationship” with them until he had to live up with his own lie.

It was evident that Steve is hardworking and that he really likes his job along with the people whom he works with, we just hope that if the series gets renewed, we get to see him open up more.