Where Are Steven and Justin Assanti From My 600-lb Life Now? 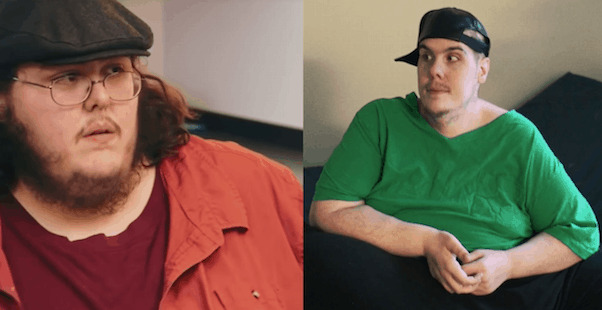 Trying to lose weight requires a lot of strength and willpower because not only do you have to start exercising a little day after day, but you also have to change your entire lifestyle, especially if you want to maintain your weight loss. And that’s exactly what most of the morbidly obese individuals who appear on TLC’s ‘My 600-lb Life‘ aim to do – change their entire lifestyle.

Under the care and supervision of the renowned Iranian-American surgeon Younan Nowzaradan or Dr. Now, these individuals follow a strict diet plan and exercise routine so as to get approval for the weight-loss assist surgery, which would further help them shed their weight and live a happy and healthy life. While some patient’s stories end in tragedy, others are massive success stories.

Steven and Justin Assanti are two brothers who first made an appearance on the show in season 5. Their official episode synopsis on TLC reads: “Steven Assanti weighs nearly 800-lbs and his brother/nemesis, Justin, is almost 600-lbs. Though the brothers can’t stand each other, their father packs up the family to travel across the country to seek help, desperate to save both his sons’ lives.” And how true it is, the brothers could barely stay in the same room with each other for a few minutes without bickering or starting a conflict.

The Assanti brothers starting giving food a lot of priority in their life when they found comfort in it after a traumatic childhood. Their alcoholic mother neglected them as little kids, and when she finally abandoned them later on, the brothers had to take care of themselves and live in just each other’s company for a while before their father eventually found out and started taking care of them. But still, the damage was done, and the brothers couldn’t kick their bad habits.

Steven and Justin became one of the most prominent subjects of the series due to the elder brother’s horrific behavior. Not only did Steven continuously break Dr. Now’s diet plan, but he also used to throw tantrums and try to manipulate others to feed his painkiller addiction, so much so, that Dr. Now had to kick him off his program for a while and send him to rehab.

Despite everything, after a lot of effort and ups and downs, fortunately, both Steven and Justin were able to lose enough weight on their own to get approval for the weight loss surgery. Ever since then, they have continued to shed their weight and have been working hard to keep up with a healthy and fit lifestyle. Wondering what they’re up to now? Keep scrolling!

Where Are Steven and Justin Assanti Now?

While Steven doesn’t have much of a social media presence, we do know that he did get married to Stephanie Sanger (now Assanti) in Iowa in 2018. And from her Facebook profile and the images she shares of her and her husband, it’s evident that Steven is still strong about maintaining his weight loss and is happy to have found love with someone who accepts him as who he is.

Justin, on the other hand, is much more active on social media and has a public Facebook profile, where he keeps fans updated about his progress as well as a Reddit account where he answers a lot of fan questions. According to his Facebook, he has moved back to his hometown, Cranston, in Rhode Island and is thriving there without the shadow of his elder brother.

On his Reddit, when a fan asked him about his brother, Justin replied that he hasn’t bothered with them much ever since he got married. Having been a victim of Steven’s bullying ever since he was a kid, it seems like Justin is not too bothered about the fact that he has minimal contact with him. Along with this, Justin also revealed that he has lost over 200 lbs since he has left the show and that the business he started, Hobby Haven, is blooming.

Read More: Where Is Brianne Dias From My 600-lb Life?