Steven Gibson Sr.’s Murder: How Did He Die? Who Killed Him? 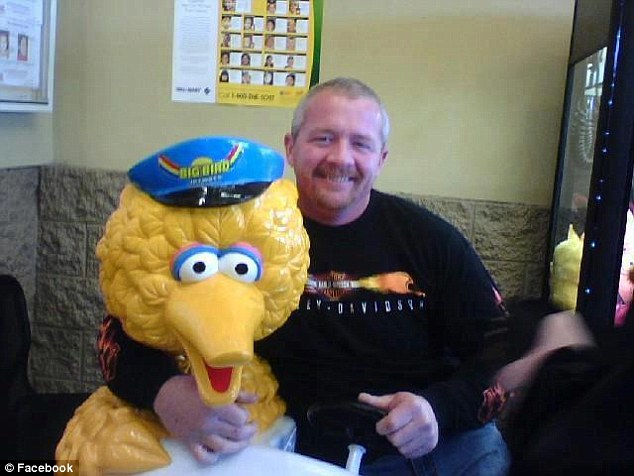 Investigation Discovery’s ‘Til Death Do Us Part: Behind Closed Doors,’ in true ID fashion, is an hour-long episode that follows the story of a couple whose sour relationship ends with a certainty that no one could have ever imagined or expected. As the synopsis says, “To most people, teenage sweethearts Steven and Michelle Gibson seem to be happily married. They have four children and live a fun and adventurous life together. But the couple is harboring a dark secret — one that will tear the family apart.” So now, if you’re here curious to know all the details of Steven Gibson’s case, you’ve come to the right place.

How Did Steven Gibson Sr. Die?

On March 1, 2013, Michelle Gibson, frantic and sobbing, called 911, begging the operator to send help as soon as possible because her husband, Steven Gibson Sr., 39, was lying in the garage in a pool of his own blood. He was cold and unbreathing. When the dispatcher asked if Michelle knew what had happened to him, all she said was no, just that it looked like he had been murdered. Once the officers arrived at the scene and started questioning Michelle about Steven, though, she gave strange answers, apparently distraught by what had happened.

However, the investigators continued on with their process as nothing changed the fact that someone had brutally murdered Steven. After all, his head had been beaten in with a baseball bat, he was stabbed at least thrice in the chest, and his throat had been slit open and left to bleed out as well. Fortunately, thanks to the evidence left around the crime scene, which was the Gibson residence itself, where Steven was asleep at the time he was attacked, and some confessions, it didn’t take too long for the investigators to close his murder case for once and for all.

Later that same night, when investigators were putting tape around the crime scene, Erik McBee, 16, friends with Steven Gibson Jr., the victim’s son, turned himself in to the authorities, claiming that he had committed the crime all by himself. Within the following month, though, Michelle Gibson, Steven Gibson Jr., Alysa Gibson, and Karen Molina-Pompa were all arrested and charged in connection to Steven Sr.’s murder as well. Investigators had discovered that Michelle had been plotting with her children and their two friends to have her husband killed for at least a week before it actually transpired.

Michelle had offered Erik and the other teen $2,000 to carry out the slaying, but the latter left before anything went down and did not return. Michelle had given them a handgun with the serial numbers scratched off as the original plan was to subdue Steven Sr. with chloroform, take him to a park, shoot him, and then scatter pills around his body to make it look like a drug deal gone wrong. But as Erik and Steven Jr. were left alone, that is not what ensued. On March 1, 2017, while Michelle and her daughter Alysa went shopping to create an alibi for themselves, Steven Jr. and Erik did the dirty work for the family.

Erik McBee approached Steven Sr. as he slept upstairs on his bed and struck him several times with a baseball bat before going back downstairs. Upon his return, he saw Steven Sr. awake and holding his head, so he hit him again. And then, Steven Jr. appeared with a knife and stabbed his father multiple times. Ultimately, Erik ended the struggle by slitting his throat. The two teenagers then moved Steven Sr.’s body to the garage and began destroying evidence. Upon Michelle’s return, they decided not to move the body elsewhere, and she dialed 911. In the end, they were all tried and convicted for murder.

Michelle later admitted that she orchestrated the whole thing because her husband was a domestic abuser and that she was afraid for her own life. In fact, Steven Sr. was facing aggravated assault charges at the time of his death. But again, it did not diminish the crime that they had all committed. Therefore, Karen Molina-Pompa received a one year sentence for her role in the murder, and Erik pleaded guilty to second-degree murder and abandoning or concealing a dead body, receiving a 16-year sentence. He also agreed to testify against Michelle. Alysa, it seems like, was sentenced to spend 5 years behind bars.