Where Are Michelle Gibson and Steven Gibson Jr. Now? 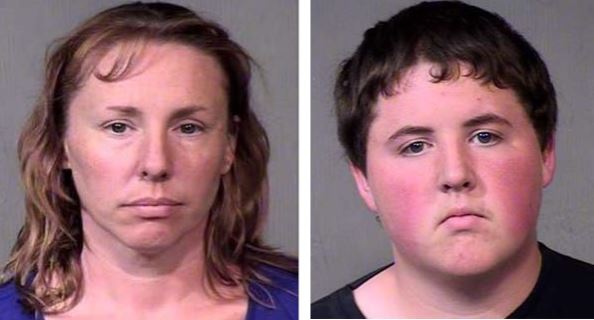 Investigation Discovery’s ‘Til Death Do Us Part: Behind Closed Doors’ examines the chilling murder of Steven Gibson Sr. and the subsequent investigations that led to the unraveling of family secrets, betrayal, and so much more. As the episode takes us to Peoria, Arizona, to investigate this case, we see precisely how Steven’s wife, Michelle Gibson, enlisted the help of two of her children, Steven Jr. and Alysa, along with two of their friends, to ruthlessly kill the family patriarch. So now, if you want to know more about where Michelle and Steven Jr. are now, we’ve got you covered.

Who Are Michelle Gibson and Steven Gibson Jr.?

Michelle Gibson and Steven Gibson Jr. are both convicted felons for having a hand in Steven Gibson Sr.’s murder. Michelle and the patriarch had first met when they were just teenagers, tying the knot soon after graduating high school. But then, once years went by, and they had their four children, their relationship turned sour and crumbled apart. So much so that Steven Sr. apparently even became violent towards his wife. This claim is backed by court records, which reveal that Michelle had accused her husband of domestic abuse and that he was facing aggravated assault charges at the time of his death.

Steven Gibson Jr., on the other hand, is said to be the “collateral damage for his parents’ failed and abusive marriage.” After all, while his mother orchestrated the plan to kill his father, it was he and his friend, Erik, who were left behind to do the dirty work. On March 1, 2017, Steven Jr. used a knife on his father and then thought of ways to dispose of not only his body but also the evidence. Then it was Steven Jr. who mourned his father’s death, all the while knowing exactly who commissioned it. And it was Steven Jr., who, as a teenager, was tried as an adult for murder, all because of his parents’ relationship.

Where Are Michelle Gibson and Steven Gibson Jr. Now?

Initially, both Michelle and Steven Jr. pleaded not guilty to the murder charges against them, meaning that they had to stand trial and listen to both the prosecutors and the witnesses make implicating statements against them in front of a 12-member jury in the court of law. But Steven later changed his mind and pleaded guilty to the charge of second-degree murder. In August of 2014, he was sentenced to 22 years in prison for his participation in the crime. 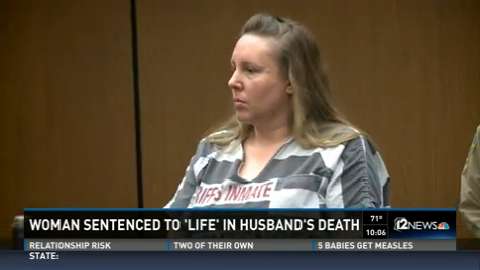 Michelle, on the other hand, faced trial. There, the prosecutors made the case that she wanted her husband dead so that she could pursue other relationships. This claim was backed by the investigators’ discovery of Michelle having signed up for various online dating sites as a “widow/widower” four months before her husband actually passed away. Therefore, Michelle Gibson was convicted of first-degree murder and conspiracy to commit first-degree murder.

Today, according to the Arizona Department of Corrections records, Steven Jr. is incarcerated at the Arizona State Prison Complex – Florence, in the East Unit, where he will remain until March 23, 2035. After that, he will spend three years on probation. His mother, Michelle, though, is serving out her sentence at the Arizona State Prison Complex – Perryville, in the Santa Cruz Unit, where she will remain for the rest of her natural life, without the possibility of parole.