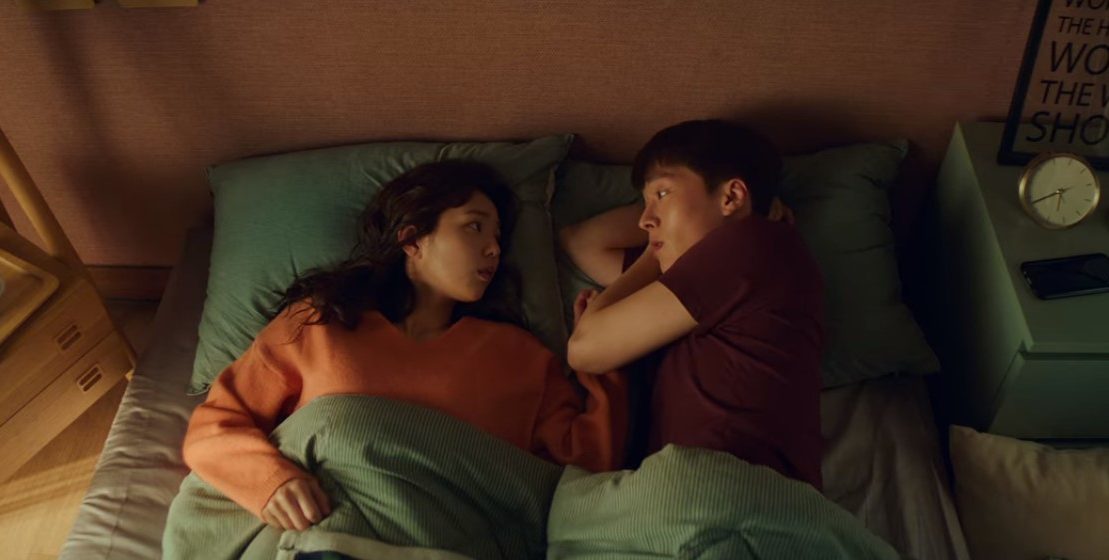 ‘Sweet and Sour’ is a South Korean romantic film directed by Kae-Byeok Lee. It is an adaptation of Kurumi Inui’s novel ‘Initiation Love’ and tells the story of a young couple and the challenges they face while trying to make their long-distance relationship work. It stars Jang Ki-Yong, Chae Soo-bin, and Krystal Jung in the lead roles.

The film is a breath of fresh air in a done-to-death genre and delivers a shocking, twist ending that is uncommon for movies of the genre. The ending of the thoughtful and enticing relationship drama has left the audience baffled. If you are looking for more insight into the movie’s closing moments, we can certainly provide some. So let’s dig into it! SPOILERS AHEAD!

‘Sweet and Sour’ opens with a Hepatitis B patient, Jang-hyuk, being admitted into a hospital. After his family and friends distance themselves from him, he is cared for by the hospital nurse Da-eun. He slowly starts to recover while striking a friendship with an overworked Da-eun. Soon, he is discharged and realizes he likes Da-eun. He gets her number from the hospital, and she invites him over. The two spend the night together. The next morning, he fixes the flickering light bulb in Da-eun’s apartment and cooks her breakfast. Da-eun is touched by Jang-hyuk’s kindness. 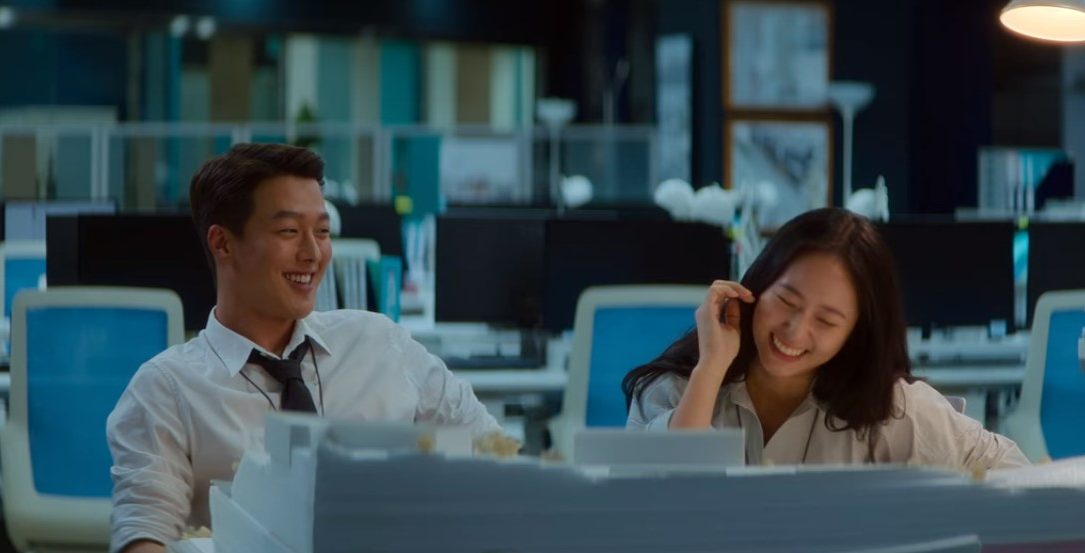 Soon, romance begins to blossom between the two, and Da-eun asks Jang-hyuk to accompany her on a Christmas trip to Jeju, to which he agrees. Da-eun gifts him a pair of sneakers, and he commits to losing weight. Some time passes, and a slim Jang-hyuk is assigned a contract job at a bigger corporate firm in Seoul away from his home in Incheon.

The long working hours, commute, and competition with his new co-worker Bo-young lead to him neglecting Da-eun. Da-eun reveals she is pregnant but decides to get an abortion and hides this from Jang-hyuk. After a fight, the couple completely drifts apart. The climax deals with the messy fallout of their relationship, and the audience learns whether or not the couple gets back together.

Sweet and Sour Ending: Who is the Other Jang-hyuk?

During his time in Seoul, Jang-hyuk meets — and eventually becomes attracted to — his competitive co-worker, Bo-young, and spends more time with her. After his fight with Da-eun, he kisses Bo-young and begins to ignore Da-eun. When Da-eun texts him to know if she should cancel their tickets to Jeju, Jang-hyuk tells her she can go with someone else if she wants. However, by the climax, Jang-hyuk realizes he still loves Da-eun after hearing the mention of Jeju at his office’s annual party. 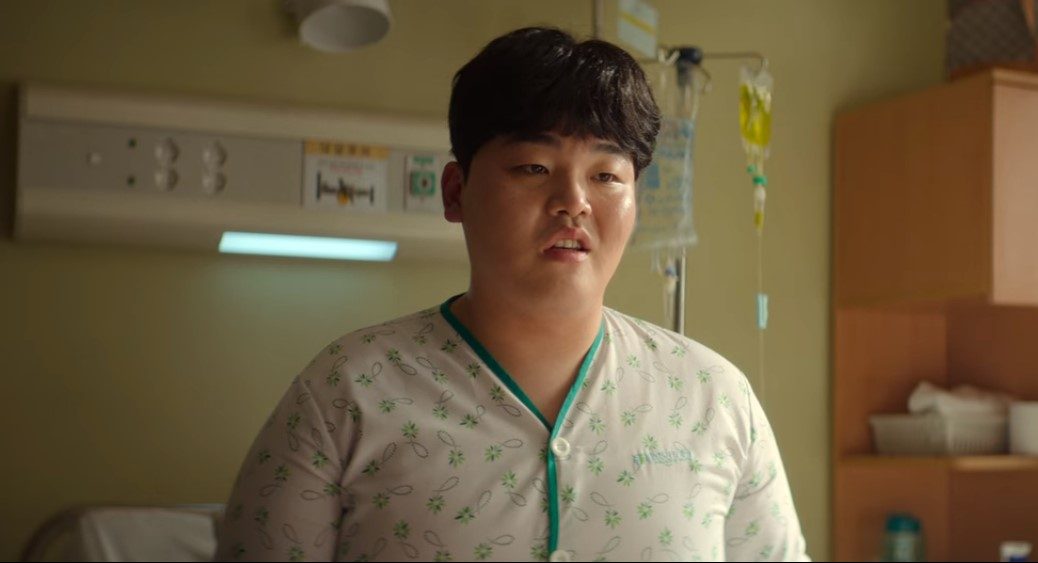 There are certainly some clues earlier in the movie that point to the fact that the person Da-eun is dating isn’t the same as the person she met at the hospital. While both share the same name and profession, Lee Jang-hyuk is a computer engineer, while it is hinted that Jang-hyuk is a structural engineer. Most of the differences in their personalities become obvious only when Jang-hyuk begins to drift away from his girlfriend, so the writers have done a great job of masking the big reveal. It is ultimately these differences that make us realize why, despite the similarities between the two men, Da-eun chooses to be with Lee Jang-hyuk. The movie ends with Da-eun going on the trip with Lee Jang-hyuk, leaving Jang-hyuk gutted, which brings us to the next point.

After realizing that Lee Jang-hyuk and Jang-hyuk are two different people, the entire timeline of events unravels before our eyes as we realize that both Jang-hyuk and Da-eun were seeking comfort in other people while going through a difficult period in their relationships. This twist forces the audience to rethink the couple’s relationship.

While it seems like Jang-hyuk’s attraction towards Bo-young is at the root of his relationship problems with Da-eun, she is also somewhat at fault. It adds a subtext that is perhaps a commentary on the volatility of modern relationships. Without getting too heavy-handed, the film subtly points out the need for companionship and comfort today’s emerging adults face while navigating the difficulties at their demanding jobs. 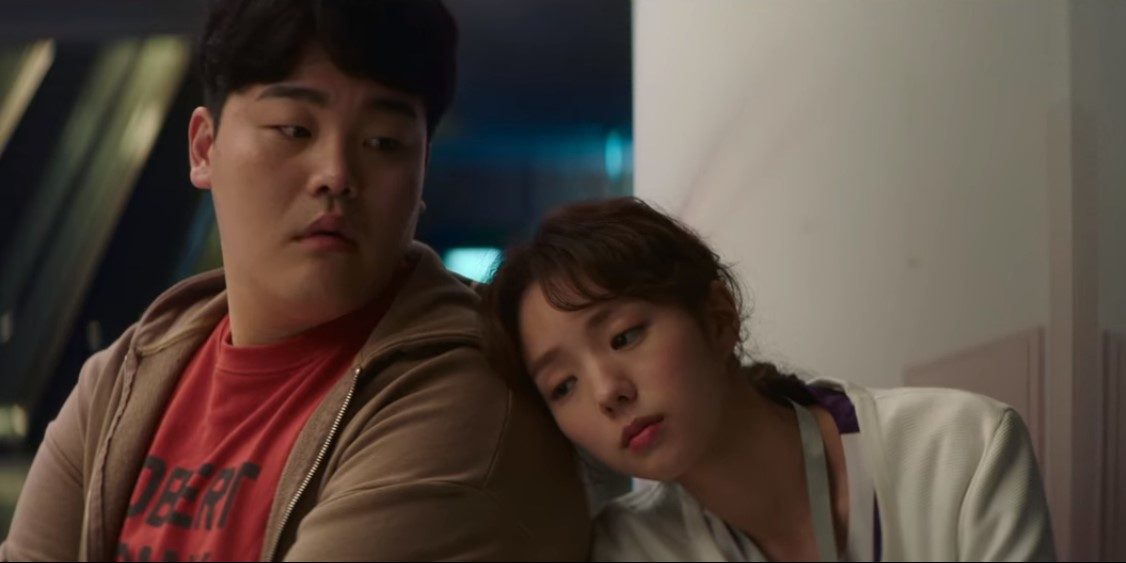 What goes understated is that the more time she spends with the caring and thoughtful Lee Jang-hyuk, the more Da-eun realizes her boyfriend’s shortcomings. While there is nothing wrong with seeking companionship, Da-eun makes some questionable choices (for example: kissing Lee Jang-hyuk) given the fact that she is in a committed relationship.

Despite both being at fault for their relationship’s breakdown, Da-eun gets a sweet ending, while Jang-hyuk gets a sour one. In the final scene (disguised as a mid-credits scene), Jang-hyuk returns to his office party. Bo-young reveals that she won the trip to Jeju and asks Jang-hyuk to come with her. Jang-hyuk proposes to her, but she shuts him down, telling him that she isn’t quite there just yet. The harsh moment adds insult to injury for the already heartbroken Jang-hyuk. 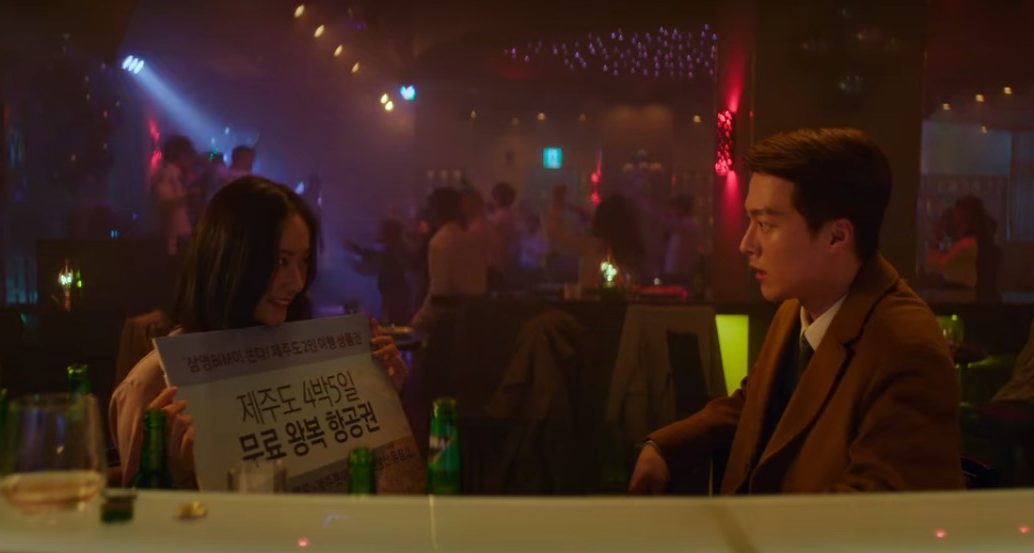 How and where did it all go wrong for poor Jang-hyuk? Although the movie hints that Jang-hyuk’s sour ending is a classic case of karma, we do not think he deserves to be left heartbroken, especially after Da-eun’s unfaithfulness comes to light. However, though we sympathize with Jang-hyuk, he certainly only has himself to blame. Not only does Jang-hyuk misread the needs of his partner, but he also changes his mind about who he loves twice in the same night.

Jang-hyuk’s actions in the film have a shade of selfishness, and his caring side only comes out as per his own convenience. There’s a fine line between selfish and self-serving that the character treads, making his ending even sadder. There’s certainly a lesson to be learned for young folks in the contrasting fates of Da-eun and Jang-hyuk.

Why Did Da-eun Lie About Her Pregnancy?

During their big argument scene, Da-eun reveals to Jang-hyuk that she got an abortion. However, we never see her actually get an abortion. In the fuzzy rewind sequence, we see the doctor explain the various precautions that Da-eun needs to take for her baby’s well-being. This explains why she gives up smoking, her increased appetite, and her constant tiredness and need for naps.

In the end, she asks Lee Jang-hyuk to carry a heavy suitcase for her. This scene makes it pretty obvious that Da-eun didn’t actually get an abortion. Not only that, but it also suggests that Lee Jang-hyuk is aware of her pregnancy and has decided to raise the baby with Da-eun. It is likely that Da-eun lied to Jang-hyuk to see how he really feels about the baby. His reaction is another hint of his borderline selfishness and is enough to show Da-eun that she does not belong with Jang-hyuk. She instead decides to raise the baby with Lee Jang-hyuk, who is more caring and understanding of her needs.