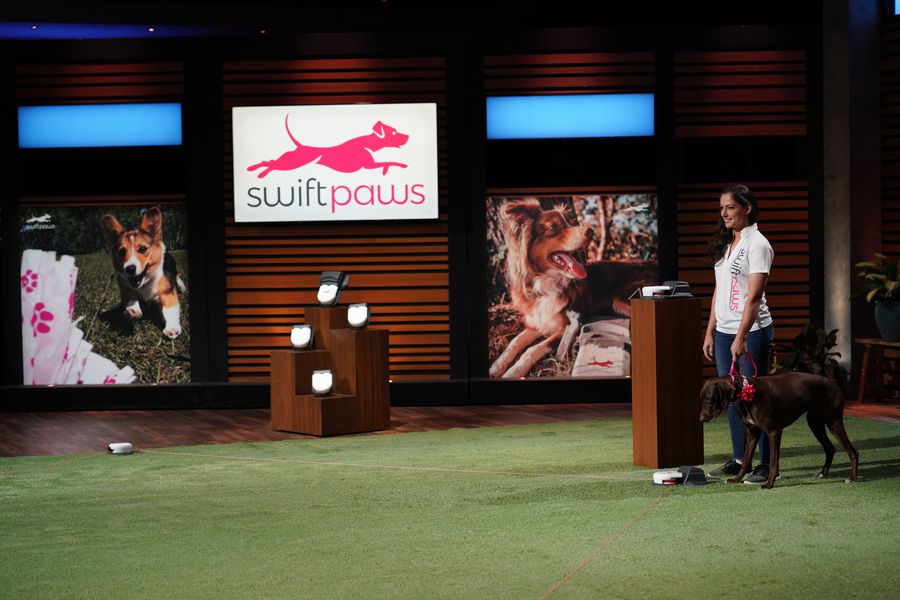 Meghan Wolfgram hoped for a life-changing investment from a Shark when she presented her product, SwiftPaws, on season 13 of ‘ Shark Tank.’ Described as an automated lure chasing course for animals – mainly for dogs – SwiftPaws provides a fun yet efficient way for them to exercise. The simple yet useful nature of the product managed to catch our eye, and we decided to find out more about it!

SwiftPaws: Who Are They and What Do They Do?

The founder of SwiftPaws, Meghan Wolfgram, completed her education at DePauw University in 2011. While studying, she briefly worked as a Finance Intern for BCR Environmental. Although she immediately set about establishing and running Swift Paws soon after her graduation, Meghan has solid experience in working with nonprofit organizations. She also has exceptional skills in event management and public speaking.

The idea of SwiftPaws came to Meghan when she was searching for a fun activity she could engage in with her dog. While researching the matter, the DePauw University alum learned about lure coursing, an animal sport that has stayed relevant since ancient Egypt. But much to Meghan’s surprise, lure coursing clubs are rare to find in the United States, and she found it pretty inconvenient to travel to one far away. That was when she took her family’s help and built a homemade lure chasing course, which later provided the backbone for her successful business.

Although designing the SwiftPaws lure course was quite challenging, Meghan teamed up with animal trainers and behavior specialists in order to provide the best experience possible. She even went through numerous prototypes before coming up with the product that is sold today. The lure course comprises a remote-controlled central unit with a 300 feet line attached to it. The kit comes with three pulleys that mark the course’s corners and can be planted into the ground.

While the remote control helps regulate the speed of the course, the kit comes with a tote bag that makes it quite convenient to carry all the pieces around. Apart from being a safe and fun way for animals to exercise, setting up the whole course is quite easy. This makes SwiftPaws a fantastic choice for people who want a quick solution to ensure that the animals in their care get a healthy dose of exercise.

Where Is SwiftPaws Now?

When Meghan launched Swift Paws in July 2012, she focused more on commercial establishments, including animal shelters and zoos. In fact, her very first client was a Rochester-based animal search and rescue team. Encouraged by her initial success, Meghan decided to bring her invention to the everyday user and hence began a successful Kickstarter campaign before launching the home version in 2018. Additionally, she raised around $130,166 from an IndieGoGo campaign and attracted substantial investments from other investors.

At present, the SwiftPaws lure course is available on Amazon as well as the company’s official website. The basic product – Home Original – is priced at $449.99. You will also find bundles starting from $524.99 to the all-inclusive Home Plus bundle for $799.99. Furthermore, most SwiftPaws accessories are available as individual purchases with prices ranging from $ 9.99 and $59.99. SwiftPaws’ success can be credited to Meghan’s dedication and hard work. We hope the venture keeps touching new heights in the coming years.