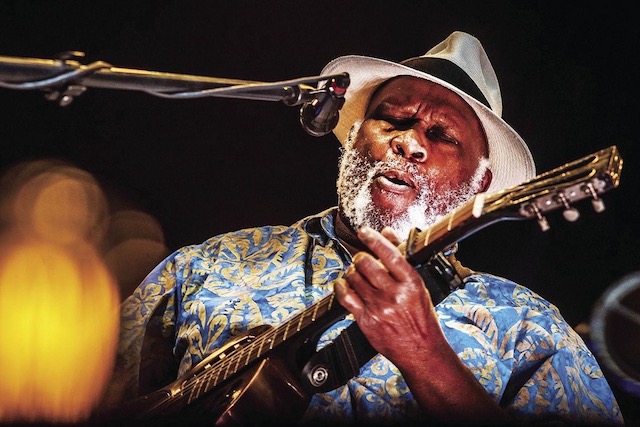 ‘Dating Around,’ the Netflix reality dating series just aired its new season, and with it, it gave us a lot more interesting people and interesting stories. Even though the basic concept of the series follows an individual on their journey to find love by going on five separate blind dates to the same bar and restaurant, what makes it addictive is the diverse cast members, their history, and their stories.

Episode 3 of season 2 introduced us to Deva Mahal, the strong and independent black woman who dated both men and women. During her dates, she revealed that she herself followed her fathers’ footsteps and is a musician. If you’re here because you’re wondering who he is, you’ve come to the right place. Here’s everything we know about Taj Mahal.

Who Is Taj Mahal?

Henry Saint Clair Fredericks – born May 17, 1942, in Harlem, New York – grew up in Springfield, Massachusetts. He was raised in a musical surrounding, always having music played at home and meeting other artists. The reason for that? His mother was a member of a local gospel choir and his father was an Afro-Caribbean jazz arranger and piano player. His parents even owned a shortwave radio which received music broadcasts from around the world.

Because of his familial background and his upbringing, he became interested in African music and studied it assiduously. Even after his father died when he was 11 and his mother remarried, Taj Mahal never gave up on his music. His step-father supported him as well, owning a guitar and letting him use it from time to time. The name Taj Mahal came to him in a dream, so he started using it as a stage name.

After graduating from the University of Massachusetts, Amherst, Taj Mahal played in folk clubs until he moved to California in 1965. There he teamed up with Ry Cooder and Jessie Lee Kincaid to form the band Rising Sons. It was one of the first interracial bands of the period, which was one of the reasons that they were commercially unviable. Returning to being a solo artist, he released his first album, “Taj Mahal,” in 1968.

This and his other albums which were released during the next several years – notably “Giant Step/De Ole Folks at Home” (1969) and “Recycling the Blues and Other Related Stuff” (1972) – featured blues songs infused with ragtime, reggae, gospel, and other sounds. With more than 30 studio albums over the course of more than 50 years, Taj Mahal has incorporated elements of world music into his works and has become a legend by helping in redefining the definition of blues music by incorporating it with nontraditional forms.

The American blues musician, singer-songwriter, and film composer would frequently include electric instruments, tubas, steel drums, and exotic instruments like the kalimba (thumb piano) on his recordings, often in unexpected yet brilliant combinations. He has rightly received Grammy Awards for the Best Contemporary Blues Album for “Señor Blues” (1997), “Shoutin’ in Key” (2000), and “TajMo” (2017), his duet album with Keb’ Mo.’

At the age of 78, Taj Mahal has had a long-lasting career that is active to this date. Living in Harlem, New York, the artist is still very much a part of the music industry by contributing his works to films and movies and still releasing new albums, with his latest one being in 2017. Although we don’t have any information regarding his income or his assets, we can safely assume that his estimated net worth as of 2020 is close to $5 million. (Featured Image Credit: Taj Mahal / Facebook)

Read More: When Will Dating Around Season 3 Release on Netflix?