Tammy Patton My 600 lb Update: Where is She Today?

TLC’s long-running show ‘My 600-lb Life’ has, over the years, followed several morbidly obese individuals in their inspirational journeys of weight reduction. They generally weigh around or over 600 pounds, and try to generate healthy changes in their lives with the help of the show. In this process, they receive assistance and guidance from the renowned bariatric surgeon, Dr. Younan Nowzaradan, popularly known as Dr. Now. He provides them with personalized diet and exercise treatment plans for a natural weight loss process, before taking the route of surgery upon medical approval.

The reality show debuted in 2012, intending to help such people, and it has, over its 10 seasons, given life-altering opportunities to many resilient patients. There are some who struggle in this path of transformation, while some find their way through it and strive for glory. One such cast member was Tammy Patton, who joined the show in season 9, episode 12. Tammy had an interesting and bumpy journey, which is why, now, her fans wonder about her current whereabouts. If you’re curious to know where she is now too, here’s everything we found out!

When Tammy Patton appeared in season 9 in 2021, she admitted to feeling trapped in her over-600-pound body. She was a 41-year-old grandmother who had her mother, Pauline, and her two daughters, 21-year-old Serenitti and 19-year-old Alize, live with her, to help her with everyday tasks. She could barely get up from her bed and clean herself up on her own, and only did it out of embarrassment from her family. Tammy was addicted to food to the point where even if she knew it was harming her, she couldn’t stop.

Her addiction began when she was a 9-year-old kid, having to move to Texas from California, with her mother and brother. Although she belonged to a happy family, it all went downhill after her family suffered financial turmoil and her father ended up being addicted to drugs. However, after the shift, Tammy could not adjust to her new environment and the separation from her father and home. Thus, for her, eating more and more was the only way of numbing down her pain and loneliness.

Even after weighing 150 pounds at age 10, neither Tammy nor her mother realized her problem. The latter, in fact, admitted to contributing to her daughter’s addiction just to make her happy. As Tammy kept eating without any diet and gaining weight, she weighed more than 300 pounds when she graduated high school. She then went out of Texas to join college, but got homesick and returned home, only to find that her mother also had a drug addiction. She further turned to food for escape and weighed over 350 pounds by age 19.

However, soon after she met Victor Greer, Tammy’s life was changing for the better, as it became stable and they had three children, the firstborn being their son, and then their daughters Serenitti and Alize. Unfortunately, their relationship didn’t last, and they broke up, and Victor only remained in touch with his children. But in a shocking incident, Victor was stabbed to death by his then-girlfriend, out of jealousy, as she suspected he might get back together with Tammy.

She, once again, felt all alone as a 22-year-old single mother, and bottled her emotions with food. She continued to live her life with her food addiction growing more and more, as, by the time of joining the show, she weighed 594 pounds. Once, she understood that she didn’t want to depend on others any longer, and wished to attend to her grandchildren like every grandmother, she made her way to Dr. Now in Houston. 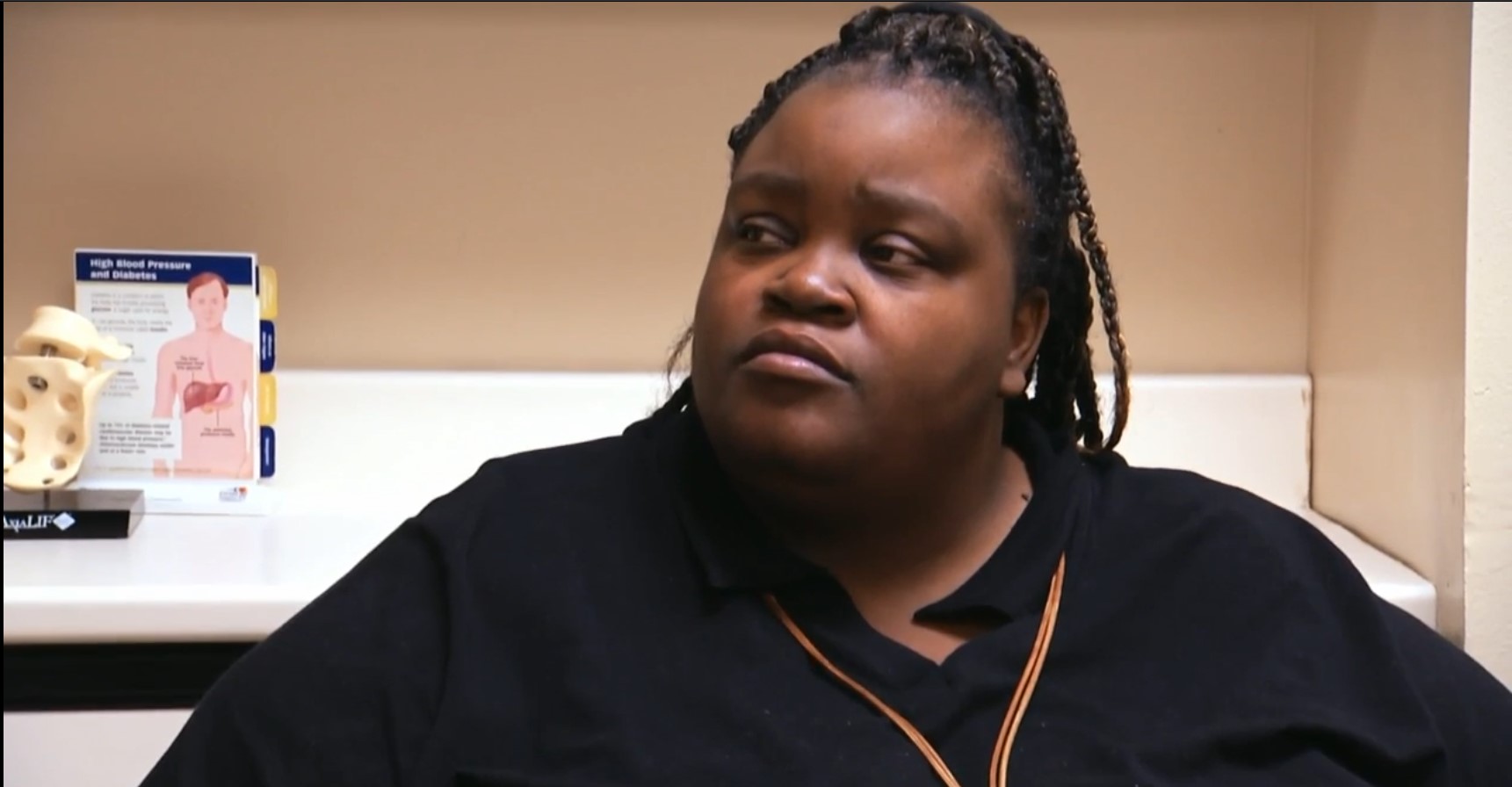 Tammy had a bumpy journey even in her time on the show. She was initially given the goal to lose 60 pounds in two months, and she took a serious approach to proceed with the diet and exercises diligently. When she measured her changes on her at-home specialty scale, she only lost 19 pounds in a month and thus asked for some extra time from Dr. Now. Next, when she visited for her follow-up check-up, after four months, she lost 44 pounds and weighed 550 pounds. 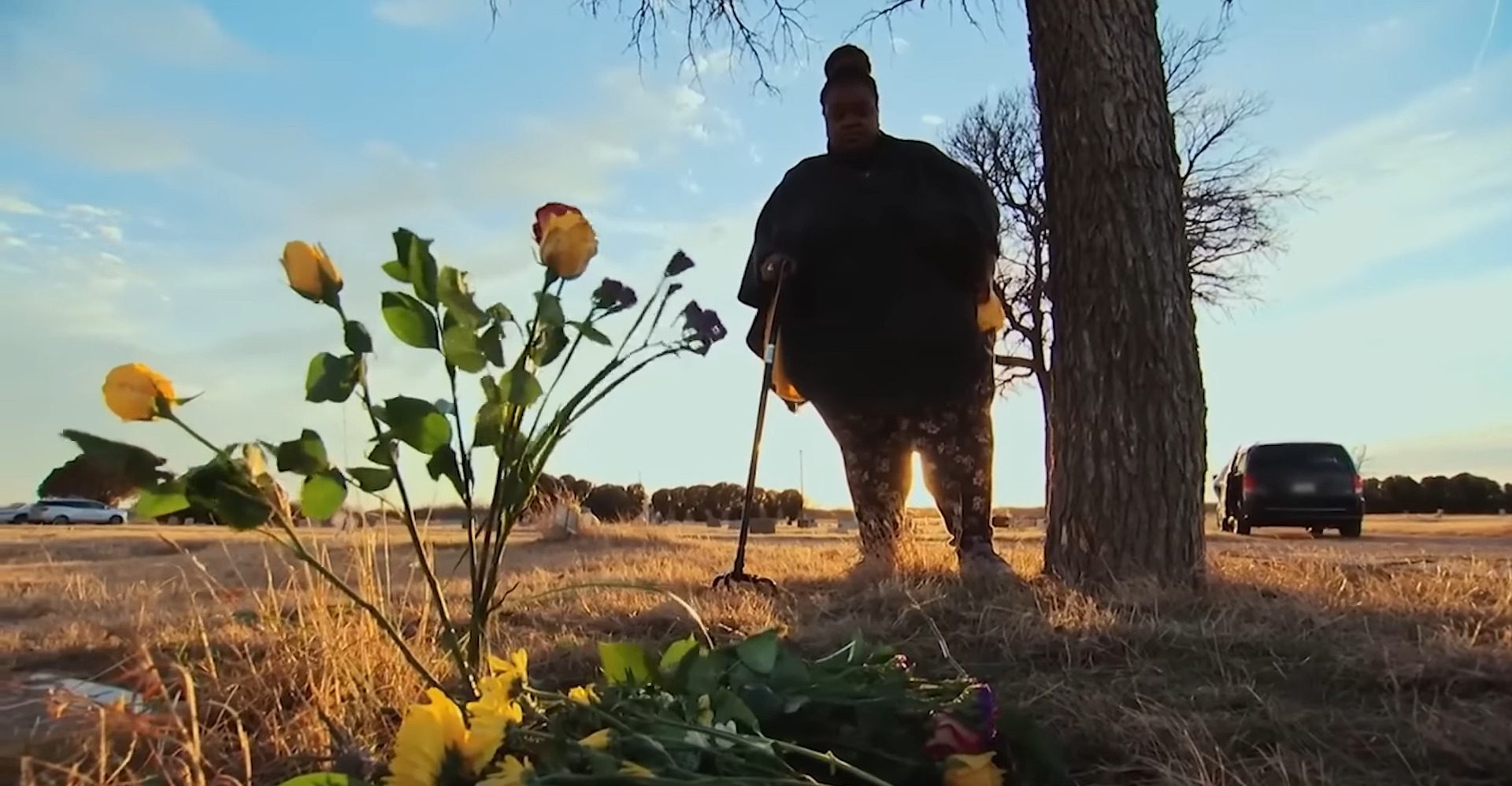 Since that wasn’t enough, Dr. Now asked her to lose another 40 pounds in two months to qualify for bariatric surgery. Tammy was also instructed to see a psychologist, who helped her heal emotionally by encouraging her to visit Victor’s grave and process his death. Then, as the COVID-19 pandemic hit the world, Tammy’s progress also became slow and she could not lose any weight around that time.

However, once visiting Dr. Now after a few months, she gained back her courage and put a resilient effort to lose enough weight to be eligible for surgery. She began weighing her food intake and kept a regular pace with her exercises and finally managed to lose 126 pounds and weighed 468 pounds by the end of her episode.

Where is Tammy Patton Today?

As Dr. Now was very impressed with Tammy’s progress thereafter, he had scheduled her gastric bypass surgery soon to help her lose more weight quickly. However, due to some insurance issues and financial constraints, Tammy could not shift to Houston to get her surgery. So then, Tammy shifted focus to getting knee surgery, since one of her knees was in poor condition because of a previous untreated accident. She was also working hard to lose weight on her own, and was going strong in it as well.

However, since Tammy still weighed more than 400 pounds, her orthopedic surgeon advised her to get the weight loss surgery, to first reduce her excess weight, and be able to walk on her own. Therefore, she decided to consult a doctor nearer to her place in the Dallas area, and finally scheduled to undergo the surgery in February 2022. Tammy successfully got her bariatric surgery and got under 300 pounds. She is very proud of her journey, even after the surgery, and often expresses her gratitude for the wonderful changes in her life.

Tammy keeps maintaining her weight as suggested by her doctors and now lives a healthy lifestyle as she always wanted. She regularly visits her doctor for follow-ups and also keeps her followers on social media updated about her life. She had also opened her YouTube channel, where she shared her story, journey, struggles, and her latest updates. However, she is no longer active on the platform and only shares her life on Facebook where she shares healthy eating tips, food recipes, motivational messages, and pictures with her family and friends.

Tammy can now freely move around and visit her grandchildren in different places whenever she wants and enjoys spending time with them, especially on special occasions. She is also a make-up and hair enthusiast and often changes her hairstyles as she likes. Tammy’s is an inspiring story, as she faced her fears and deepest griefs, and crossed many hurdles, to finally reach a healthy weight. It took her time, but she now has taken a major leap from what she was two years ago. As Tammy enjoys her life to the fullest with her entire loving family and supportive friends, we only wish for even more success and happiness in the years to come.