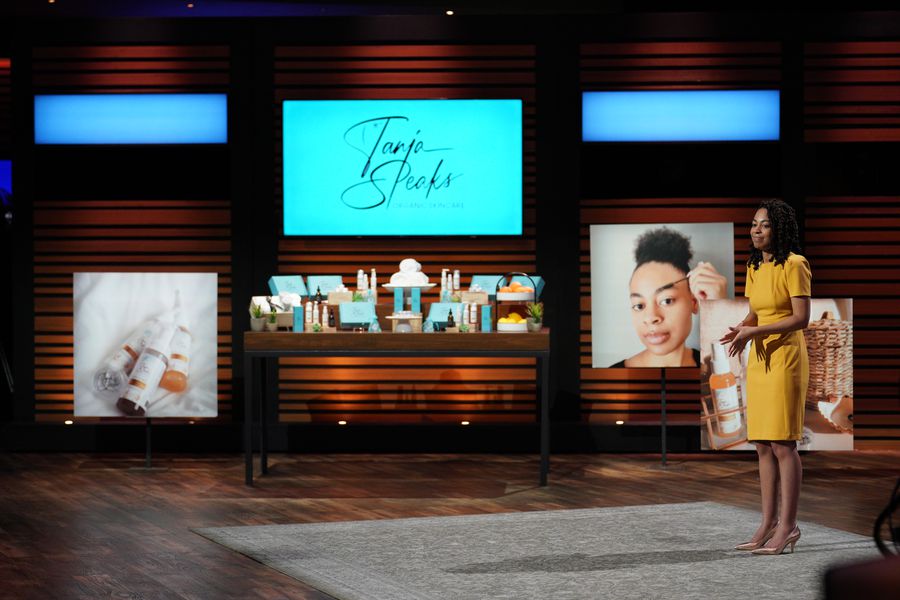 Tania Speaks appeared on ‘Shark Tank‘ season 13 episode 12 hoping the Sharks would want a piece of her skincare company, Tania Speaks Organic Skincare. An incredible entrepreneur who started the company when she was just 15, Tania Speaks’ skincare company sure warranted another look. Well, we did some digging into the company’s journey pre and post their presentation on the business-themed show, and here is what we found out!

Tania Speaks Organic Skincare: Who Are They and What Do They Do?

Listed as one of Time Magazine’s most influential teens of 2018, Tania Speaks was a high-school student when she started her company. Although she found immense success, Tania refused to neglect her education; thus, she enrolled herself at Hofstra University, where she is working towards earning a Bachelor’s Degree in Entrepreneurship. As per reports, when Tania was in high school, she had bushy eyebrows, which led to other students teasing and bullying her about it.

Determined to find a remedy, Tania tried numerous products, but none seemed to work. Instead, she began developing rashes from the chemicals in the beauty products, and in turn, had to face further ridicule. However, Tania is not one to give up. Hence, after spending months researching a cure for her issues, she came up with her first product — The Original Organic Eyebrow Gel. Made from a combination of Aloe Vera and vitamin E, the organic gel worked wonders, and Tania even began selling the product for spare change in her school.

Soon after, Tania realized that her invention had an untapped market and established her company, Brow Boost. She then developed an organic beard-growing solution called Beard Boost and began selling her products at different farmer’s markets and events. Gradually, with more products added to the catalog, Tania decided to change her company’s name to Tania Speaks Organic Skincare and advertised her products as being completely natural, without any of the harmful chemicals her competitors use.

Where Is Tania Speaks Now?

Interestingly, the very students who apparently ridiculed Tania became her first customers as they were impressed by the Original Organic Eyebrow Gel and began purchasing it from the young entrepreneur. The Beard Boost (from her men’s line) was also received quite favorably, and Tania began passing one milestone after the other on her way to the top. Unfortunately, with most of Tania’s business conducted through farmer’s markets and events, the COVID-19 pandemic put a complete stop to her progress.

Although her business took a huge hit, Tania decided to undertake a rebrand and launched a toner, moisturizer, and skin cleanser, which got her back into the spotlight. Besides, with the business now online, her customer base began expanding rapidly, and the company saw unprecedented growth. Apart from being featured in Forbes, Tania’s success has seen her getting mentions on publications like Time, Cosmopolitan, and Sheen Magazine, among others.

At present, all five of the young entrepreneur’s products can be bought on the official website and will set you back by $29.99 each. Besides, she even sells a skincare kit for $99.99, which can be customized for either men or women. It is outstanding to witness Tania Speaks’ success at such an early age, and we hope success never eludes her in the years ahead.