Where Is Tara Taylor From My 600-lb Life Now? 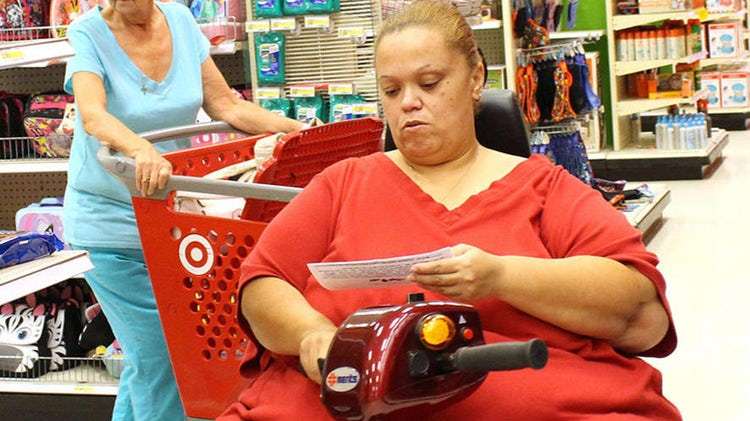 ‘My 600-lb Life’ is a TLC original series that follows obese individuals for a year as they try to lose most of their weight and get on a fitter level with the help and supervision of Dr. Now and his weight loss program in Houston, Texas. Watching these people share their past traumatic experiences with the world and then fight with their inner demons and addictions so as to live a brighter and longer life for themselves and their families, makes the whole series inspiring to no extent.

Each episode introduces us to a new individual, and while most of them have a happy ending to their story, i.e., they lose weight, in some cases, like in Tara Taylor’s, “happy ending” seems like an understatement because it’s all just a roller coaster ride. Curious? Read on!

Tara Taylor, a then 35-year-old was the subject of season 2 episode 8 of the series. Her official episode synopsis read: “Tara is a mother of 2 from Lafayette, LA. Addicted to food, she is too ashamed of her size to be seen with her kids, confining herself indoors. Seeking gastric bypass, Tara is committed to regaining her confidence & being a proud mother once more.”

In her episode, Tara revealed that she had been struggling with her weight her entire life, so much so that at that point, she had no confidence and no social life, which meant that her experience in traditional dating was also nil. Weighing 606 lbs, her episode documented how she struggled with walking, breathing, and her severe joint pain due to her massive frame. But, the last straw for her was when her weight started hindering her abilities to take care of her children.

Therefore, Tara packed her bags, left everything behind, and moved to Houston, Texas with her family to seek the help of Dr. Now. Initially, she had a bit of trouble adjusting to the new, healthier lifestyle, but after a bit of time, her attitude towards diet and exercise completely changed. So, she worked hard, lost weight, got herself the gastric bypass surgery, worked harder, and was able to lose an astounding 278 lbs by the end of her episode.

Where Is Tara Taylor Now?

Tara is back in Lafayette, Louisiana. In her first follow-up Where Are They Now? episode, in 2015, it was revealed that Tara was going on her first date with Eugene Perkins, a man she had known for over 14 years. Their date was documented for everyone to see and it was evident that two totally hit it off. At that time, she had said that she was giving him a chance because he was a “good man.”

However, she was wrong. The two dated for a while and even got engaged a couple of years ago, but as neither of them were in a rush to get married, they just remained blissfully engaged. But, earlier this year, Tara posted an update on her relationship which surprised and shocked everyone. Eugene had been two-timing her, using a dating app to meet up with other women! She didn’t say when or how she found out but it was clear that their relationship was over. Tara, although understandably furious about him cheating, didn’t seem like she was heartbroken over their breakup.

Now, Tara keeps her private life private. Last we knew about her weight loss journey, she was continuing down the fitness path and was focused on eating healthy and at moderate levels. Her motivation to be healthy has always been her kids, much more than her social or romantic life, so we doubt that her breakup has had a long-lasting effect on her weight. But, as she mostly just uploads images from the neck up, we have no way of knowing for sure.

Read More: Where Is June McCamey From My 600-lb Life Now?