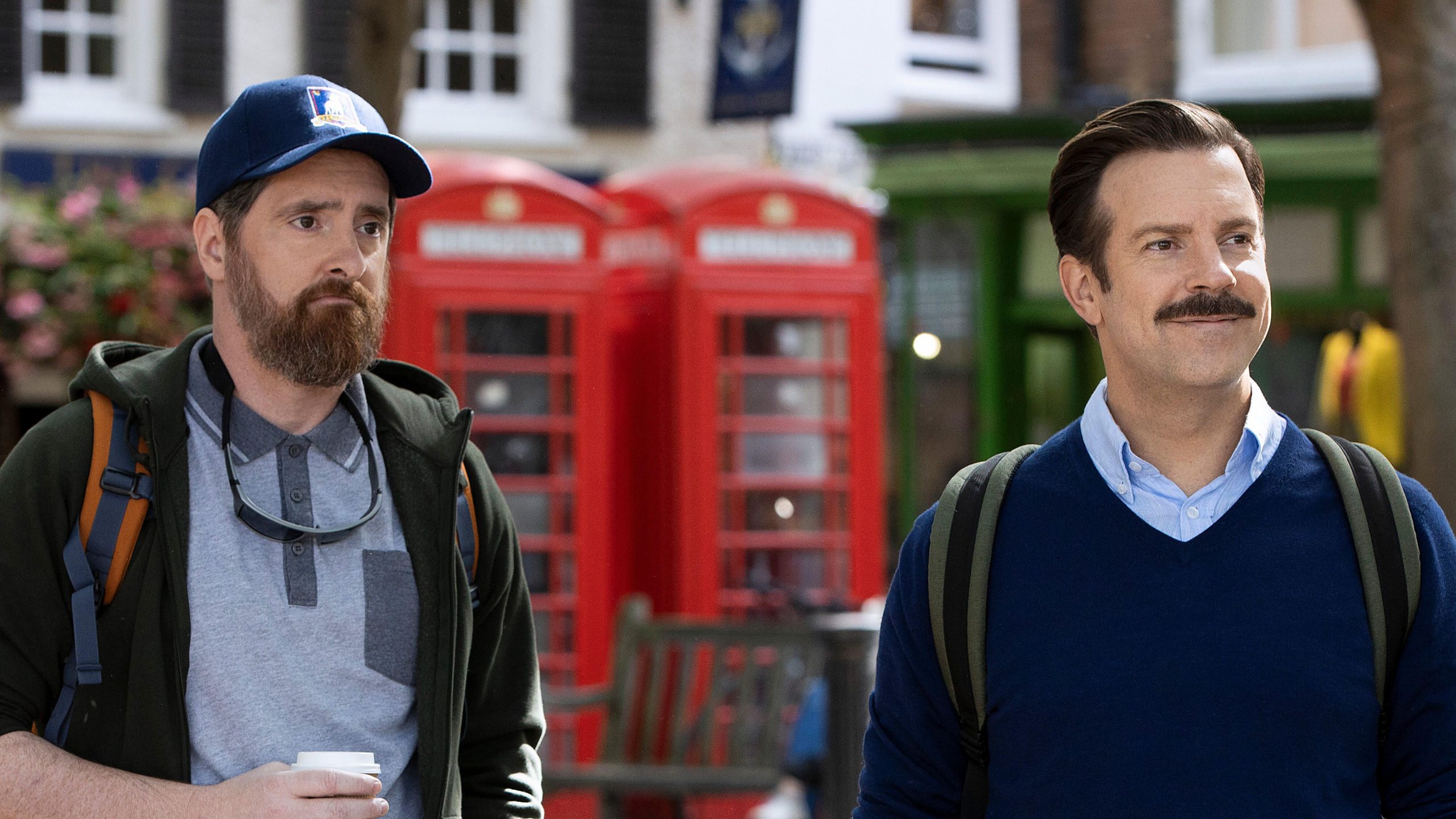 Jason Sudeikis stars as the titular character in ‘Ted Lasso.’ He is the always optimistic American football coach who is hired to manage the British soccer club AFC Richmond. The series follows his journey as he establishes himself despite his lack of experience, and helps lead the club to success as well. The sixth episode in the series is called ‘Two Aces,’ and you can catch it online, on Apple TV+.

Ted and his wife agree to divorce since things were not working out. Michelle, along with their son, had come to visit the new football manager in the U.K. She told him that she was not happy, and so he feels like this is the best step to take. At the beginning of the episode, a sad Ted Lasso takes off his wedding ring and puts it in a box. He also attempts to distract himself from this by burying himself in work.

AFC Richmond won their first match despite Lasso benching Jamie Tartt, their star player. Rebecca later informs the manager that Manchester City, the club that actually owns Jamie’s contract, wants to recall him if Ted plans to keep him on the bench. Lasso states that he doesn’t plan to keep Jamie off the field but he wishes to improve the player’s attitude. Ted heads back to his office and waits for Dani Rojas, the new player from Mexico.

Coach Beard also tells Ted that Jamie cannot practice because he is hurt. When Ted confronts Jamie about this, the latter responds by saying “it’s just practice.” This ticks off the manager, and he gives the franchise player a much-needed reality check in front of the whole team that puts Jamie’s ego in place. Ted also tells the player to put the cones in place on the field so that the reserve players can practice their drills.

Dani got injured immediately after his arrival in the previous season and so no one had ever seen him play before. But Coach Beard, Ted, and Nathan are pleasantly surprised to see that he is an excellent player who is also very passionate about football. Roy also tells an angry Jamie that Dani is very good, which only threatens the star player more. Later, Jamie and Dani do some drills on the field, and Ted is very thankful for having two ace players on his team. However, shortly after, Dani Rojas ends up injured again.

Nathan states that Dani had gone in the treatment room before, and Ted learns that everyone believes that the room is cursed. In an attempt to alleviate it, the manager calls his players to the pub and educates them on the history of football in the city. In 1914, posters had been put all around the city calling men to try out for AFC Richmond. However, in reality, there were recruiters present, who ended up enlisting 400 men for the war. Higgins then reveals that the men went to the club’s treatment room for their physicals, and the team states that they cannot fight 400 ghosts. Ted says that they will honor this ultimate sacrifice made in the past, and consequently, he asks the team to come to the clubhouse at midnight with something that they truly valued.

Jamie then meets with Keeley, and she tells him that he doesn’t need to fight people who are actually trying to help him. Sam also invites Rebecca to the event that night. The members give up something precious to them, and even Jamie participates. The night truly makes the team bond. Although this ritual is symbolic because Ted already knew that Dani had recovered, it is still important because the team is finally united. However, the next day, Ted finds out that Manchester City has recalled Jamie Tartt, and he is obviously not too happy about this.

The episode tackles some sad themes but through a comedic lens. The very first scene in the episode is Ted taking off his wedding ring, but the next day, he is just babbling about random things like bath bombs with his co-workers to distract himself. The humor is quite consistent with the previous episodes, and that is a great thing. The story does pick up quickly, and this is highly appreciated. Ted’s journey is one that could get quite monotonous very fast if he was not written as a dynamic character. Initially, it seemed as though he is just a big ball of optimism, but by the sixth episode, it is clear that his happy disposition is not to be mistaken for him being a pushover.

The only thing that was a little off-putting was that Dani Rojas mostly said “football is life” and kept singing his name over and over again. It made the character feel very one dimensional, and honestly speaking, after hearing it a couple of times, it was quite irksome. But apart from this, the episode does a great job of carrying forth the story, and all characters seem to only be improving as time goes on. The relationships between them really have the potential to grow as the narrative unfolds, especially the hilarious friendship between Keeley and Rebecca.