Teen Mom 2: Where Are They Now? Who Are Still Together? 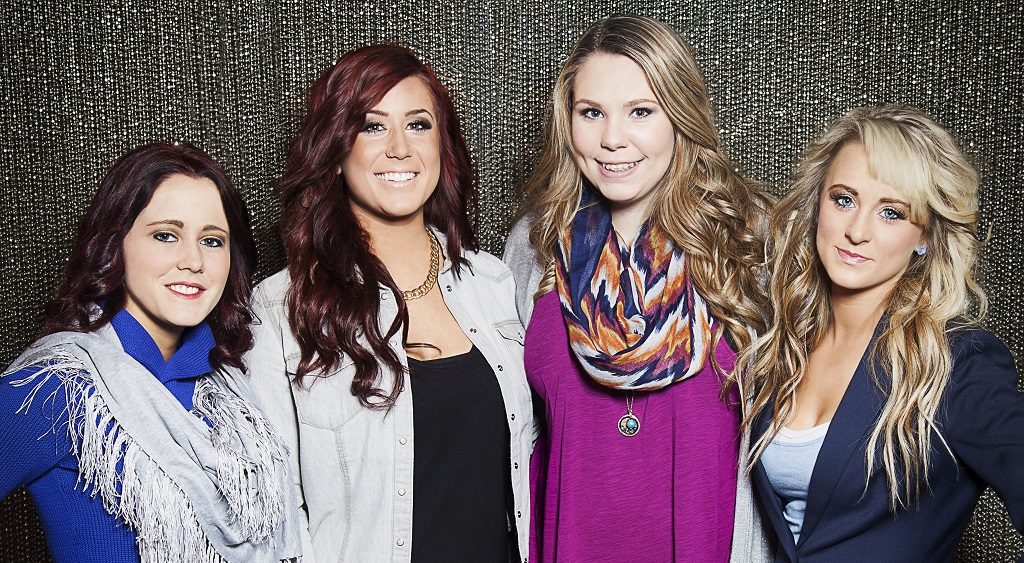 A spin-off aided by the success of ‘Teen Mom,’ MTV’s ‘Teen Mom 2′ shows how stressful and demanding parenthood can be for young mothers. Taking a sneak peek into their lives, the show follows a group of mothers as they navigate through relationship troubles, societal norms, and family issues, all the while facing the early challenges brought on by motherhood. Naturally, such an interesting premise is bound to raise curiosity around the reality stars’ lives, and thus, we decided to find out where the ‘Teen Mom 2’ cast is at present!

Where Is Jenelle Evans Now?

Jenelle Evans made her way onto the show as the mother of her son, Jace. Although Jace’s father was nowhere in the picture, her mother, Barbara, had full custody of her son, with Jenelle having limited visitation. In the years that followed, Jenelle was forced to navigate a tumultuous love life and faced several failed relationships. For starters, she married Courtland Rogers in 2012, and there were speculations about them having a child. However, months later, in January 2013, it was announced that the couple had split, and Jenelle reportedly had a miscarriage.

Subsequently, in June 2013, Jenelle began dating Nathan Griffith and moved in with him after a few months. Although the couple had frequent altercations, they were together for almost one and a half years and became parents to two children. The pair even got engaged in January 2015, but things weren’t meant to be. In August of the same year, the couple broke their engagement. Following a custody battle, the two agreed to have joint custody of their second child in January 2017.

A month after her breakup with Nathan, Jenelle began a relationship with David Eason before moving in with him and welcoming their first child in January 2017. They even got married in September of the same year, but the relationship soon soured as the couple was reportedly often involved in violent altercations. In 2019, Jenelle decided to leave David and even filed a restraining order against him. However, she later withdrew the restraining order and went back to David.

Surprisingly, the couple seems to be doing great at present, with the reality TV star mentioning that her relationship was finally peaceful. With David having two children from his previous marriage, the family appears to share a deep bond and love spending quality time together. Janelle even enjoys documenting their lives through social media and often posts beautiful family memories for her followers to witness.

However, the former teen mom revealed that she is living with fluid-filled cysts on her spinal cord, leading to pain, headache, and muscle weakness. Although she is trying her best to battle her health issues, Janelle asked her fans to pray for her quick recovery.

Where Is Chelsea DeBoer Now?

Appearing on the show as Aubree Skye Lind’s mother, Chelsea DeBoer, was working towards her General Educational Development course while dealing with the challenges of being a new parent. Unfortunately, her relationship with Aubree’s father was quite rocky, although she refused to give up on it. The TV show charted her journey as she finally obtained her GED and got herself enrolled in beauty school. Moreover, even with Aubree’s father wanting joint custody, Chelsea did her best to prevent such a ruling, ultimately convincing the courts to give her sole custody of her daughter.

Chelsea met and began dating Cole DeBoer in 2014, and by November 2015, the couple was already engaged. The pair exchanged marriage vows in October 2016, and since then, has built up a relationship based on love and trust. The couple is also proud parents to three adorable children, and their intimate familial bond is quite evident through the beautiful memories they share on social media. It is wonderful to witness Chelsea enjoying her married life after going through numerous rough patches in the past, and we would like to wish her the very best for the years to come.

Where Is Kailyn Lowry Now?

Kailyn Lowry and Jo Rivera welcomed their child, Isaac, into this world in 2010. However, with them being pretty young themselves, the pressure of parenthood proved to be too much to handle, and the pair often found themselves quarreling over the simplest of things. Ultimately, Kailyn moved out and even lived through a short-term romance with her co-worker before meeting Javi Marroquin. 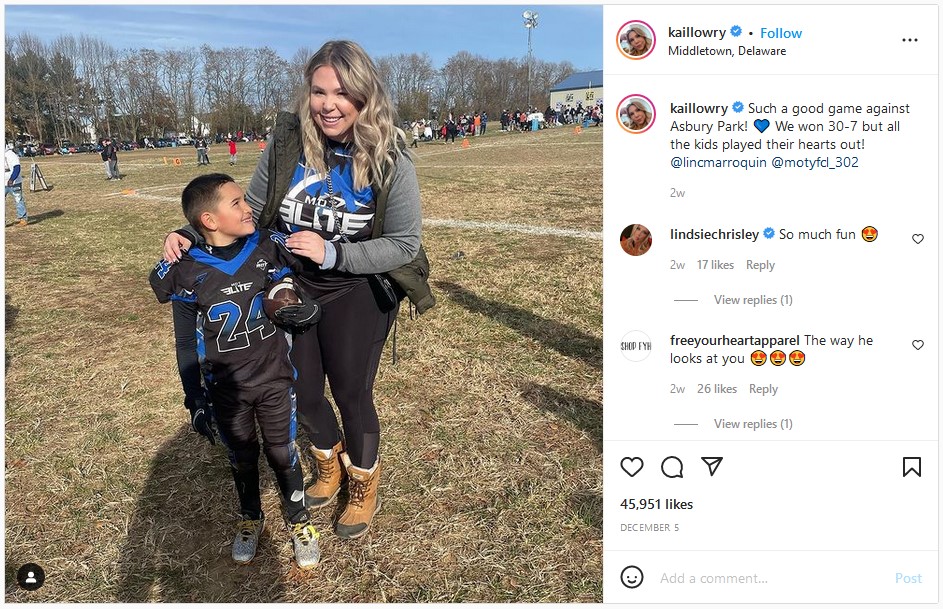 Javi and Kailyn tied the knot in September 2013 and became parents to their son, Lincoln Marshall Marroquin, in November of the same year. Nevertheless, their marriage did not last long, and within two years, the couple decided to split. Their divorce was finalized in 2017. Kailyn then went on to date her longtime friend, Chris Lopez, with whom she shares a 4-year-old son named Lux Russell and a 14-months-old son Romello Creed.

However, it seems like Kailyn has since broken up with Chris and is determined to raise her children on her own. Apart from being a loving mother, Kailyn now owns the KILLR podcast network and co-hosts the podcasts ‘Coffee Convos’ and ‘Baby Mamas No Drama.’ Additionally, she is also a New York Times bestselling author for her books ‘Pride Over Pity’ and ‘Love is Bubblegum.’

Where Is Leah Messer Now?

A mother to twins Ali and Gracie, Leah Messer was unsuccessful in salvaging her relationship with ex-husband Corey Simms. Subsequently, in 2011, she met and began dating Jeremy Calvert, whom she later went on to marry in 2012. By 2013, the couple welcomed their daughter, Addie, and seemed quite content with each together. Although their marriage appeared happy, cracks soon began appearing in the relationship, and by 2015, Jeremy and Leah finalized their divorce, with the latter getting full custody of their child.

Following her divorce from Jeremy, Leah dated Jason Jordan in 2018. However, their relationship was relatively short-lived, and they went their separate ways soon after. At present, Leah has embraced her motherly duties and has been bringing her children up independently. It is terrific to witness the bond she shares with her children as she loves documenting her journey as a mother on social media. Moreover, Leah is now in a happy relationship with Jaylan Mobley, who even appears to be quite close to Leah’s children.

Where Is Briana DeJesus Now?

Originally belonging to the ‘Teen Mom 3’ cast, Briana DeJesus and her ex-boyfriend DeVoin Austin II welcomed their daughter, Nova Star DeJesus, in 2011. However, Briana and DeVoin grew distant over time and decided it would be best to go their separate ways. In July 2017, Briana and her then-partner, Luis Hernández, became parents to their daughter, Stella Star, and seemed to look forward to a better future. However, Briana now appears to be single and is happily parenting her daughters independently.

She loves sharing her parental journey on social media, and it was terrific to witness her relationship with her children. Surprisingly, Briana recently came into some controversy as she reportedly flirted with Kailyn’s ex-boyfriend, Chris Lopez. She even got into legal trouble for sending Kailyn a treadmill.

Furthermore, it seems like Briana suddenly got ill and had to be rushed to the hospital during the filming of ‘Teen Mom: Family Reunion. Nevertheless, it looks like the reality star has since recovered. In an Instagram post, Kailyn insisted that she will not be paying heed to any controversies, fights, or lawsuits as they aren’t essential and a waste of her time.

Where Is Jade Cline Now?

Jade Cline shares daughter Kloie Kenna Austin — with her then-boyfriend, Sean Austin. Sean and Jade shared an on-again-off-again relationship and even dated sporadically after their daughter’s birth. However, reports have since confirmed that the couple has broken up, and the absence of a special someone in Jade’s life is pretty evident from her social media posts.

However, Jade’s journey through motherhood is rather exemplary, and she loves documenting beautiful family moments on social media. Besides being a brilliant mother, Jade is a licensed cosmetologist and even runs her own hairstyling business in Greenwood, Indiana.

Where Is Ashley Jones Now?

Ashley and her fiance, Bariki Smith, became parents in September 2017 when their daughter, Holly Isabella Lockett, came into this world. Although in 2018, speculations about the couple’s supposed breakup did the rounds, particularly because of their tumultuous relationship. Still, Ashley and Bariki stood firm and didn’t let anything distort their bond. With the couple now engaged and wholly invested in parenting Holly, they are looking forward to a wonderful life together. However, the pair cannot get rid of rumors surrounding their lives as recently fans speculated about Ashley’s second pregnancy.

The reality TV star quickly addressed such assumptions and mentioned that she was not pregnant but had just put on some weight. Furthermore, Ashley addressed Bariki as her husband on an Instagram comment, giving way to speculations about her marriage. Nonetheless, this rumor is unsubstantiated as the couple is yet to address it formally. Additionally, apart from her duties as a mother, Ashley now co-hosts the ‘I Need Wine’ podcast and co-owns the Aries Beauty Studio in Modesto, California.