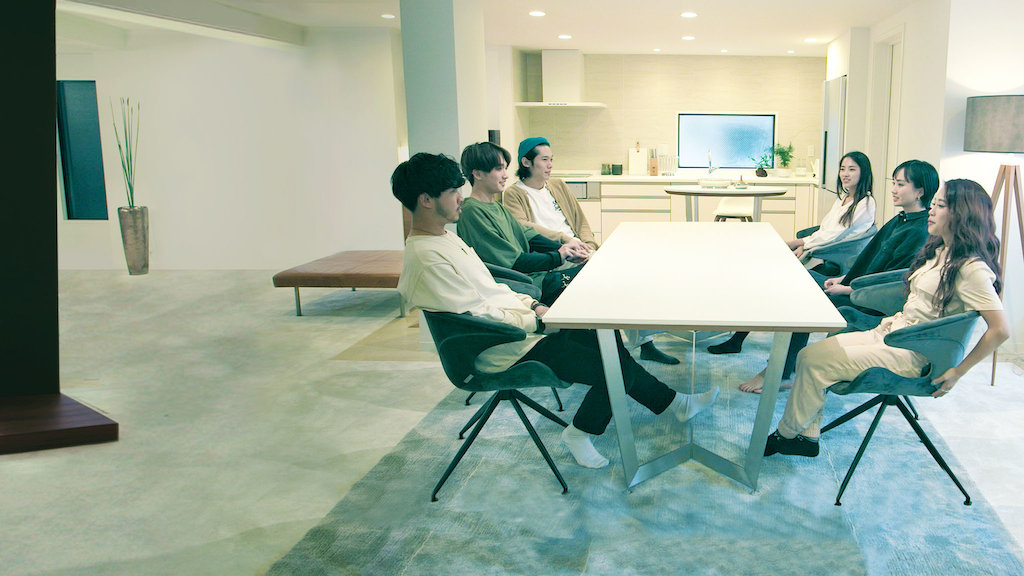 ‘Terrace House: Tokyo’ is unlike any reality television series that you might have seen. Although the Japanese TV show sports a rather conventional premise, its approach and tone are what sets ‘Terrace House: Tokyo’ apart. Three women and three men from differing stages and walks of life are made to live in the same house together. Catfights and heated arguments? Not quite.

‘Terrace House: Tokyo’ is a reality television series that many might find similar to ‘Big Brother.’ However, the key difference between both the series is the fact that the contestants of ‘Terrace House: Tokyo’ are allowed to step out of the house that they are made to live in. The contestants mostly live a regular life and are allowed to keep their day jobs. Hence, this means that the Japanese reality series is filmed at various places.

Firstly, the house where the contestants live in serves as the primary filming location for obvious reasons. However, apart from that, the show was also filmed at numerous restaurants and shops in Japan.

To begin with, the house that the contestants of ‘Terrace House: Tokyo’ live in is located in the Setagaya ward of Tokyo, Japan. Setagaya is the most populated special ward of Tokyo (with a population of 939,099 as of January 1, 2020) and one with the second largest area.

The first thing that any house needs to function is supplies. Unsurprisingly, the first episode of ‘Terrace House: Tokyo’ sees Kenny, Haruka, and Risako grocery shopping to Shinano Ya Daita Food on Tokyo Setagaya Daita 1-34-13.

Moreover, the contestants are seen going to various eateries throughout the show. For instance, in the third episode, Ruca and Risako visit Idobata cafe on Kanagawa Kawasaki-shi Takatsu-ku Futago 2-chome 4-6 while Shohei and Kaori go to Shokudo Osaka for some authentic, Japanese breakfast.

Furthermore, a few scenes in the fourth episode were filmed at the Mexican restaurant, Frijoles. In the next episode, the contestants go for Kenny’s concert at Zaimoku the Terrace on Kanagawa Kamakura-shi Zaimokuza 5-8-25. In the fifth episode itself, Kaori and Haruki are seen heading to Good Mellows Cafe before the concert.