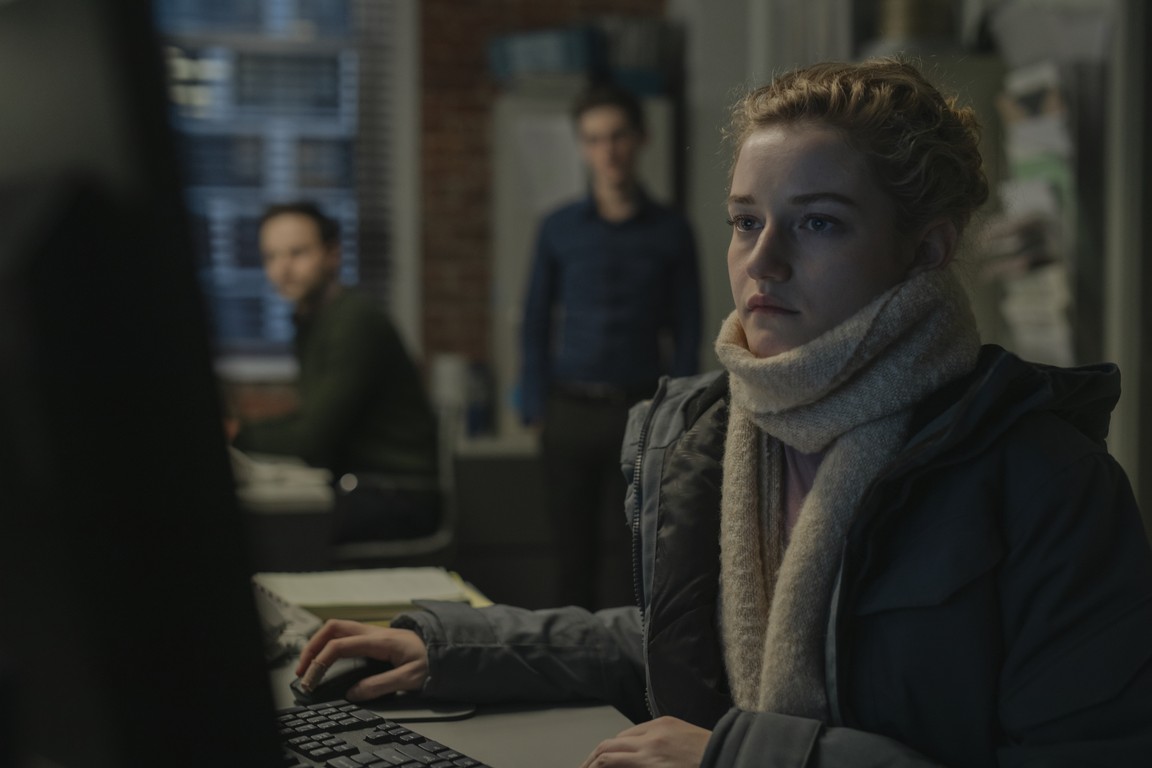 ‘The Assistant’ has been described as “the first great movie about me too.” The film is written, directed, and edited by Kitty Green. Apparently, Green started to feel passionate about filmmaking after hearing about the Harvey Weinstein scandal. After lots of research and work, ‘The Assistant’ was conceived as a piece-of-art that exposes the daily workplace habits and behaviors that advance a culture of power abuse.

The most searing and insightful feature of the movie is perhaps the way it manages to portray the unsaid “rules” and office environment that perpetuates an atmosphere wherein one cannot speak up till one is powerful enough. ‘The Assistant’ focuses on a day in the life of an entry-level assistant in a movie studio office. By doing so, ‘The Assistant’ also portrays the mundane nature of everyday life.

Julia Garner stars as Jane, the assistant whose day the film focuses on. Garner is best known for playing Ruth in ‘Ozark.’ Apart from Garner, Matthew Macfayden, Kristine Froseth, and Mackenzie Leigh are also a part of the movie’s cast.

Where Was The Assistant Filmed?

‘The Assistant’ is a movie that is primarily set in an office in lower Manhattan. There are witty instances in the movie when the protagonist’s view of the New York City skyline slyly alludes to Miramax’s logo from the 1990s. However, apart from that and the fact that the movie studio office is located in New York City, the place where the story is set does not play too much of a role in the story.

Well, ‘The Assistant’ has actually been filmed at the setting of the narrative: New York City. This was confirmed by a Deadline report that mentioned how “the movie is currently in production in New York” at the time of filming. There have also been some reports suggesting that ‘The Assistant’ was filmed at East Village and Midtown area.