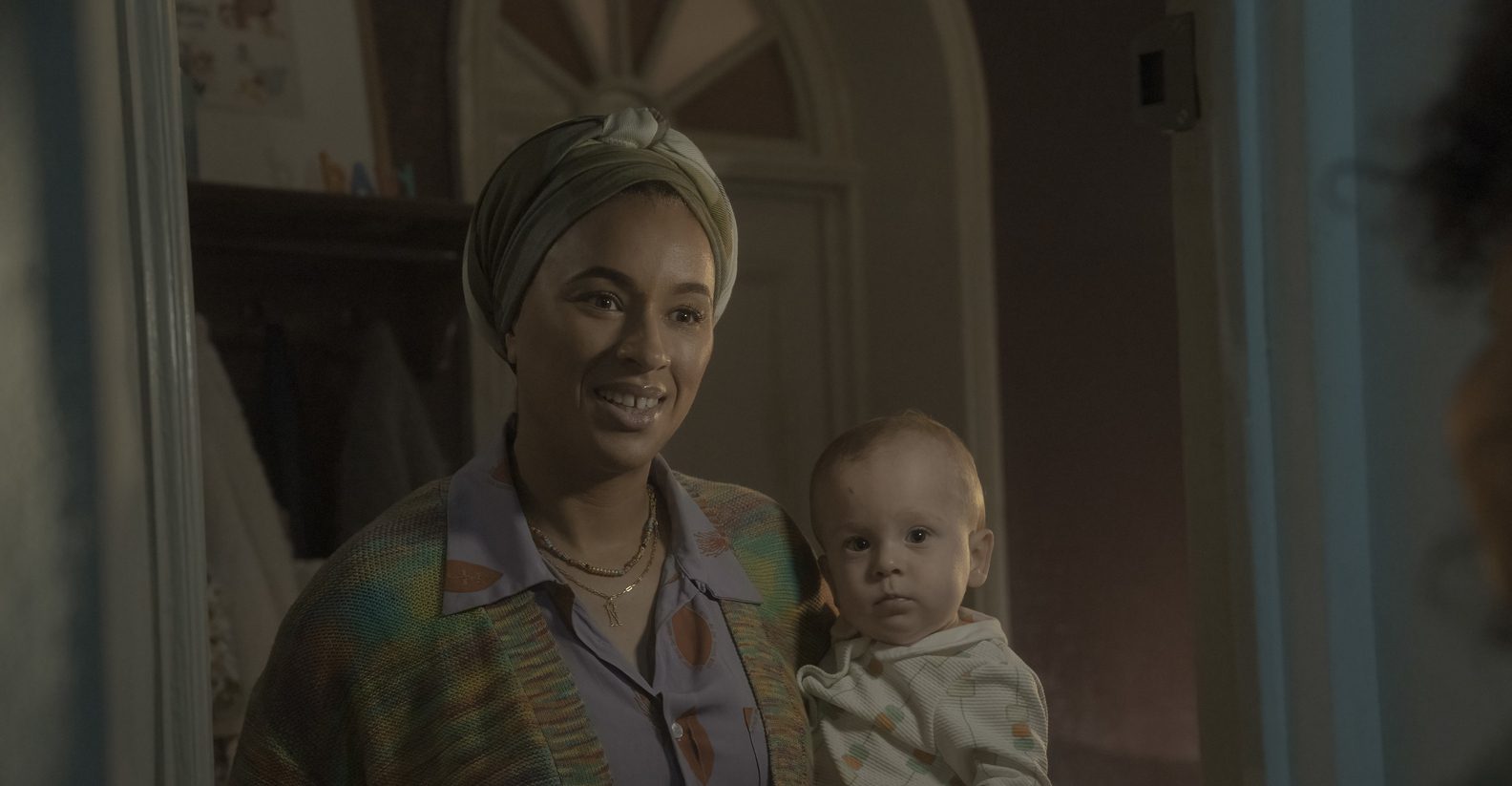 The finale of HBO’s horror series ‘The Baby,’ titled ‘The Possession,’ depicts the aftermath of Natasha’s decision to be the “mother” of the baby. Despite the opposition of Mrs. Eaves, she starts to take care of the baby, which only paves the way for more trouble. Bobbi, after breaking up with Sam, realizes that she needs to be there for her sister. She goes to Natasha’s apartment to help her sister but realizes that things have become worse. Since the enthralling episode ends with developments concerning the fates of Natasha and the baby, let us decode the same for you! SPOILERS AHEAD.

‘The Possession’ begins with Natasha taking the baby to a post-natal care center. The caretaker at the center tries to take the baby from Natasha to conduct a routine checkup. Natasha opposes and the caretaker eventually dies ambiguously. Sam reminds Bobbi to be with her sister and tells her that she hasn’t helped Natasha when the latter needed it. Natasha’s father Lyle visits her with groceries to cook for her. She asks him to leave but he lets her know that he is spending the day with her and the baby. When he goes to play with the baby, Natasha opposes but fails to stop Lyle.

Lyle gets attacked and Natasha recollects attacking the caretaker at the care center and her father. Bobbi arrives at his sister’s apartment and lets Natasha know that she is there to help her take care of the baby. Natasha tries to stop her sister from touching him. Meanwhile, Bobbi notices Lyle’s cap and searches for him. She finds him in the baby’s room, injured in the head. Bobbi realizes that her sister tried to kill him. Mrs. Eaves arrives at the apartment and finds Bobbi attacked as well. Natasha fights and stabs Mrs. Eaves with a knife when the old woman tries to take the baby away from her.

The Baby Season 1 Ending: Why Does Natasha Try to Kill Lyle, Bobbi, and Mrs. Eaves?

Through Mrs. Eaves, Natasha comes to know that the baby craves the love and care of a mother since his mother Helen died without giving the same to him. The baby then got attached to several women, who didn’t want kids, for the affection Helen didn’t give him. All the women failed to accept the baby and he made sure that they didn’t live without him. Natasha, however, starts to love and take care of him after having a conversation with Nour in her dream. She thinks that the curse will cease to exist once she starts loving him like a mother. However, her love only causes more concerns as the baby starts controlling her.

When Natasha treats the baby with affection, the latter becomes severely close to her. He starts to receive motherly love and attention for the very first time and he doesn’t want anyone or anything interrupting it. Whether it be the caretaker, Lyle, Bobbi, or Mrs. Eaves, everyone starts to come between the “mother” and the baby, infuriating the latter. A possessed Natasha hurts anyone and everyone who interferes with their mother-son relationship. The baby wants Natasha to himself as he gets a mother after years of search and he cannot tolerate anyone else’s presence between them, irrespective of who they are.

By accepting and caring for the baby, Natasha unintentionally gets supernaturally attached to him. The baby’s anger while seeing the presence of an outsider gets demonstrated through Natasha’s attacks. When Lyle, Bobbi, and Mrs. Eaves try to separate the mother and son, the baby tries to kill them through Natasha.

Why Doesn’t the Baby Die? Is He Immortal? Is the Curse Over?

When Natasha realizes that the baby is controlling her actions, even leading her to harm her own father and sister, she decides to put an end to the predicament. She rushes to the cliff with the baby but Mrs. Eaves and Bobbi follow them. Before Natasha could jeopardize her life, Mrs. Eaves takes the baby and jumps to the sea. All her life, Mrs. Eaves has tried her best to end the baby’s cunningness and save the women he killed. She doesn’t want Natasha to be his latest victim. Natasha jumps to the sea after Mrs. Eaves and saves the latter while the baby drowns.

Natasha, Mrs. Eaves, and Bobbi open a new chapter of their lives thinking that the baby is dead. However, the baby returns to the land from the depths of the sea. The baby is a supernatural entity that doesn’t die like humans. He doesn’t age or gets hurt like a normal human baby. Even after getting drowned in the depths of the sea, he effortlessly returns to the land, showing his supernatural potency. Since he doesn’t die, it’s only a matter of time before he finds his next victim, another mother who doesn’t want to raise a child.

Since the baby hasn’t killed Natasha, as he did with other women, he may even end up with her again with vengeance. Since he cannot be annihilated, the curse continues as well. In addition, the baby is an allegorical figure. He represents the burden of having a child that has affected and destroyed the lives of many mothers, who have to compromise on their choices and decisions to nurture a child. The baby’s immortality and return to the land can also be interpreted as the unceasing pressure to bear and raise kids. A typical society pressurizes women to raise a child as part of its homogeneity.

Until society changes, “the baby” will also exist to haunt the lives of women who challenge societal norms and decide to not raise a child. Through the baby’s immortality, the show expresses that it is very hard for women to choose to not have a child in today’s world.