Where is The Bachelor: Listen to Your Heart Shot? 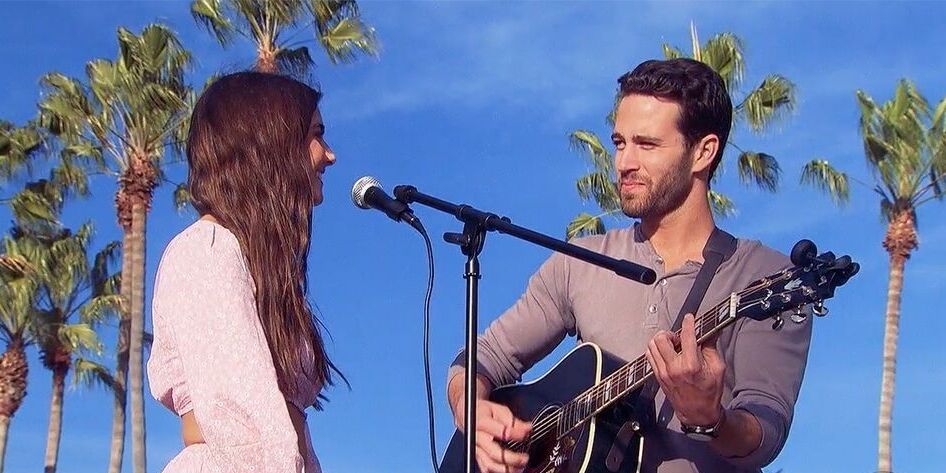 ‘The Bachelor: Listen to Your Heart’ is a dating reality series that follows single men and women, who aim at finding genuine and lasting love while living together in a Bachelor-esque mansion. It is a spin-off of the hit reality series, ‘The Bachelor,’ and follows the footsteps of the parent series, albeit a significant twist. Each contestant is either a musician or an up-and-coming singer, who desires to find that one person whose music syncs with their own and speaks to their soul.

Touted as the combination of ‘The Bachelor in Paradise’ and ‘A Star Is Born,’ it features the contestants performing to famous songs either in a duet or solo. And as the show progresses and romantic connections are formed, their bond is put to the test via musical challenges. An expert judging panel analyzes and evaluates the pair’s love and admiration for each other through the intensity of the performance. The highest-rated couple evades eviction and proceeds to the next round, until one couple is left in the end.

The show has been created by Mike L. Fleiss, who is also the heart and soul of ‘The Bachelor.’ Let’s find out where ‘The Bachelor: Listen to Your Heart’ was filmed.

Where is The Bachelor: Listen to Your Heart Filmed?

Many of you might have assumed that since it’s a spin-off, the infamous Bachelor served as the filming location of the show. Well, sorry to break it to you, but that’s not the case. The music-driven show was actually filmed in a different mansion altogether, in California. Here are the specific filming sites.

The contestants flew down to Los Angeles to participate in the competition. As they had to accommodate over 20 people, the makers decided to shift the filming base to an entirely new and more massive mansion, on the fringes of Los Angeles. Don’t believe us? Hear it from the host himself, Chris Harrison.

The beach date between Trevor and Jamie G. was filmed in Southern California’s most popular tourist attraction, Venice Beach. It was posted by the famous reality TV spoiler informant, Reality Steve, on his Twitter account. Check it out!

(SPOILER): I’m not gonna keep a running tally, or have a page dedicated to it, but anytime I get pics or info on “Bachelor: Listen to Your Heart” I’ll post it. Date in Venice Beach today. This is definitely Trevor, the guy Katy Perry hit on on AI when he had a gf… pic.twitter.com/8UWDbpdoP4

Located in Orange County, California, Anaheim is home to the world-famous Disneyland Resort AKA Disneyland, run by The Walt Disney Company. On January 31, Country singer Chris Lane performed a concert at The House of Blues in Anaheim GardenWalk.

Anaheim GardenWalk is a shopping and entertainment center, located at 400 W Disney Way Suite 337, Anaheim, CA 92802, United States. Along with the fans of Chris’ music, were two contestants – Natascha and Ryan – who were called on stage to perform with him.

(SPOILER): “Bachelor: Listen To Your Heart” filmed last night at the House of Blues in Anaheim. Chris Lane performed then brought Natascha and Ryan N on stage to sing w him. pic.twitter.com/ls4unWwRoV

The high-octane musical finale was shot in Nashville, the capital of Tennessee, at The Country Music Hall of Fame and Museum. Here’s the tweet confirming the same.

(FINALE SPOILER): Prob not the finale spoilers you were looking for, but finale to “Bachelor: Listen to Your Heart” was filmed tonight in Nashville, TN at the Country Music Hall of Fame. The final 2 couples were: Trevor and Jamie & Chris and Bri.Trevor Holmes (IG: trevorholmes86) https://t.co/Qlm6BGA57e

It is one of the world’s largest museums, which researches the historical relevance of vernacular music and preserves it.

Its exact location is 222 5th Ave S, Nashville, TN 37203, United States. If you ever get a chance to visit Nashville, do not miss the museum at any cost.