The Baker and the Beauty S01 E03: When and Where to Watch? 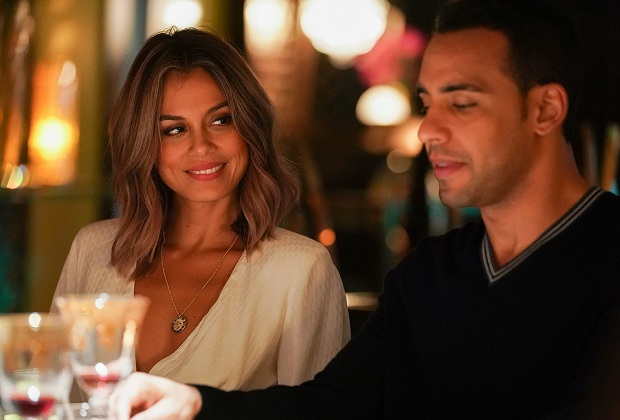 ‘The Baker and the Beauty‘ is off to a fantastic start, telling us about an improbable love story that blossoms between a baker and a supermodel. Based on the popular Israeli romantic comedy of the same name, the season premiere sees Daniel running into Noa the same day he turns down Vanessa’s proposal. He hits it off with the model, who’s reeling from a breakup, herself.

Although their night comes to an abrupt end when Noa’s ex shows up, their magical tale is far from over. Thanks to Noa’s social media outreach, she puts Daniel’s family bakery on the map, while promising him that she still owes him one wish.

Curious to find out what the latest episode has in store? We have the rundown apart from information on when and where to watch the upcoming episode.

The Baker and the Beauty Episode 3 Release Date: When Will It Premiere?

‘The Baker and the Beauty’ Episode 3 is slated to air on Monday, April 27, 2020, at 10/9c. Titled “Get Carried Away,” we see a slight hiccup in Daniel and Noa’s relationship when the latter takes him to a charity event in Puerto Rico, where things don’t go as planned. Vanessa remains close to Daniel’s family and helps Mateo get a gig as a DJ. Meanwhile, Mari invites Natalie’s crush to their house. Check out the promo below.

The Baker and the Beauty Episode 2 Recap:

The episode starts with Noa and Daniel walking along the beach, talking about the previous night. The supermodel lets him know that she wanted him to stay. Moreover, he gets invited to her birthday. Meanwhile, Vanessa tries to patch things with Daniel and tells him she’ll make a 7 P.M. reservation at their favorite restaurant. If he shows, they can salvage the relationship, and if he doesn’t, she’ll know it is over.

Daniel first heads to Noa’s birthday, where he feels hugely out of place. Back at the bakery, a food critic named Mr. Gold orders 50 of the toughest pastries. The family tries to service him and the innumerable customers. However, the oven breaks. Daniel tries to assist over the phone but to no avail. Mateo tries to fix it, too, but is unsuccessful.

Daniel is about to leave Noa’s party when he’s called back inside. Daniel notices that Noa is in a bad mood, and the two get to talking. Ultimately, they leave the party and go to the beach again. The couple shares a kiss and goes skinny dipping, as Noa believes her birthday curse is over.

She invites Daniel to Puerto Rico, which we will see in the upcoming episode. Meanwhile, Vanessa treats herself to some gelato (perfect for heartbreaks) and puts faith in the thought that she is Daniel’s happily ever after.