The Bastard Son & The Devil Himself Ending, Explained: Does Nathan Complete the Giving Ceremony? 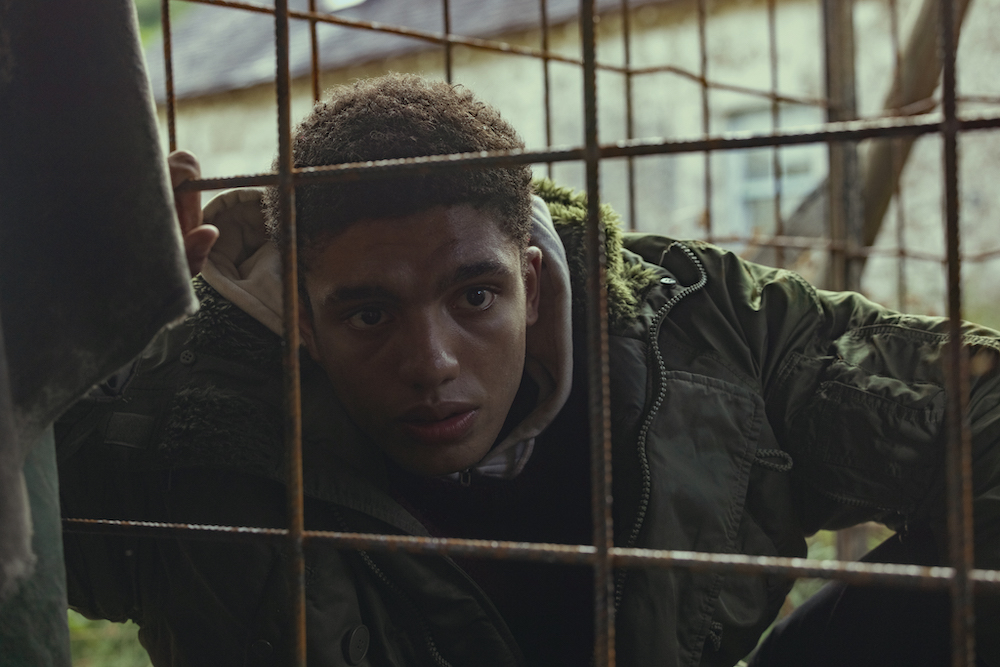 Netflix’s ‘The Bastard Son & The Devil Himself’ follows the story of a teenager named Nathan. He lives in the world of witches, where the two factions have been at war with each other, with both perceiving the other as the villain in the story. Nathan finds himself in the middle of this conflict, especially because of his father, who is known for his ruthlessness and the bloodshed that always follows him. As Nathan tries to get out of his father’s shadow, he finds love and friendship in unlikely places, while coming face to face with his powers and accepting who he really is. The final scene of the season leaves the audience wondering what path Nathan will choose for himself now. Here’s what the events of the finale mean for the young witch and his friends. SPOILERS AHEAD

The Bastard Son & The Devil Himself Plot

Nathan’s mother died when he was still a child, and his half-sister, Jessica, has always blamed him for it. As if the hatred he receives at home is not enough, Nathan has to grow up with the rest of the witches hating him for being half-Blood and half-Fairborn. The reputation of his father, Marcus Edge, also clouds people’s perception of him. Now, with his seventeenth birthday just around the corner, everyone, including Nathan, seems to be on edge, wondering what powers will reveal themselves to him.

Nathan’s general constraint had kept him out of trouble by far, but a prophecy about him changes the course of his life. While some people are hell-bent on killing him, others want to keep him alive long enough for him to serve the purpose of the prophecy. In the midst of this chaos, Nathan is forced to leave his home and go on the run with, Annalise, his friend and love interest, who also happens to be the daughter of Soul O’Brien, the leader of the Blood witch hunters. Their travels lead them to Gabriel, who despite his initial lack of interest in their story, gets close to Nathan and becomes one of his loyal allies.

Meanwhile, Soul deals with the fear of Marcus’ return, especially considering that almost everyone who was involved in hunting him has been brutally killed. To level the playing field, he comes up with a way to become just as powerful as Marcus and is supported wholeheartedly by Jessica. This leads both of them down a very dark path, which shocks even the people who had been closest to them.

The Bastard Son & The Devil Himself Ending: Does Nathan Complete the Giving Ceremony?

In its first episode, the show establishes the importance of the Giving Ceremony. It is a coming-of-age event for witches. When they turn seventeen, they are given three gifts by their family member, whose blood they have to consume to be tied to their bloodline and become a full-fledged witch. It is only after the ceremony that their powers start to surface. While both Bloods and Fairborns have the same rituals when it comes to the Giving, the stakes are higher for the Bloods. If a Blood witch does not succeed in completing their ceremony, then they die a horrible death.

Even though he denies it for a long time, Nathan eventually accepts that he, too, is a Blood witch. This means that if he doesn’t succeed in getting the blood of a family member on his seventeenth birthday, then he will certainly die. In the beginning, he had his grandmother to help him with the ceremony, but when she is killed by Soul, Nathan is left with no option. For a while, he entertains the hope of finding help at the door of the mysterious Mercury.

Gabriel, whose task is to get Nathan to Mercury, assures him that a vial of his family member’s blood is in Mercury’s possession. In the end, even when Nathan refuses to go to Mercury in order to save Annalise, Gabriel retrieves the vial for him. They just have to wait till the dawn of his birthday, and Nathan will be saved. However, in the fight with Fairborns, the vial is broken, and for a while, it looks like Nathan’s last hope is gone. But then, Annalise points out that his father is still alive.

The prophecy pitted Nathan against his father, which is why, even though he never met Marcus, he assumed that his father would like him dead. In the end, when they finally meet, Marcus reveals that he knows exactly how he is going to die, which is why he isn’t too bothered about prophecies and other stuff. Marcus reveals things about his own past, especially about his relationship with Nathan’s mother, and the boy realizes that he might have judged his father too harshly, and yet, he can’t find it in himself to trust the man.

Despite all of it, Marcus reveals that he is not as intent on killing Nathan as everyone else. He gives Nathan his blood, and gives him three gifts, though not in the conventional sense. Marcus’ first gift is Nathan’s life. Despite what the prophecy says and with a lot of Marcus’ followers believing that Nathan should die, his father decides to spare his life. The second gift is the last thing Nathan’s mother said to Marcus. She said that no matter how good or bad Nathan turns out to be, she’ll always love him. The third gift, and the most interesting of all, is the chance for Nathan to find out who he really is, and that’s what sets the stage for the final fight and the dilemma that Nathan faces in the final scene.

Since the death of his mother, the question about his true nature had loomed large on Nathan. His grandmother assured him that no matter what anyone said about him, he was a good person. Annalise tells him that he is not his father, and for a good part of the story, Nathan believes in himself too. However, as his seventeenth birthday approaches and the Blood side of his witch nature starts to surface, he can feel the undercurrent of violence in himself. In the end, Marcus gives him the opportunity to explore the depths of his true nature.

This encourages Nathan to challenge Soul to a fight, but the teenager is no match for the man who has recently devoured a lot of hearts and is supercharged with witch magic. The man almost kills him, but Annalise arrives just in time and decimates her father to save Nathan. As if it wasn’t already devastating for her to find out how terrifying her power is, using it to kill her father breaks her. As Nathan and Gabriel console her, Nathan’s gaze lingers on Soul’s disintegrated body and stops on his heart. The last shot shows Nathan looking at the heart and fighting the urge to eat it, while his friends look at him questioningly. Before we can find out what Nathan chooses, the credits start to roll, and the audience is left with the same expression that Annalise and Gabriel had on their faces.

The first season of ‘The Bastard Son & The Devil Himself’ ends before revealing Nathan’s magical power. After the Giving ceremony, it takes a while for the power that is unique to every person to emerge, and the season wraps up before that. However, considering that Nathan’s Blood side is more prominent, there is a good chance that he will have the same powers as his father, Marcus. He doesn’t get to display those powers while fighting Soul, probably still unaware that he has them, but he starts to experience the things that are ingrained in his blood.

Previously, while staying with Odette’s family, he’d discovered that eating the hearts of the dead is not as villainous an act as it is made out to be by the Fairborns. And it is not limited to his father either. Other Blood witches indulge in it too, though they don’t murder people for it. With Soul’s heart right in front of him, Nathan starts to feel the urge to eat it. Should he do so, it would be a very profitable act for him. Soul, having eaten a lot of hearts in the course of a couple of days, was brimming with all sorts of magic before he died.

Whoever eats his heart will acquire all of that magic, and will become one of the most powerful witches of their time. Because his half-sister, of all people, still seems hell-bent on killing him, especially now that she has lost her powers and has collaborated with Mercury, Nathan might need a leg up on her and his other enemies. Further, if the prophecy really is true and Nathan is destined to go up against his father someday, then he will need all the magic he can get. And eating Soul’s heart will surely help his cause.

Apart from the magic, eating Soul’s heart would mean that in some way, Nathan would be preserving a part of him. Like in Odette’s family, eating the hearts of dead family members meant keeping them and their magic with the living even after they were gone. Nathan could use this argument to make his case, but there’s a very slim chance that it will sit well with Annalise. She might have killed him but Soul is still her father, and the very least she can do is give him a proper funeral, with his heart in it. She has lost both of her parents now, one of whom was killed by Marcus (a detail that might cause some complications in the future between her and Nathan), and she needs to say her goodbyes to get some semblance of closure and move on.

To think that the person she is in love with wants to eat her dead father’s heart is revolting as is; there is no way she can be on good terms with Nathan if he chooses to go forward with the act. Considering the mind-blowing and terrifying power that Annalise wields, Nathan will certainly need her on his side in the future. Still, a man is nothing if not a slave to his desires, and the way Nathan looked at that heart, it doesn’t look like he is in the mood to let it go. So, he might have to steal it, but it will put his relationship with Annalise in jeopardy. Will he take that chance? Only the next season will clear that up, but there is a very good possibility that Nathan might surrender to what his heart wants.