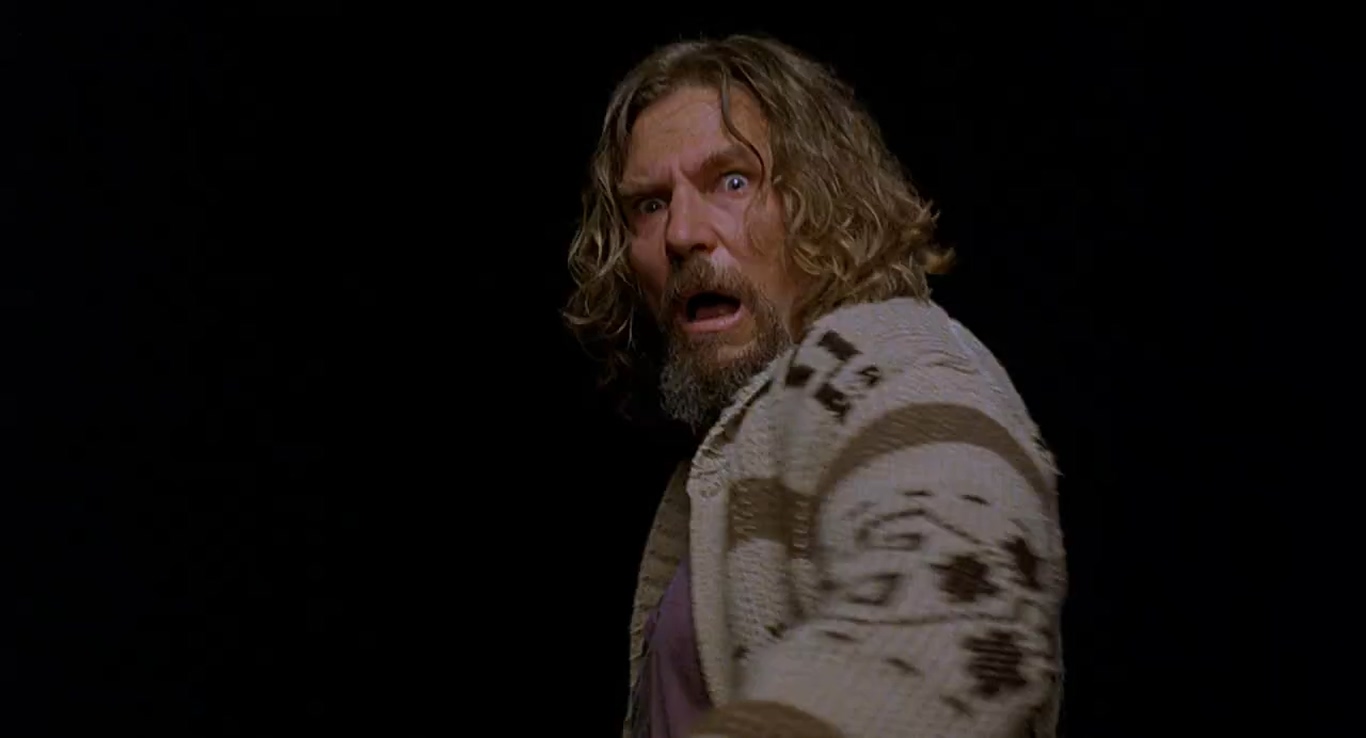 “Sometimes, there’s a man….” And thus begins the story of the Coen Brothers’ cult classic black comedy film ‘The Big Lebowski.’ Borrowing freely from Raymond Chandler’s novels and other cultural artifacts, the story kickstarts with the stealing of a rug. Detached from the world and living in his own zen reality, the bowling alley bum who goes by the name “the Dude” only wants his rug back. In turn, he is plunged into a labyrinthine vortex of a mystery and decides to play along.

Bringing a plethora of characters and random cultural titbits into the mix, the cinematic narrative freely moves from one place to another as if a fever-induced lucid dream. Featuring Jeff Bridges in his magnum opus role, along with John Goodman, Steve Buscemi, John Turturro, and Julianne Moore, the film manages to create the cult of the messianic postmodern hero around a ragtag story. The ending of the story evokes a lot of sighs and some questions, and if you are asking us to decode the denouement of the modern-day parable, we shall abide. SPOILERS AHEAD.

At the turn of the century, the zen messiah, the Dude, hovers over the City of Angels. A narrative voice introduces us to Jeff Lebowski, aka the Dude, who “fits right in his time.” The Dude goes to the supermarket, buys milk for himself with a cheque, and comes back to his crib. As he is in the loo, a group of vandals comes asking for the money that he doesn’t have. The goons conclude that they’ve got the wrong Lebowski and leave, albeit after peeing on the Dude’s precious rug. 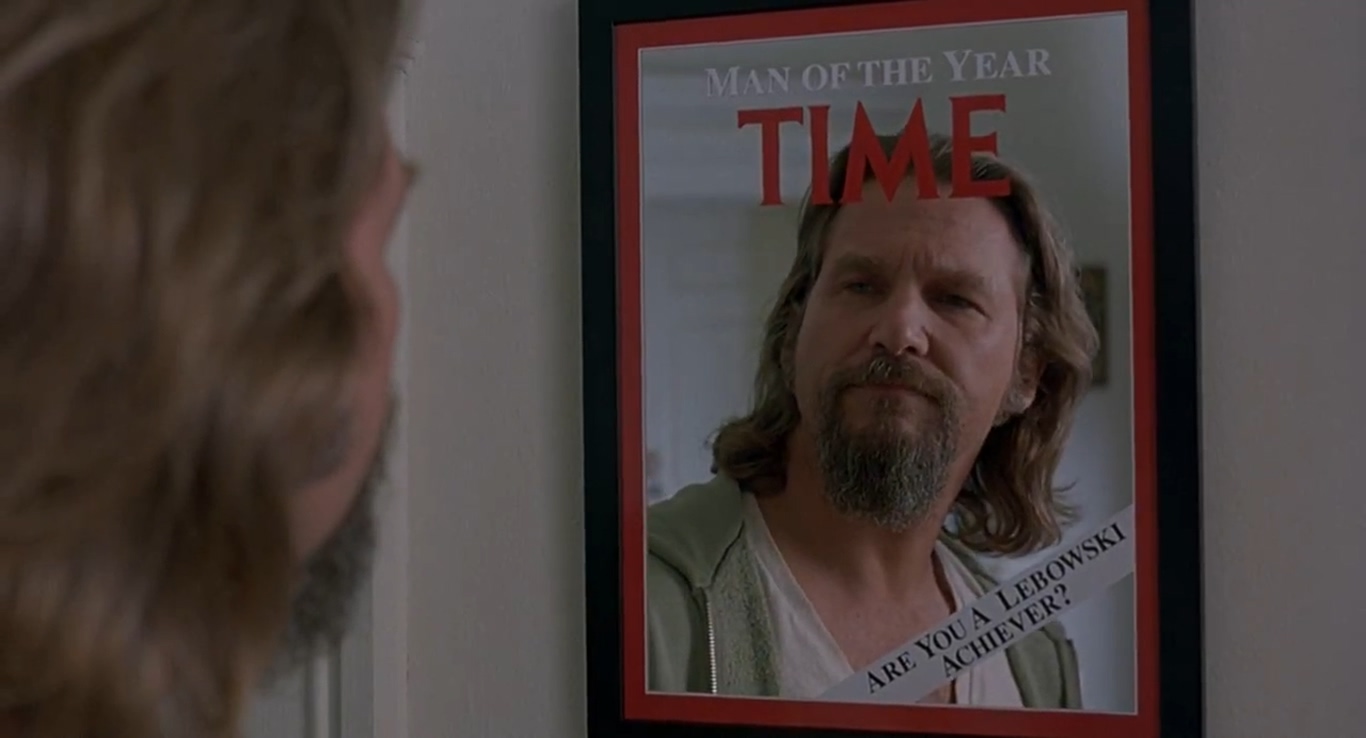 As it turns out, there is an uptight millionaire who goes by the same name as Jeff but is very different from the Dude. The Dude goes bowling in a bowling alley with his friends, volatile army veteran Walter and soft-spoken punching bag Donny. Following Walter’s suggestion, the Dude goes to ask for compensation for his loss from the millionaire Lebowski, but Lebowski has a thing against unemployed citizens, so he continues to give the Dude a lecture.

The Dude does not have the patience to hear it, so he takes a rug from the Lebowski home and shows himself out. Before leaving, he meets Lebowski’s trophy wife, Bunny, who indulges the Dude in blowing on her toes. Shortly after, Bunny is kidnapped, and the Dude is summoned back to the Lebowski house. The kidnappers ask for a ransom of one million dollars, and the Dude is given the duty to hand off the money. This kickstarts a zany plot that is slowly uncovered over the course of the movie.

The Big Lebowski Ending: What Happened to the Money?

The dude is followed by another snoop, Da Fino, who divulges the real identity of Bunny. The Dude and Walter go back to the Lebowski mansion for a confrontation, but Bunny has returned. Afterward, the duo goes bowling, where they again meet the gang of the bluffing nihilists. A fight ensues, and Donny dies from a heart attack. While attempting to fulfill Donny’s last wish, Walter underestimates the wind, and they get covered in Donny’s ash. 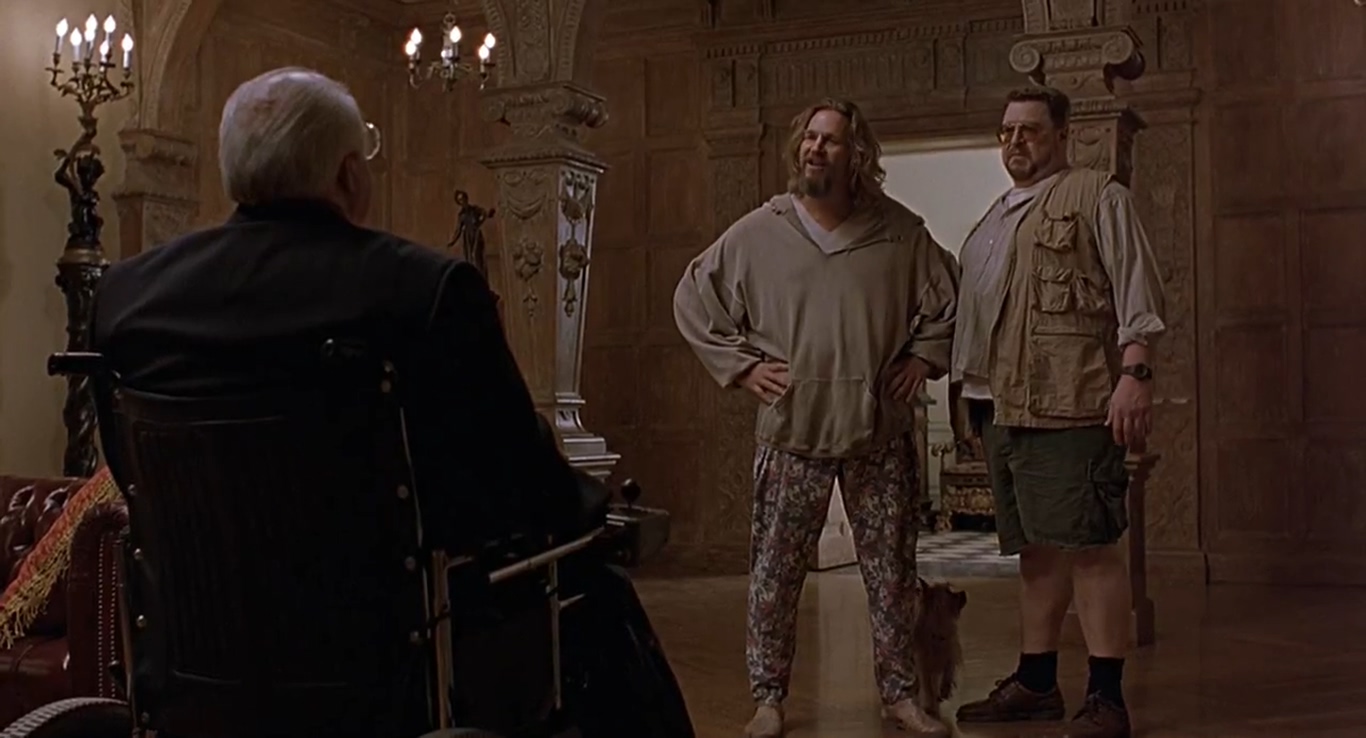 This brings us to the most important question — where is the money? Well, to begin with, there was no money in the briefcase, as the Dude realizes later in the plot. As it turns out, the millionaire Lebowski, with his honorary awards and accolades, is merely a man living with a generous allowance from her daughter Maude, who controls most of the financial matters of the family.

Who is the Guy at the End?

In the beginning, a narrative voice introduces us to the Dude in a free-flowing monologue. Later in the film, we see him talking to the Dude while sipping his favorite Sarsaparilla. The final moments bring him back on the screen, where he suggests that the Dude should take it easy. The man is embodied by Sam Elliott, whose presence in the story is pivotal, and one cannot omit him altogether from the unfolding saga of the film. 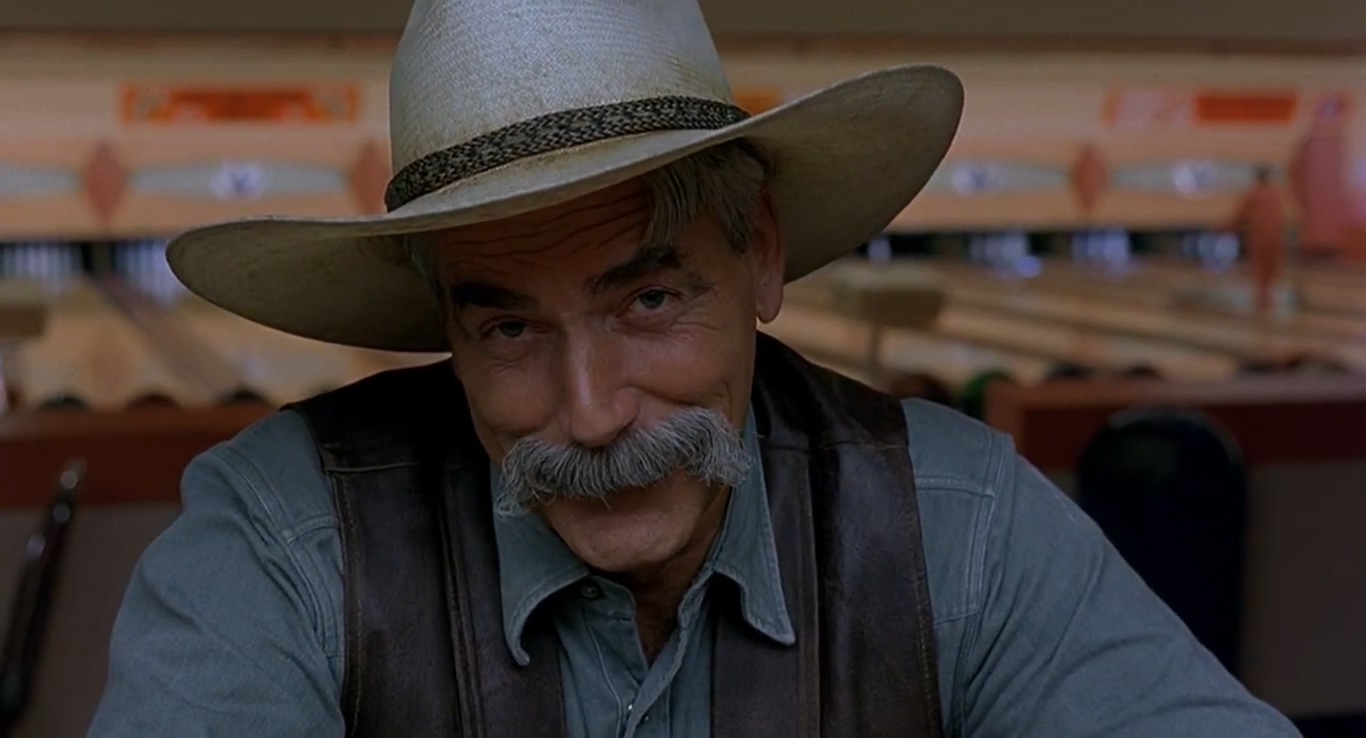 The narrator, with his eastern accent, is presumably conceived as a countryman who looks at the incomprehensible cosmopolitan city from above. The modern urban jungle is a place where people from different parts of the world collide to create a carnival, and an outsider’s perspective is chosen to depict the uncertainty of the modern urban existence. His presence is guided by an authorial voice which can very well be the directors’ own. Heck, he may be God for all I know.

The stranger’s “whole cowboy thing” is placed in sharp contrast to the laid-back appearance of the Dude. The former character creates a distance between the story and the audience, and in effect, the cult of the Dude is created. As he says that the Dude is “taking her easy for all us sinners,” we feel that the Dude has been elevated to the sublime realm of a biblical messiah, a cursing Christ for the broken generation.

What Did the Doctor do to the Dude?

Maude gives the number of a doctor to the Dude, asking him to get his jaw checked. Upon repeated insistence, he decides to pay a visit to the doctor. After checking the jaw, the doctor urges the Dude to lower his shorts. In the next scene, as he comes out of the doctor’s chamber, we see an ambiguous grin on his face. As far as I’m aware, the jaw is located in the face, and this sequence should potentially puzzle viewers.

Why Does Donny Die?

The finality of the tragicomedy is marked by the death of Donny. Donny is another marginal figure in the plot. While a close friend of Walter and the Dude, his voice often gets submerged in the commotion (“Shut the fuck up, Donny.”). In the finality of events, the Dude, Walter, and Donny have an encounter with the nihilist gang outside the bowling alley. The gang thinks that the Dude and his associates still have the money, but the Dude and his friends know that they don’t have the girl. It is also revealed that the severed toe belonged to a girl from the group and not to Bunny. 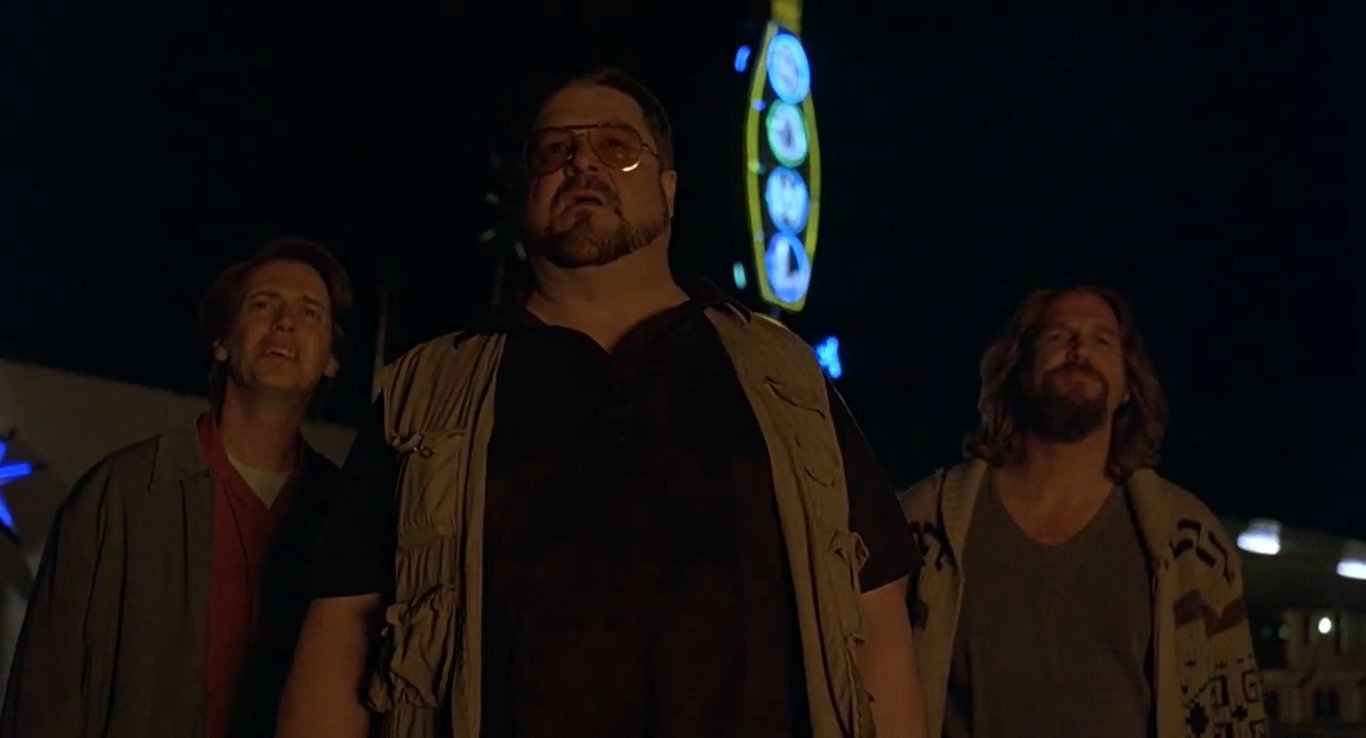 A comical fight erupts, and owning to the eccentric charisma of the Vietnam veteran Walter, the gang is defeated. In the middle of the ruckus, Donny dies from a heart attack. The death of Donny brings the tale to a close, and the audiences are made to feel a void. Maybe Donny’s time had come, but that does not make one overlook the array of bad decisions and misjudgments made by Walter in the course of the film. A volatile, divorced, and shell-shocked war veteran, Walter is preoccupied with his past trauma and posits danger to his friends. So, albeit indirectly, Walter’s humungous ego can be made responsible for the death of Donny.