Is The Big Lebowski a True Story?

Directed by the American auteurs the Coen brothers, ‘The Big Lebowski’ is a cult classic black comedy that comments upon the volatile post-Vietnam era of economic liberation. The way of life of the Dude has become part of a larger youth subculture in our day and age. The story revolves around a kidnapping plot, or you can say a rug, but it spirals out of control in the blink of an eye. Indeed the film unfolds like a pastiche, a jigsaw puzzle plot connected by Jeff Bridges’ zen master hero, the Dude.

As the film moves around a gritty nighttime Los Angeles, we see a mosaic of free associations woven into a single fabric. Taking its maddening energy from a plethora of films, music, art, philosophy, and architecture, the film feels at time like a delirious homage to an incomprehensible modern city and its peculiar culture and characters. Fellow Achievers, if you seek to know whether the story is rooted in reality, let us get to it.

Is The Big Lebowski Based On A True Story?

No, ‘The Big Lebowski’ is not based on a true story. The original story and the screenplay of the film were written by the Coen brothers themselves, who penned the first draft around the same time as ‘Barton Fink,’ which was released earlier. As Ethan Coen divulged, the film was conceived with the notion that the dynamic would revolve around the relationship between the Dude and Walter, and the directors came up with the idea while probing into the dynamic between Barton Fink and Charlie Meadows in ‘Barton Fink.’ 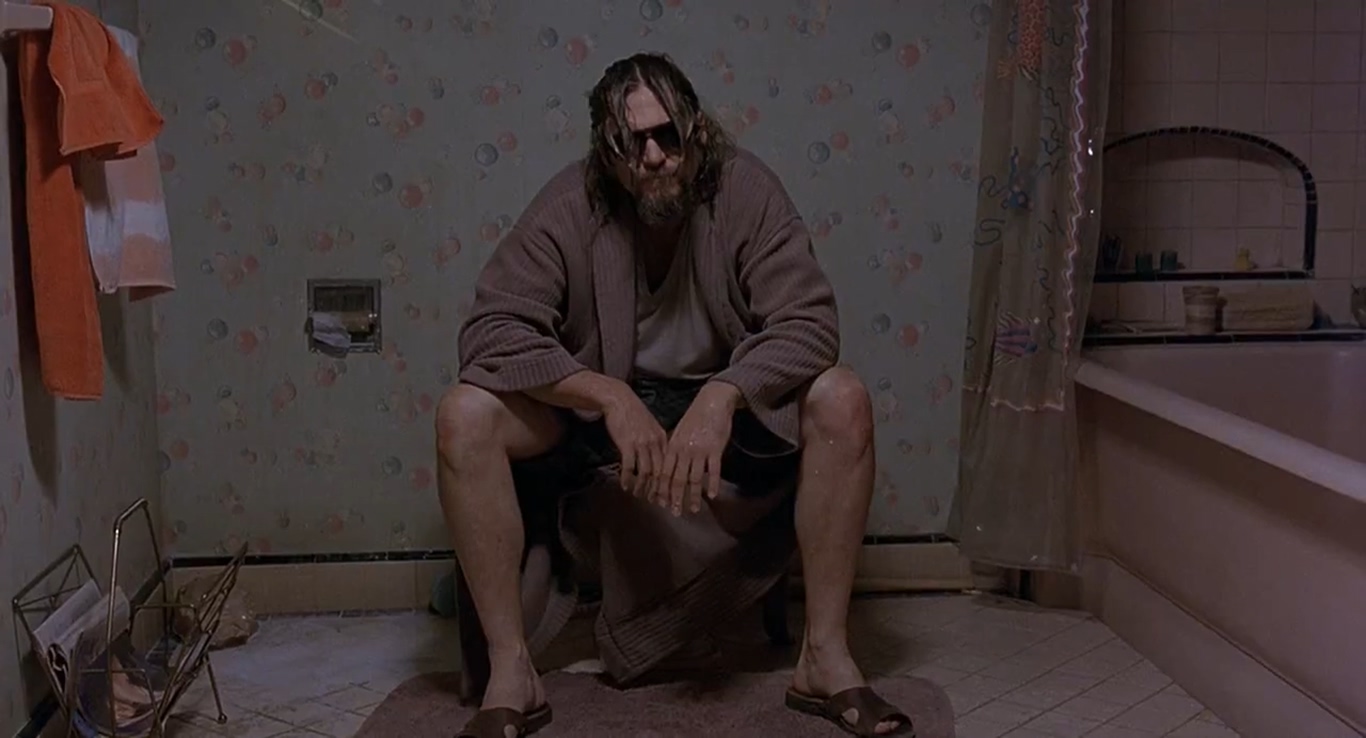 Moreover, following the suggestion of Pete Exline, their friend, the directors thought of incorporating ideas from Raymond Chandler’s 1939 novel ‘The Big Sleep’ as well as Howard Hawks’ genre-bending screen adaptation of 1946. Joel Coen also cited Robert Altman’s neo-noir thriller ‘The Long Goodbye’ as inspiration, and you would be astonished to know that this film is the screen adaptation of another Raymond Chandler novel of the same name.

The character of the Dude was inspired by Jeff Dowd, a radical anti-Vietnam political activist and a member of the SLF (The Seattle Liberation Front) who liked to call himself “the Dude.” Peter Exline also partly led to the creation of the cult classic character. He, like the Dude, lived in a shabby apartment and was pleased with a rug that “tied the room together.”

Exline’s actor-writer friend Lewis Abernathy, a fellow army vet with experience in Vietnam, laid the groundwork for Walter. Lewis, like Walter in the film, owned a private investigation agency, and similarly, he helped Exline track down a high-school kid who stole Exline’s car. It would also interest you to know that Exline’s car was impounded by the police, with his friend finding a child’s homework in it. And although Exline also had a thing for amateur softball, the film showcases a bowling alley instead since the ambiance of the latter makes for an ideal social milieu. 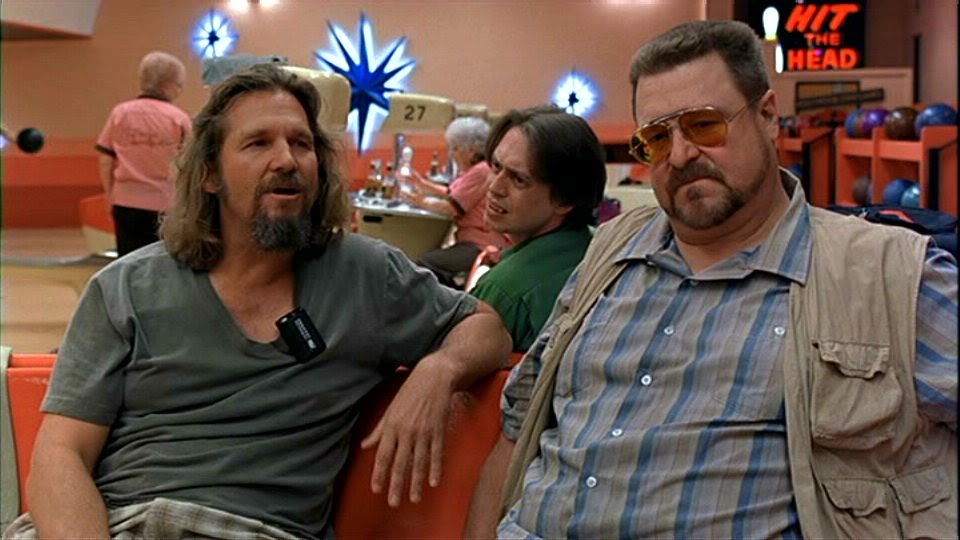 The Coen brothers met filmmaker John Milius, an LA-based filmmaker, while making ‘Barton Fink.’  Milius’ love for arms and the military would be incorporated into the character of Walter. Moreover, Milius’ good friend Jim Ganzer, who was also called the Dude, proved to be another inspiration behind the zen hero. On the other hand, Julianne Moore suggested that the character of the avant-garde artist and aspiring single mother Maude was loosely modeled upon Carolee Schneemann, a noted visual experiment artist who had previously worked with people such as Yoko Ono.

The character of Jesus Quintana was partially inspired by a 1988 theatrical performance of John Turturro in a play called ‘Mi Puta Vida,’ which Coen Brother had caught in person. According to Joel Coen, since Turturro acted in a pederast-type role in the play, the directors decided to use the same approach with the character in ‘The Big Lebowski.’

The Dude is a spaced-out messiah in a volatile postmodern age, and he lives in the fringes of society, much like Humphrey Bogart’s character in ‘The Big Sleep.’ The presence of Raymond Chandler is apparently overarching, but the film manages to overcome such blatant associations through the branded mischief of the Coen Brothers. In ‘The Big Sleep,’ the story centers on a private eye who is hired by an elite General to take care of the gambling debts of Carmen, the General’s daughter. However, the General’s elder daughter Vivian thinks that her father has a different motive altogether. 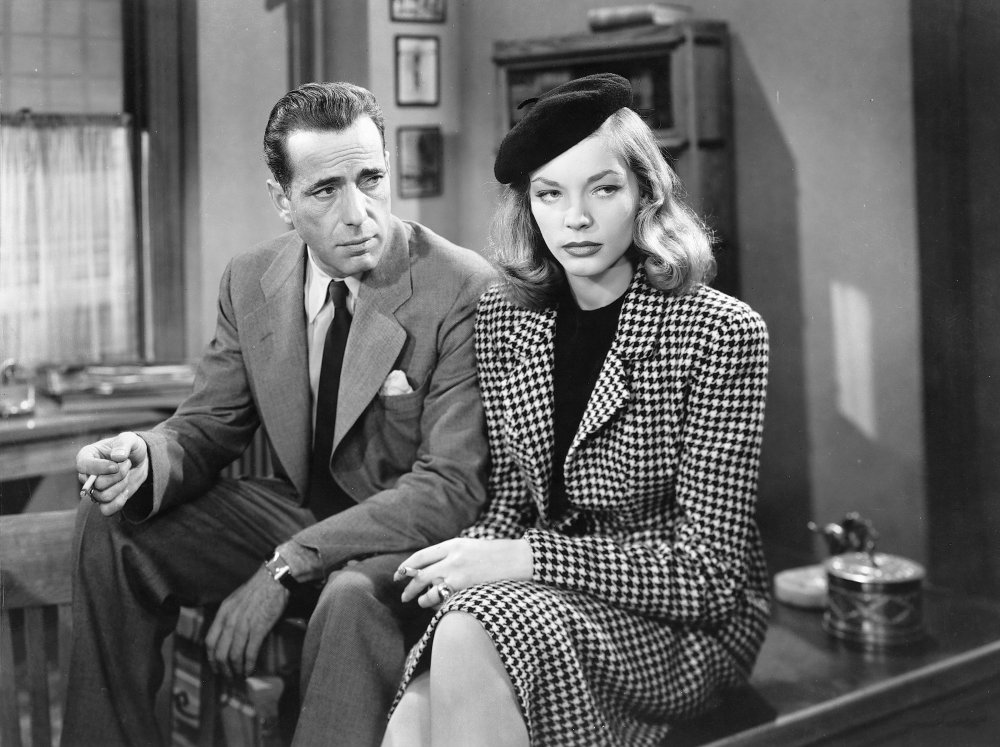 And in both films, the unassuming outsider detective is made to enter a labyrinthine kidnap-ransom-murder-love plot that spirals out of control. To conclude, while the film borrows freely and unabashedly from real-life characters as well as fictional heroes, it comes together to create a jarring effect of a fever dream unprecedented in cinema. Now, with its own church and a dedicated festival, the cult of the Dude surpasses all the sources that merge in him.