Is The Binge a True Story? 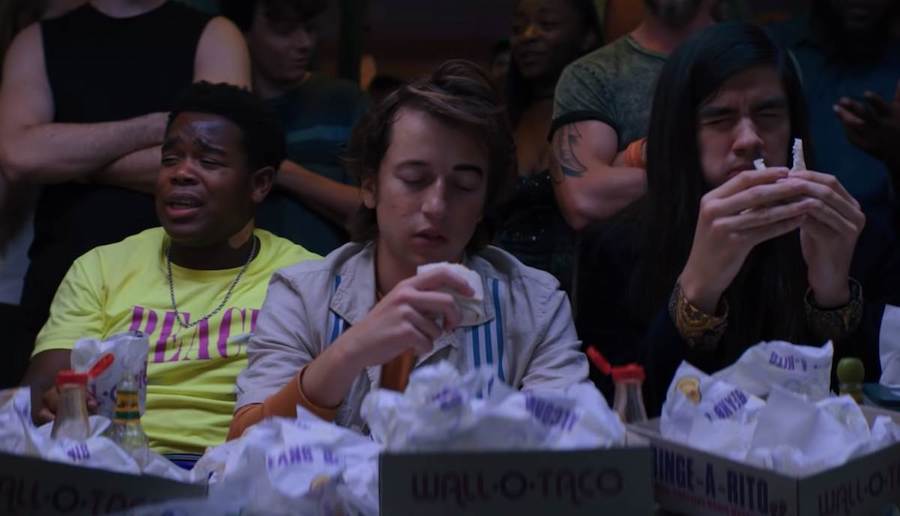 Hulu’s ‘The Binge’ is a comedy-drama that is set in 2032, where, for twelve hours, drugs and alcohol are legalized for everyone above eighteen. For the rest of the year, any form of inebriation is termed severely illegal. In this context, we follow the story of a teenager named Griffin, who is not so excited about his first Binge and would rather stay at home, as advised by his school principal. However, his best friend, Hags, wants to have some fun, and also, the girl he likes is going to be at the party of the year. A boy named Andrew tags along with them, and Griffin and Hags set out to make their first Binge the best night of their lives. As ridiculous as the premise sounds, the idea does catch our attention. One can’t help but wonder where the story finds the inspiration of its premise? Is it based on a true story? Here’s all you need to know about ‘The Binge’.

Is The Binge based on a true story?

No, ‘The Binge’ is not based on a true story. It is based on an original screenplay by Jordan VanDina and is directed by Jeremy Garelick. The concept of allowing a certain time window to legalize one of the most illegal things in the country comes from the hit dystopian horror film series, ‘The Purge’. The movie is set in a dystopian world where the New Founding Fathers of America have passed a law to create an event called The Purge. This allows a twelve-hour span to the entire country, in which they can indulge in all sorts of crime. Murder, theft, rape, arson, every kind of crime is legal in that night. ‘The Binge’ takes this premise and gives it the spin of comedy by focusing on teens and drugs, letting go of the crime and horror part of the original story. In this sense, ‘The Binge’ feels like a parody of ‘The Purge’, but VanDina didn’t set it out that way.

In his defense, VanDina hadn’t even seen any of ‘The Purge’ movies when he started writing the script of ‘The Binge’. He had only seen its trailer and the concept seemed quite interesting to him, so he decided to give it a comedic touch. This is not the first time he wrote a script in this manner. In fact, for a long time, VanDina had indulged in writing parody scripts of popular movies. He would call them weekend scripts because that was the time he would allot himself to finish the story. He started with a version of ‘Fast and The Furious’ franchise, where he imagines the protagonists going into the past and racing Hitler, in what he calls ‘Fast and the Fuhrer’. In this instance as well, he hadn’t seen any of the original movies.

Over the years, he wrote several such scripts, just to keep himself busy. He never gave much thought to them because he knew that none of these scripts was ever going to get made. Eventually, however, he wondered if one of them could be turned into a movie. ‘The Binge’ became the turning point here and then Garelick and Vince Vaughn came on board. They added their own touch to the story, with Vaughn relying on his improv skills to give an added edge to his character.